“I was wondering why stand-up is good,” said Shane Gillis, a stand-up comedian who has been performing for about six years. “It’s just because you get to pay money to sit in a room and hear a guy tell the truth and you don’t see that anywhere else.”

When people go to a comedy show they don’t want to be offended, but it may be something that comes with the territory.

Many comedians agree that there aren’t too many restrictions on jokes, but some comedians are able to pull off taboo jokes more comfortably than others. Some even use the reaction to certain topics to come up with new material.

“I definitely go for the shocks on some of my jokes,” said newer comedian Shawn Gardini who has been in the scene with about eight months of experience under his belt. “But I also think that’s what’s funny – that’s why I say it.”

He mentions that the line gets drawn at a weird place for some topics. When he talks about a joke where he eats babies, it’s fine as long as you don’t get specific about the race of the baby. Because he isn’t targeting a group of people with a joke, it is usually acceptable for the audience. 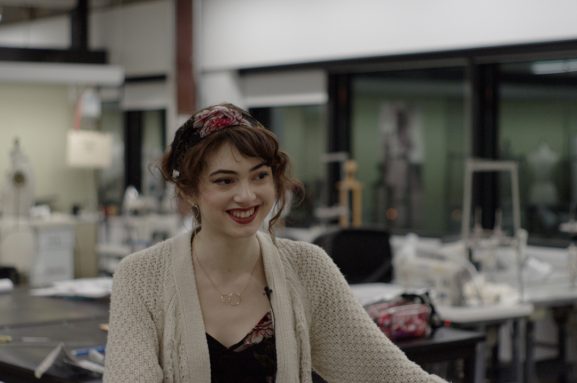 There are many ways to learn how to tell a good joke. Much of this comes from experience of the comedian and what type of style he or she does.

A big name comedian like Amy Schumer, for example, is known for her sex jokes so it’s no surprise that she doesn’t get into trouble when talking about certain things in her comedy routines.

The media went crazy when Louis CK admitted to sexual wrongdoings at the height of the Me Too movement in November 2017.

A search result for Aziz Ansari’s name will quickly produce the allegations of sexual misconduct published in an article by Babe.

The Me Too movement continues to roll through Hollywood and it has lead to more and more jokes about many once respected comedians.

Big names in the business are always going to be in the spotlight more often than local performers in the Philadelphia area. This makes it easier for them to get in trouble from a national audience that the local comics don’t have to be concerned with.

“There’s bad people out there and some of them happen to do comedy,” Gardini said. “Even though comics do make bad jokes, everyone is on the same page where shit like that is wrong. People like that immediately get ostracized from the community. They get banned from mics as soon as word comes out.” 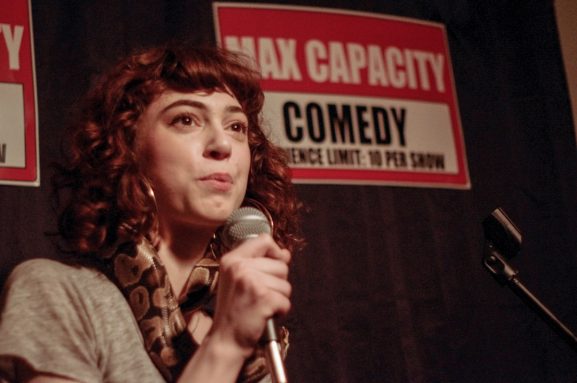 Comedians in Philadelphia have their own Facebook group called Philly Comedy Network. The group is a great way for the community to talk and communicate with each other and it’s not only used for the promotion of events and people around the city.

Members will post anything that they think the rest of the community should take notice of. The reaction is almost instant and it shows how closeknit the Philadelphia comedy community is.

“Sexual harassment in the comedy scene is real and it exists,” said Kattoo King, a Drexel University fashion design major who has been performing stand-up comedy for the past two years. “I think it’s a combination of two things; one, you are a woman in a male-dominated world and two, you are a woman who is openly putting herself out there and her views and her writing and her art for public consumption.”

King said that this isn’t just in comedy and that it happens in any kind of job where you perform, like acting.

She doesn’t feel that the joke types have changed, even with the big name comedians getting ousted for sexual wrongdoings.

“Especially when it comes to Louis CK, a lot of people in the comedy community knew what he was doing before it was public,” King said. “They didn’t care then and they kind of care now, but not that much.”

King thinks that in some ways the more fame the comedians have, the more consequences they suffer from when they get caught in acts like sexual misconduct.

“It’s not like stand-ups were looked at as great members of society before all this stuff happened,” Gillis said. “No, I don’t think anything is affected. What? Just because Louis got caught… No, that’s changed nothing. He’s still the best.” 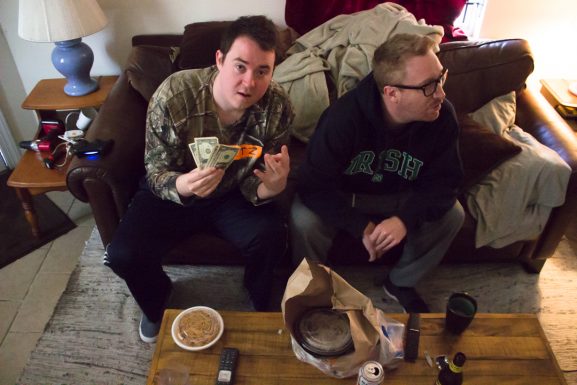 Another thing that can be hard to write jokes about is politics. It’s something that is being taken more seriously since the most recent presidential election.

According to the 2016 Presidential Election results from the New York Times over 82 percent voted for the Democratic candidate, Hillary Clinton, in the city of Philadelphia. The surrounding counties of Chester, Delaware, Montgomery and Bucks all had a majority vote for Clinton as well.

With the climate in the city geared towards one side, it can be harder if a comedian with a different point of view tries to tell a political joke. The audience might see comedians in a different light.

“If you go to a party with a bunch of people and they’re all liberal and somehow you love Donald Trump, it’s more brave than if you said you don’t like Donald Trump because you risk more,” said Lyle Drescher, host of the DIY comedy show Cave: A Comedy Open Mic. “People kind of like that shock element as long as they are not being offensive.” 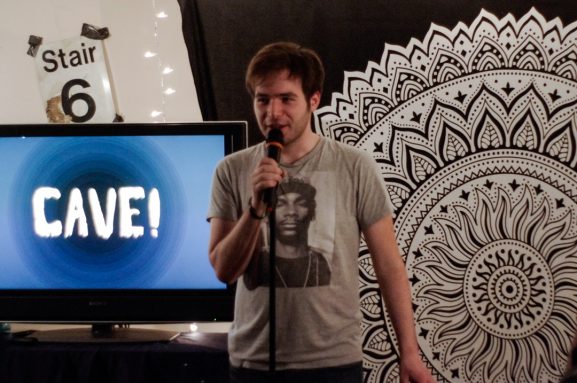 Some comedians even see it as a bailout now when a comedian makes an anti-Trump joke because it is too easy.

It seems to be a fad in comedy that is sticking around. Drescher, who has been performing for the past four years, feels that current events don’t need to be joked about.

With the political atmosphere stretching to covering almost every aspect of life nowadays it seems that it even stretches over to other touchy subjects like race.

With the increased hate crimes following Donald Trump’s election, Philadelphia had to take action. In 2016 and 2017, the city’s District Attorney’s office created a Hate Crime Task Force and a Hate Crime Hotline, respectively.

These attempts to support civil rights are nothing new to the City of Brotherly Love. The Philadelphia Commission on Human Relations is a multi-level agency aimed at preventing intergroup conflict that was established in 1951.

On Dec. 3, 2009, 26 Asian students were attacked at the South Philadelphia High School resulting in the Widening the Circle of Our Concerns reports that were conducted in 2010 to address the problems of racism within the city’s school district.

With all the problems with race in the area, and in the country in general, it can be tough to make jokes about certain race-related subject. What makes a good comic is that they are able to make many different demographics laugh regardless of the material being used.

“It comes from just being honest,” Gillis said. “I’ll do shows where I’m the only white guy in the room.”

Gillis points out that many people today are afraid that they might come off as racist, but adds that everyone has their own biases in one way or another. 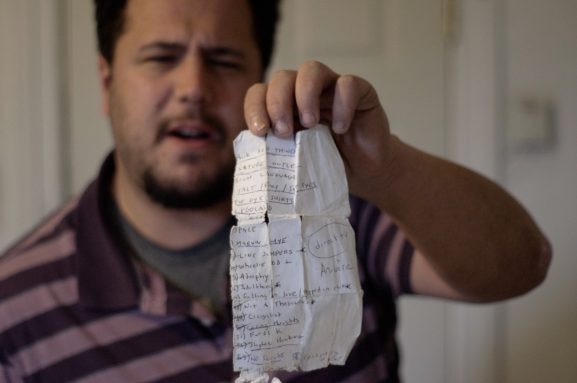 “I feel like you hear a lot of newer comics talk about [race] with no nuance or no perspective,” said Jarrod Little who has been in stand-up for about a year. “They are just coming up with their point of view.”

Little went on to say that as comedians get more experiences, they gain their voice on the stage a little more. That helps comedians to talk about more serious topics like race while still having the audience understand where they are coming from.

There will always be someone that will get offended by something, and in comedy that can be seen as a positive thing for comedians that want to take advantage of the crowd.

Whether it is a joke about sexual violence, politics, race or even something as difficult as a school shooting; there will almost certainly be a joke made about it. Whether the crowd will react positively or negatively is another story altogether.

The shared sentiment between most comedians is that as long as you have a good grasp on what you are talking about and know how to make something funny, go for the laugh above all.

Many Philadelphia comics are not at the level of big name comedians that are known internationally and, to an extent, that may help them if they are to ever say something that is considered offensive.

“The nice thing about being a regional comedian is that very few people see your work,” King said. 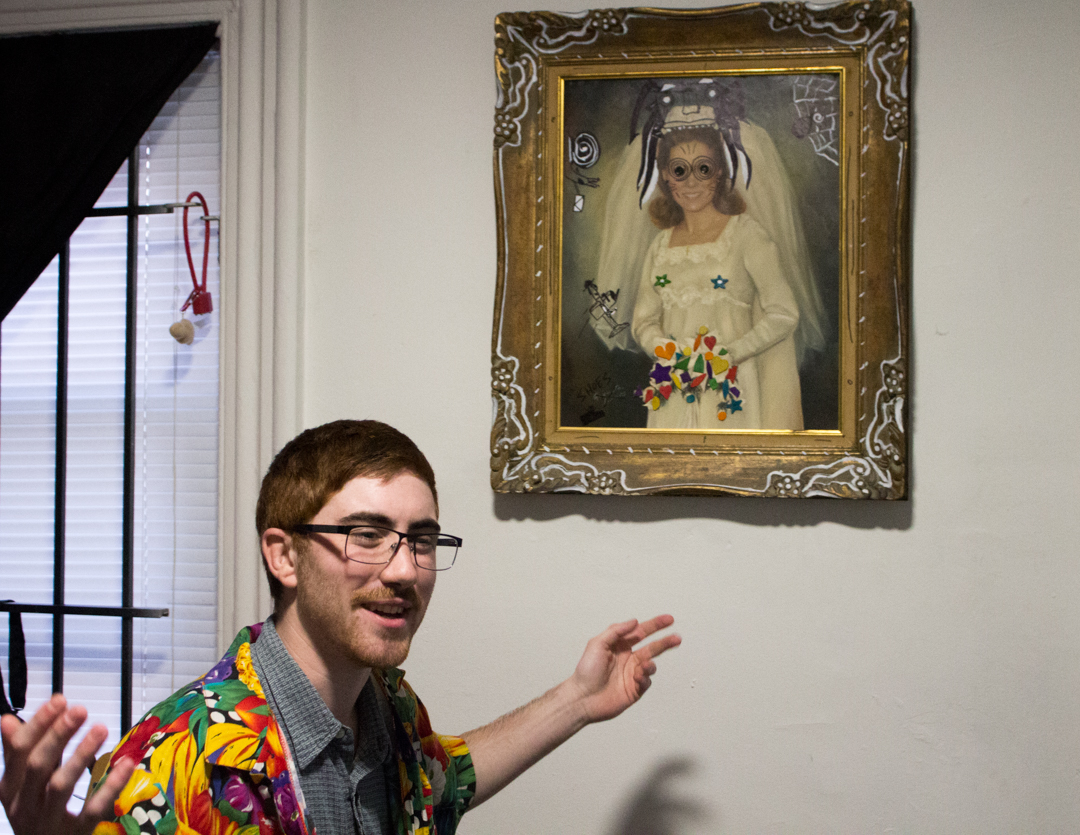 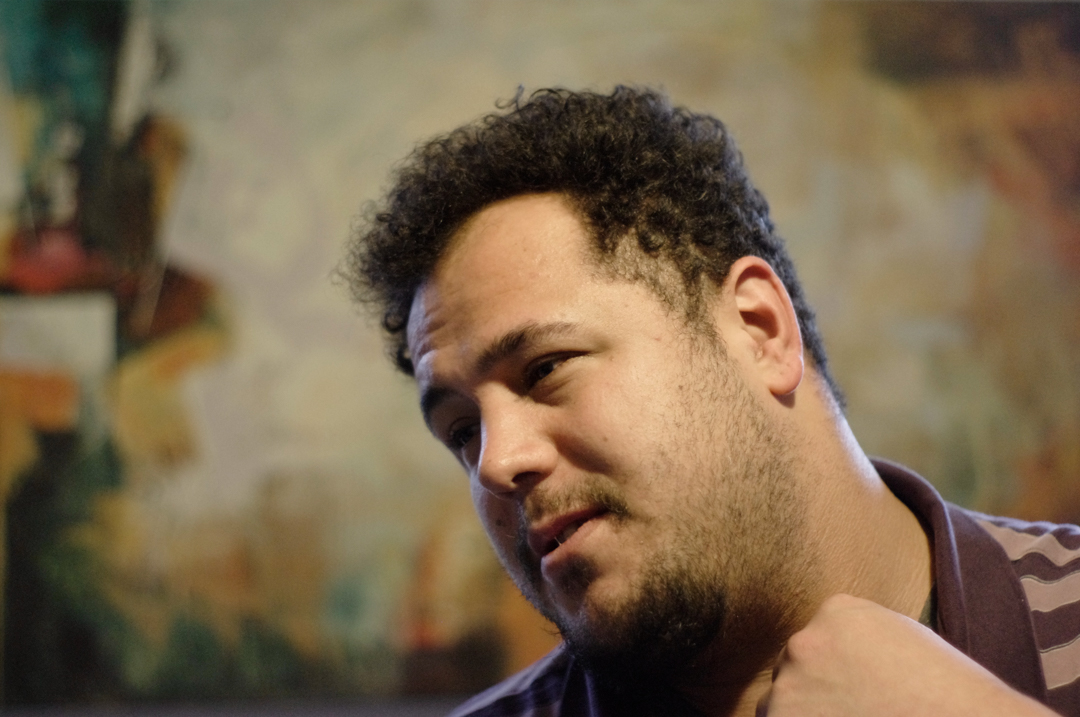 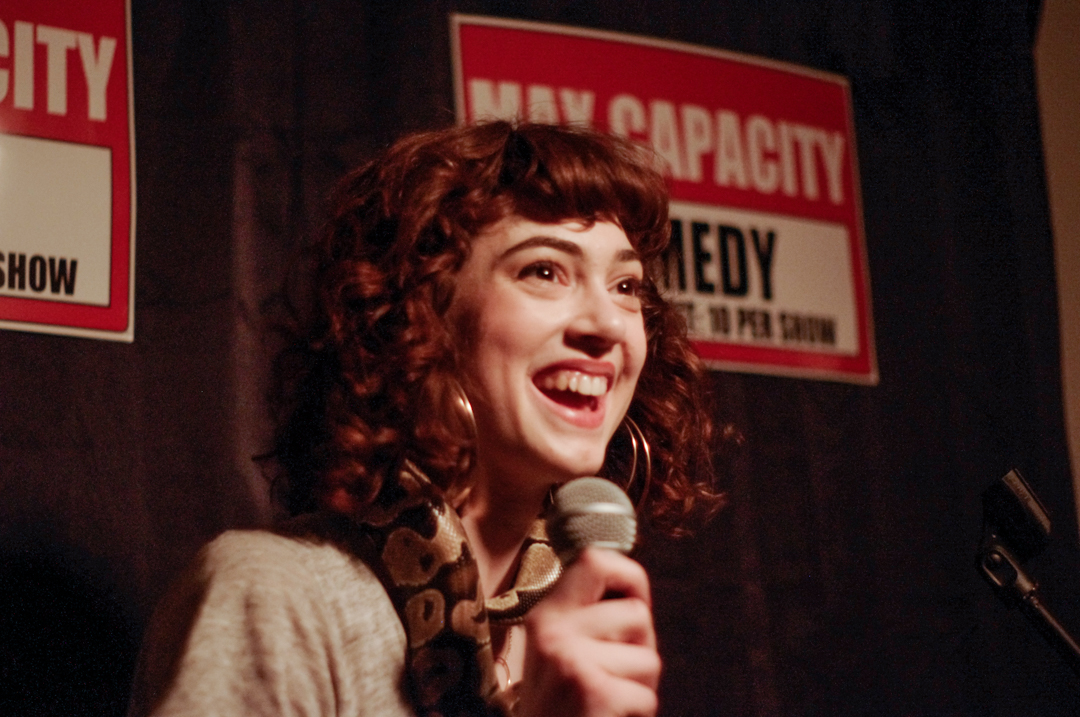 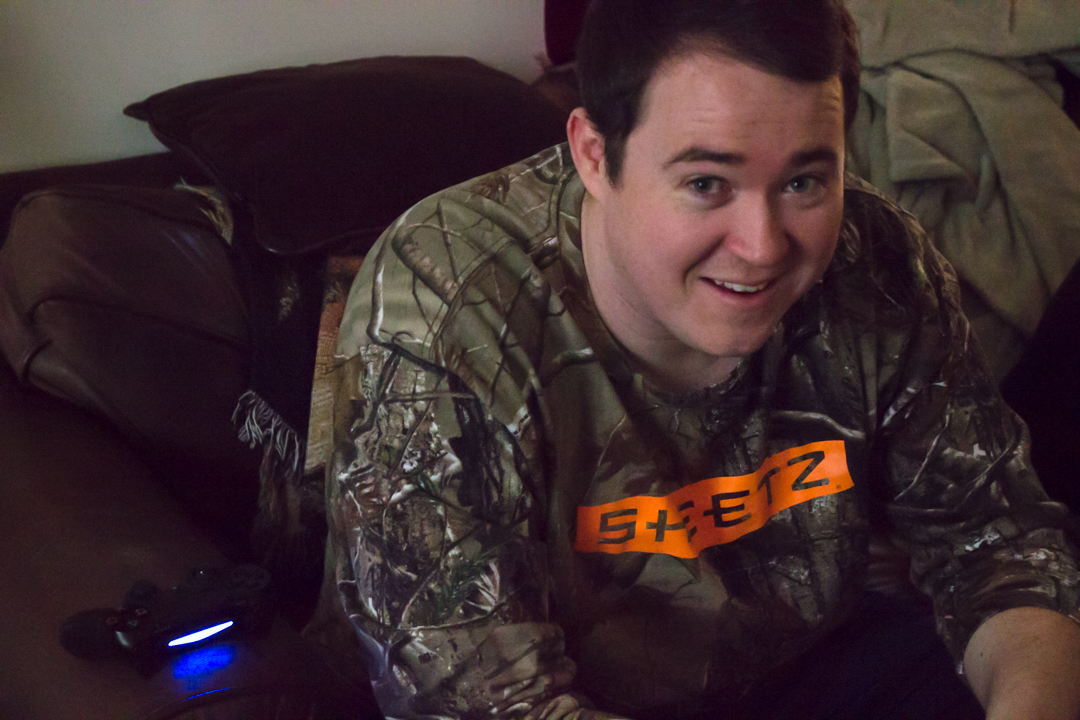 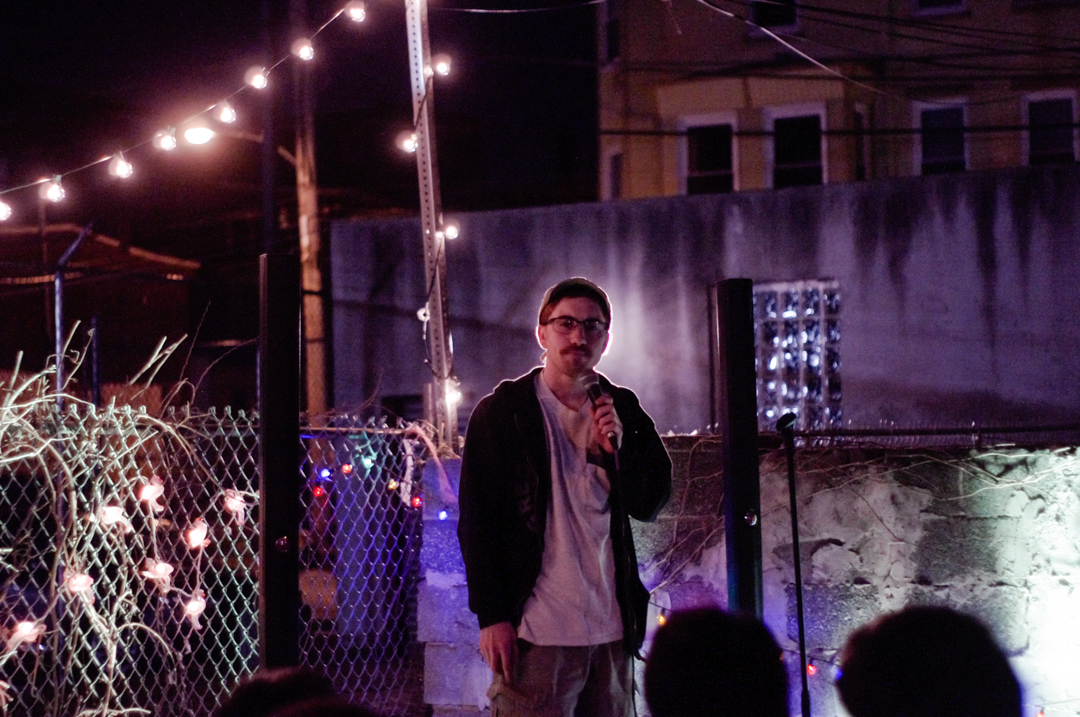 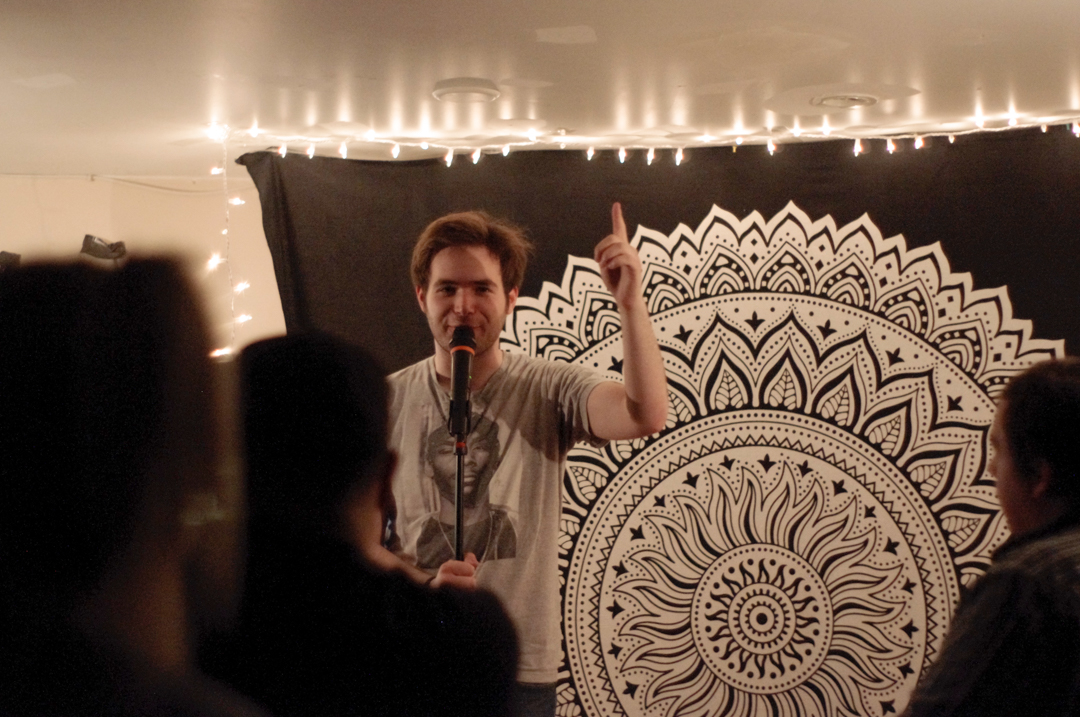 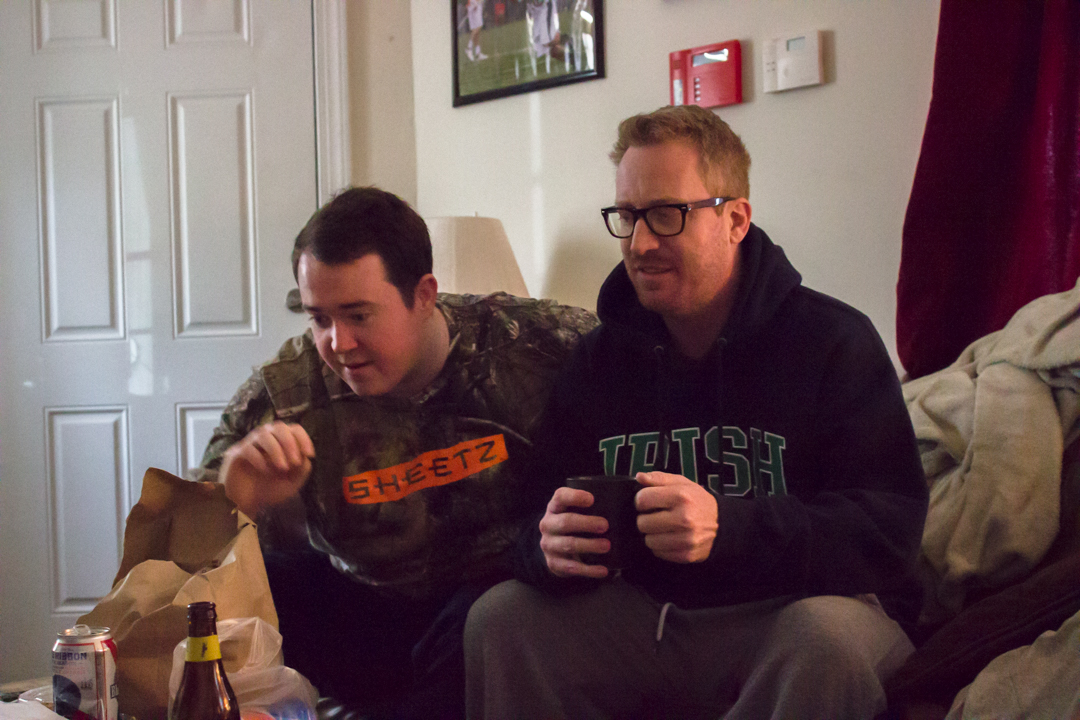 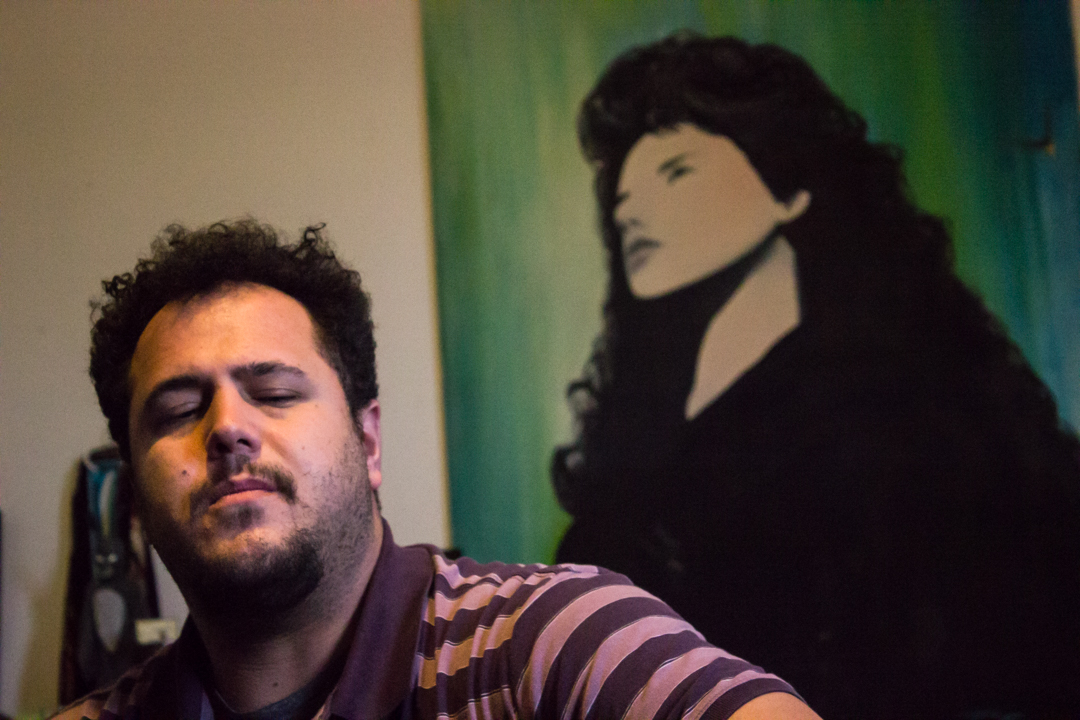 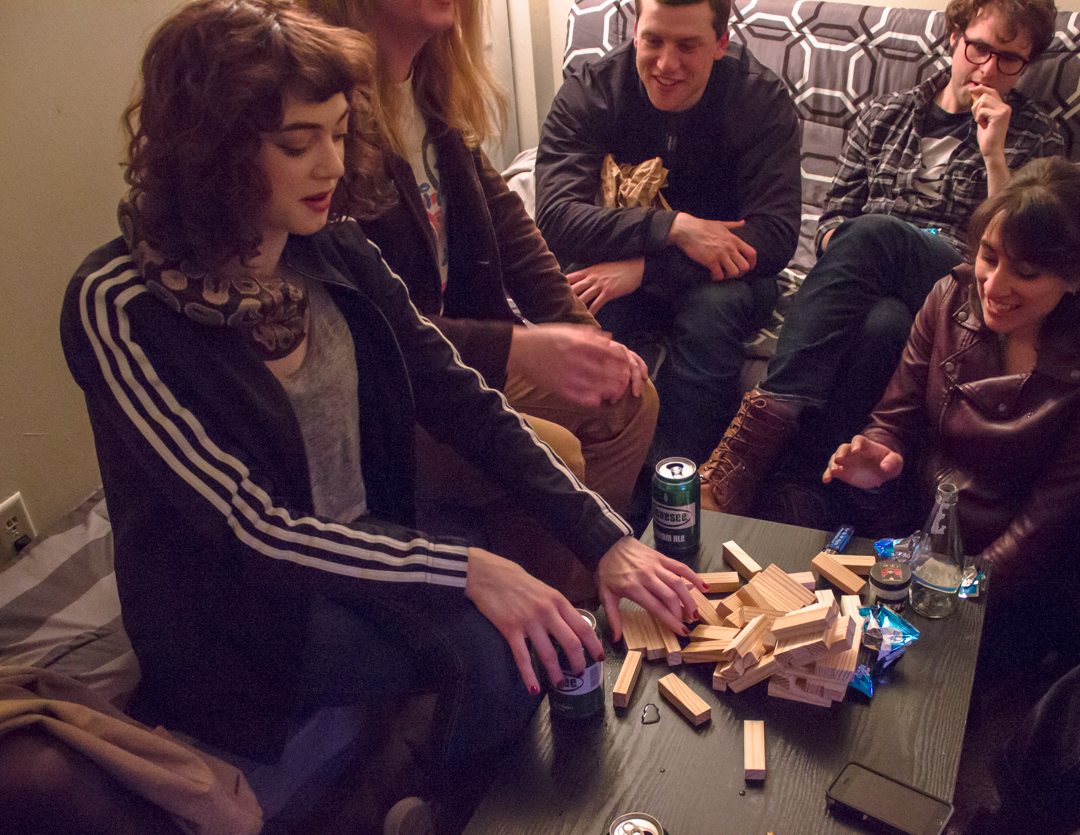 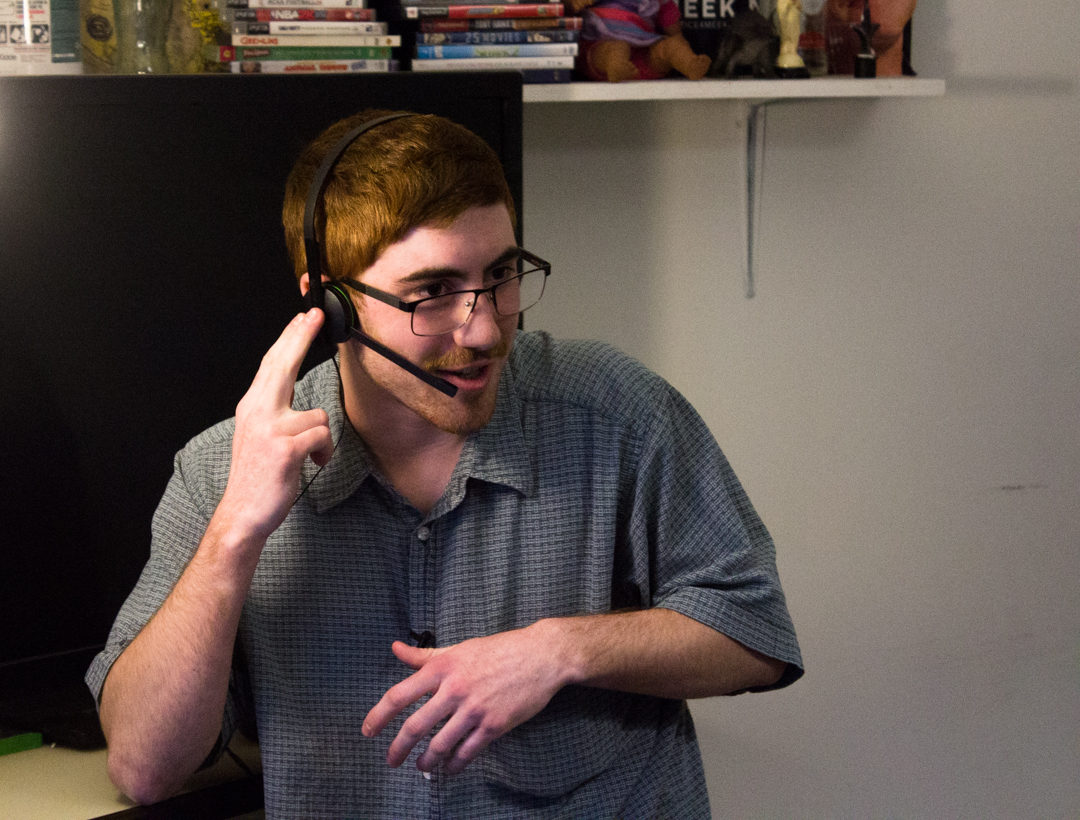 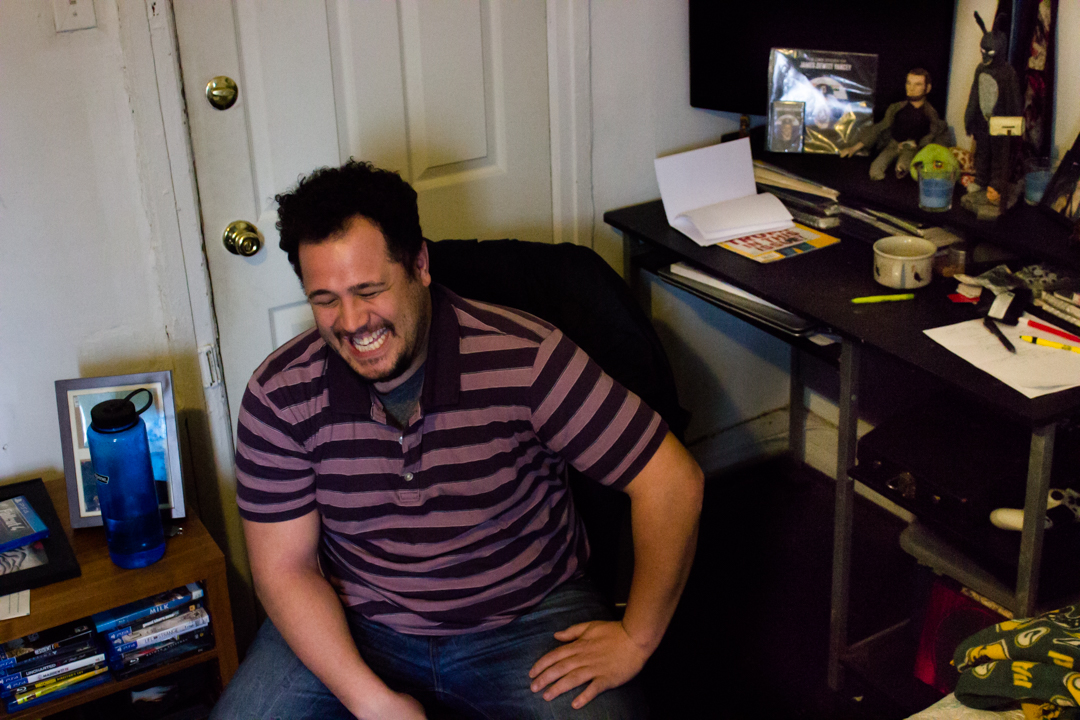 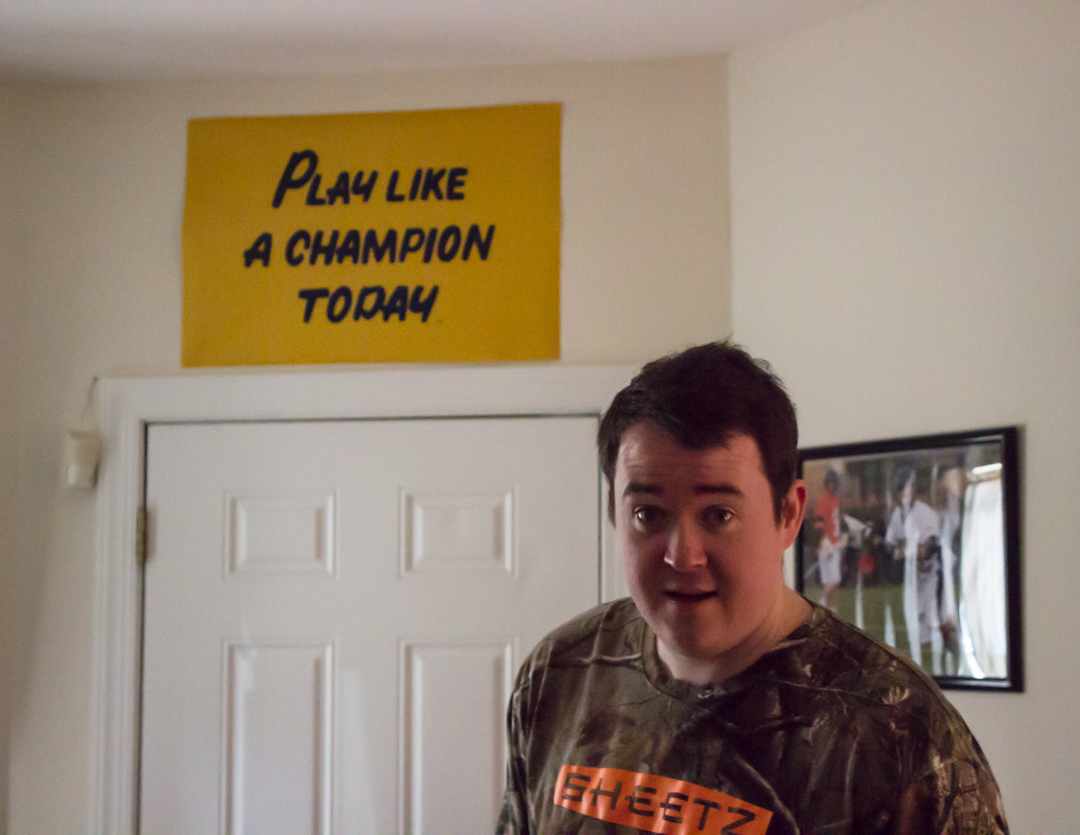 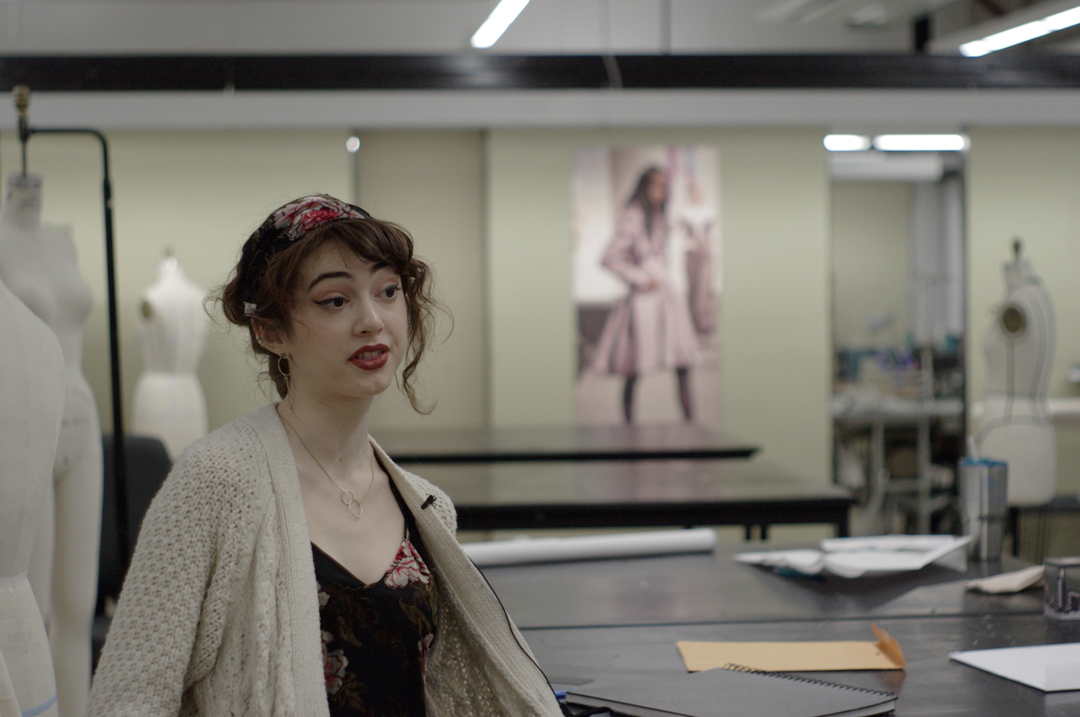 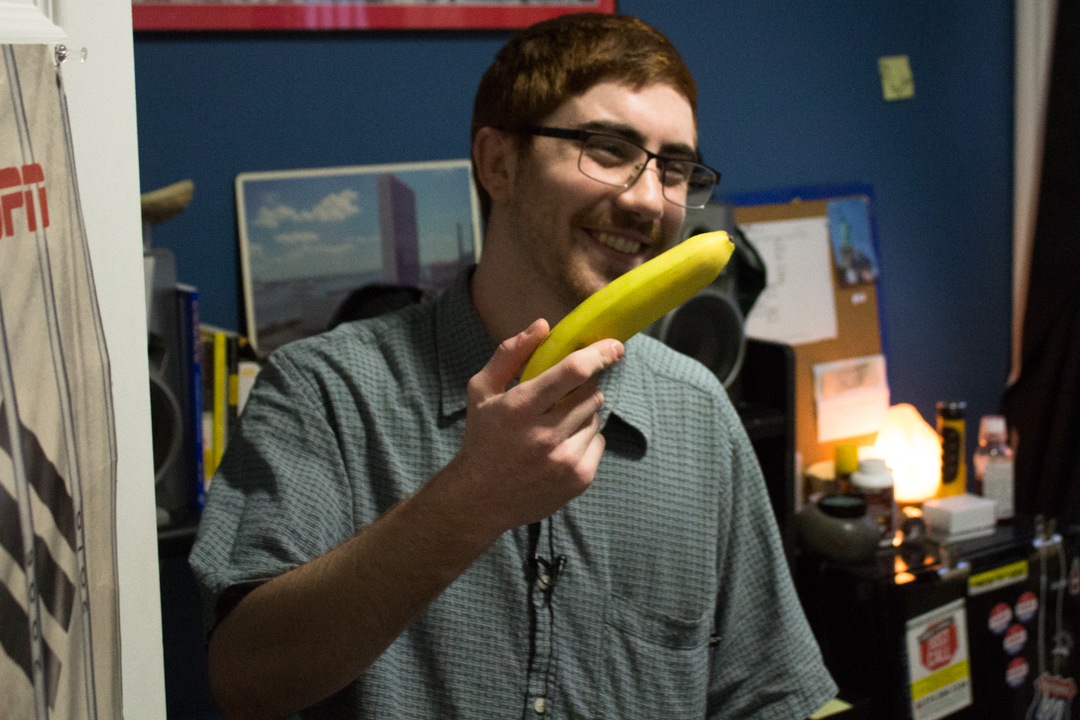 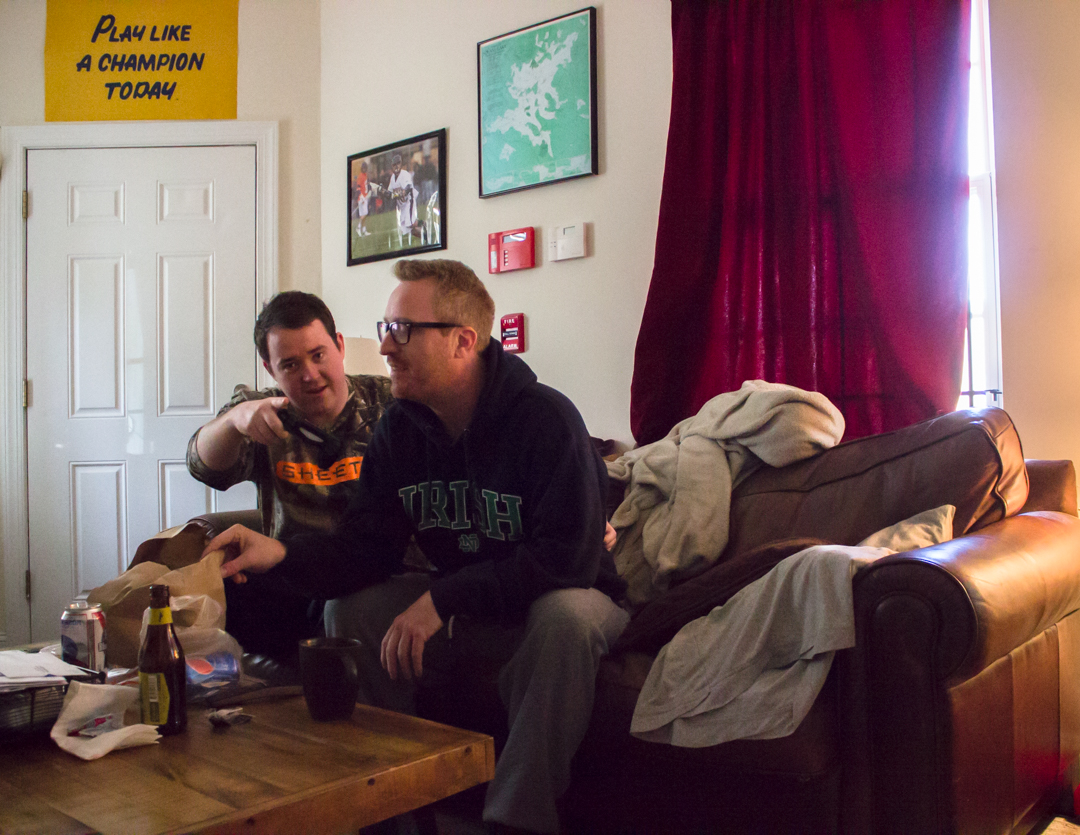 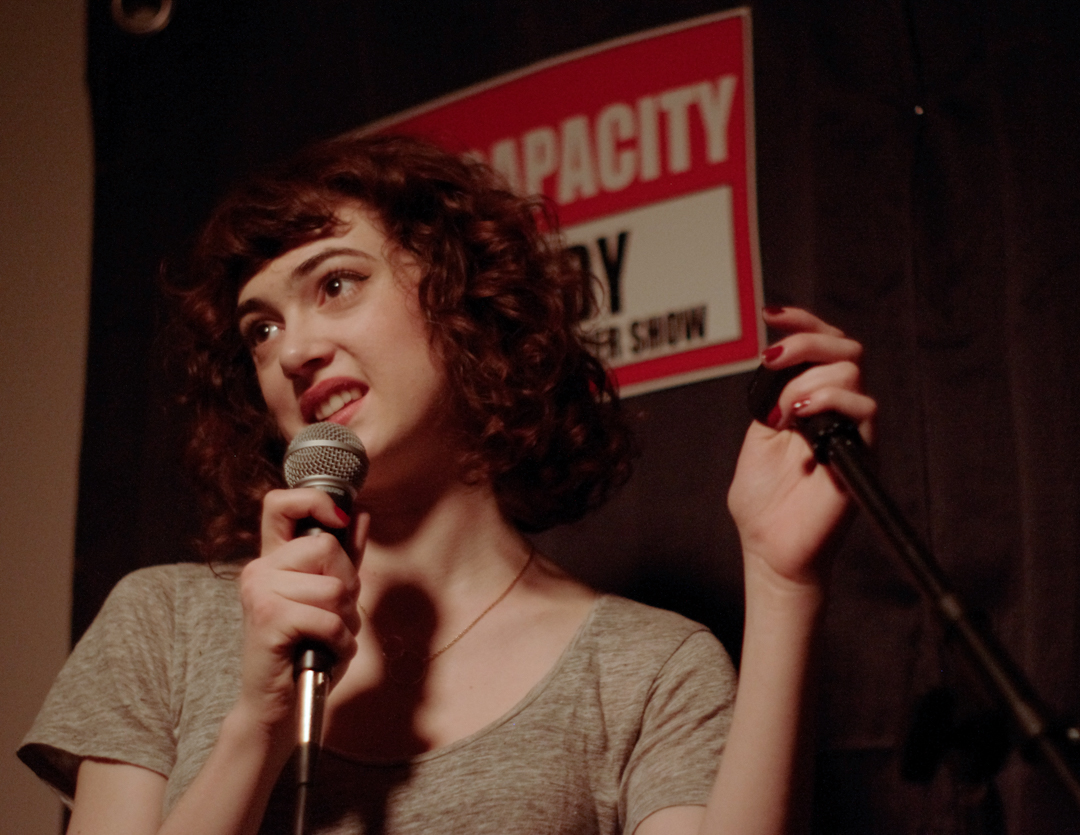 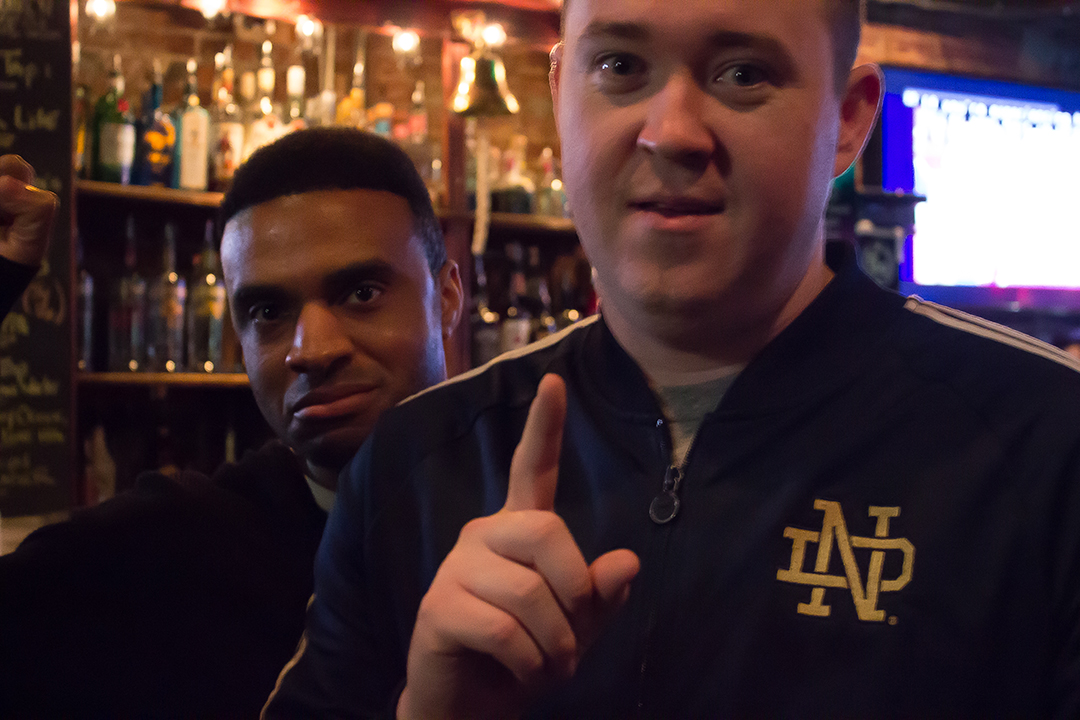 -Text, images and videos by George Means and Chris Linvill.

Port Richmond: This Week In The News – Mapping Progress And A Car Theft Suspect Identified

In case you missed it, we found a few places where people were talking about things happening in Port Richmond: Mapping Progress in 55 Philadelphia Neighborhoods– Tom Ferrick took factors like crime, household income, population, […]

April 23, 2018 Means George Arts and Entertainment, How To, West Philadelphia  0

Improv comedy is a relatively new art form in which many of its performers advocate the benefits which extend far beyond the stage. The National Alliance on Mental Illness indicates that one in five American […]

According to the National Coalition Against Domestic Violence, domestic violence accounts for 15 percent of all violent crime in the United States. Incidents can be found in most, if not all, communities across the country. […]