But the main attractions were three puppies decked out in colorful bowties. 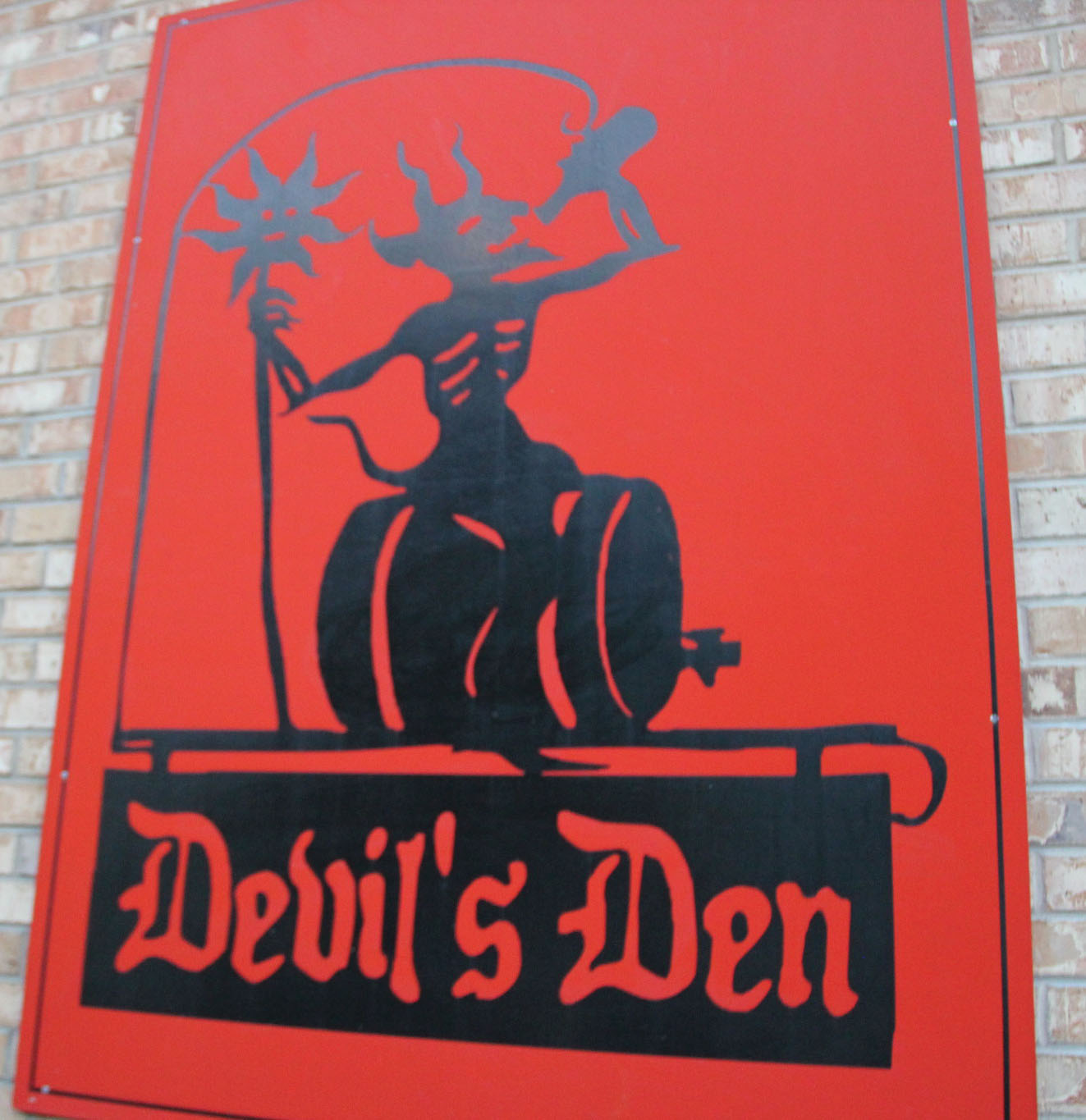 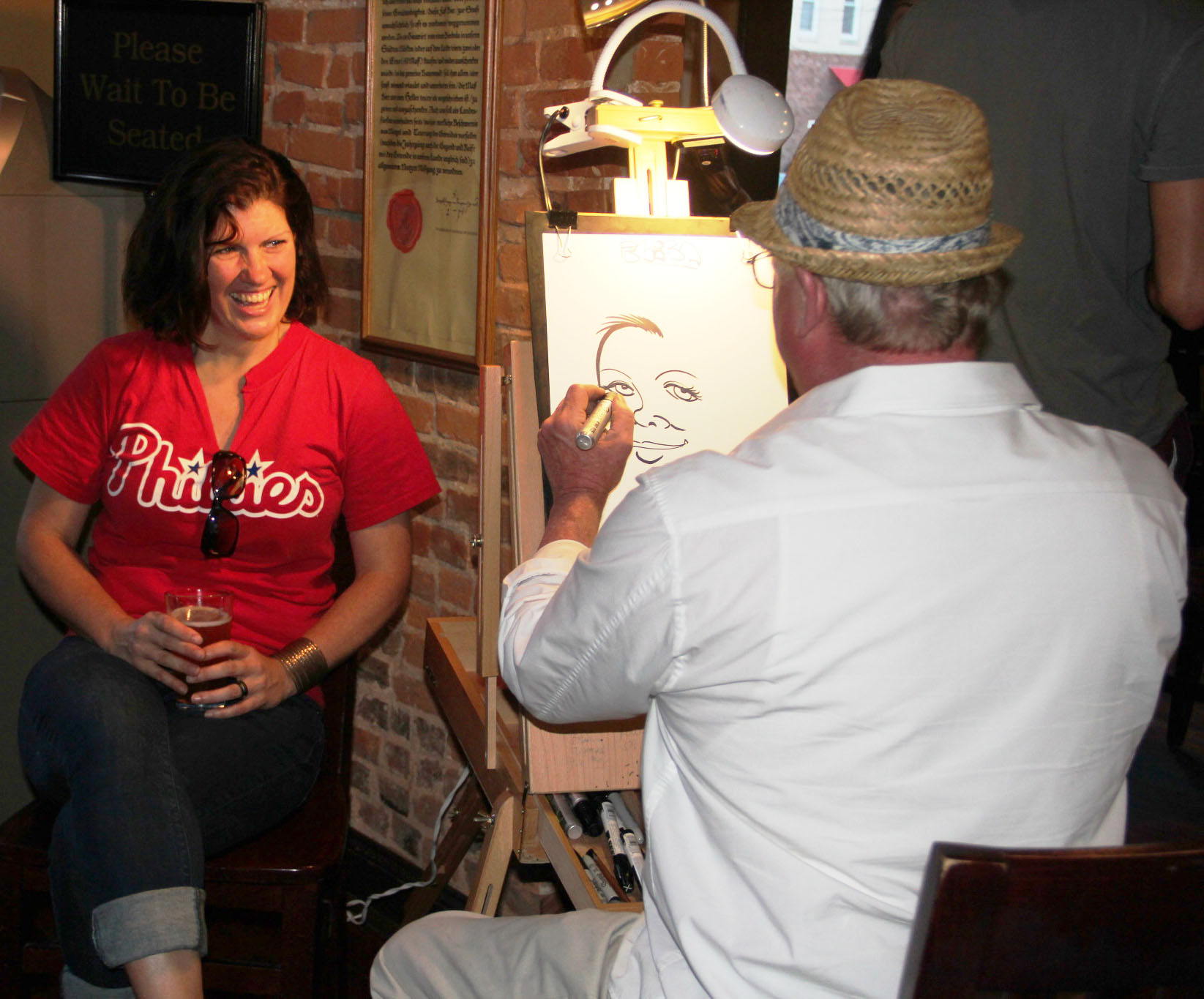 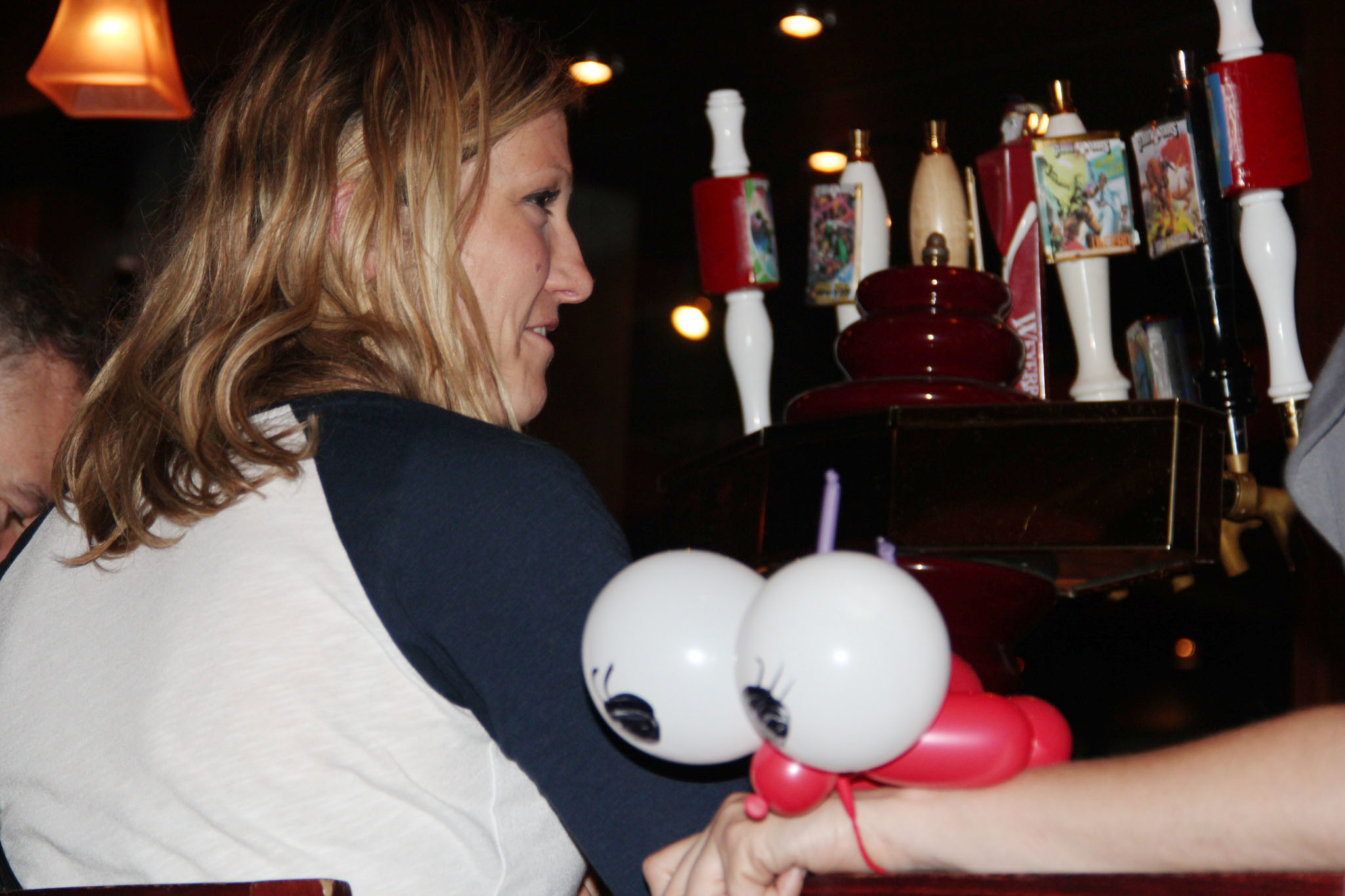 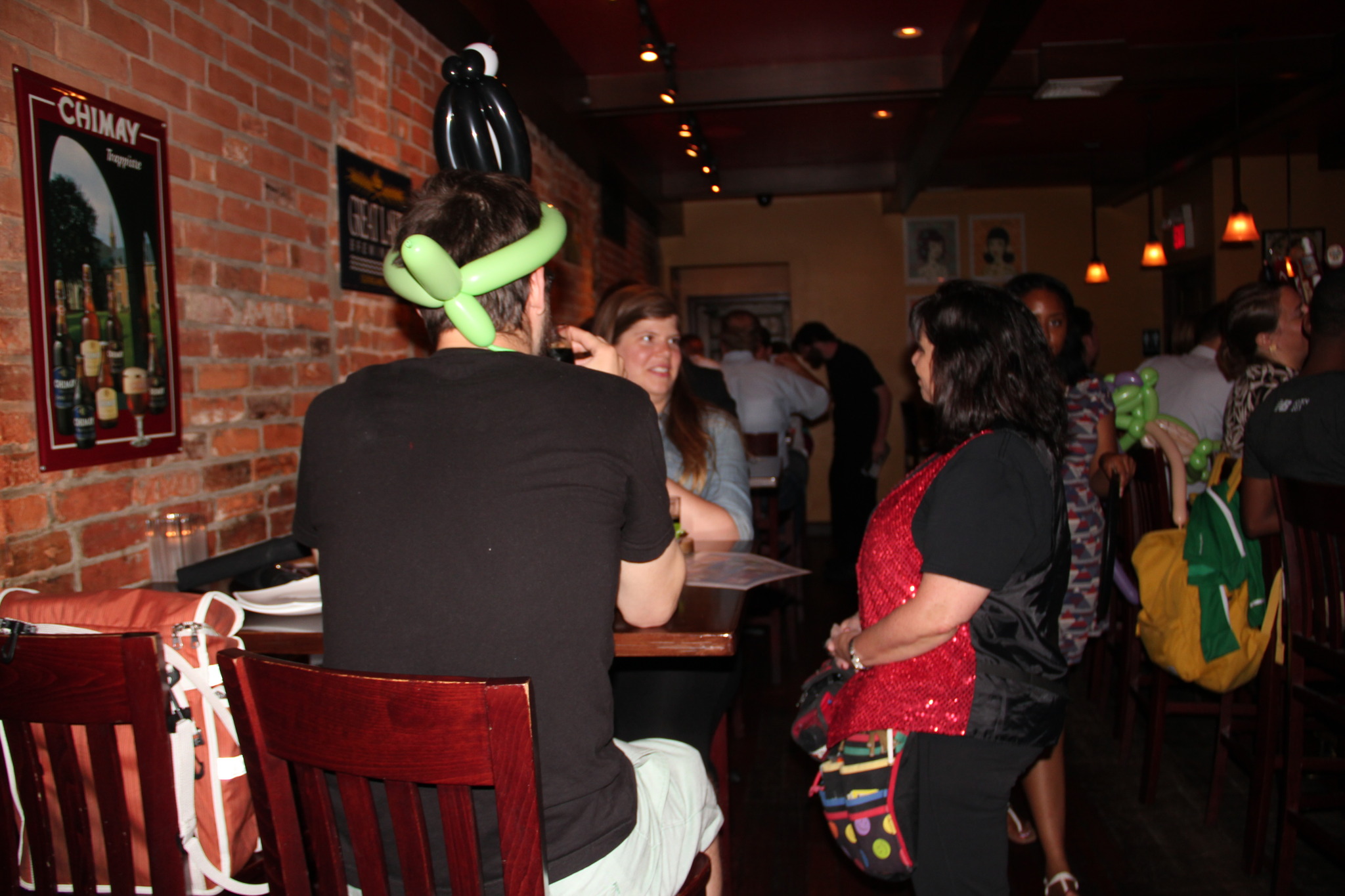 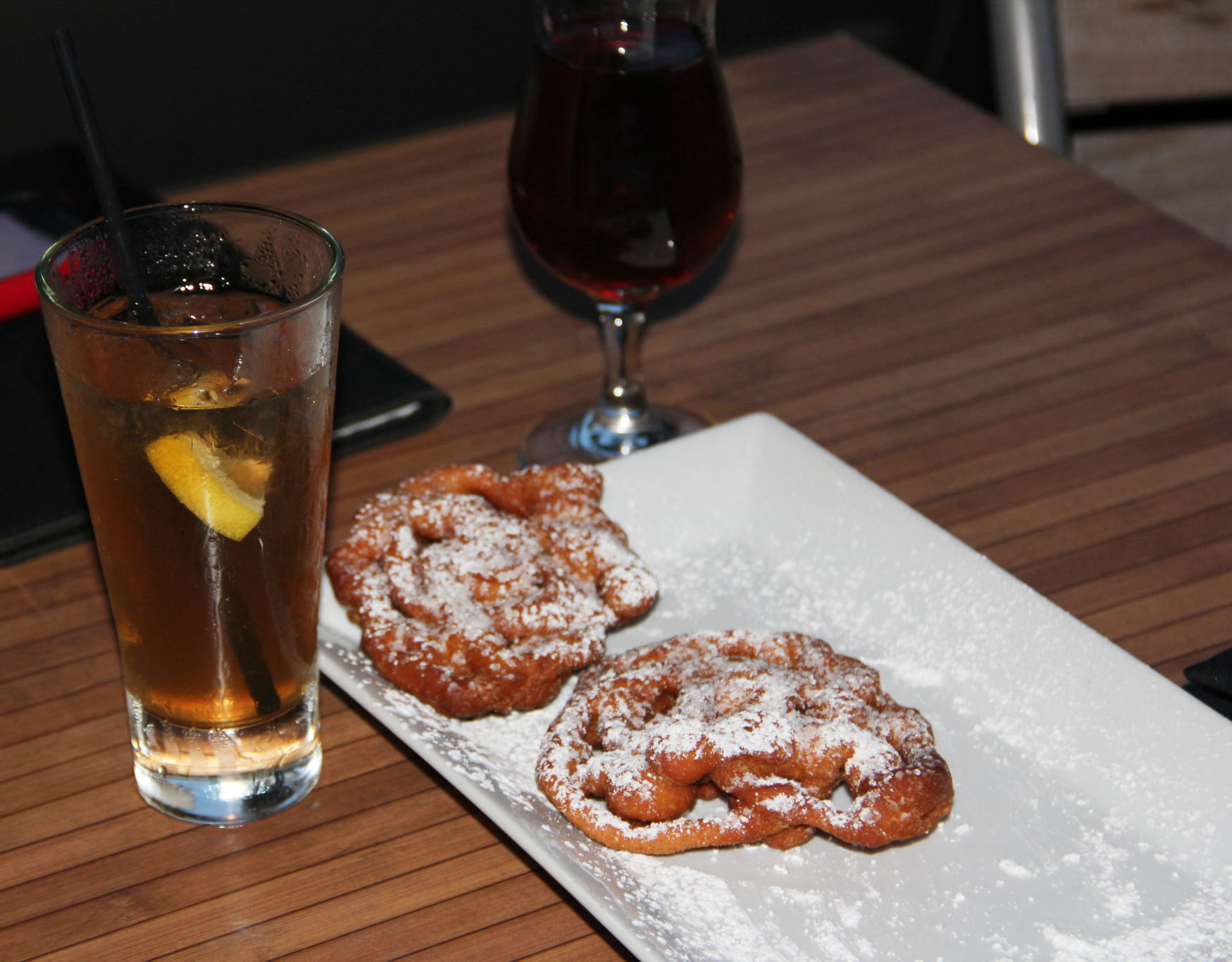 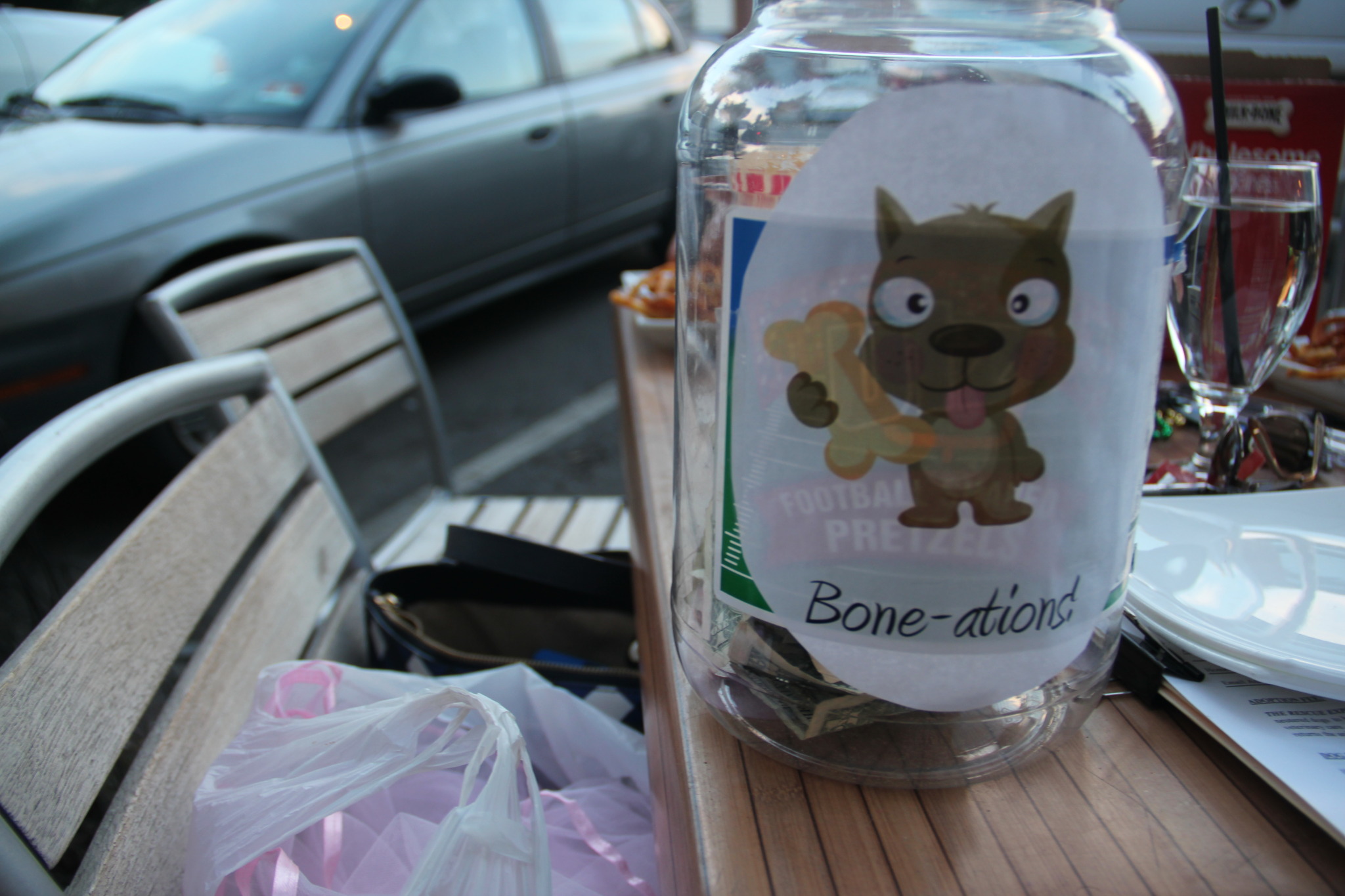 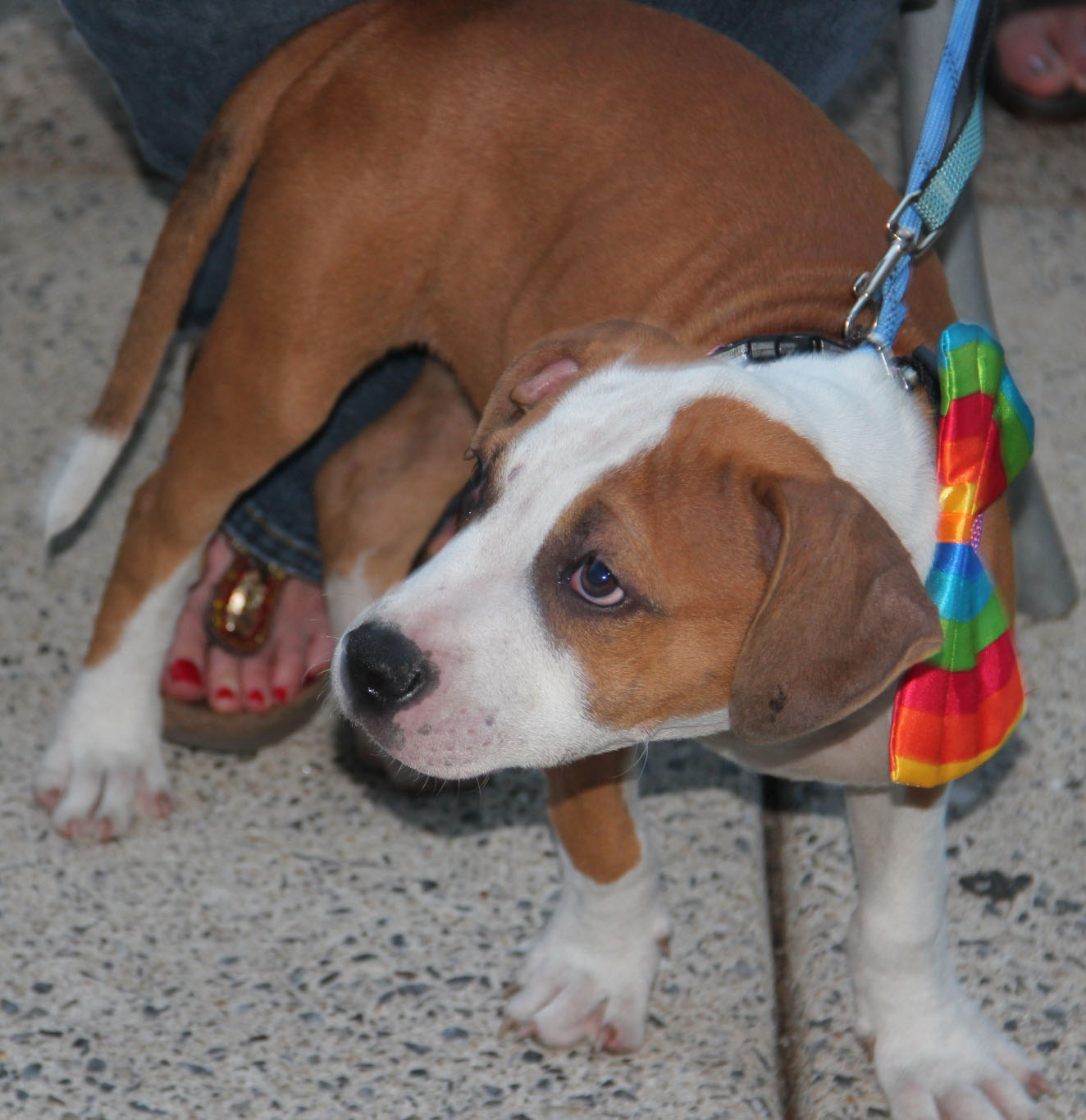 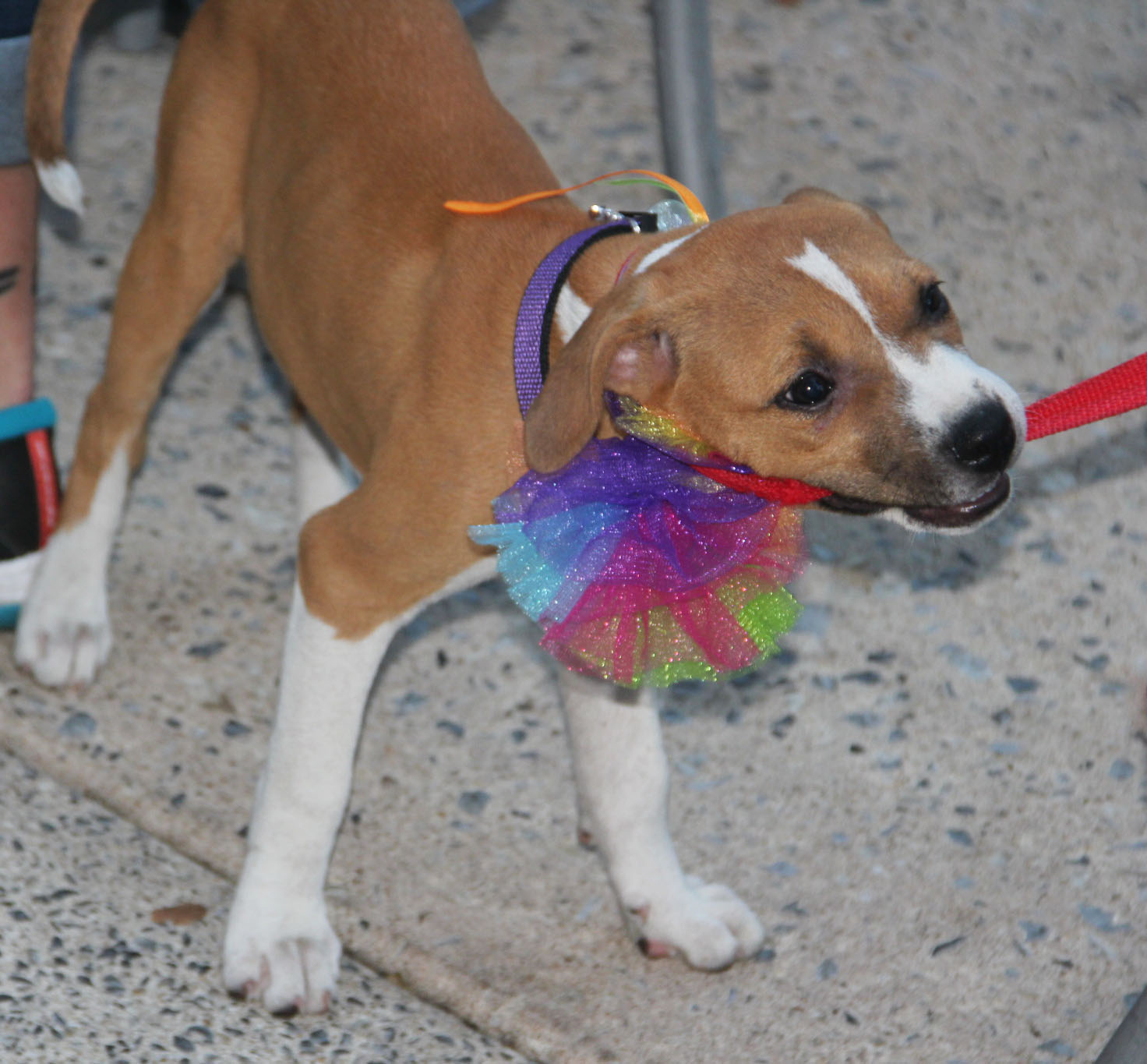 <
►
>
Many patrons hungout outside and made donations to the Rescue Express.

Devil’s Den’s manager Elisa Reape-Irish first came up with the idea to do an animal welfare benefit when she read “designer funnel cake” on a customer’s comment card. When the opportunity to do a collaboration with the Massachusetts-based Clown Shoes Brewery presented itself, a carnival celebration was a no brainer.

However, a conversation with local resident and Devil’s Den regular Christine Risley added a whole new element to the festivities. Risley was looking for a way to raise money for The Rescue Express, a non profit animal rescue organization.

“She was telling me the agency was completely broke,” said Reape-Irish. “I thought, ‘Let’s just tie it all together.'”

In addition to setting up a donation jar, The Rescue Express brought three puppies that were up for adoption. Pint-sized and adorable, the canines hung around bar-goers as they munched on carnival fare and were spooked by the occasional popped balloon. But they escaped a past that was far more dramatic.

The three puppies were very recent rescues from a high-risk shelter in the South. Risley implored that the dogs were given no food or water and they were locked in cages.

The organization receives about 1,000 emails per day about dogs that are going to be euthanized at 7 am the next morning. According to Risley, 98 percent of the animals in these facilities face gas chambers. The Rescue Express volunteers will go to great lengths to save these dogs.

“We have had volunteers that have slept overnight in cars with these dogs just so that they are not euthanized,” Risley said.

Fortunately, the night’s efforts were a success. A Devil’s Den bartender was so smitten with Lady, a Rescue Express dog, that he filled out her adoption paperwork.

“We’re saving a bucket in the ocean,” said Risley.  “What we do compared to the giant problem is so little but for each dog we save, it’s a beating heart.”

– Text and images by Jackie Nelms and David Zisser.

The Foodery, a craft beer bottle shop located in Northern Liberties is one place in the city that is set for Philly Beer Week. The celebration lasts 10 days, starting last Friday and running to […]

East Coast Midways will be running a midway carnival in Fairhill at Somerset and Second streets through Sunday. The Maine-based company travels up and down the East Coast between Philadelphia and Maine, giving percentages of […]