Mexican culture is a major focus for the Spanish-speaking community that gathers in the salmon colored building on the corner of 17th and Dickinson streets in South Philadelphia.

In 2010, the Mexican population was 15,531, or 1.0 percent of the Philadelphia population. Casa Monarca wants to promote the Mexican culture and traditions through social, cultural, and educational programs and events that engage the South Philadelphia community.

“We do focus on the Spanish-speaking population in South Philly but we welcome everyone,” said Tuz. “We have people whose first language is not Spanish who just want to learn Spanish.” 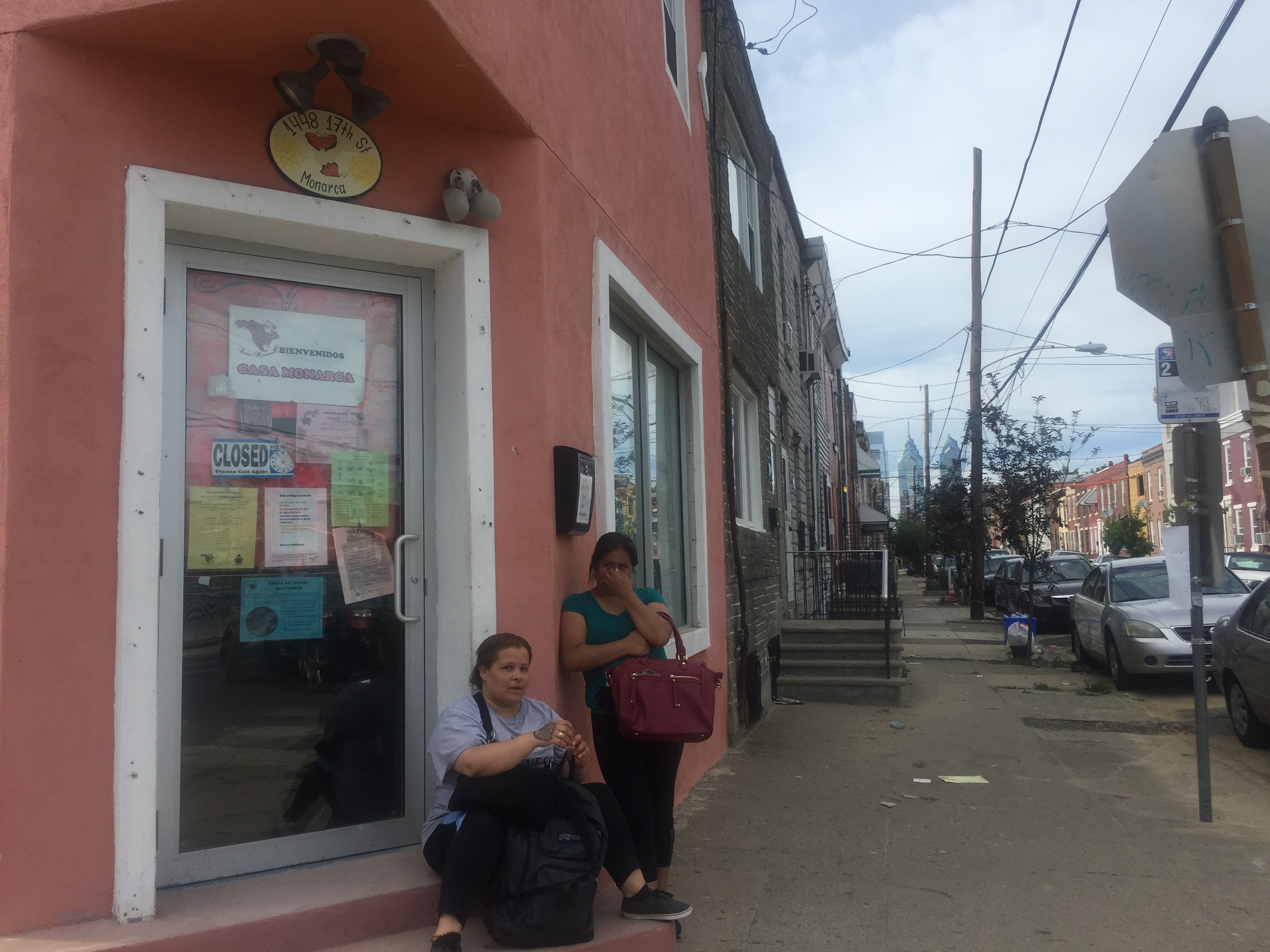 The organization provides care and educational support for people of all ages. One of the many reasons people come to Casa Monarca is because they can speak and learn in their native language.

“This is a place where people can just come in and talk to someone who understands them,” said Tuz. “They don’t have to feel the pressure of not knowing the language. Here, they have a place where they can fit in.”

The visual arts course is a workshop for children to have the opportunity to play with symbols and figures of the indigenous people, where their families migrated from.

They can learn different techniques in sculpture, mud, paper market and painting.

The summer camp is similar to the visual arts course because it is centered on children and is a place where they can participate in cultural and educational activities in Spanish. Casa Monarca also provides a preschool game group, which is for children under five. The children can engage in learning activities, songs and just have fun.

Casa Monarca offers a computer center for the general public every Saturday. It is free and gives people the opportunity to use the Internet, browse through social media, complete schoolwork, write letters and basically use the computer at their own wish. 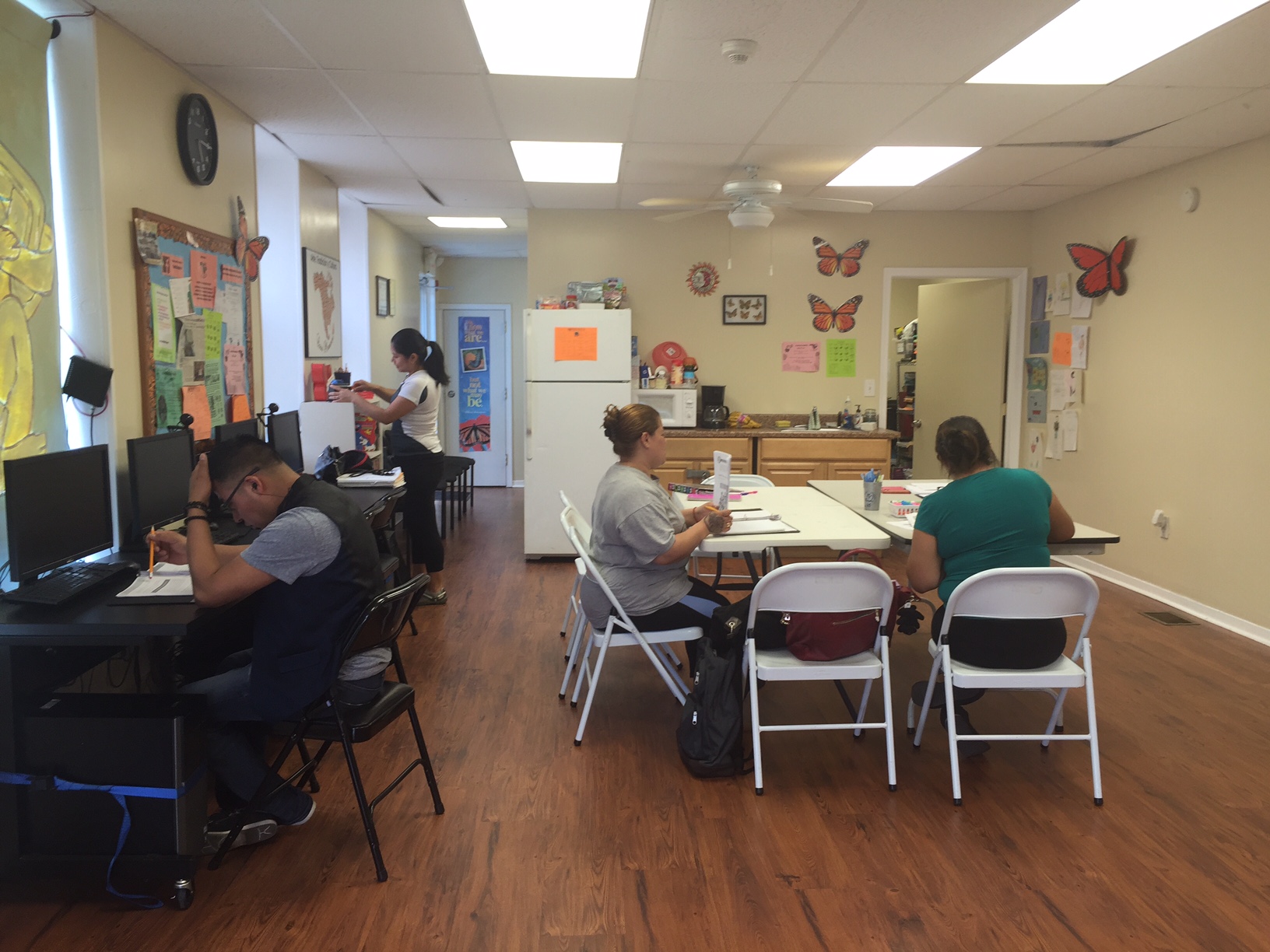 “I like being able to educate other people and show them that they can do it,” said Tuz. “They are investing a lot of time into this and the fact that they want to go to community college and get an associates degree, it makes me happy that they are excited about it.”

For more fun courses, Casa Monarca provides a cooking club and a Girl Scouts group. The cooking club meets once per month to learn how to make hearty and delicious traditional Mexican meals. People can also share and exchange recipes and cooking tips.

The Girl Scouts group is the first Spanish-speaking troop in South Philadelphia. The girls practice Spanish, hang out with friends outside of their school, and learn to develop plans and set goals for their lives. 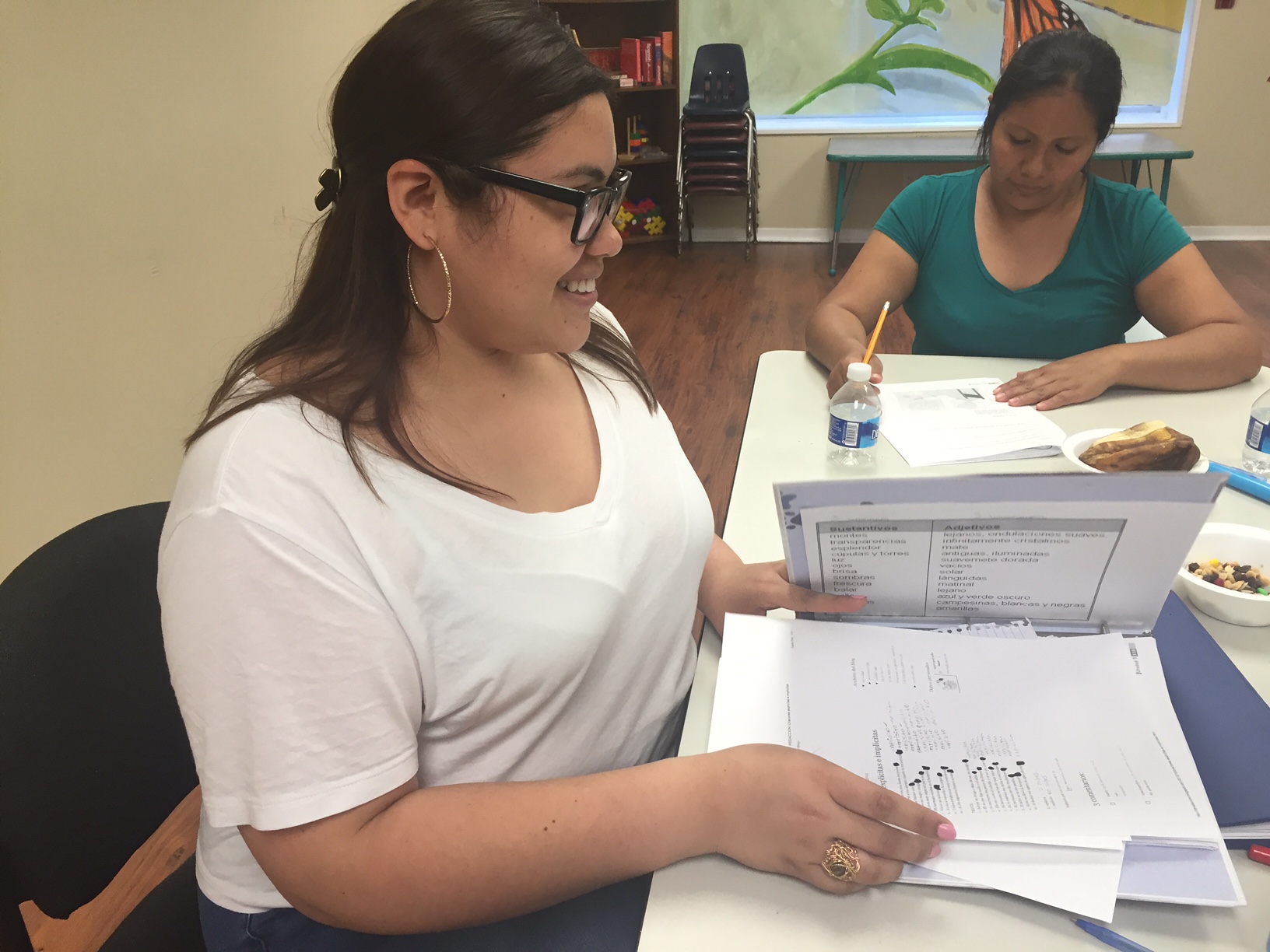 Tuz was born and raised in Cancun, Mexico, but moved to Philadelphia seven years ago when she was 15 years old. She has been speaking English for about six years and came to Philadelphia to get a better education and attend school.

This year is Tuz’s first year as Casa Monarca’s program coordinator but the organization has been open for seven years. Before she became the program coordinator, she was a volunteer for the Girl Scout troop and the summer camp. She now does community outreach and gets the word out about the classes and events they have.

“The organization focuses on the art, traditions and culture of Mexico,” said Tuz. “We don’t want to have that stereotype of just being tacos and sombreros. We are more than that.”

Tuz explained the community has benefitted from Casa Monarca as a whole by making people aware of what the Mexican culture is.

“Having a second home and being able to speak Spanish, sing a song from your childhood and be able to relate to someone else is why people come here,” said Tuz.

Tuz teaches the INEA class and focuses heavily on it, calling it “her baby.” INEA is the The National Institute for Adult Learning. The class currently has 13 people enrolled and meets four times per week.

“INEA is the GED program that I am in charge of that is in Spanish that runs all year long,” said Tuz.

The program is supposed to be six months long, but Tuz explained it has taken longer they thought, closer to a year.

“The point of the program is so that people can finish school,” she said. “It is designed so that the people that did not finish school in Mexico, they can retake those classes here and get their diploma.” 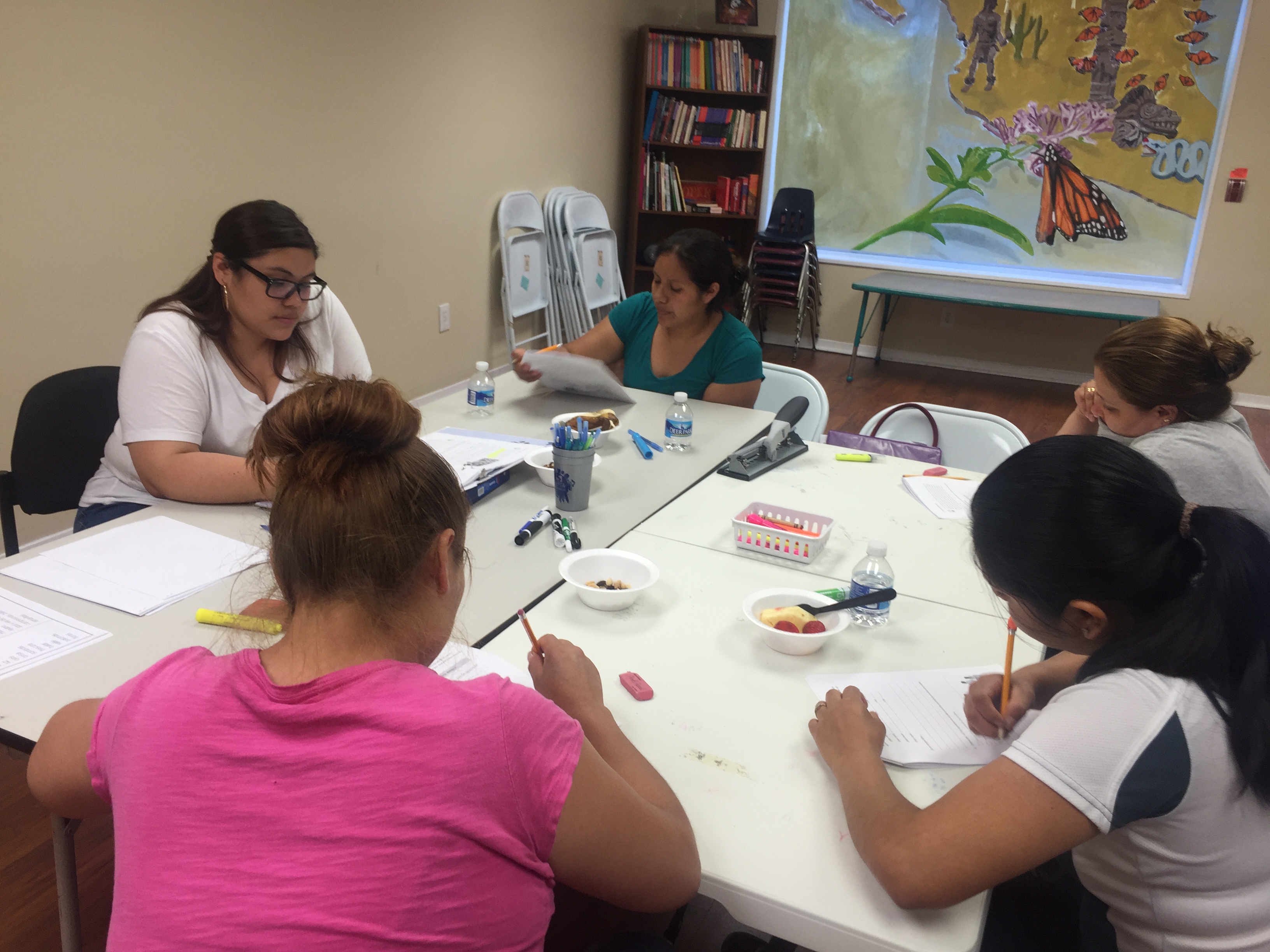 In 2007, Hispanics were the fastest-growing ethnic group in the United States, and continued to be the majority group at 45.5 million, with 64 percent being of Mexican origin. The increase in the Hispanic population has led to a concurrent rise in Spanish speakers as a percentage of the United States population, many whom are Spanish-only speakers.

INEA conducts research to increase education with young people and adults, and certifies basic education for those who have not attended or completed primary or secondary education. The goals of INEA are to provide access to basic education that will help improve the quality of the students’ lives, increase opportunity for employment, enhance their proficiency in Spanish, increase their involvement in their children’s education, and to inspire pride in the Mexican culture.

“INEA is like the prep before high school,” she Tuz. “After this they can get their GED from the U.S.” 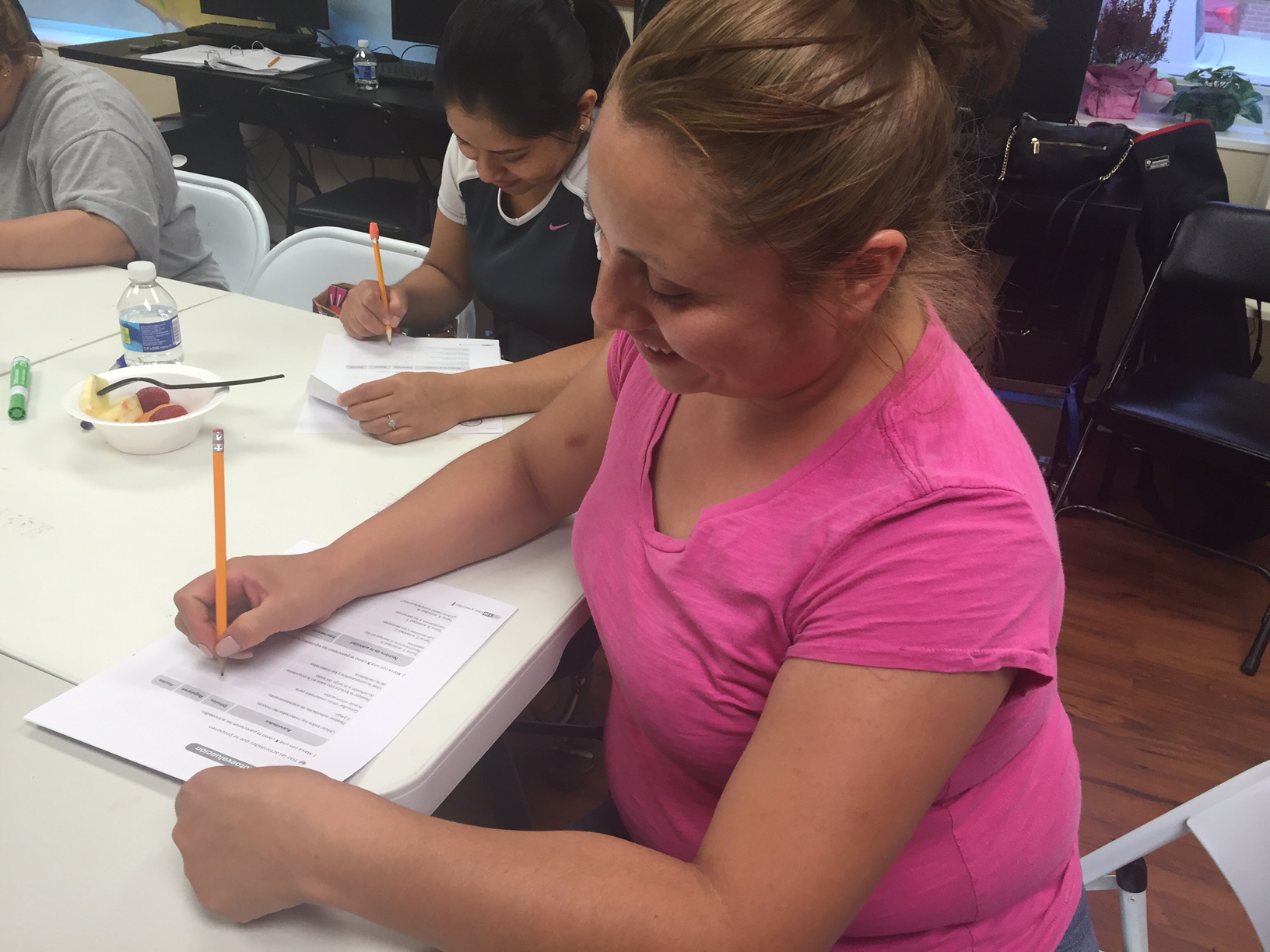 Participants have to be older than 16 years old and the classes are all free. People join INEA for many reasons, but one constant reason is because they can learn in their native language. INEA classes are Monday, Tuesday and Friday from 5 p.m. to 7 p.m. and Saturday from 12 p.m. to 2 p.m.

Carmen Rodriguez is a current student enrolled in INEA at Casa Monarca.

“I have been coming to INEA for four months and I like learning about the history of Mexico that I didn’t know,” said Rodriguez.

All of the material in INEA focuses on Mexico. For example, the laws and information that a person would not necessarily learn in school in Mexico, the students learn in INEA. Rodriguez explained she also likes the way Dafne teaches and the way she helps her and the other student’s research.

The class started in early January and Tuz hopes it will be finished in December. The students have to take a placement test first, and there are different tests depending on the level of education the student has had before INEA. Rodriguez explained she wanted to do junior high school, but lost her certificate for elementary school so she had to start from elementary school and get that certificate before getting the one for junior high school.

Tuz emphasizes the use of smartphones and tells her students to keep in mind that they do have Internet and can easily just Google something that they need to know. Rodriguez and the rest of the students attend class four times a week for about two hours.

“I like being able to understand, research and learn in my native language,” said Rodriguez. “I am excited about finishing school and receiving my diploma.” 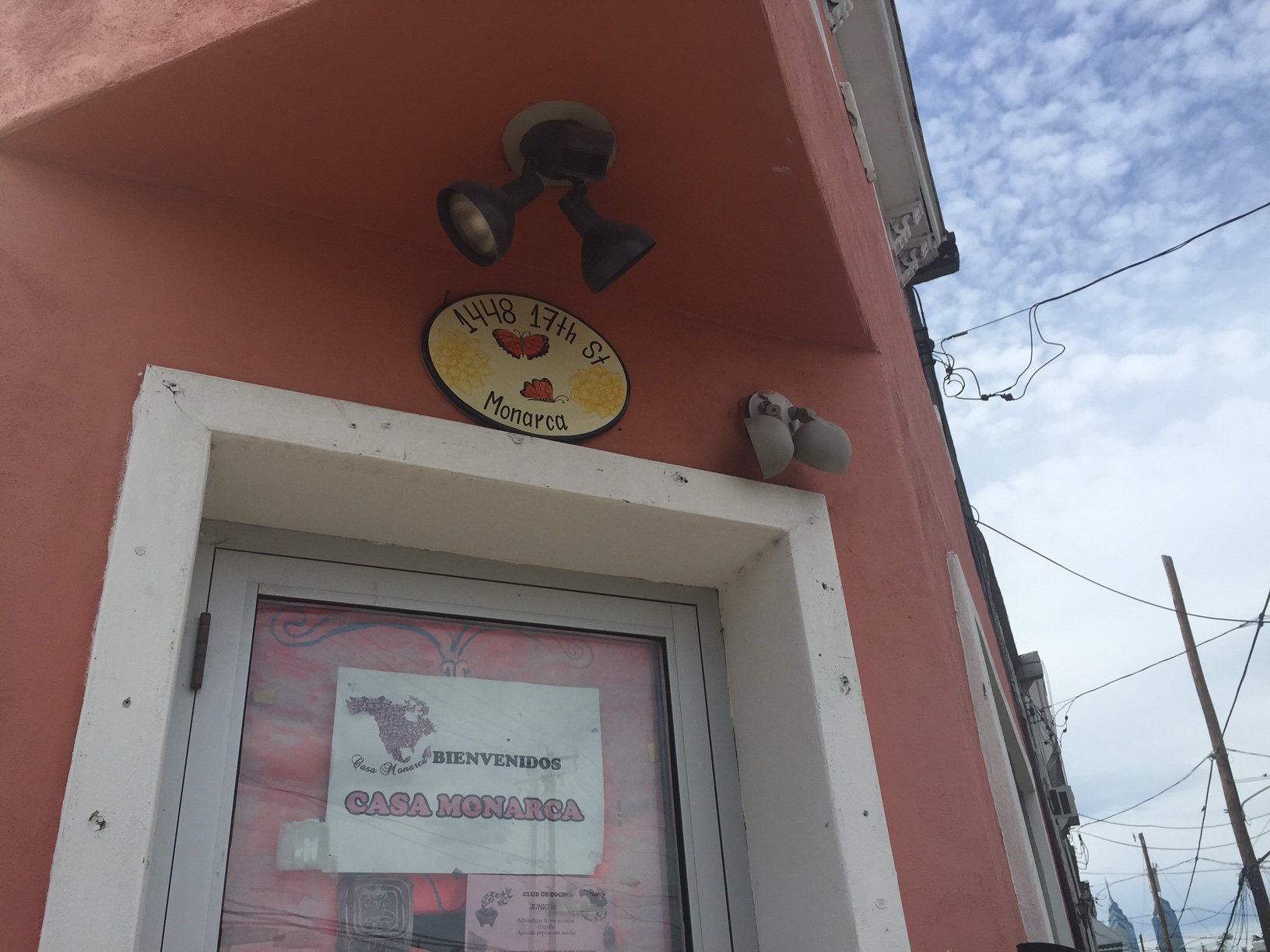 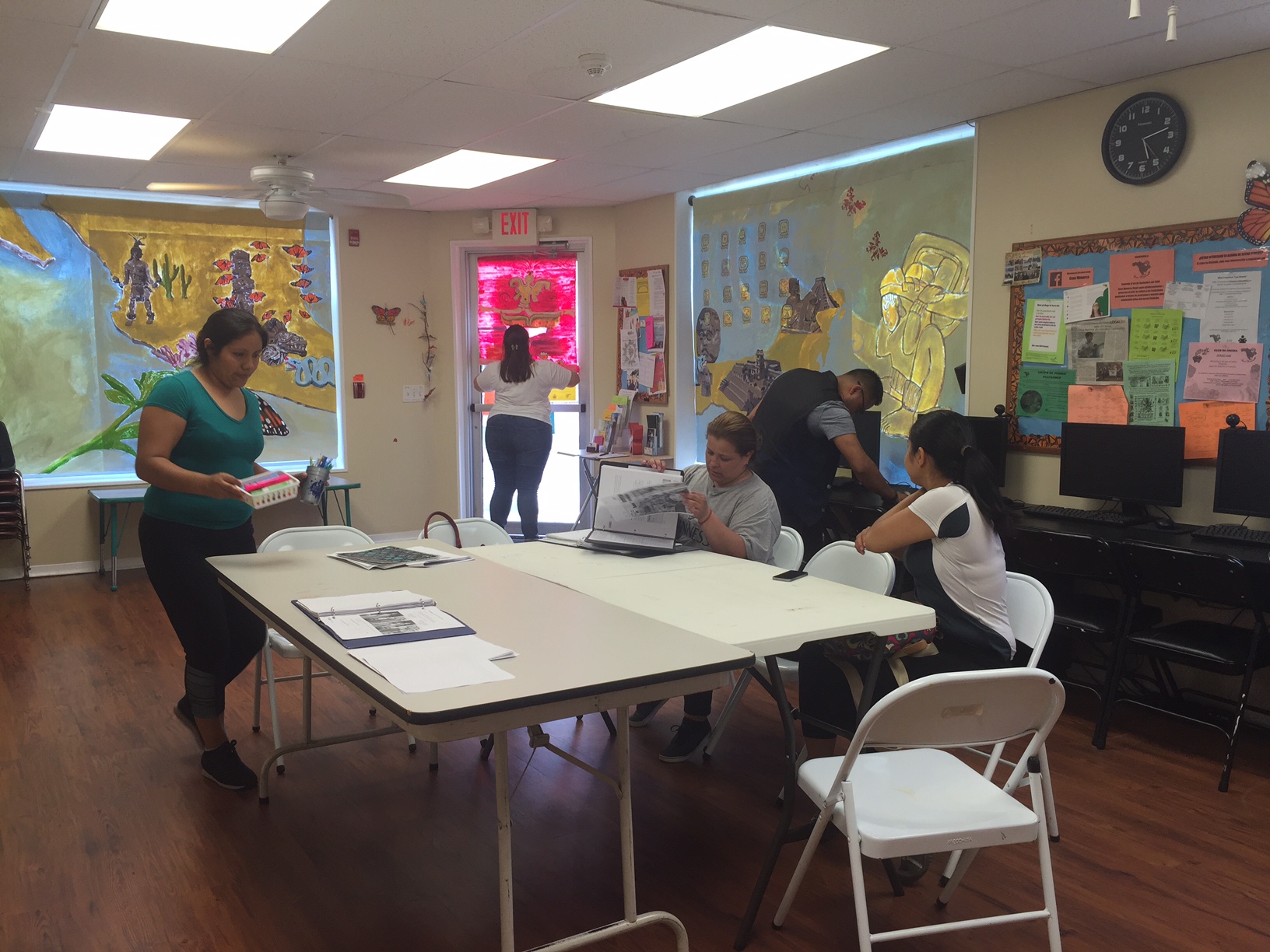 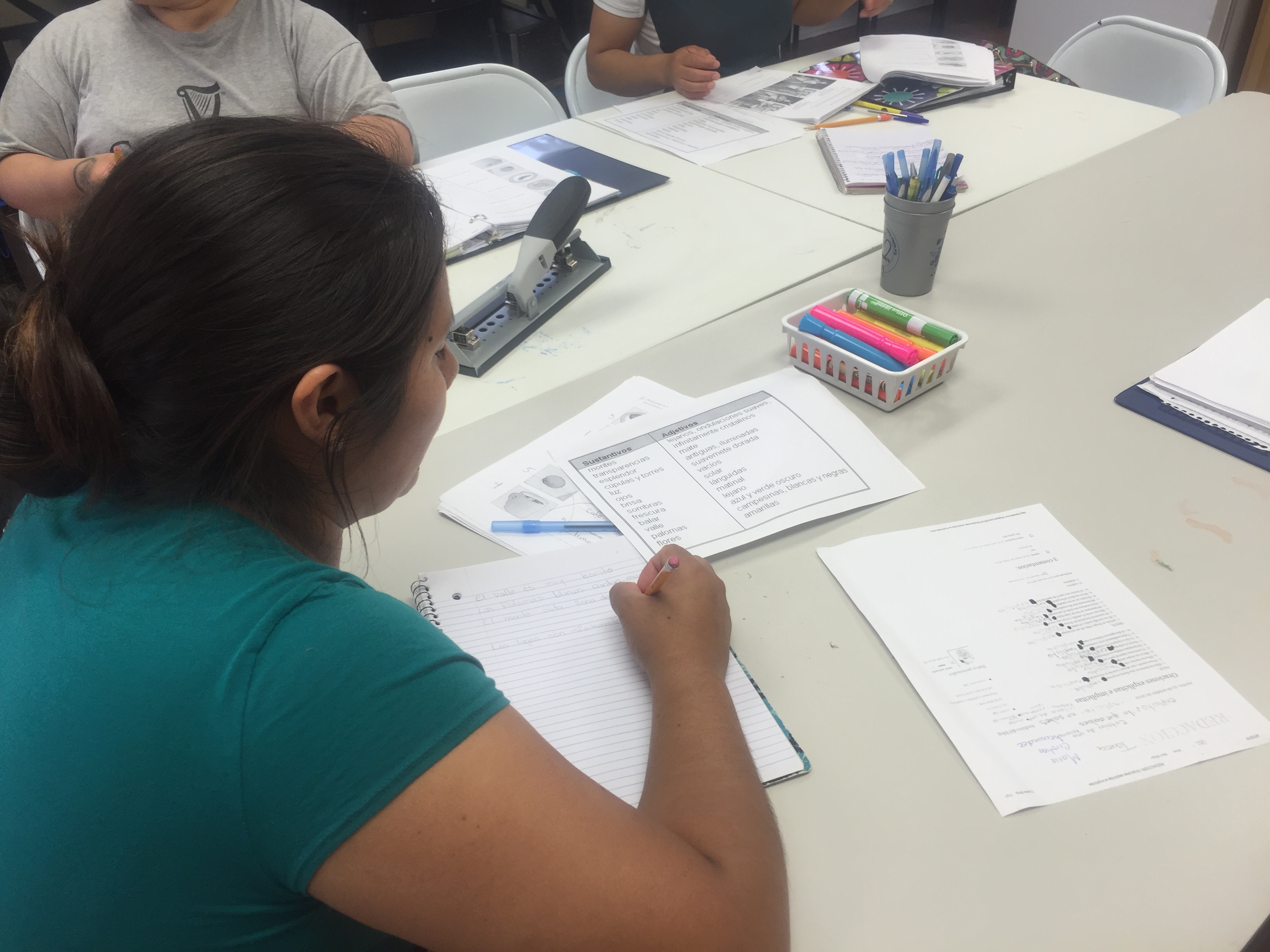 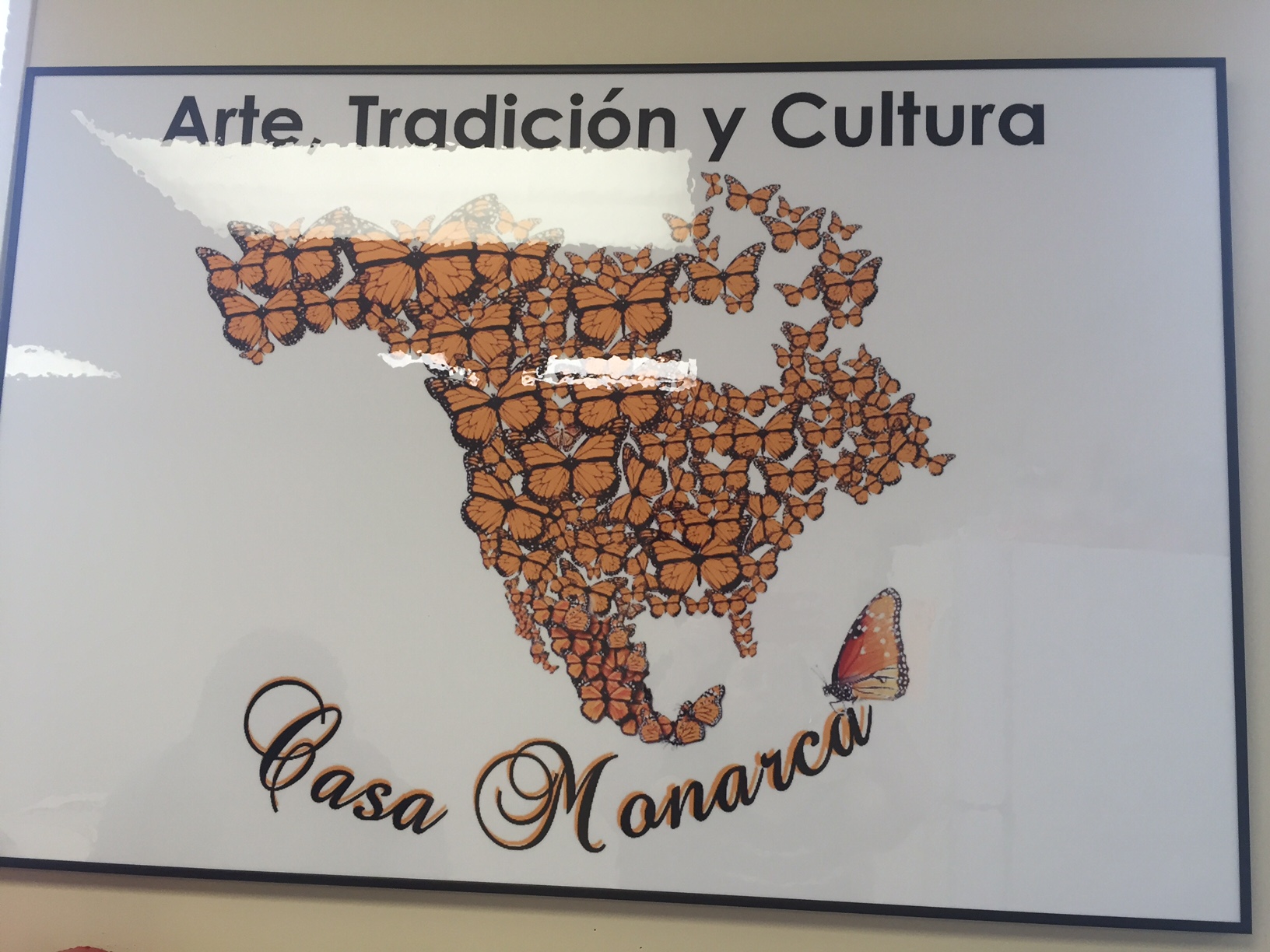 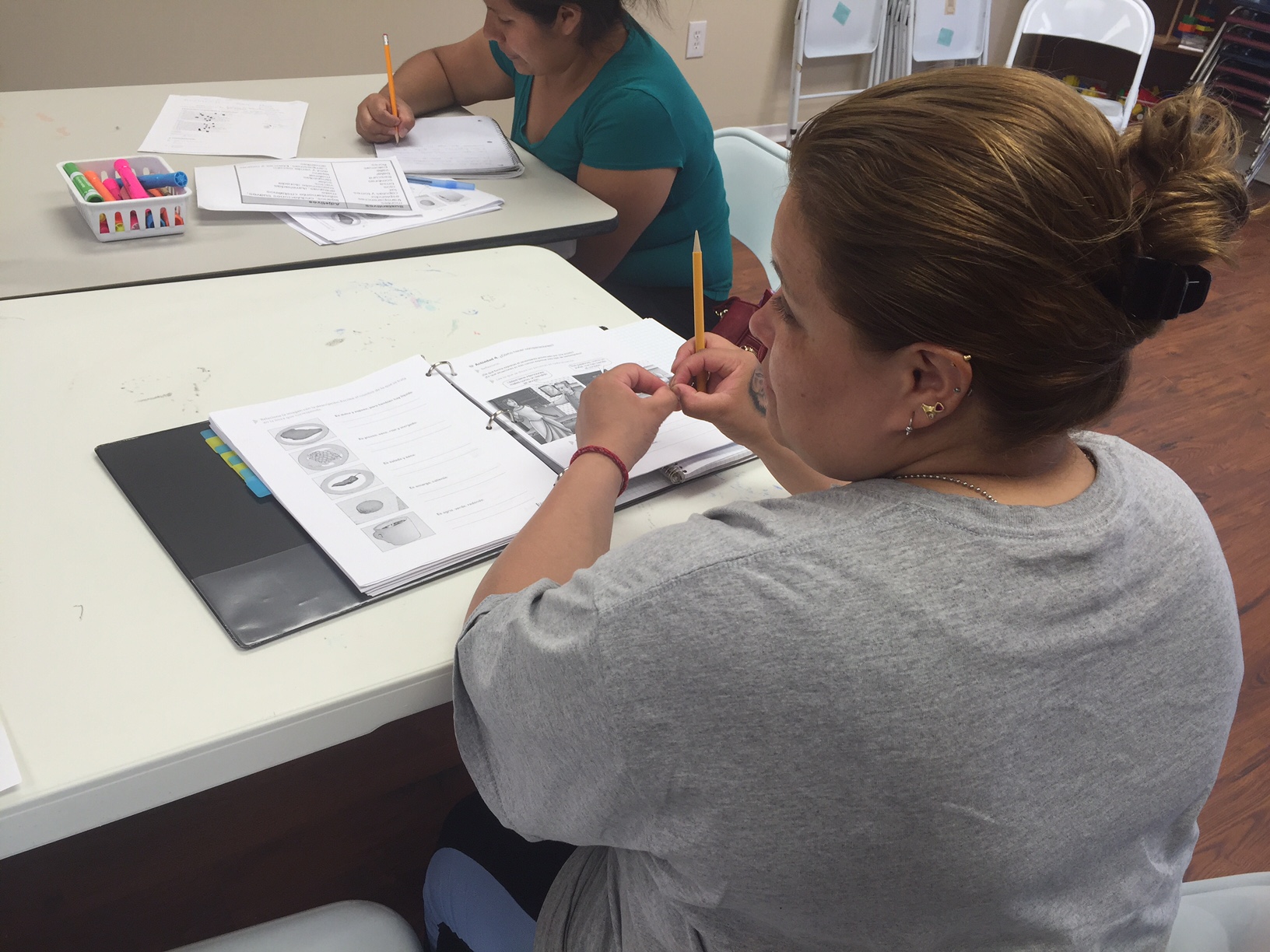 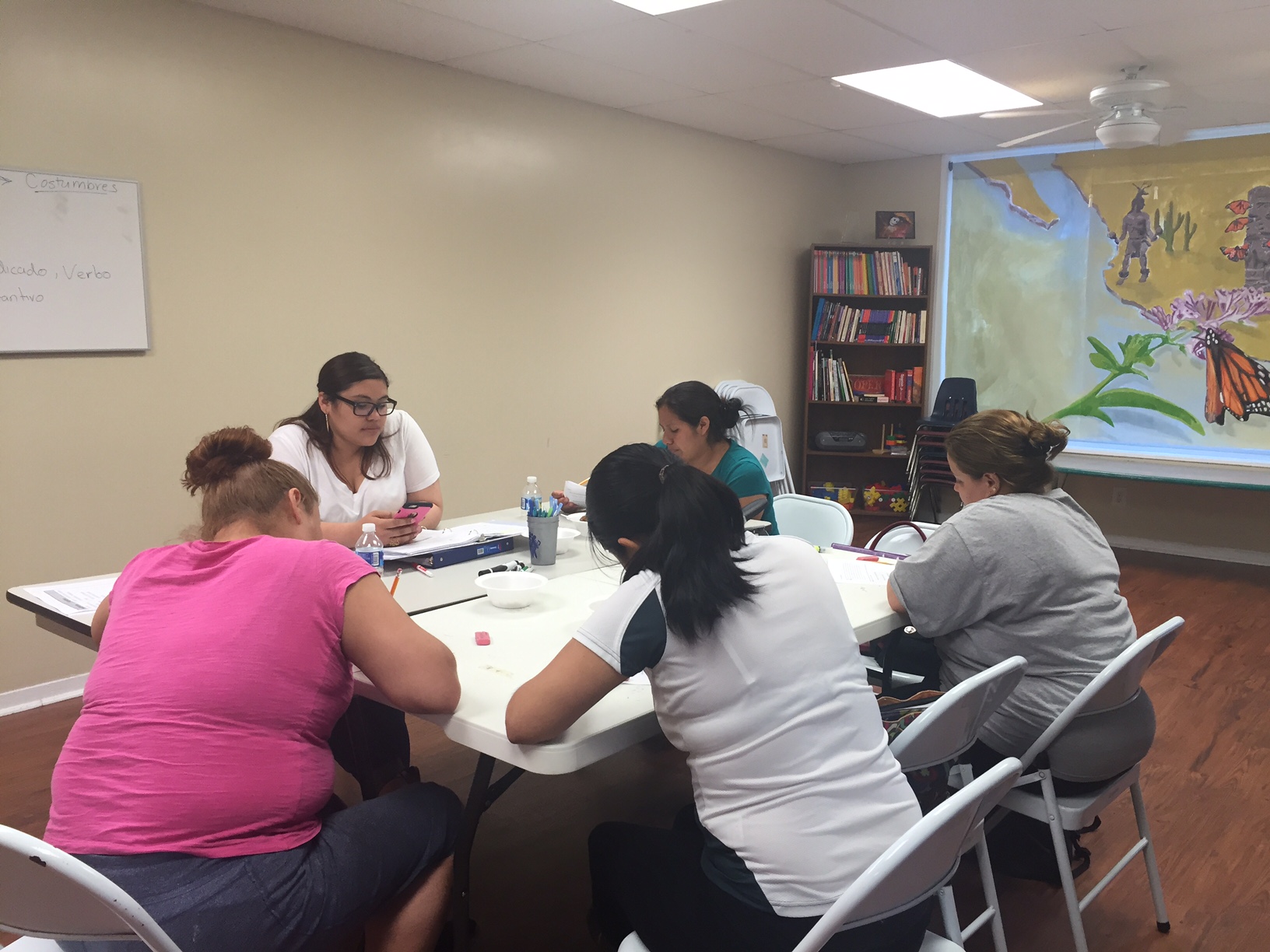 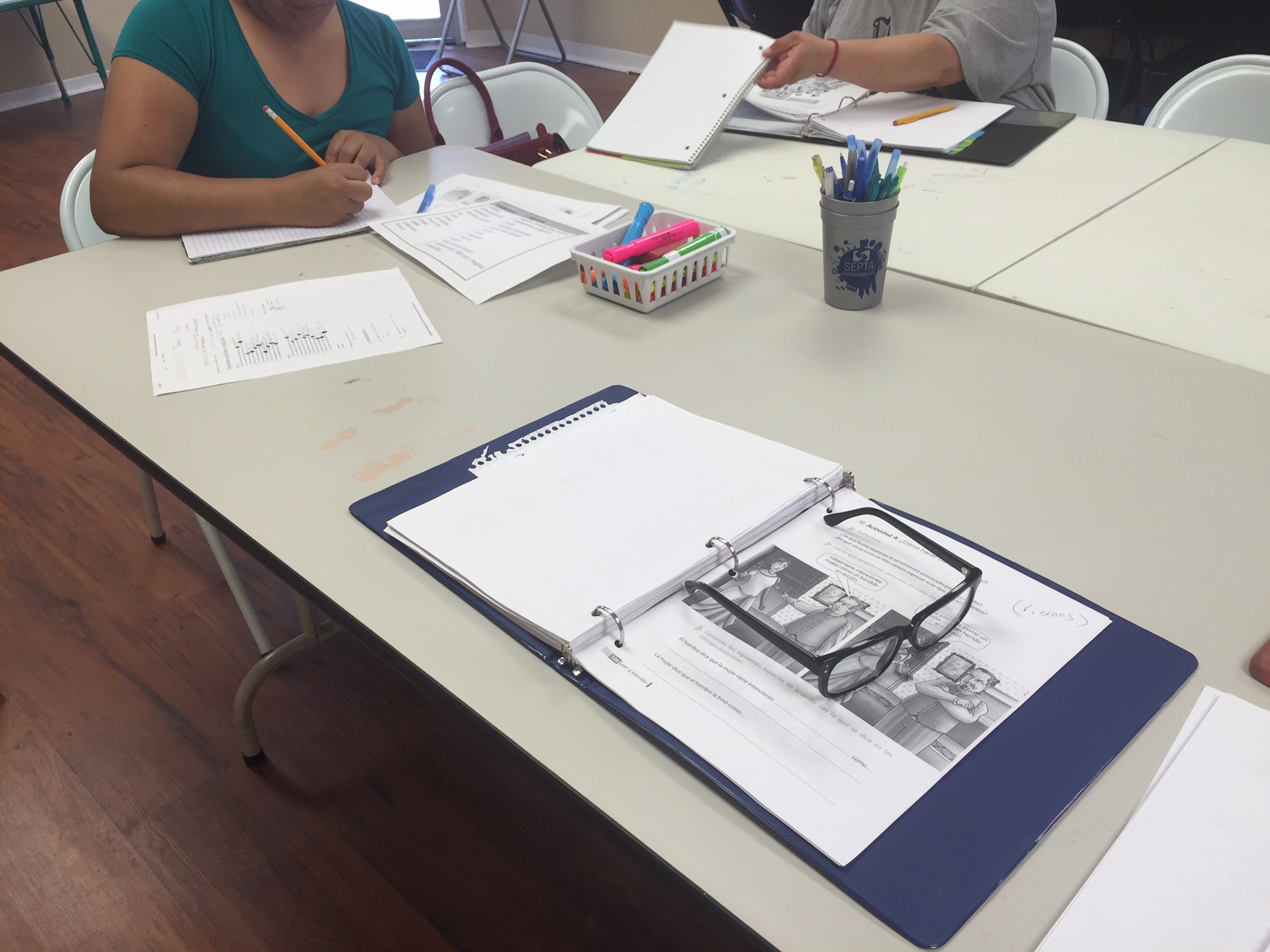 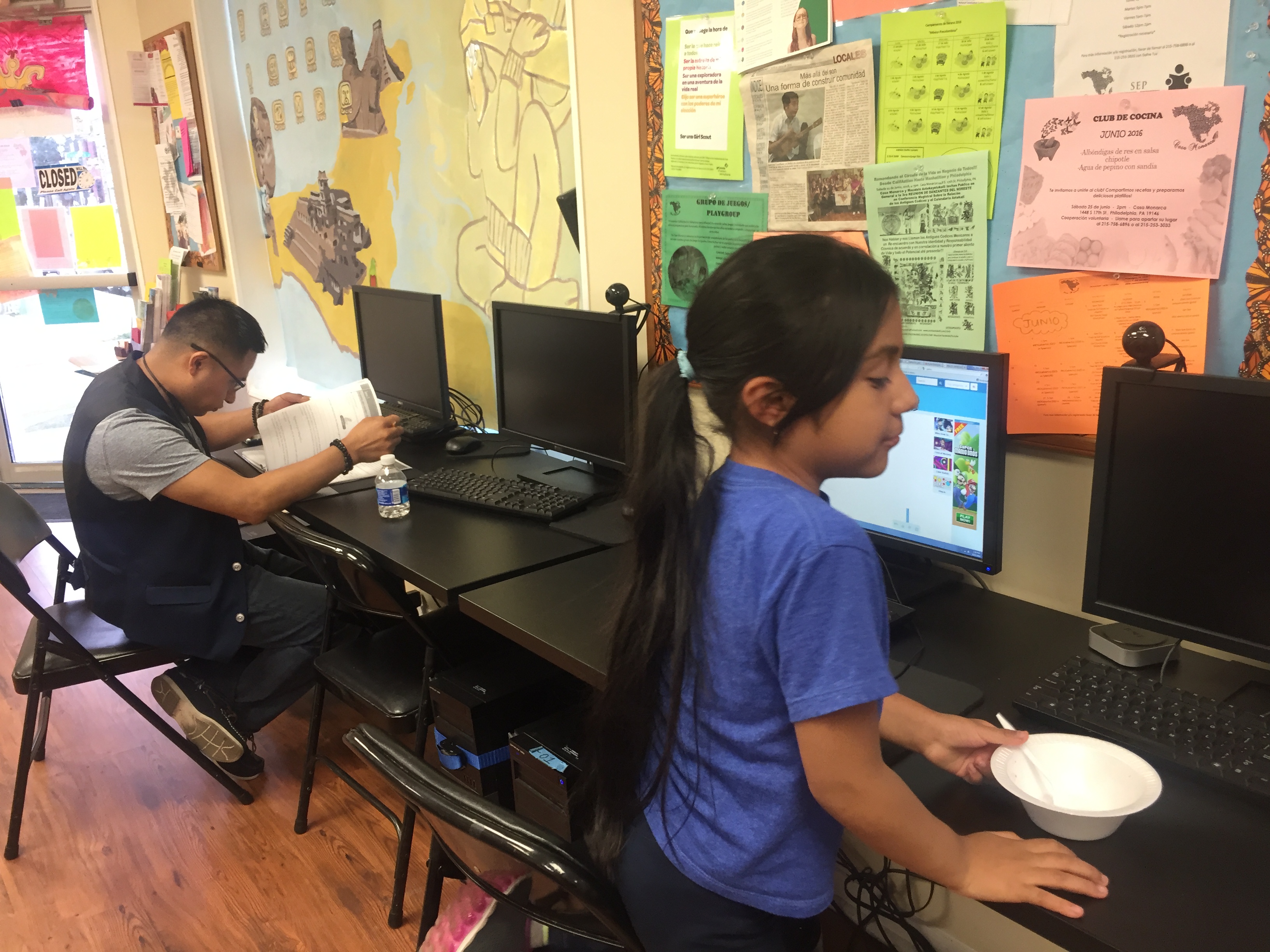 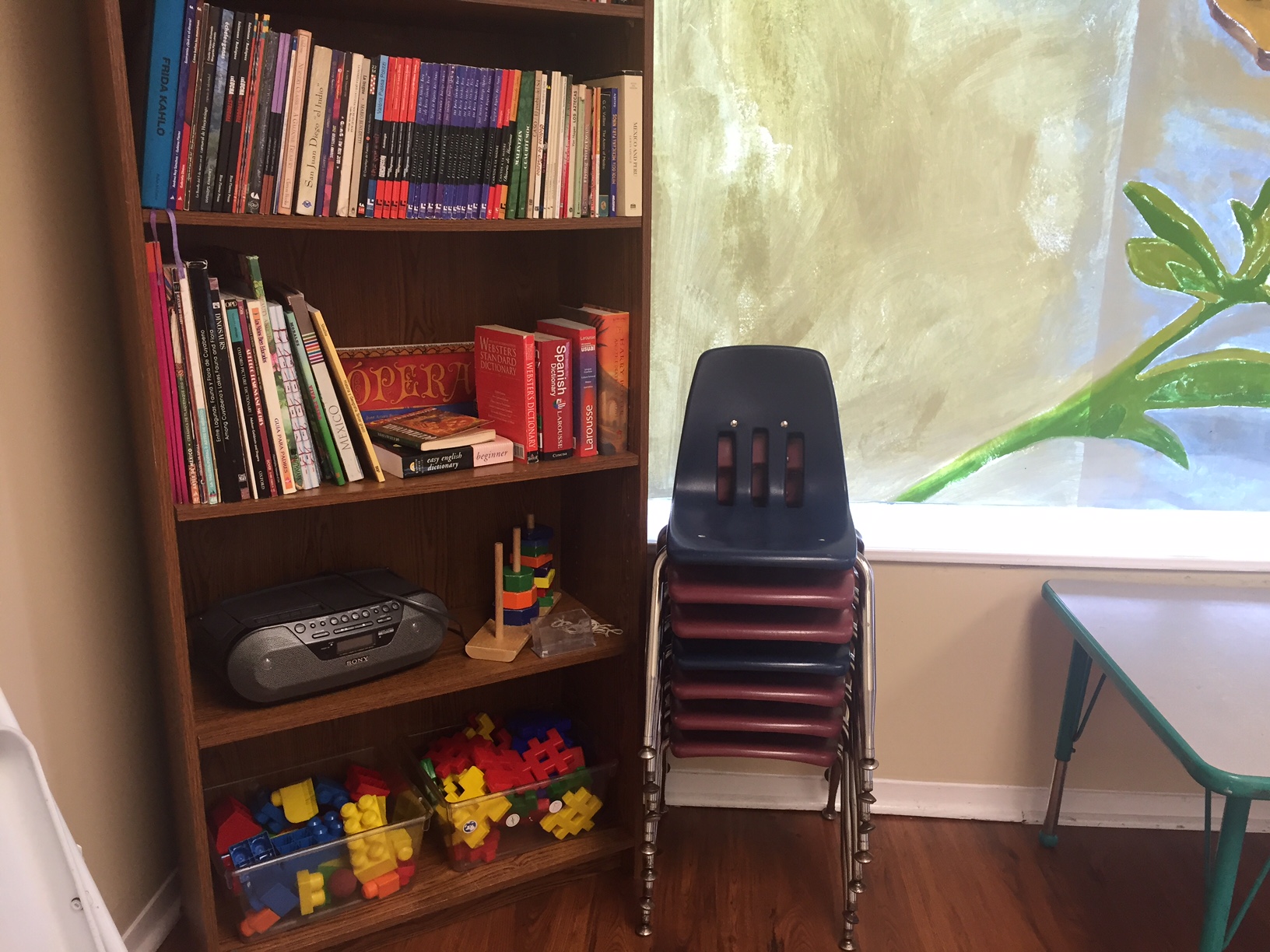 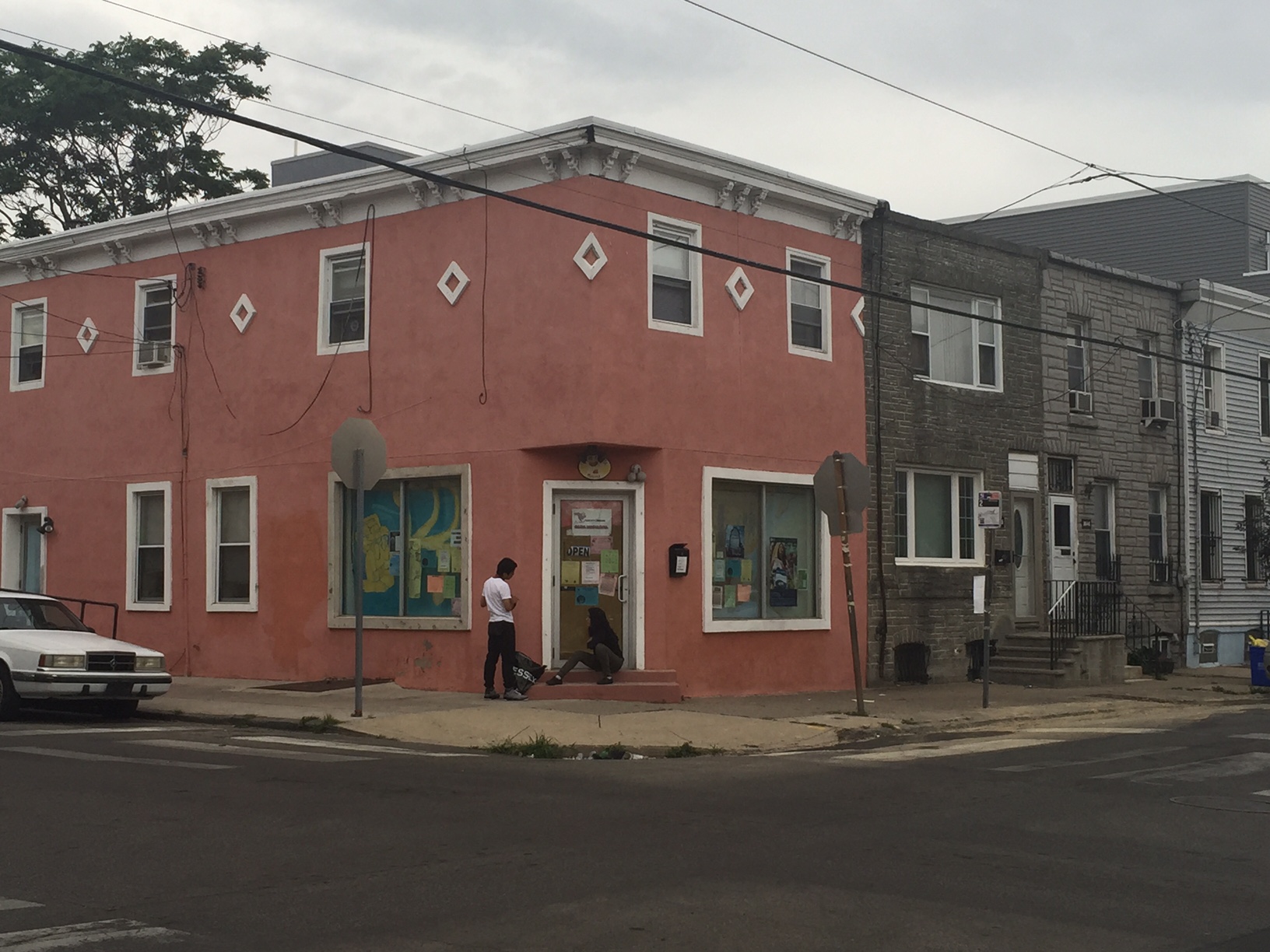 -Text, images and video by Taylor Calta and Catherine Campana.

In a small classroom on the second floor of Community Center at Visitation, which refers to itself as “A Beacon of Hope in Kensington,” a group of eager students sit ready for the day’s lesson. [Read More]

With nine restaurants in Philadelphia alone, Iron Chef Jose Garces is synonymous with the city’s culinary culture. A second generation immigrant, Garces uses his success to support the Garces Foundation, his nonprofit that works to [Read More]

For people who choose a career in the field of serving those who have served our country, high levels of dedication and sacrifice come with the territory. Who would want to give anything less to [Read More]