In the midst of inspecting the new paintings to adorn his walls, art director Patrick Shillenn snapped his fingers in revelation and then stepped back behind a wall to adjust the room lighting to properly complement the mood of the latest themed gallery. 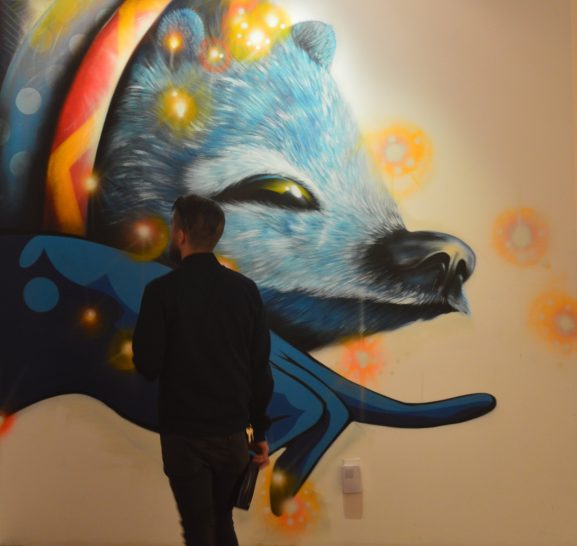 “We reach out to a lot of artists,” Shillenn stated. “We try to stay connected.”

Shillenn is one of three cofounders of Arch Enemy Arts in Old City.

Arch Enemy Arts is an art gallery that showcases artists from all around the world. Most recently, they had paintings on display from artists from Japan and Spain, with a few local artists as well.

“We follow a lot of emerging and established artists online,” he said, explaining the process of how art winds up on the gallery’s walls.

Amateur artist Augustine Vitacolonna has stopped by the gallery with his friend Phoenix Ingham numerous times since it opened in 2012.

“I always thought that I had a weird style in my art – steampunk with a bit of monstrosity,” Vitacolonna said with a laugh. “But when I found this gallery, I found artists who had work as outrageous as mine and all of it would be considered beautiful against even the harshest critic’s standards.” 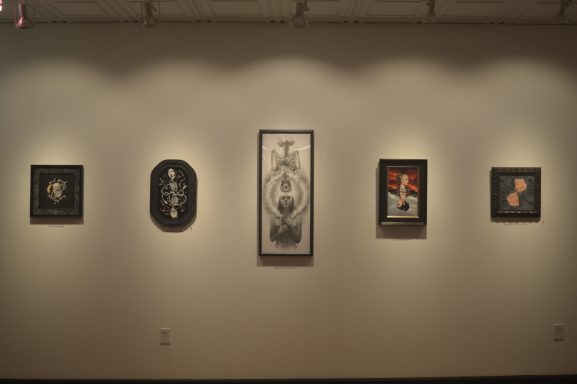 Arch Enemy Arts has done large events with their local community. Last October, with the help of a team from Klip Collective, they projection-wrapped City Hall and turned the city’s icon into an art installation in itself.

They are also involved with the Mural Arts Program. The Arch Enemy team hopes to get involved in more public art projects. 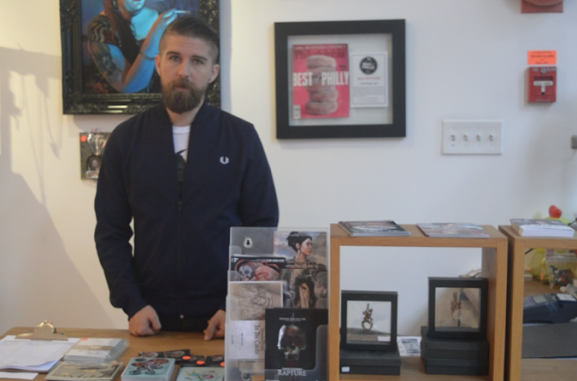 Arch Enemy Arts isn’t the typical gallery that one would find in Old City, Philadelphia. It stands out as one of the most diverse art galleries in Philadelphia. The gallery was founded by Lawren Alice, [continue reading…]