In the midst of the morning rush, the faint chanting turned heads in Center City. 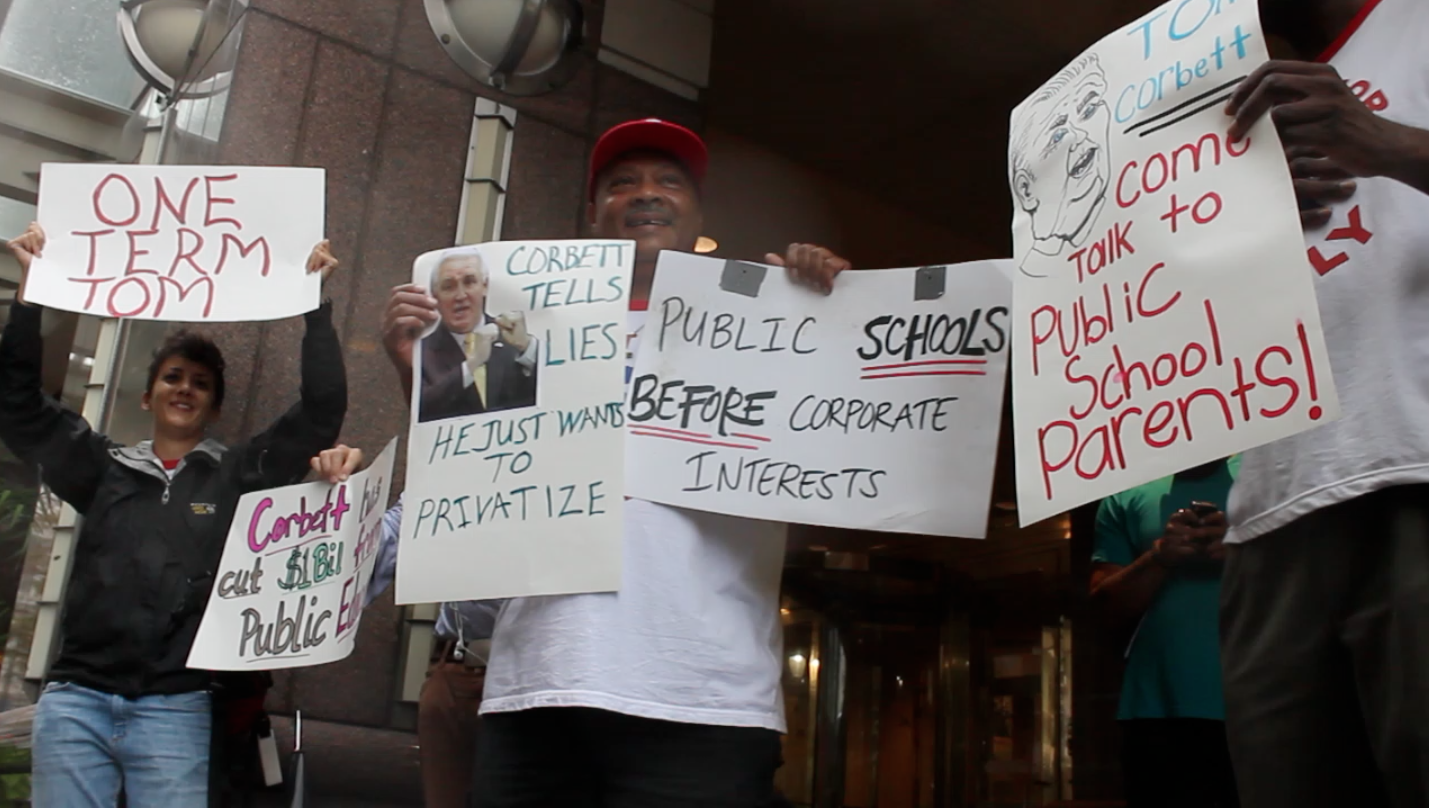 The group, part of Philadelphia Coalition Advocating for Public Schools (PCAPS), stood throughout the morning holding signs and chanting in favor of more funding for public schools.

Though the rain drove others away from joining in the demonstration, members of the gathering said that they are out to make sure that Philadelphia’s public schools are treated the same as other schools in the region.

“Full funding meaning the same as it is in the suburbs,” said Fred Jones, a member of Fight for Philly, which partners with PCAPS in advocating for public schools.

Many of the groups advocating for school funding have been sparked by the crisis the district is currently embroiled in. 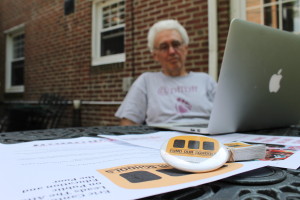 The Philadelphia School District is in its second school year under superintendent William Hite, who took over in 2012. The district is facing a $300 million deficit and needed to be assured $50 million by the city before the start of the school year just so the schools would open on time last month.

PCAPS defines itself as an “alliance of parent, student, labor and community organizations” and fights for improvement in all areas of Philadelphia’s public school system. 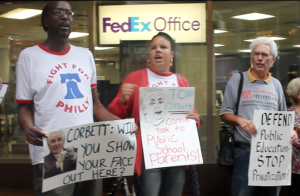 Along with demonstrations like the one held last week in Center City, PCAPS holds “Full Funding Friday” events outside schools in the district on Fridays to advocate for more resources to the city’s schools. Jones added that they also go to Harrisburg to lobby legislators for more funding for public schools.

PCAPS held its first “Full Funding Friday” last month at John Moffet Elementary School in Kensington, where parents like Cheri Honkala aimed much of their criticism at public officials.

“They were elected to be our servants,” said Honkala last month. “It’s time for them to put a pause on all that they are doing [and fix the schools].”

Members of PCAPS said the organization focuses on where the school district receives its money from, which makes it stand out from other school advocacy groups.

“Traditionally, the education advocacy community doesn’t concern itself with where the money comes from,” said Ron Whitehorne, a former teacher and steering committee member for PCAPS.

The organization’s focus on funding solutions, he said, sets it apart.

Whitehorne, who taught at Julia de Burgos School for 20 years, said his primary concern is the lack of counselors and teachers in the district due to last year’s funding cuts.

“The lack of teachers means that the quality of instruction is being impacted,” he said. “Particularly the kids who need a lot of individual attention and extra support? They’re screwed.”

Though PCAPS works with students and parents, Whitehorne said the invigorating part of the group is the unity between the teachers and the families.

“To me, the exciting thing about PCAPS, and something that’s new, is it’s a labor/community coalition,” Whitehorne said. “Historically, there hasn’t been that kind of unity between the unions that are involved in education and parents and student organizations. And sometimes, they’ve been at odds. So I think that’s something that really sets PCAPS apart from traditional coalitions around education.”

Others, like Antione Little, who has children in the Philadelphia School District, said the group and parents in the school district are united by one aim.

“All of us have the same common goal and that common goal is to save public education,” said Little, who is also a member of Action United, which is an organization that works with PCAPS.

He said the unity of PCAPS and organizations like Action United, plus the parents and students affected by the school district’s fiscal crisis, is excellent when they advocate for funding.

“They basically play hand-in-hand, because the issue that they’re fighting for are the same issues that we’re fighting for, so why not join alliances and make it one big fight all together,” Little said. “So the combination of Action United being a part of PCAPS – it’s beautiful.”