St. Michael’s Lutheran Church sits on a cobblestone drive at the corner of Trenton Avenue and Cumberland Street: traditional grounds for a not-so traditional band.

Inside the church, up two flights of stairs you will find a real-life School of Rock, where students fill the room, instruments in hand and personalities in flight. 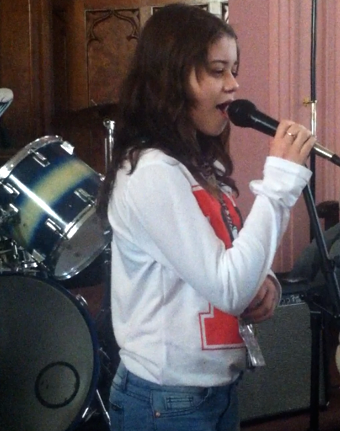 Jessica Craft, 28, left her job at an investment firm in 2010 to launch Rock to the Future. The four-year-old organization provides free music education to underserved Philadelphia youth with the hopes of encouraging social skills and improving their overall approach to academics through contemporary music education.

Craft grew up in Delaware County and, despite not having an affluent background herself, was able to learn how to play the violin in third grade, later moving to clarinet, saxophone and drums.

“I realized as I got older how important that kind of structure was for motivation, discipline and making friends who have similar values,” said Craft.

“Then, living in Philadelphia and seeing that the kids in the city don’t have the same opportunities that I had.”

With a mother who was a teacher, then a principal and now an administrator, Craft has always had a love for education.

In the organization’s first year it had 13 students; now it is capped at 35.

The students come from diverse backgrounds. The only requirements: they must be Philadelphia residents, must be between the ages 9-14 and, according to Craft, considered underserved.

Catherine Long, 38, is the mother of two Rock to the Future students, Joshua Tirado and Samira Long.

“My daughter was struggling with math and was barely getting a C,” said Long.  “Jessica sat with her every day and worked with her, and now she gets A’s.”

Rock to the Future offers more than a music education; it offers community and camaraderie. 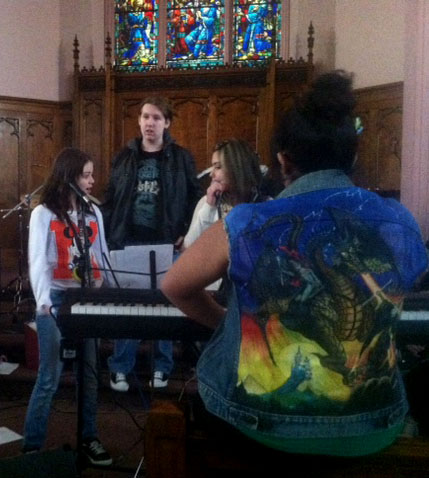 “There’s not a lot of money for education and when schools have to cut programs the first things that are cut are arts programs,” said Craft. “Usually schools have to choose between art or music, and then what form of art and music.”

“Music is expensive because you have to buy instruments,” said Craft. “In Philadelphia, a lot of the schools don’t have music education, so what we’re doing now is piloting in-school electric guitar and piano classes at Hackett Elementary School.”

The Philadelphia School District cut many clubs and music programs for part of the 2013-2014 year. Research conducted by the Arts in Education Partnership shows that arts in education positively impacts a student’s literacy and language development, mathematics achievement and overall academic achievement.

The study also finds that students who are underserved, speak English as a second language or have special needs “show the greatest improvement in academic achievement when participating in the arts.”

Craft’s next move aims to bridge that gap.

“We’re looking to partner with two to four schools in the fall,” said Craft. “We just want to help kids and provide in-school classes for kids, but still keeping comprehensive, individualized.”

This would not only provide a service to local Philadelphia students but would be economically feasible for the organization to make a large impact on a small budget. Craft estimates that bringing the program to different areas of the city would cost almost $100,000. However, in-school workshops would be only $10,000. 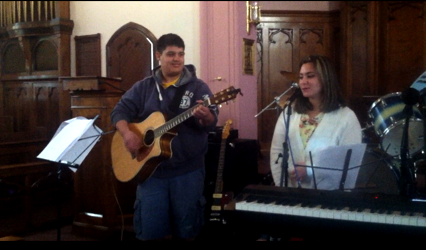 “You’re keeping kids off the street,” she said. “3 to 6 p.m. are the peak hours for juvenile crime, for them to participate in crime and to be victims of crime.”

Meanwhile,  Rock to the Future parents are noticing significant changes in their children.

“It’s so nice to see the kids opening up,” said Susan Oxendine,  whose daughter is a lead guitarist and singer in the band.

After hearing about the program, Karen Chrzanowski contacted Craft and her husband, Joshua, who also helps run the program. She asked that her son Ethan be given the opportunity to be a part of the band.  When Craft and her husband met Ethan, they noticed how quickly he picked up music and his enthusiasm around instruments. Now, he is the band’s drummer.

“He has a platform now,” says Chrzanowski. “The world is his oyster.”

Her son Ethan has expressed the desire to hopefully teach music. And Long’s eldest, Josh, is gearing up for college.

However, the parents are aware that this opportunity is not granted to all Philadelphia students.

Penn Treaty Park has a soggy secret. Parents who chase their children through the playground after a heavy dose of rain know all about it. “After a good day’s worth of rain, we know we’re […]

https://vimeo.com/67999808] Technology is changing the way we live. So- it is interesting to observe how Mount Airy – a neighborhood as old as America itself – is staying up-to-date, while still preserving its historic charm […]