“Essentially, herbal medicine is the use of plants as medicine in different forms which can be teas, tinctures or liquids, there are a lot of different ways to prepare them,” Adam Schreiber, owner of Wellpoint Oriental Medicine, said.

Schreiber is familiar with Chinese herbal medicine that has been safely practiced more than 2,000 years. He said herbal medicines tend to be easier on the body and have fewer side effects compared to pharmaceutical drugs. But there is sometimes a connection between the two.

“Some pharmaceutical drugs come from or are derivatives of plants,” he said.

“Any particular herb works via the combination of chemicals that make up that herb,” he said. “Every different type of plant and herb is composed of variety of chemical components.” 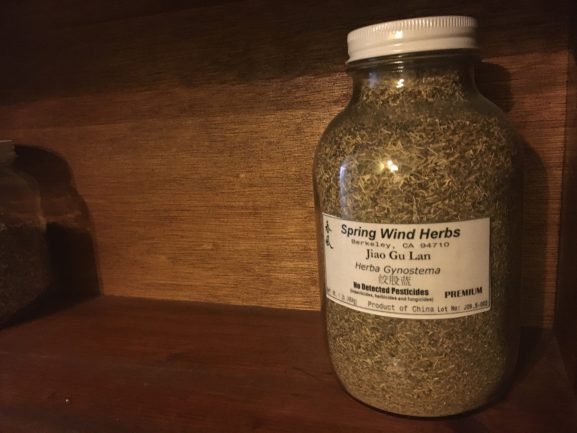 Butch Foley, who manages the Philadelphia Flower Market in Center City, pointed to the aloe vera plant as a remedy that is becoming more widely known for its natural benefits.

“They are finding out a lot of stuff about aloe vera now with health benefits and skin benefits and just making medicine out of it,” Foley said, pointing out the popularity of plants because they are seen as a natural remedy.

Ross Wiesman has read stories about certain herbal medicines that are known for having natural healing effects, but admitted he has not tried those remedies himself. But he might be willing to do that in the future.

“Herbal medicines are good alternatives, especially when pharmaceutical drugs are not working,” said the college student.

There is still a lot to discover and people like Schreiber are looking forward to that.

“Chinese herbal medicines have been successful in treating a number of illnesses, however, there is still research that needs to be done because there are plants out there that have healing benefits that no one knows about,” said Schreiber. “As people become more aware and interested in natural medicines, that kind of research is only going to get more intensive.”

While the United States had been described as a melting pot of cultural diversity, immigration reform has been a controversial topic due to concerns such as the weak economy and national security. For six years, Steven Larin [continue reading…]

Waterfront: Educator Says Waterways Cleaner Than Ever Before

Anne Harvey, an environmental scientist and educator at Fairmount Water Works, has made a career out of being a “water advocate.” With degrees in biology and geology, Harvey recently made the switch from working in [continue reading…]

More than 100 people silently dropped to the ground in 30th Street Station’s main concourse at 4:15 p.m. on Tuesday and then marched out in solidarity to protest a recent string of decisions many are [continue reading…]