When the rest of the city is asleep on Saturday mornings, the Fairmount-based WTF road riders are already biking through the city. WTF isn’t just a trendy acronym; it’s a 20-30 mile road bike ride catering exclusively for folks who identify as women (W), transgender (T), femme (F) or non-binary.

Fairmount Bicycles, which focuses on “Philly-friendly bicycles” according to its website, was established by Shelly Walker in 2010 after she noticed there were cyclists but no bike shops in Fairmount.

“We were busy from day one,” Walker said. “I was worried because the first day, I was like, ‘It’s the grand opening, everyone’s excited.’ But the second day, I was like, ‘Oh God, what’s going to happen?’ And people came in! It just blew my mind that every day from then on, people kept coming in.”

The shop at 2015 Fairmount Ave. carries new and refurbished bikes for commuting, touring and entry-level road riding. It’s also stocked with cycling accessories and essentials and offers tuneups and repairs. Fairmount Bicycles also has a sister shop, Brewerytown Bicycles on Girard Avenue, which was established in 2014. 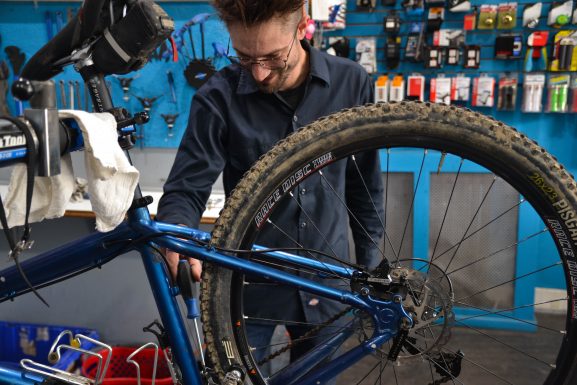 But it’s the WTF and non-binary shop rides which set Fairmount Bicycles apart from other Philadelphia bike shops.

The WTF road rides, which start at the Fairmount shop, began in 2015 when lead instructor Jeni Mattingly was hired at the shop. Mattingly moved to Philadelphia in 2010 and once she sold her car and began riding her bike everywhere, her passion took off.

“The cycling community tends to be male-dominated, so it felt like a good opportunity for us to offer [a ride], especially for road riding,” said Mattingly.

The riders come from all over—on a recent Saturday, one rider came all the way from Portland, OR—and are from all walks of life. Mattingly said her riders usually live in Strawberry Mansion, Brewerytown, Mt. Airy and a few regulars are from South and West Philadelphia.

During the ride, Mattingly encourages pedaling at a speed quick enough to challenge but slow enough to foster enriching conversation. On one particular Saturday morning ride, Mattingly spent time speaking about a recent meeting with FWOD Philly, a casual group ride for women and non-binary people in Rittenhouse, where riders from around the city could voice their opinions about gender-based bicycle rides. Mattingly wanted to hear how her own riders felt about cycling and gender identity. 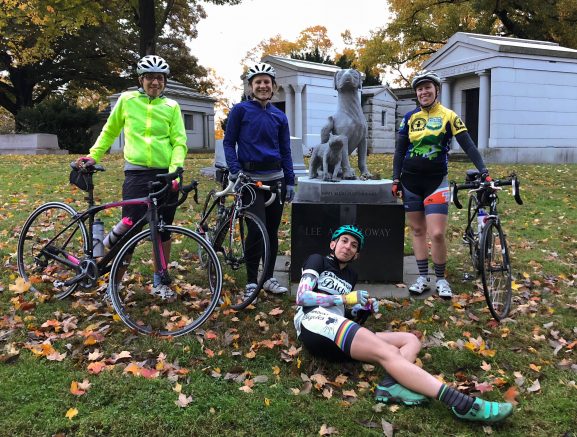 “This ride really makes me think more about identity,” said Nancy Agati, a regular WTF road rider from Mt. Airy. “I don’t think there’s any other place that I’ve gone that I’ve introduced myself with my pronouns. It makes me really think about everything.”

The group, especially Agati, took time to tackle the stigmas surrounding transgender people, the use of pronouns and the discomfort that often comes with cycling with men.

“I’m just not interested in riding with a bunch of dudes, so this makes sure that that’s not happening,” said Amy Wilson, who lives in West Philadelphia. “I think it just makes it easier to build community when you can screen out some people that you probably have very different values from…and that’s not all men, but, well, a bunch of them.”

According to the 2017 U.S. Department of Transportation National Household Travel Survey, 34 percent of bicycle trips taken in the United States are made by women. Both Walker and Mattingly recognized this and seek to change it.

“As women, trans, and non-binary folks, you’re navigating the world a little differently, and wondering, ‘Who’s on my side?’” Walker (pictured below) said. 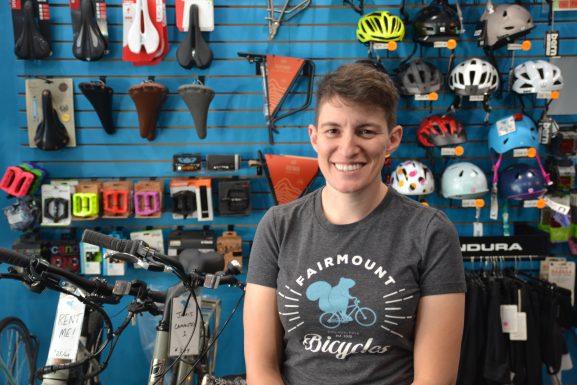 Currently, all of the shop rides at Fairmount Bicycles are WTF and non-binary-only, but that doesn’t seem to matter to the bike shop staff.

“It wasn’t my intention to never have an all-gender ride, but it’s not something we prioritize, and I think that’s OK.” Walker said.

It’s clear this road ride is more than just a rigorous workout. It serves as a community, a sounding board for opinions and ideas, and an opportunity to learn about gender and queerness without judgment.

“I’ve met really wonderful people doing this ride,” said Allison Edmonds, a rider from the Art Museum area. “It has given me cycling independence, in a way.”

Besides being WTF and non-binary-exclusive, no road ride is ever the same. Attendance ranges from one rider to about 10, depending on the weather and the season. Mattingly gauges the group to see what kind of ride they’re up for and thinks of a route on the fly.

“I have a weird web, like a wildly knitted sweater of routes that I can choose from in my mind,” she said. “I don’t even know the name of any streets.”

The 20-30 mile routes change but sometimes pass through Fairmount Park, Bala Cynwyd, East Falls and loop back around to Fairmount. However, Mattingly (pictured below) is open to rerouting during the rides. The group takes breaks to check in and eat snacks, and Mattingly often plans for a coffee stop along the way. 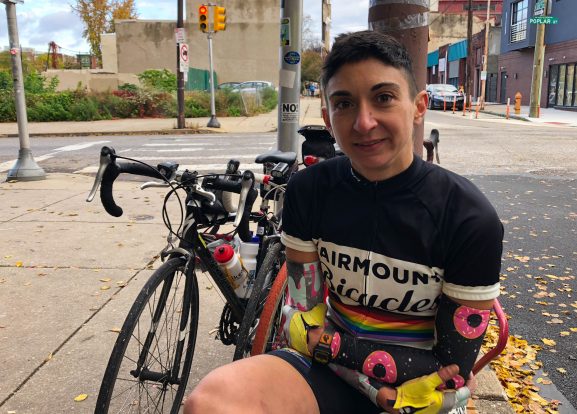 It was during her job interview with Walker that Mattingly brought up the idea of leading a ride because she didn’t have much expertise doing bike repairs. Before Fairmount Bicycles, Mattingly led women-only rides with Sturdy Girl Cycling, a Philadelphia-based female cycling group, and she brought a similar concept to Fairmount Bicycles.

“There’s just not too much out there for WTF-identifying folks,” Mattingly said. “To be able to offer that space and open up something that doesn’t seem that accessible for that group of people just seemed really natural, because that’s how Shelly and I kind of identify, and this is how we can give back to the community.”

— Text and images by Sarah Madaus.

Motown in Detroit wasn’t the only city full of rhythm and blues in the 1960s and 1970s. Philadelphia also had home-grown talent who rocked stages. Sixty-three-year-old Nadine Felder of Brewerytown was the lead singer for [continue reading…]

A local Fairmount cornhole league will kick off its new season at the home of the Philadelphia Phillies. The Philadelphia Cornhole League (PCL) will host The Cornhole Classic at Citizens Bank Park on May 3 at [continue reading…]