Philadelphia is a fighting city.

And as the sport of boxing continues to fall in popularity, a new crew of fighters are earning their stripes in a different discipline: jiu jitsu.

Fighters like Paul “The Irish Dragon” Felder, who holds a 12-3 record in his 15 professional fights. Felder trains under Daniel Gracie, owner of Renzo-Gracie jiu jitsu on American Street. Gracie said he sees a lot of people coming into his school, wanting to learn how to fight like Felder.

“I get new students all the time that want to learn MMA (mixed martial arts),” Gracie said. “But I refuse to teach anyone MMA before they know a certain discipline first. If you know jiu jitsu or if you were a wrestler in high school, I can teach you MMA, but you need that baseline first. Without iu jitsu or another discipline in your arsenal, you won’t succeed.” 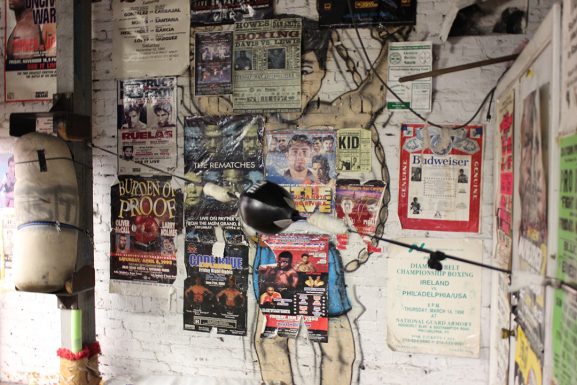 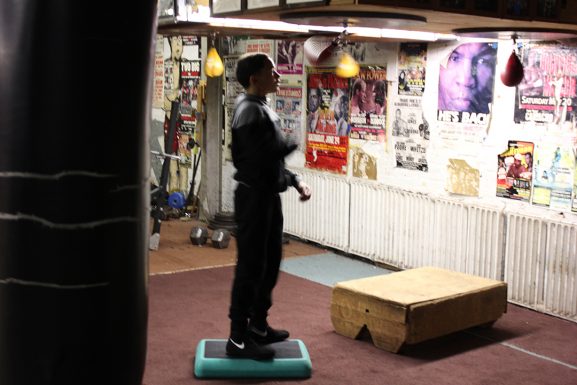 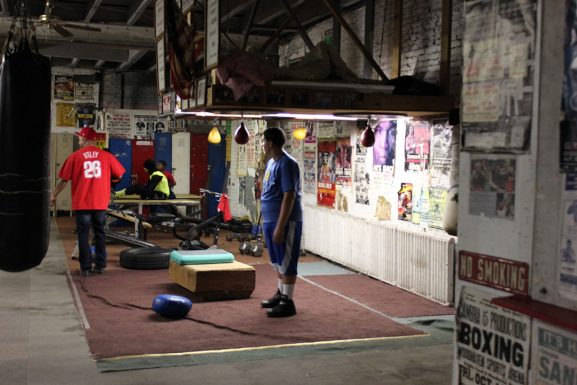 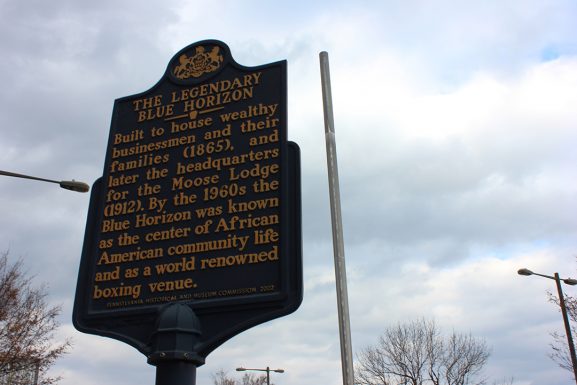 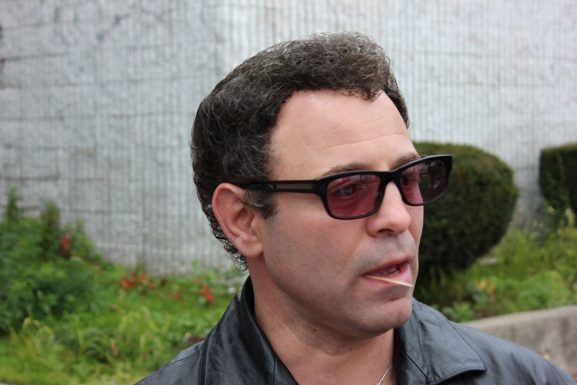 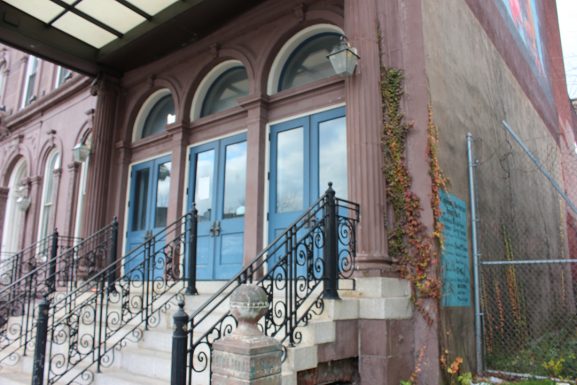 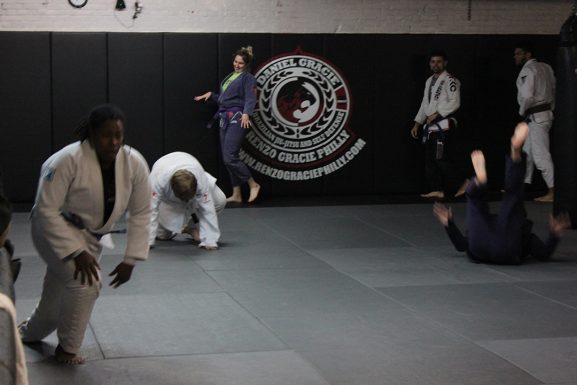 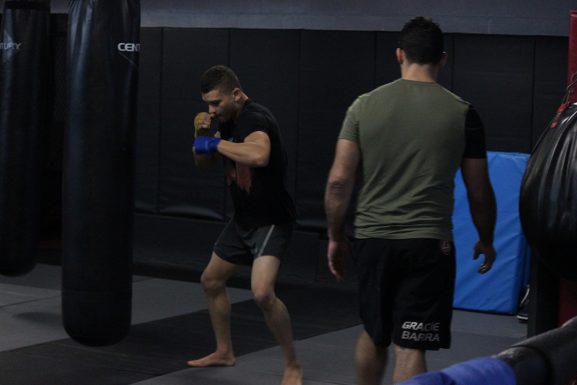 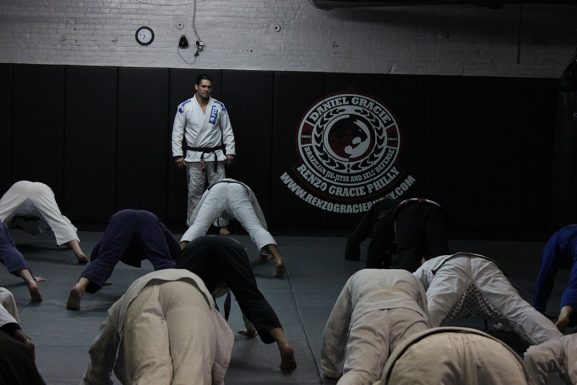 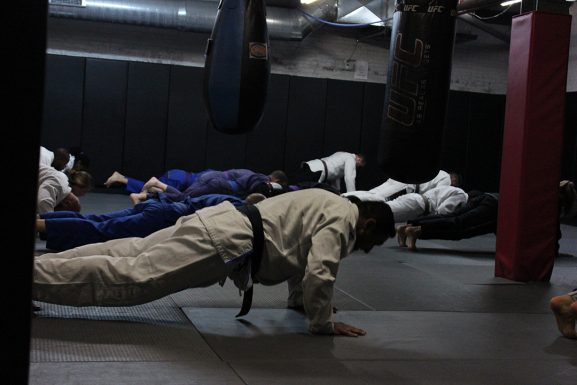 Gracie is looking for students like Bridget McEliece who found jiu jitsu after finishing college and came to Gracie to learn an MMA style.

“I graduated college back in 2012 and had no direction in life and just thought I should give MMA a try,” she said. “I was in a rut at my first gym, I was looking for MMA, I wanted to get really serious about it.”

McEliece points to Gracie’s fighting background and the seriousness of his gym as her main reasons for continuing her journey as a martial artist at Renzo Gracie, a journey that she hopes leads her to opening her own gym someday. 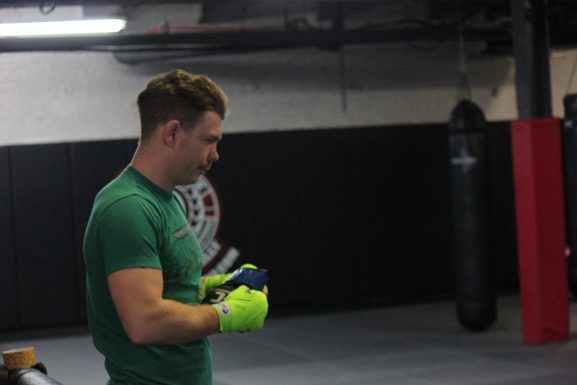 “MMA and jiu jitsu has become my entire life. I put everything around it, it’s my top priority in relationships and friendships. Every one of my friends know that jiu jitsu and my training takes priority, It’s become addictive.”

Gracie says he currently trains three different UFC fighters, which is relatively unusual for a gym that opened only a few years ago, but he isn’t surprised by the amount of success his students have had.

“A lot of gyms have been open for 15 or 20 years and they only have one guy in UFC,” he said. “We have three, but it isn’t something that I thought would be hard once I came to Philadelphia. The passion and the heart that the fighters in this city have really sets them apart from fighters in other cities and it makes my job just so much easier.”

As for the growth of MMA in the city of Philadelphia, Gracie attributes it to his fighters and other local fighters making it big in UFC.

“I know Eddie [Alvarez] isn’t the champion anymore, but guys like him, Paul and Sean Brady really bring attention to the sport,” Gracie explained. “Because they’re great fighters, they put on a show and get people talking. I wish the UFC would come back and put a show on here because it would get a lot more people interested in MMA training.” 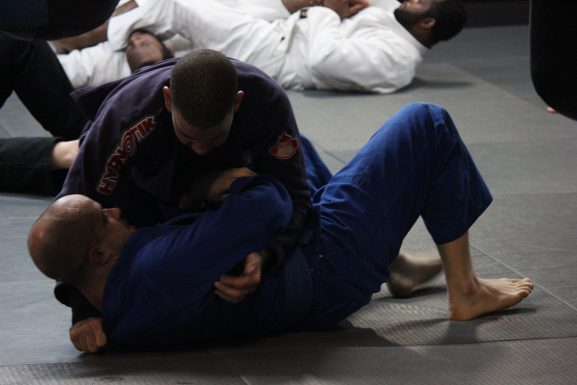 Despite its reputation, Philadelphia hasn’t hosted a UFC event in over five years and has only hosted two of the company’s promotions in history. The UFC has said they want to come back to Philadelphia, but because their brand is growing so quickly, there is a demand for them to expand into new territories all over the globe.

Until then, Gracie will continue to instill his belief that everyone should have a martial art background around the city to his willing students.

“Our jiu jitsu classes have a lot of people and not all of them are interested in MMA,” Gracie said. “But some of our students are curious, so they’ll come and hit the bags and do the training that our MMA fighters do, but they’re just not going to get punched in the face.”

— Text, photos and video by Tucker Bagley and Connor Northrup.

Boxing in today’s Philadelphia is not what it once was. On Dec. 10, 1968, Joe Frazier defended his world heavyweight title against Oscar Bonavena inside the city’s Spectrum. The 3-1 favorite, Frazier, won by unanimous [continue reading…]

From “Rocky” to the Blue Horizon boxing venue to Front Street Gym in Kensington, this city has always been a fighting town. But as boxing gyms and venues close around the city, mixed martial arts is gaining in [continue reading…]