Boxing in today’s Philadelphia is not what it once was.

On Dec. 10, 1968, Joe Frazier defended his world heavyweight title against Oscar Bonavena inside the city’s Spectrum.

The 3-1 favorite, Frazier, won by unanimous decision after 15 rounds. With 10,000 spectators watching the fight, the excitement of boxing in Philadelphia was at an all-time high.

Eight years later in 1976, “Rocky” hit the theaters and the boxing movie helped established the long tradition of Philadelphia being a boxing city.

“The say even in Philly the old ladies know how to hook off the jab,” said Joey Intrieri, a longtime Philadelphia cutman and promoter. “Boxing was big, every kid in Philly was a fighter or been to a gym and their cousin was a fighter. It peaked over the years and then headed on the way down.”

Intrieri recalls boxing gyms on almost every corner of the city and described it as a “paradise.” Today, he said he can count how many traditional boxing gyms are in Philly on both his hands.

With mixed martial arts rising in popularity over the last 10 years, more people are paying to watch fighters duke it out in a cage rather than watching a boxing bout for free on television.

Philadelphia’s own Danny Garcia fought Samuel Vargas at the Liacouras Center on Nov. 12, 2016. The fight aired for free on Spike.

“It was on Spike TV for free and people still were spending the money to watch the UFC fight,” Intrieri (below) said. “I think the younger generation likes MMA more because it is faster than boxing and they don’t have to sit there and watch two guys fight for 16 rounds.” 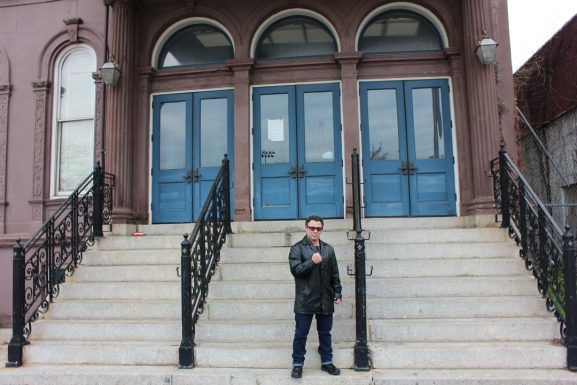 The price for the pay-per-view event cost $59.99 to watch, but fight fans still tuned in. UFC 205 earned $1.6 million in purchases and earned another $17.7 million at the live gate.

It is times like these where Intrieri feels heartbroken. A former fighter himself, Intrieri use to call North Philadelphia’s Blue Horizon his home away from home.

On June 4, 2010, Intrieri and 700 others in attendance were forced out of the venue by police. It is the last day the Blue Horizon had an event.

Today, the Blue Horizon sits on Broad Street, with brown paint chipping off the outer walls and weeds growing around the front stair case. It use to be one of the most popular and successful smaller venues not just in Philadelphia, but in the country, according to boxing promoter J. Russel Peltz. 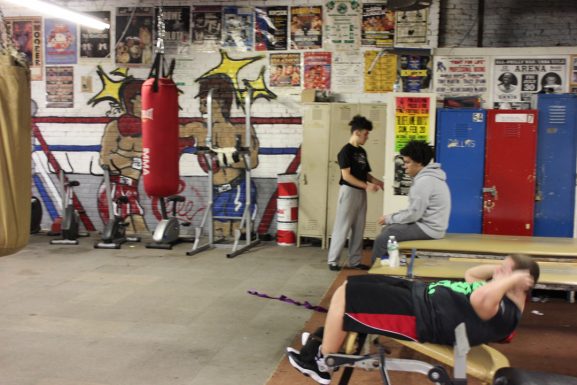 A graduate of Temple University in 1928, Peltz runs his own promotion called Peltz Boxing Promotions. He remembers the Blue Horizon quite well, it was a venue he would frequently hold shows in for its small, but exciting, atmosphere.

As MMA is attracting to the younger crowd, Peltz said the sport is not affecting how he approaches his boxing promoting. Peltz recently held a show at the 2300 Arena in South Philadelphia on Dec. 2, 2016.

The bout was headlined by Tevin Farmer and Dardan Zenunaj. After 10 rounds, Farmer won  by unanimous decision and Peltz said the fans walked out with smiles.

“We tried changing for a while and social media is good, but in this last show we learned people still read the newspapers because we did some print advertising and I think it ended up paying off,” Peltz said.

Boxing has hurt itself a few times in the past, according to Peltz. He believes MMA doesn’t help boxing, but it doesn’t hurt it either.

Daniel Gracie opened up his MMA gym on American Street in 2013. Many of his fighters fight locally and some are even on the UFC roster.

Gracie is making a career off mixed martial arts, but said boxing is not dead in the city.

“Philly is a boxing city, it is never going to lose that because everyone knows about boxing here,” Gracie said. “It is a mix now and what I like is before it was kind of a grudge, one was jealous of the other. Now, they are actually merging together and I see boxing champions training with MMA guys and MMA fighters training with boxers.” 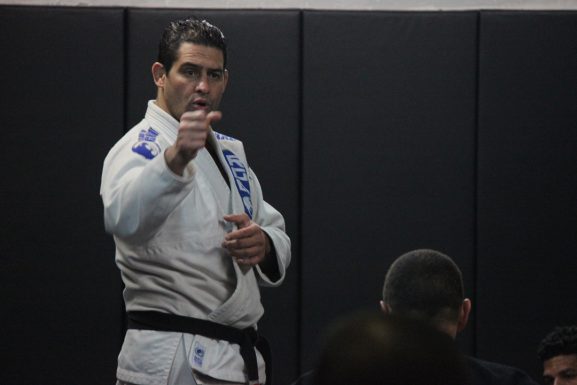 Intrieri continues to work as a cut man today and even worked at Peltz’s most recent event in December. It bothers Intrieri to see boxing on a decline.

The New Jersey resident said Philadelphia is still holding on to its pastime of boxing, not by much, but it is still there.

“Boxing is dead in other cities like in New York,” Intrieri said. “It is not dead here yet, but it is not doing a whole lot better either.”

–Text, Images and Video by Connor Northrup and Tucker Bagley.

Though almost 11 years have passed since the architectural salvage company originally opened its doors in 2003, ReStore hasn’t strayed away from its original mission. Linda Mellish, the company’s owner, set out to save useful [continue reading…]

Kensington: The Fire and The Aftermath

https://vimeo.com/40147019] Imagine waking up at 3 a.m. to sirens, bright lights and smoke-filled air. Your block is almost completely engulfed in flames. For the next two days the place that you call home would be [continue reading…]

Benson Park, located on the 1400 block of North Lawrence Street, provided the location for a monthly South Kensington Community Partners meeting where area neighborhoods participated in discussions about plans for improvements at the pocket [continue reading…]