The physical benefits of sports and exercise have long been established. Staying active can help fight disease, improve your immune system and show better character traits to help you develop as a person.

But what about the mental health side of sports?

According to the National Institute of Mental Health, anxiety disorders are the most common form of mental illness in the United States. They affect 40 million U.S adults that are 18 and older, which is 18 percent of the U.S population.

According to a study published by the Journal of Clinical Psychiatry, exercise and sports are proven to reduce depression and anxiety.

“Aerobic exercises, including jogging, swimming, cycling, walking, gardening, and dancing, have been proved to reduce anxiety and depression. These improvements in mood are proposed to be caused by exercise-induced increase in blood circulation to the brain.” –Journal of Clinical Psychiatry

This is why sports, teams and leagues, like the Philadelphia Sports Network, can play such a crucial role in life and our society. 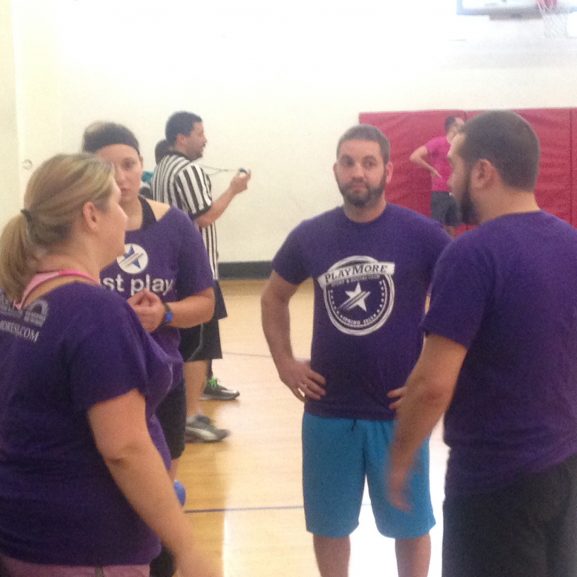 (Members of a Philadelphia Sports Network dodgeball team have a meeting, pictured above.)

Launched in 2007, the Philadelphia Sports Network had two goals in mind: health and fun.

Former architects Ryan Ward and Jason Cooper both shared a love for the game of basketball. They started their own pickup league with friends so they could play after work. They both left their jobs as architects and continued to focus their energy on the Philadelphia Sports Network. Eight years later, PSN now manages more than 200 leagues with more than 20,000 participants in the city of Philadelphia.

PSN offers over twelve different sports leagues. There are six seasons per year and play lasts all year. Players can sign up as a team or as a free agent. It cost between $60 and $75 to join. You get a PSN shirt and at the end of the season if you win, you receive a medal. PSN is also sponsored by local bars, so after each game the teams can go out and socialize. 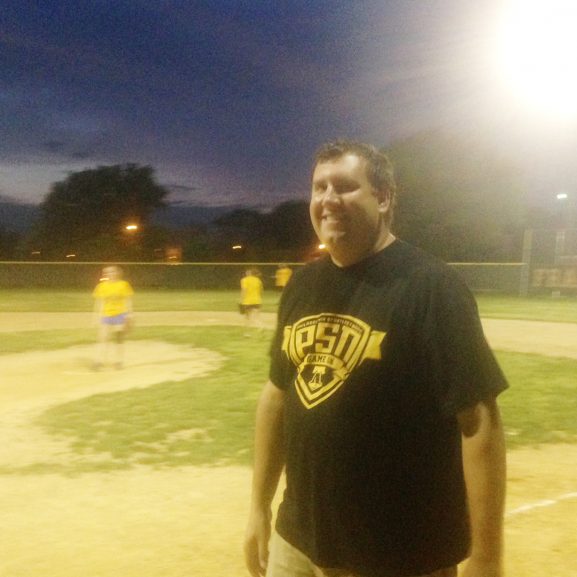 (PSN Softball Commissioner Joey Ianni talks to athletes as they take the field for a switch of innings, pictured above.)

“It’s succeeding because in Philadelphia you have a lot of people aged 21 to 40 who just want to get out there and have a good time,” said PSN softball commissioner Joey Ianni. “You work all day and just want to be a kid again and have some fun, so why not play some sports and hang out with friends?”

It also serves the community a purpose.

“I’m new to Philly. I just moved here about three years ago,” said PSN athlete Russ Wilkin. “All of the people I’ve met in Philly, all my friends, have been through this very softball team. PSN has been my way of being introduced to the city.”

“PSN if definitely a way to bring people together,” said PSN athlete Erica Jahnle. “The competitive nature and the friends that I’ve made have been fantastic.” 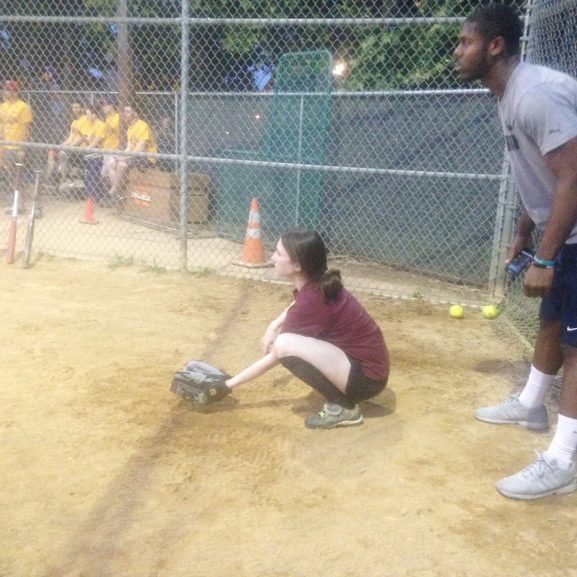 (A PSN catcher awaits the pitch, pictured above.)

“PSN has been a stress relief for me,” said Wilkin. “I always look forward to Monday night.”

“PSN has been an enormous stress relief for me,” said PSN athlete Ryan Brown. “I’m an accountant, so during tax season there’s nothing a look forward to more then getting out onto the court and throwing some balls with my friends.”

This Thursday marks the public opening of the Spring 2011 Exhibition at the Philadelphia Art Alliance, Kickin’ Back: Design for Leisure. Designers and architects were selected based upon their artistic interpretation of the concept of [continue reading…]

Johnathan Stewart is the head coach for Play Hard Squad (AAU Basketball) and a residential advisor at Girard College in the Sharswood section of the city. We spoke with the 45-year-old about the role of basketball in the city. [continue reading…]