Rene Galvin opened Never Too Spoiled in 2008 as a seasonal shop in Atlantic City’s Historic Gardner’s Basin. Galvin opened the small storefront mostly to run Internet sales out of but after falling in love with it, she decided to make it a more permanent business.

The little shop down the shore blossomed into a quirky and vibrant boutique and then moved to the Moorestown Mall. They also opened another location in Old City, where they specialize in Bohemian chic attire and unapologetically sassy home decor.

Walking in to the shop, located at 57 N. 3rd St., customers are consumed by bright colors, dreamcatchers and the urge to redecorate their apartments. This charming boutique aims to inspire.

“I live to create,” Galvin stated. “That’s my mission. Create, create, create. The inspiration for the displays come out of my head. I am lucky enough to have people around me who understand and can help me implement it.” 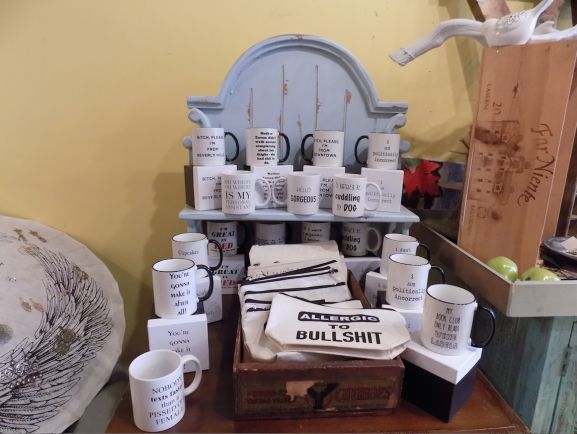 Galvin said that they spend hours upon hours looking at line sheets to pick clothing styles.

“I didn’t start saying, ‘Let’s go Bohemian,'” she said. “It just evolved. Everyone likes the flowing romantic clothing of that era, so we just go with the flow.”

Never Too Spoiled sees shoppers as young as 14 and as old as 84 coming in and falling in love with its contents. The clothes and accessories displayed in the most aesthetically pleasing ways, thanks to Galvin’s eye for design.

Aside from the storefront, Galvin is planning to expand the business through the power of the Internet in attempt to reach potential international customers. She is also in the early stages of creating her own clothes. This new endeavor has been on Galvin’s mind for a while, and now it’s slowly but surely becoming a reality with the help of a South Philly-based designer who she met en route to a trade show several years ago. Additionally, there are talks of expanding the boutique’s home goods section, and Galvin excitedly announced that she had some great ideas for it in mind. 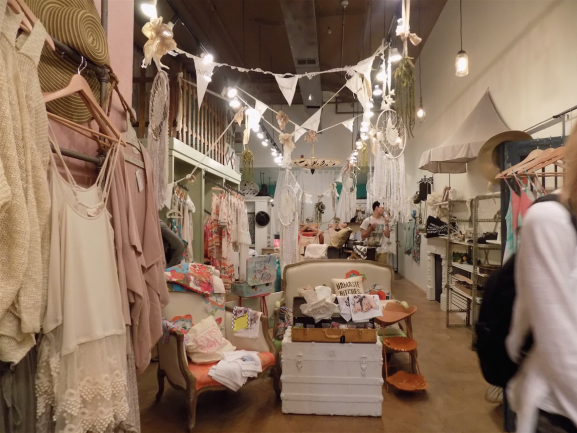 In the back of the shop, Galvin and her assistant manager, Kylie Martolock, hold different events every few weeks in an attempt to get to know their clientele and encourage them to be creative. Open to anyone who’s interested, Martolock and Galvin teach small groups how to make dreamcatchers and do other DIY projects, as well as host the occasional tea party for those looking for a little step out of the real world. They have also hosted bridal showers, baby showers and other private events. 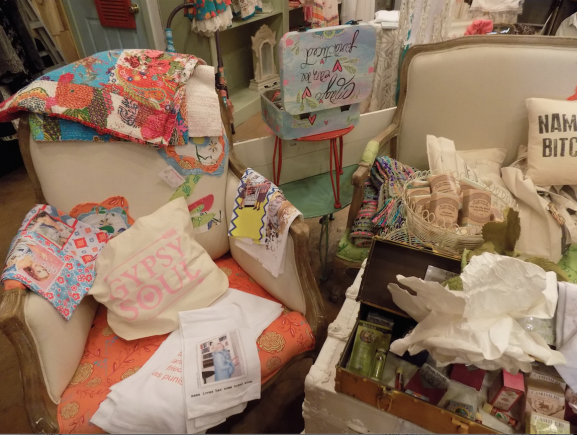 Due to its location, many of Never Too Spoiled’s customers who aren’t regulars are tourists. Galvin’s favorite part of running the boutique is speaking to people from all over the world and making them feel welcome. Her second favorite, she revealed, is getting people to try new things.

“Watching people try on styles they never thought would look good on them?” she confessed. “That’s the best.”

Because most of the clothing sold is light and flowing, Galvin reluctantly admitted that business tends to slow down in the wintertime, but that it was something she had to come to terms with running a store on the east coast. That said, when the weather is permitting, business booms and the boutique is busy from open to close. 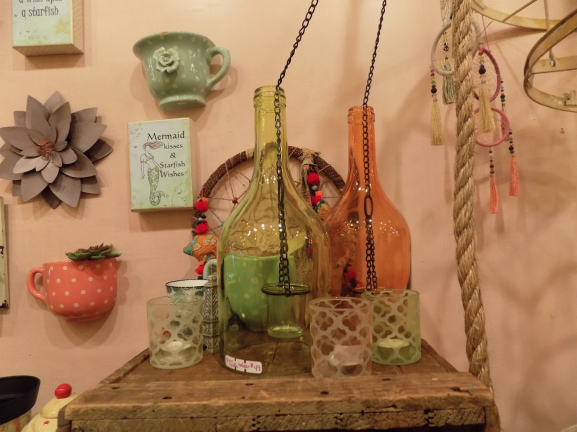 Coming up on its eighth anniversary, the Never Too Spoiled family is planning to commemorate the milestone with a photo shoot starring some of the shop’s favorite customers, lots of cake and a Lavender Festival celebration.

“We love our customers,” said Galvin. “We want them to remain lifelong friends.” 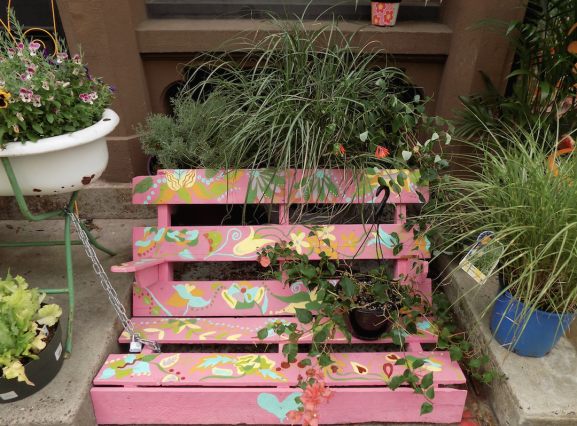 Whether it’s through feeding the homeless or counseling community members, Pastor David Fitzgerald stands out in the Germantown region. In an area facing a plethora of societal issues, namely poverty, the pastor actively seeks to [continue reading…]