The Philadelphia Shamrocks are a youth athletic club located in Northeast Philadelphia that promotes and participates in the game of camogie. The club is governed by the Philadelphia Divisional Board of the North American Gaelic Athletic Association (GAA). The board also governs hurling and Gaelic football in the metropolitan area.

Gaelic sports at all levels are amateur, which means that even elite players do not receive payment for their participation in games. 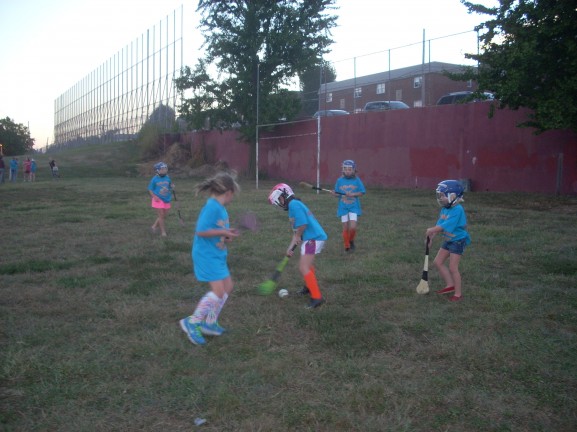 Camogie games last for 60 minutes with two 30-minute halves. Matches are contested by two teams with 15 players on each side. The fast-paced game is played with a ball and stick.

“It’s like field hockey, but the ball can be hit in the air,” said Sue Galiczynski, secretary of the Shamrocks.

The camogie stick is long with a flattened, curved end. In the men’s version of the game – hurling, the stick is called a hurley. The ball used is a small sliotar, which is a solid ball slightly larger than a tennis ball. Dropping the stick to hand pass the sliotar is permitted. Soloing is also allowed.

There are Gaelic clubs in several other North American cities, including Boston, Chicago, New York and San Francisco. 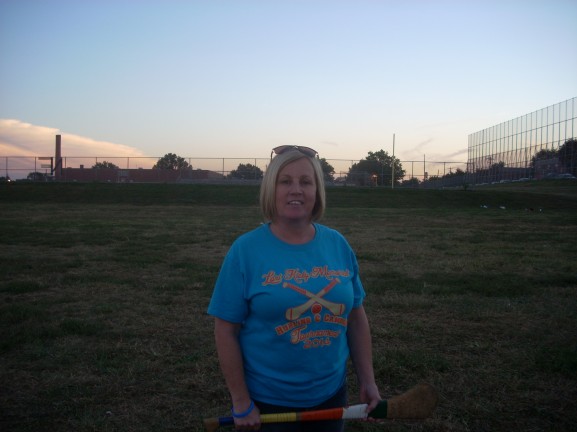 Earlier this year, the Shamrocks traveled to New York City to compete in the Continental Youth Championships (CYC) and won the cup. In 2015, the team will head to San Francisco to try and repeat that success with another championship win.

“Hopefully we can defend the cup,” said Shamrocks head coach Elaine McIvor (above).

The Shamrocks welcome players from ages 6 to 17. Find more information about the team on their website.

They may be known as man’s best friend, but pups might not be the first thing that come to mind when sorting out community affairs. However, that’s not the case in Queen Village. Jaclyn Kelly [continue reading…]

Iman Marcano-Sowell always loved cooking, but it was never her dream until she and her mother opened their food stand, Calypso, in the Chestnut Hill Farmer’s Market in May 2009. “I just knew that she [continue reading…]

Technically Philly: Penn and Temple Professors Weigh In on the State of MOOCs

MOOC has become a buzzword in higher education these days. Universities across the country are implementing Massive Open Online Courses and providing students, as well as the general public, with free education. But many questions [continue reading…]