One of Bella Santos’ fears was that she would never be loved. It may not be a common fear for most 17-year-old girls, but it’s one that was even echoed by Santos’ mother.

“Gay men want men and straight men want women,” she would say. “Where do you fall?”

It’s been a difficult journey for Santos to be comfortable with where exactly she did fall. She started wearing female clothing when she was in 7th grade and initially came out to her mother and stepfather as bisexual. Last year, however, she wrote her mother a letter explaining the truth: that she is transgender. Although Bella was biologically born a male, she identifies as female.

“Transitioning was kind of hard,” she said. “Trying to explain to people, ‘No. Please don’t refer to me as my biological name anymore. Please refer to me as Bella and use she and her pronouns.’ Some people are totally against it. Like, ‘No, you’re still a boy.’”

When Santos was 16, she was admitted into Friends Hospital, a mental health facility in Philadelphia, where she realized that she couldn’t run from her gender identity. This year, around her 17th birthday, Santos took a big step in fully accepting her identity as a woman.

And today, despite those fears that she would never find someone who would want her, Santos is in a healthy relationship with a man who understands and accepts her identity.

“I’ve never met somebody so supportive and so willing to be educated on who I am and my experience,” she said. 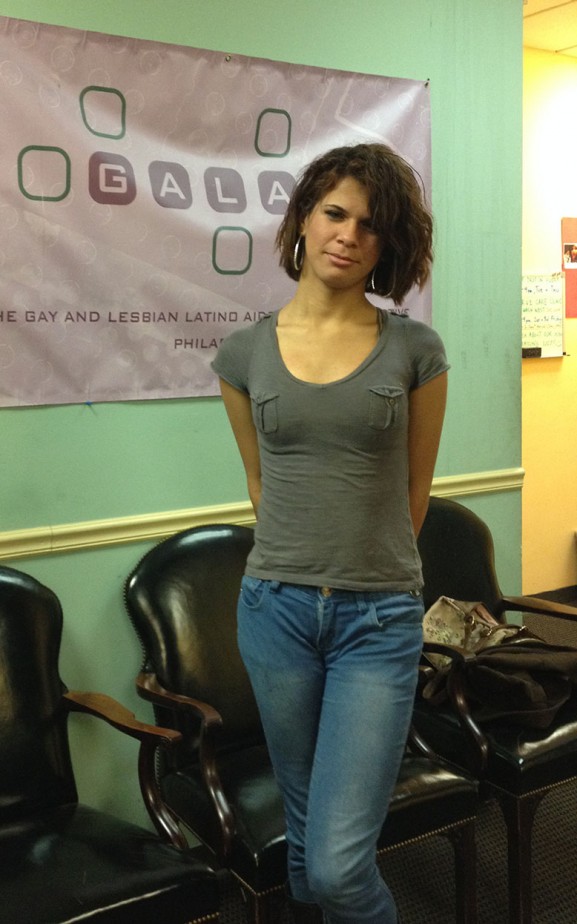 Santos (pictured at right) is an example of what GALAEI’s youth empowerment program is all about. This past year, GALAEI, the Gay and Lesbian Latino AIDS Education Initiative, decided to spend more time focusing on youth empowerment as part of their Trans-Health Information Project (TIP). TIP is a resource in Philadelphia that provides anyone identifying under the transgender umbrella with support and assistance in getting legal or medical help.

As a “By Trans/For Trans” program, TIP also offers “a comfy couch to sit down and talk to a trans man or a trans woman about the stuff you face on a daily basis,” said Naiymah Sanchez, TIP co-coordinator. “Just to have an open conversation and get that feedback, that ear to listen or that shoulder to cry on.”

A program like TIP is an important resource for a portion of the population with high suicide and homelessness rates. A study done by the American Foundation for Suicide Prevention and the Williams Institute at UCLA School of Law earlier this year found that 45 percent of transgender youth between the ages of 18 and 24 had attempted suicide at least once. Furthermore, one in five transgender people have experienced homelessness at some point in their lives.

Sanchez says that it is the lack of support from family members that leads to those discouraging statistics.

When possible, TIP tries to reach out to families and help them understand an individual’s transition. Although they don’t always encounter responsive families, that wasn’t the case with Santos.

Sanchez worked with Santos’ mother and stepfather, who were not entirely accepting when she first came out as trans. Today, however, Santos says that she and her mother are closer than ever.

“I’m so grateful that we never gave up on her family,” Sanchez said. “Because that one time when we could’ve gave up, we would’ve been giving up on Bella.”

Another aspect that TIP focuses on is encouraging trans youth to stay in school. A 2005 study on transgender youth in Philadelphia found that three-quarters had dropped out of school “because of the constant acts of violence against them based on their gender identity and expression.”

Santos had gone to two different schools before finally enrolling in El Centro de Estudiantes, where she will graduate from next spring. The school, located in West Kesington, is an alternative program for students who have struggled in other high schools around the city. El Centro has smaller class sizes, internship programs and, especially important for Santos, teachers and staff who respect her gender identity.

Although her high school years have been difficult, Santos is grateful for the experiences that have made her who she is.

“It’s a fight. And it’s a battle. And I would like to sit here and say, ‘Oh, I can’t stand it,’ but I think every great person had a fight and every great person had a battle in life,” she said. “It’s something that, even though it frustrates me, I can sit here and say that I’m kind of happy it’s a battle. You just keep doing what you’re doing and show people that I’m a person. I’m just doing a battle and me doing this and then getting wherever I need to go, every person counts.” 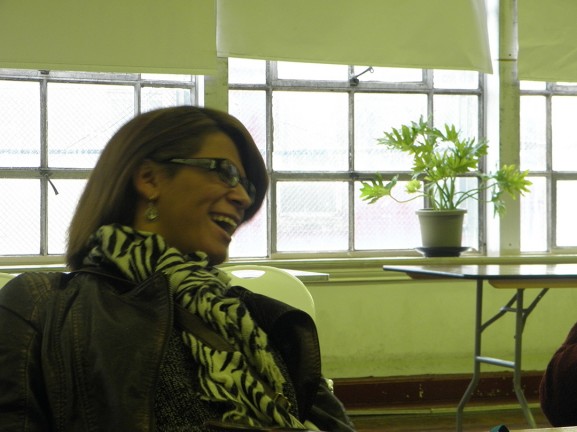 And where Santos is planning on going is into international business administration.

“I see a lot in that girl’s future,” Sanchez said of Santos, who she described as a beautiful soul. “At first, she showed no hope. And now she shows all the hope.”

Santos has a passion for working with the trans community and hopes to one day open a homeless shelter for transgender youth.

“Whatever I do in the future hopefully impacts the trans community,” she said. “Maybe one day, trans men or trans women or gender fluid people can walk the hallways and not have to worry about who’s saying what or what’s going on around them.”

– Text and Images by Sara Patterson.

Gayborhood: Five Places to Eat in the Gayborhood

Philadelphia’s Gayborhood is a community that offers a variety of places to eat, drink and be merry. Before a tough day of work, anyone in the Gayborhood can run to Toast to grab a coffee [Read More]