Philadelphia has a thriving drag community, with drag shows all over the city and an ever-growing population of performers. On any given night, a drag show is likely going on somewhere in town.

Throughout history, drag has employed very rigid rules for its queens, often in relation to physique and size. However, with the growth of the industry, drag is now accessible for people of all shapes and sizes.

With different styles and categories of drag, performers are able to find acceptance in whichever community best suits them.

Five of Philadelphia’s performers share what drag means to them. 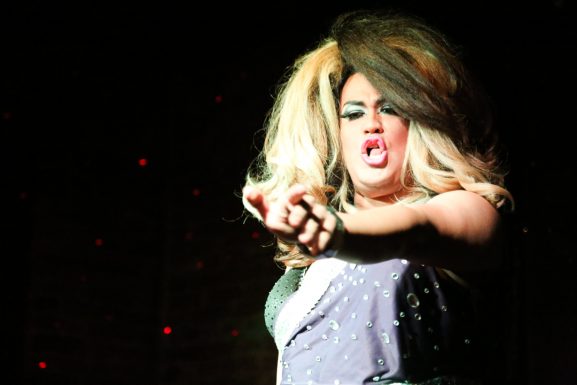 Sandro Negron’s first exposure to drag was during college, when he was chosen to perform in drag for an event with his fraternity. He has been performing now for seven years.

“Why did I get into drag?” Negron asks himself. “I don’t know. This is such a train wreck of a life.”

Negron describes drag as a way to let loose and get away from the monotony of daily life. He says that he appreciates the extreme difference between his corporate job and his experiences with drag.

“I think that drag has helped the gay community,” Negron said. “It’s helped people to push their boundaries and push their comfort levels.”

Negron moved to Philadelphia from Florida about a year ago and he says his experience with drag in Florida was much different than that of Philadelphia.

“There have been times when I’ve had show directors come up and literally grab my love handles,” he said. “They’d tell me I needed to lose 10 pounds in two weeks or they’d cancel my booking.” 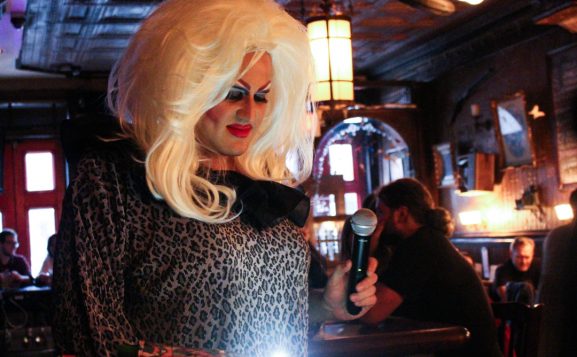 Brittany Lynn is one of Philadelphia’s most well-known drag queens, and has been performing here for 21 years. Two years ago, Brittany set a Guinness World Record for the most drag queens on a stage at once (there were 88 on stage at the Trocadero).

Ian Morrison originally moved to Philadelphia to become a stand-up comic. He discovered that venues were not hiring gay men but were looking for drag queens. So, he became one.

“Drag has given me a lot of opportunities I never thought I’d have in any other forms,” Morrison said. “Being a drag queen really never ends.”

As one of the older drag performers in the community, Morrison notes a change in body acceptance and body positivity over the years.

“Now, everyone kind of does what they want, which is great,” he said. “When I was growing up, there was only one kind of ‘gay boy’ body type and that was it.” 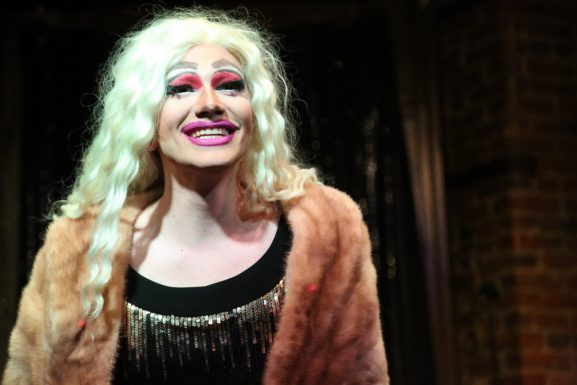 Kyle Ayotte is newer to the Philadelphia drag scene, only performing for about a year. He went to a drag show at Voyeur Nightclub and thought it looked fun, so he decided to try it.

“Most other queens are like, ‘This is a job, this is my life,'” Ayotte said. “But for me, I’m just here for the laughs.”

While Ayotte enjoys drag just as a fun side hobby, he understands how for some others it can be an outlet during times of identity struggles or confidence issues.

“You can put on a whole new face and a whole new personality,” he said. “It’s not you. You can be your best self, essentially.” 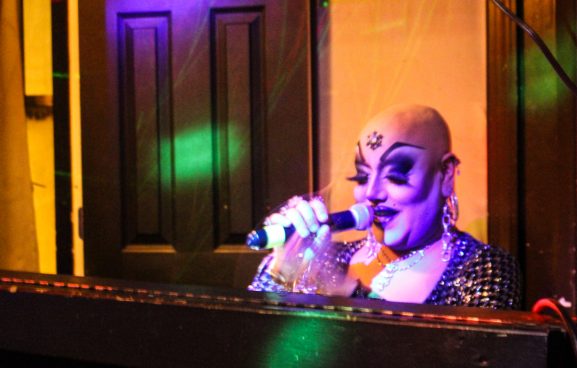 David Lopez has been performing in Philadelphia’s drag scene for 27 years. His first drag experience was at age 16 and was completely accidental.

“I went into a show in Washington, D.C.,” he said. “They had something called a suicide show, where they would just pull someone randomly from the audience, put them in drag and make them perform.”

Lopez was chosen to perform on stage. He’s been addicted to drag ever since.

“It’s an empowering thing for me,” he said. “When I’m performing in drag, I let it all hang out sometimes.”

Lopez said he is a very quiet person off stage, so he appreciates drag as an outlet to be free and overcome his shyness.

“I’m more comfortable on stage than I am behind the scenes, just having chit chats with people,” he said. 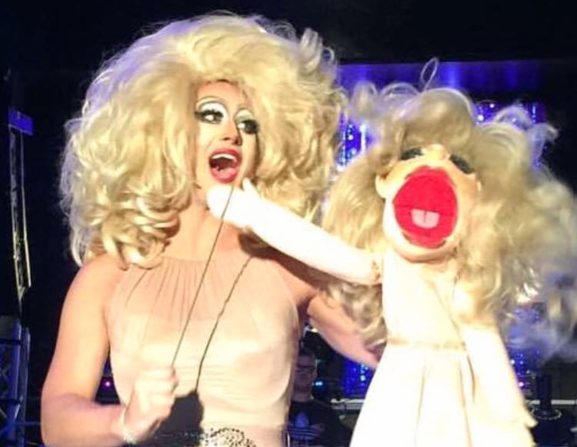 Todd Murdock first began performing drag about two years ago. He was a theater person, so for him, drag was another outlet for creative performance. He said he became interested in drag because there were certain performances he felt he couldn’t pursue as a man but instead could explore as a female character.

“Through drag, I’ve really gotten to meet a lot of new people throughout Philadelphia,” Murdock said. “It’s really impacted every aspect of my life to the point where it became a second job.”

Last year, Murdock won second place in Philly Drag Wars. He is currently taking a break from drag but says he plans to return at some point.