Philadelphia’s Gayborhood is a community that offers a variety of places to eat, drink and be merry. Before a tough day of work, anyone in the Gayborhood can run to Toast to grab a coffee and a snack. After a long day, residents or visitors to the community can have a nice meal at Knock, get a taste of Latin cuisine at Mixto, or head to Tria for an exquisite pairing of wine and cheese. After a long night of drinking, you can catch a late-night fourth meal at 13th Street Pizza and catch up with the late-nighters.

Located at the corner of 12th and Pine streets, Toast (pictured above) is a popular cafe in the Gayborhood that serves coffees, teas and little snacks. What sets this place apart from the other cafes in the neighborhood is their large assortment of loose leaf teas and, of course, their variety of toasted snacks. 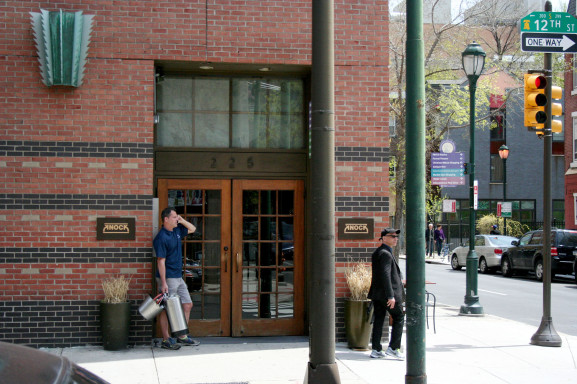 Knock Restaurant and Bar is a local Gayborhood favorite. Set on South 12th street, Knock hosts a wide variety of people for lunch and dinner. It was only recently opened by Bill and Steve Wood, previous owners of Woody’s. Knock is a traditional American cuisine restaurant with a heavy nightlife.

Knock was voted by the Diner’s Choice Awards as the best gay/lesbian bar in Philadelphia. The residents of the neighborhood frequent Knock to catch up and have a drink together after a long day of work. 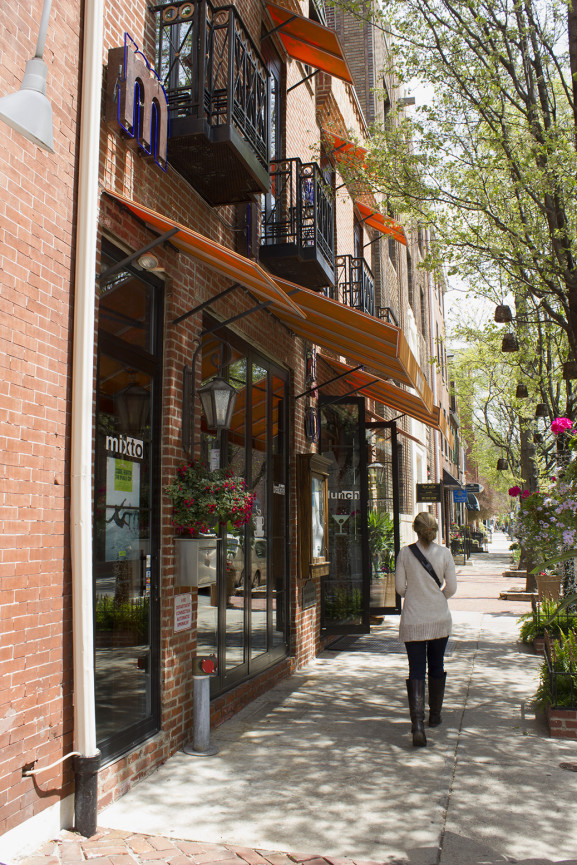 Mixto is a mixture of South American flavors, bringing South America straight to Philadelphia. Voted by the Diner’s Choice Awards as the best Latin food in Philadelphia, it is a restaurant that brings Latin, Cuban and Caribbean flavors together. Mixto can be found at 1141 Pine Street, across from the Alexander Inn. It has outside seating for the warmer weather. The restaurant is open every day of the week. 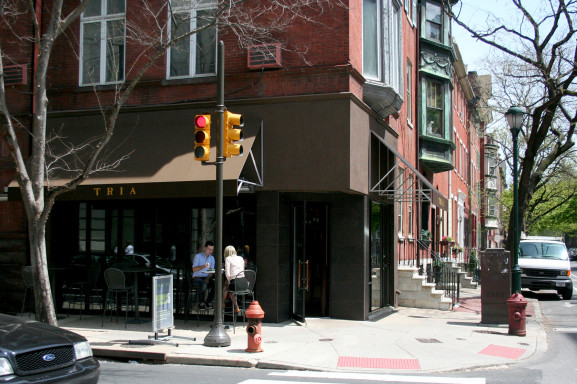 Tria Cafe is a place you have to visit if you enjoy wine, cheese and beer. This restaurant has been awarded six Best of Philly awards by Philadelphia Magazine. With an abundance of bars in the Gayborhood, you will find no problem getting something to drink but if you want the good stuff from people who know their products, check out Tria. They are so knowledgeable that they even offer classes, such as their Beer 101 class that is catered to those who want to know the difference between an ale and a lager. 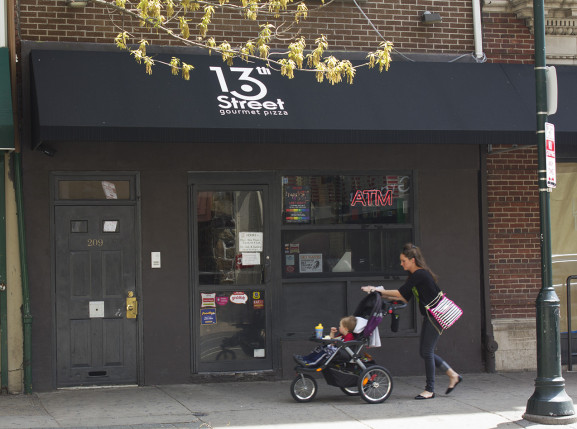 13th Street Pizza is an unusual pizza place, open primarily for dinner and late night snacks. Located at 209 South 13th Street, the shop does not open until 4 p.m. on any day besides Sunday, when it opens at noon. Although it may not be open early, the shop is certainly open late, making it a perfect place for late-nighters and those just coming out of the bars.

Open until 3:30 a.m., 13th Street Pizza is the perfect place for everyone in the Gayborhood to meet up and grab a slice late at night.

Philadelphia’s LGBTQIA community now has more places than ever to go to for their health care needs. The Human Rights Campaign (HRC) has named nine Philadelphia area hospitals and health centers Leaders in LGBT Healthcare Equality […]

Asanda Madosi was 21 years old when he told his mother he was gay.  “My mother saw pictures of me in makeup and called me to tell me that we needed to talk,” said Madosi.  […]

Chris Bartlett considers himself an active part of the technical community–or the geek community– as he affectionately calls it. But Bartlett is also an active member of the LGBTQ community, serving as the executive director […]