What is a parent to do when they suspect that their young child might be transgender? When their son feels more comfortable wearing his sister’s dresses? Or their daughter asks to be referred to as “he?”

For parents in Philadelphia and the surrounding area, the answer to that is to go and see Dane Menkin, a family nurse practitioner at the Mazzoni Center, an LGBT health care and wellness center located in Center City. Menkin, alongside Dr. Andrew Goodman and Elaine Dutton, works as part of Mazzoni’s P.A.C.T.S. (Pediatric and Adolescent Comprehensive Transgender Services) program. It is his job to determine whether or not a child moves forward with the program upon their first visit.

“What I tell parents is, ‘If I can’t answer that question by the end of the visit, we really can’t move on,’” Menkin said.

Through talking to the child and their parents and hearing stories about the child’s behavior, Menkin determines if the child’s gender identity, whatever it may be, is “insistent, consistent and persistent.” From there, families work with Mazzoni’s doctors, nurses, social workers and mental health professionals to decide the best way to treat the child. For adolescents, that could be blocking puberty.

The P.A.C.T.S. program, which sees over 60 children from ages 5 to 16, is one of only a few of its kind to offer puberty blocking. It’s a treatment that first gained attention in 2007, when Dr. Norman Spack, a pediatric endocrinologist at Boston Children’s Hospital, opened the hospital’s Gender Management Service clinic.

“It’s an evolving field and a growing one,” said Menkin. “I think there’s probably six to eight centers around the country that are doing it pretty comprehensively and pretty well. But I think it’s something that there’s a pretty big need for.” 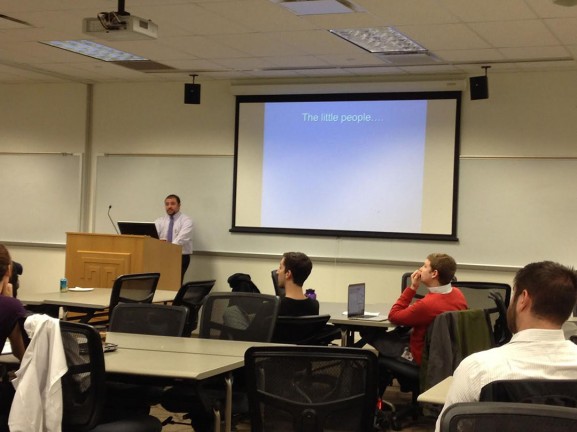 It’s a service that Mazzoni didn’t provide until they began the P.A.C.T.S. program within the last year. What puberty blocking does is delay the arrival of secondary sex characteristics. For boys, this means they won’t grow facial hair and their voices won’t deepen. For girls, their breasts won’t develop and they won’t start menstruating.

For children who are still unsure that their gender identity lines up with those secondary sex characteristics, that delay can be a big difference.

“It’s such a relief for both the kiddo and the parents,” said Dutton, a licensed social worker at Mazzoni. “Put things on hold. Let them continue to explore.”

Another aspect of Mazzoni’s program that puts families at ease is the community-based approach that P.A.C.T.S. takes. Rather than just providing medical care, Mazzoni offers families comprehensive and individualized plans for each patient, complete with primary health care, education on how to manage prescriptions and legal help related to their transition, as well as social events for families.

A community-based program also means care at a more affordable cost. Transgender health care is usually not covered by insurance. A single visit to an endocrinology specialist can cost a patient hundreds of dollars, while actual treatment can be up to $5,000. Mazzoni never turns down anyone for being uninsured and works on a sliding scale, financially.

“Folks have been seeing endocrinologists for this specific type of care and that is much more expensive,” said Dutton. “So, I feel like families are really excited about the lower cost and the comprehensive approach.”

Families breathe a sigh of relief when they come into Mazzoni, says Menkin.

“They’ve been searching. They’ve been looking. They’ve been trying,” he said. “And they’re just so relieved to have found a place where there are people doing this and this is normalized and there’s actually a plan. Raising kids is hard and if you’re raising a kid who’s different, that incites panic in a parent.”

After that initial sigh of relief, however, parents have concerns.

“Across the board, parent’s questions are safety,” said Menkin. “Is this going to harm my child in any way?”

The effects of puberty blocking treatment are reversible and safe for children, although some of the lasting effects on development have yet to be understood. Because this is such a new and uncommon treatment, there is a lack of data on the subject. Through the Mazzoni Center’s involvement with the Trans Health Conference and their status as a leader in LGBT health care, they have access to resources that other establishments may not.

“You need to have resources to ask questions of this,” he said. “We are privy to have access to a lot of brains. Other people can find these people. They’re not hiding. But we have regular contact with them.”

This year, the Human Rights Campaign (HRC) named the Mazzoni Center, along with eight other Philadelphia area hospitals, a Leader in LGBT Healthcare Equality.

Menkin sees a lot in the future of the P.A.C.T.S. program and hopes that it will further their status as healthcare leaders.

“I see us building a more formal program,” he said. “I see us becoming leaders on this. At least on the east coast.”

Gayborhood: The Center For The Community

Gayborhood: On 12th Street, In The Heart of The Community

The Gayborhood stretches from 11th and Broad streets to Chestnut and Pine streets in Center City Philadelphia. Each block within the area has a gay destination that caters to the LGBTQIA communities. In 2007, the […]

Philly Pride held its 25th annual Parade and Festival on Sunday. Over 160 groups, organizations and vendors were present at the festival, which had over 10 thousand attendees. Pride organizers predicted this year would have […]