It’s co-owners, Emile Sorger and Noah Julian, had both been teaching yoga at various studios in the city for years before a developer at MM Partners LLC gave them the opportunity to open their own.

Julian explained what makes YMS Philly so unique as a yoga studio is its inclusion of and focus on all kinds of movement, not just the typical yoga asanas, or poses. The instructors have backgrounds in dance, gymnastics, acrobatics and various martial arts.

Julian described himself and Sorger, pictured below, as each having a somewhat unorthodox practice. 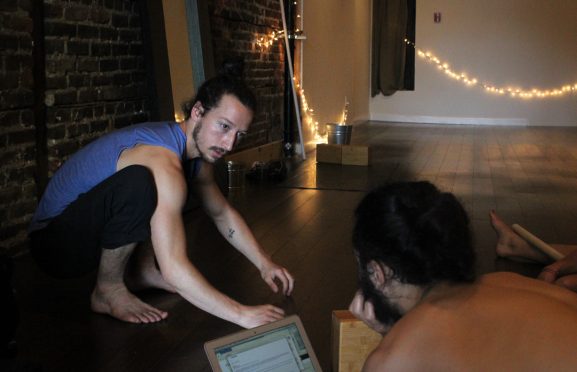 In fact, Sorger was climbing trees in the park as part of his practice when a developer from MMP approached him about an idea for a studio in Brewerytown. Sorger had been living in Brewerytown since 2012 but only teaching yoga at studios in Fishtown and Center City.

“I was feeling a little bit restless at the studios I was teaching and at having to mold my teaching to the vibe of the studio,” he said.

David Waxman of MMP said the development company was eager to bring a yoga studio to Girard. He and his partners have been focusing the past few years on revitalizing properties in Brewerytown and building up the commercial corridor of Girard Avenue.

He said several people moving into the new properties expressed interest in seeing a yoga studio open up in Brewerytown.

As for Sorger and Julian, the transition from teachers to business owners hasn’t been too difficult. Before moving to Philadelphia, Sorger worked as a manager for a studio in Baltimore. Once YMS opened, some of Sorger’s and Julian’s students from other studios followed them over to the new location, and they’ve been steadily growing. 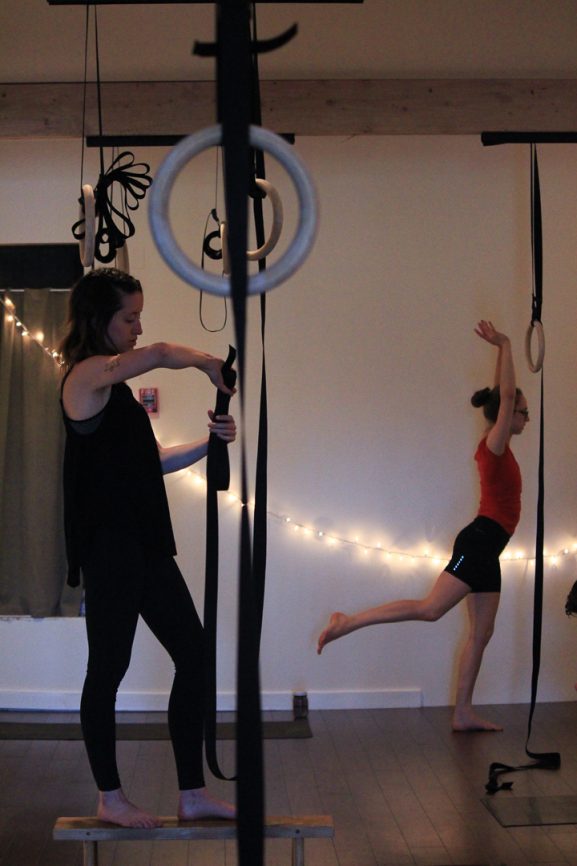 Lately, people who live around the area have been stopping in to check out the space. Against the façades of tattoo parlors, bars, and clothing shops on Girard, YMS looks different and welcoming. The weather has allowed for them to replace the front door with thin drapes, and the storefront is decorated with plants, colorful prayer flags and a welcoming sign. 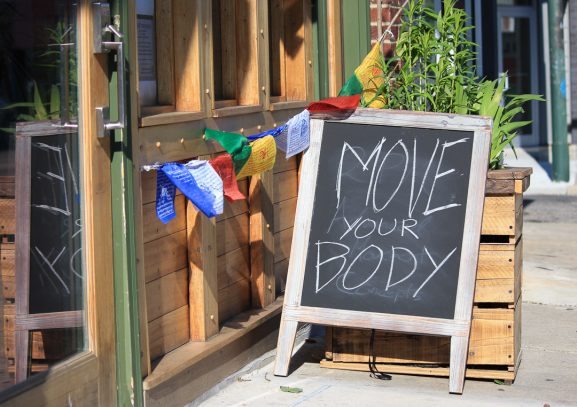 Curious passers-by are welcomed usually by one of the owners and asked to take off their shoes upon entering. There may be a few people inside practicing poses, hanging from bars in the ceiling or just stretching out on the floor.

The studio offers monthly memberships as well as community classes costing five to seven dollars a class. It also offers an introductory month for beginners who are curious about classes and maintaining a yoga practice.

Tyrone Akins and Brian Holland knew that they didn’t want to be in the pharmaceutical business forever. At the same time, they knew that if they opened a business that it had to be unique [continue reading…]

Like other parts of the city, Northern Liberties’ housing market has rapidly expanded in recent years. It seems as if every other street is restricted by orange construction barricades. By the time the seasons change, [continue reading…]