Beat The Streets Philadelphia aids student-athletes in more ways than one. The organization prides itself on giving academic and athletic support to underprivileged wrestlers.

“Whether they need transportation, new uniforms, food for tournaments, accommodations for overnight stays, we have to plan all of that stuff,” said Rory Gulak, assistant director of wrestling operations. “We have a budget that we work with and it’s just amazing to work with [the wrestlers] and all the teams.” 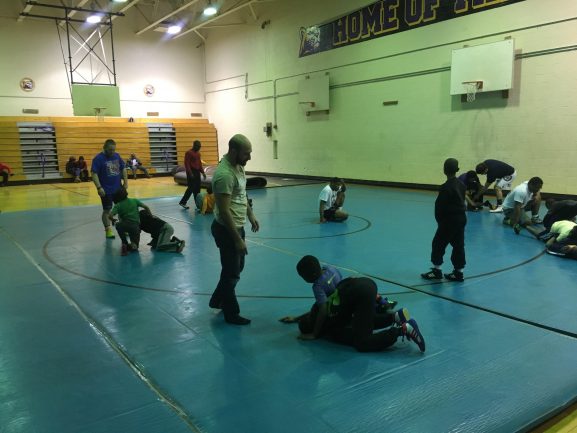 With some wrestlers lacking resources to achieve success both on the mat and in the classroom, Beat the Streets looks to help. From elementary school to high school graduation, the organization serves as a support system to wrestlers who otherwise might fall in a gap.

“I would probably be doing different sports and going to tutoring places trying to get a good education,” South Philadelphia High School wrestler Miles Lee said. “I would just be trying to find myself. But where I’m at right now at Beat The Streets, I’m in a perfect spot.”

Beat the Street’s mentoring center is located in University City, a place where local wrestlers can go for help with homework or placement tests.

Mentors often have one-on-one meetings with the students to provide them individual attention, identifying academic areas a student may need guidance in. During the season, mentors (often former wrestlers themselves) can discuss how the season is going and provide advice how to improve on the mat as well.

Those leading the organization believe the combination of wrestling and academic support will help student-athletes tap into their potential.

Gulak, involved with Beat the Streets since 2010, grew up wrestling at Northeast High School. He later ended up coaching Lee at South Philadelphia High School where the young athlete soon joined up with the program. Lee acknowledges Gulak and the staff have pointed him in the right direction since he joined.

“I get along really well with all my coaches,” Lee said. “I can talk to them about wrestling and about life.”

“Now with the all youth programs, the impact that we’ve provided has changed the evolution that the city has gone through,” Gulak said.

He admits there is a lot of logistical work that goes into ensuring the student-athletes, especially at the high school level, are in the best possible position to succeed. But it is worth it to him. The entire staff wants to see wrestlers excel in the classroom as well as on the mats, and a college acceptance letter is tangible evidence of that success. 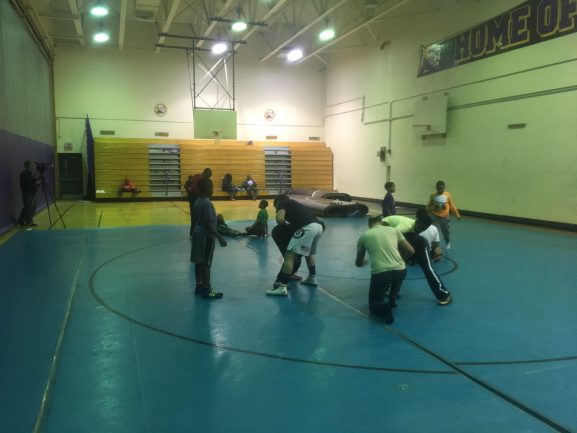 “We have kids going to [PIAA state championships] right now. It’s a miracle on the youth level and the high school level and it’s not only going to the wrestling side of things, it’s going to education as well. These kids are going to schools that they never thought they could go to.”

Affecting student-athletes isn’t the only place Gulak hopes for growth. With sites in Camden, Allentown and Trenton, Beat the Streets hopes to expand not only geographically but gender-wise as well. He estimates about 60 females wrestled with the program in 2016 and hopes both male and female wrestlers recognize the organization is a place they can receive the academic and athletic advice while also having a good time.

“We are constantly getting calls from people to get in our league because it is so fun,” Gulak said. “This is the best job in the world.”

-Text, photos and video by Greg Frank and Chris Stewart.

When Saquan Dixon walks through the Mantua section of West Philadelphia, he feels a vibe much different from the Kensington neighborhood where he was raised. Neither Mantua, also known as “The Bottom,” nor his neighborhood in [Read More]

Contrary to the impression viewers might get from primetime television every Monday night, professional wrestling is not a self-sustaining job. Beyond the television screen are thousands of independent wrestlers across the country, each with their [Read More]