Central High School has become one of the city’s elite wrestling programs. The Lancers won two of the last three Philadelphia Public League championships and have not lost more than one public league match in a single season since the 2010-2011 campaign.

This year’s team featured a mix of young talent and experienced leadership. Seven wrestlers won at least 20 matches. Three of wrestlers were freshmen and sophomores while the other four were upperclassmen. One of those upperclassmen was senior Ousmane Diarra who credited ninth-year coach Jeremy Julien and Julien’s assistants for effectively coaching all the wrestlers on the team regardless of where they were in their high school careers. 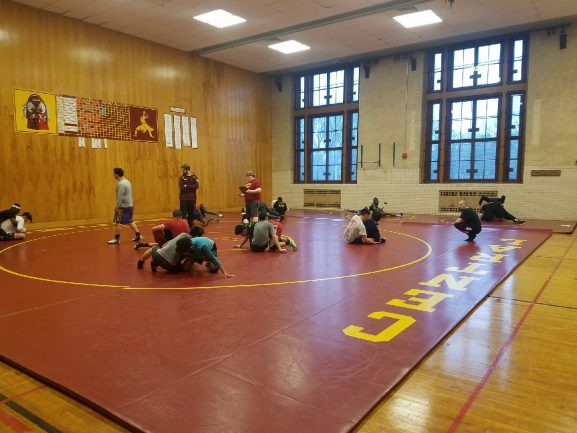 However, Julien did not want to bask in the limelight by himself. The former Central wrestler credited a local wrestling organization called Beat The Streets for a lot of the improved development of wrestlers all throughout the city.

“If you’re willing to work, they’ll send you to camps, they’ll pretty much do everything for you,” Julien said. “Beat the Streets has really changed the game.” 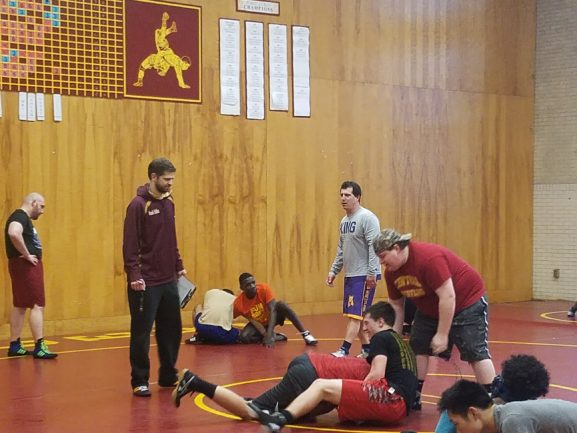 Beat The Streets often had coaches at Central’s practices this season and helped facilitate joint practices with other schools in the city. But, for senior Garrett Roscioli’s family, the wrestling program at Central has always separated itself as the city’s best.

Roscioli’s older brother wrestled for Julien at Central and his younger brother will arrive on the mats next season. He gave all the credit to Central for sparking their interests in the sport.

“It’s what got the family into wrestling really,” Roscioli said. “My brother just came here and he didn’t really know what wrestling was. My dad told him to try it out and he did it. He liked it a lot so he told me to do it and now our family is doing it.” 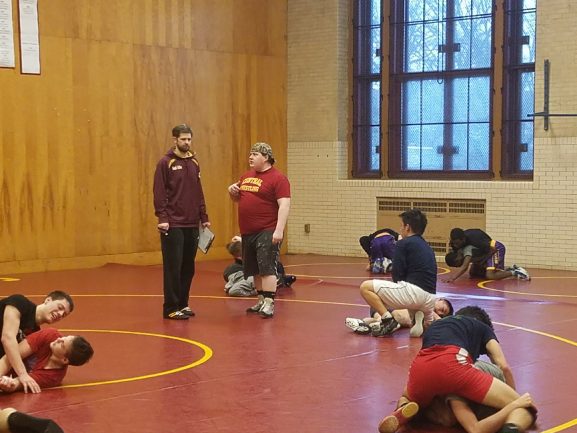 Julien indicated that the team’s recent success was a good benchmark for younger wrestlers to aspire to live up to. Since taking over as coach, Julien hoped to see a competitive fire in all his wrestlers.

“Every year when our season ends I try to set up a program for where they can go but honestly it is up to them,” Julien said. “They really have to want to go to the next level. The guys that take advantage of these opportunities, we’re seeing the results. So hopefully more guys catch on and start doing it.”

Passion is an essential element in the development of communities in Northwest Philadelphia. Each of these individuals brings their own skill set in an effort to build a stronger community. They strive to improve their [Read More]

Amateur Sports: Beat The Streets Developing Wrestlers On And Off the Mat

Beat The Streets Philadelphia aids student-athletes in more ways than one. The organization prides itself on giving academic and athletic support to underprivileged wrestlers. “Whether they need transportation, new uniforms, food for tournaments, accommodations for overnight [Read More]