Emily Cobb and Leslie Boyd rented a space on the first floor of the newly repurposed Bok in November 2015. In April the duo will move up to a larger studio on the building’s second floor said Boyd.

“We were downstairs in a glorified closet space that we think might have been a faculty lounge at some point,” Cobb said. “We knew that they were opening the second floor, and since we were already first floor tenants we kind of got first digs, or first pick.” 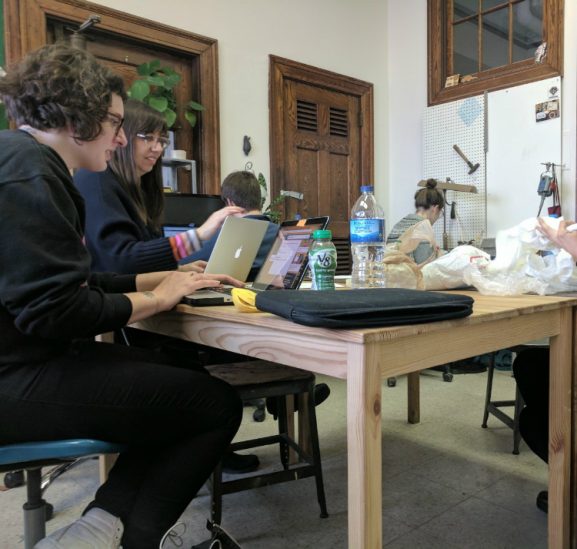 After meeting Maria Eife, who had a studio of her own in the building, the plans to share a more sizeable space began to fall into place. With the addition of Mallory Weston and Melanie Bilenker, jewelers who were also looking for workshops to craft their creations, the JV Collective was born.

JV Collective serves as a collaborative vehicle for these independent jewelers to share not only supplies, but ideas as well.

“It’s sort of like being in a school studio again, where you can bounce ideas off each other,” Eife said.

Weston believes that working closely with four other professionals in her field opens up opportunities that don’t present themselves as easily as they did when she was based in her home studio.

“I think it helps that we’re a collective of five artists that are working together because usually, if somebody is interested in talking to one of the artists in the collective, it’s like ‘Oh, well you work with five artists! You should come and interview all of us,” Weston said. 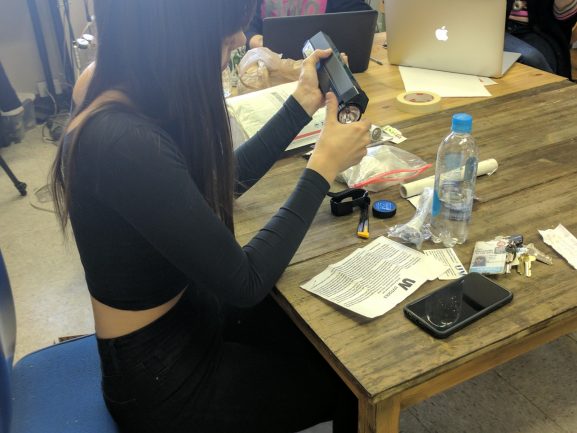 In addition to creating and marketing their jewelry, some of the members of JV Collective are also college professors. Cobb teaches at Temple and Rowan universities, while Weston teaches at her undergraduate alma mater, University of the Arts.

“I like working around people, or being with people who are also very interested in the techniques as well,” Weston said. “Having an institution to rally around, to focus my energy into, is something that’s important to me.”

As JV Collective creeps up on its one-year anniversary, each individual artist appears to be thriving as a result of joining forces. While each jeweler does her business separately, the South Philadelphia community seems to be an ideal spot to gain traction in the world of crafty artistry.

“I think as long as we’re in Philadelphia, we’ll be here,” Eife said. “We’re pretty happy here. We have everything we need. It seems small, but we all make small stuff. I think it works out really well.”

East Passyunk: Keeping the Faith In The Italian Community

Nicholas Martorano is an Augustinian priest who has been the pastor at St. Nicholas of Tolentine Church in East Passyunk for the past 33 years. Raised in the area, he has brought the long-standing traditions [Read More]

A walk down Tasker Street from the subway to Urban Jungle on Passyunk Avenue takes one past two or three neighborhood Italian restaurants but nothing beats fresh tomatoes from your own garden. Kristin Mulvenna, the [Read More]

East Passyunk: Stepping Back to a Simpler Time