Philadelphia’s LGBTQIA community now has more places than ever to go to for their health care needs.

The Human Rights Campaign (HRC) has named nine Philadelphia area hospitals and health centers Leaders in LGBT Healthcare Equality in their 2014 Healthcare Equality Index report. The number is up from only three health centers featured in the 2013 report. That increase is thanks in part to the addition of all four hospitals in the University of Pennsylvania Health System: the Hospital of the University of Pennsylvania, Pennsylvania Hospital, Penn Presbyterian Medical Center and the Chester County Hospital.

HRC’s Healthcare Equality Index names leaders based on four criteria: patient non-discrimination, equal visitation, employment non-discrimination and training in LGBT patient-centered care. Those areas are just some of the fields that Penn Medicine aimed to improve when they launched the Penn Medicine Program for LGBT Health in February of this year. The interdisciplinary program spans across schools, hospitals and facilities in the Penn Health System in order to improve awareness, research and education on health concerns specific to the LGBTQIA community.

There are still wide disparities between LGBTQIA individuals and their heterosexual counterparts when it comes to health care. Statistically, LGBTQIA people are less likely to have health insurance and more likely to delay or not seek medical care. Part of that is due to the lack of cultural competency among mainstream medical facilities, which have limited time dedicated to education on LGBTQIA issues. 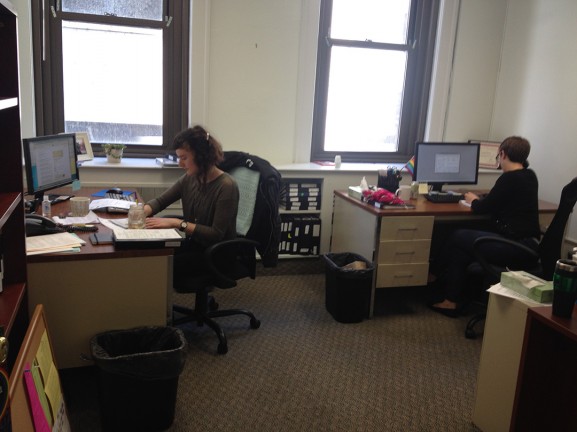 That lack of cultural competency is not an issue for the Mazzoni Center, an LGBTQIA health care and wellness center that has been featured by HRC as a health care leader since 2012.

“They’re comfortable with and knowledgeable about being welcoming and friendly to people and being non-judgmental,” said Elisabeth Flynn (pictured above), the senior communications manager at the Mazzoni Center. “I think a lot of it boils down to not making assumptions about people in regards of who they are, what they look like, how they present when they come in. Understanding that it’s important to ask a person how they like to be called, what pronouns they like to use.”

The Mazzoni Center takes a more personal approach to treating Philadelphia’s LGBTQIA community, something that larger organizations may not be able to offer. The Mazzoni Center offers a holistic approach to health care, providing patients with primary care doctors who are familiar and sensitive to the needs to the LGBTQIA community, as well as case management services, including a food bank and legal help.

“We help people navigate, sort of, the non-clinical aspects of health,” said Flynn. 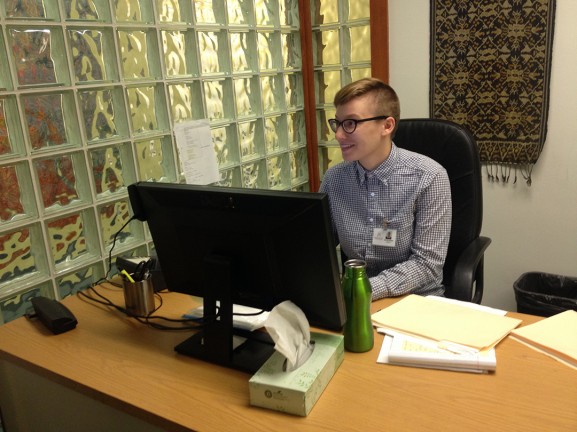 “We were able to take a step back and say, ‘What are their overall health care needs?’ [HIV/AIDS care] is a need, but there are many needs,” said Flynn, specifically citing the high rates of smoking and alcohol/substance abuse among the LGBTQIA community.

“One of the things we try to stress is that LGBT health and HIV/AIDS, they’re very different,” said Dr. Yehia.

One area that the Mazzoni Center is focusing on is the growing numbers of LGBTQIA youth.

“As more and more people come out, one of the areas we’re seeing a lot of growth in is, we have a program for trans-identified youth, adolescent and pediatric care,” said Flynn. “That’s something that would have been unheard of ten years ago.”

While some in the LGBTQIA community might prefer the Mazzoni Center’s culturally competent patient-care, Penn Medicine’s LGBT Program and emergence as an HRC leader could be a turning point in LGBT health care.

“A lot of people tell me that, just the fact that this program exists, that’s something,” said Dr. Yehia.

– Text and images by Sara Patterson and Kate Kendall.

What is a parent to do when they suspect that their young child might be transgender? When their son feels more comfortable wearing his sister’s dresses? Or their daughter asks to be referred to as [continue reading…]

One of Bella Santos’ fears was that she would never be loved. It may not be a common fear for most 17-year-old girls, but it’s one that was even echoed by Santos’ mother. “Gay men [continue reading…]