Sarah McEneaney is a painter in the Loft District who began the Reading Viaduct Project in 2003 along with John Struble, a woodworker who also lives in the neighborhood. The project merged with Friends of the Rail Park in October 2013 and they now work together to push for a continuous, three-mile, linear park and recreational area along the former Reading Railroad line north of Vine Street. 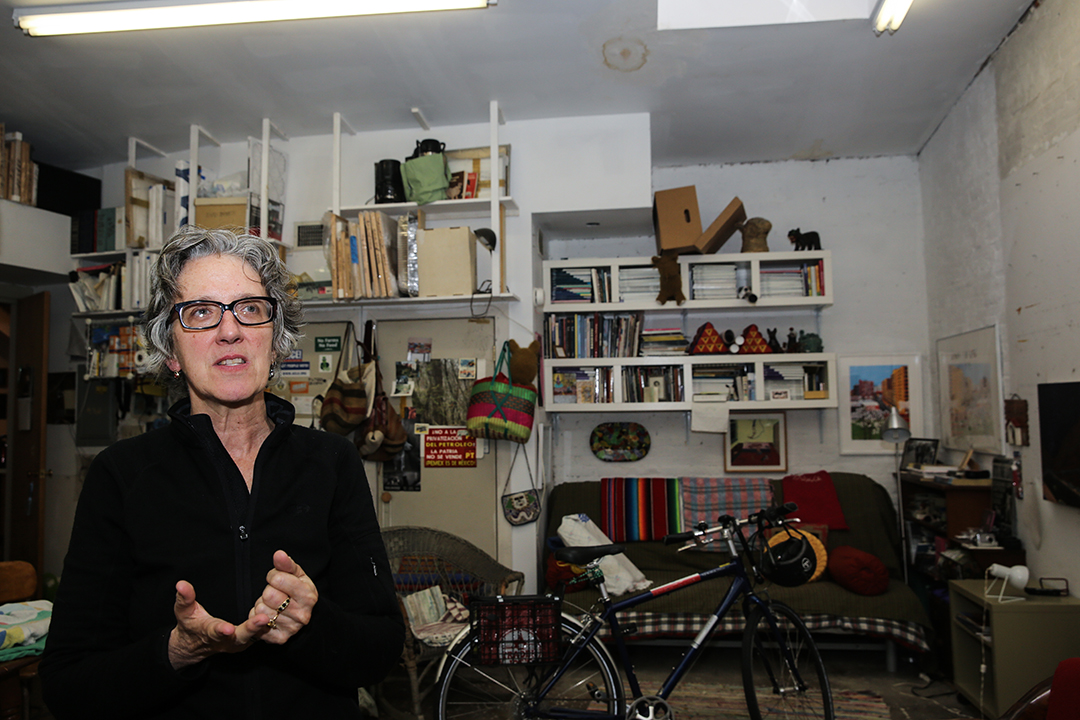 McEneaney and Struble have worked together to promote the project to people in the neighborhood and in the city as a whole.

“Our collaboration is very spontaneous depending on the needs,” said Struble, “but we’re now moving into raising funds as we get closer to having a park built.”

McEneaney has been working and living in the neighborhood for 35 years. After graduating from the Pennsylvania Academy of the Fine Arts in 1979, she bought the property, her house and studio, on Hamilton Street (right). 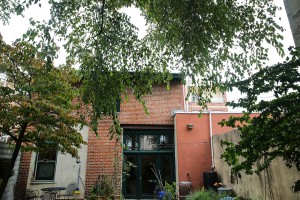 “I was looking to buy a home where I could live and work,” said McEneaney. “I liked how close it was to Center City, and I like the building’s unusual layout.”

The Philadelphia and Reading Terminal Railroad, now Reading International, Inc., built the Reading Viaduct and opened it in 1893 as a pathway to the new Reading Terminal. The train stopped running in 1984.

“Almost right after they stopped running, I walked up on the viaduct a couple of times,” said McEneaney. “John and I kept talking about it and how something should be done with it.”

“Once I start something, I want to see it through,” said McEneaney.

With the nature of her persistence, the project sparked attention from Paul Levy, the President and CEO of the Center City District. Today, the engineering and architecture plans of the Railroad Park are complete.

“We are still waiting to hear about funding,” said McEneaney. “We need $8.6 million to build Phase I.”

Phase I is a quarter-mile-long and 26,000-square-foot area that curves off to the northeast from 13th Street and runs from Callowhill to Noble Street. 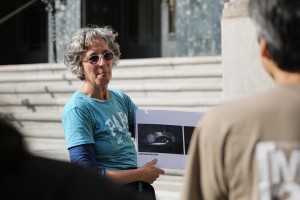 The city has committed $1.8 million from its capital budget, while the state would fund $3.5 million through its Redevelopment Assistance Capital Program to Phase I of the Railroad Park. The William Penn Foundation and Poor Richard’s Charitable Trust would also give support to the green space in the Loft District, McEneaney said.

McEneaney gives tours to visitors who are interested, thereby bringing more attention and support to the Reading Viaduct Project. In the earlier days of the project, there was opposition from residents in Chinatown because the Philadelphia Chinatown Development Corporation originally planned to tear down the viaduct to build affordable housing.

“Some of the studies show that the cost of tearing it down is much higher than the cost to make it to a park,” said McEneaney. “Eventuall,y we turned them around and got them to see the value.”

The park would be a place to draw people in from all over the city, along with visitors and tourists. 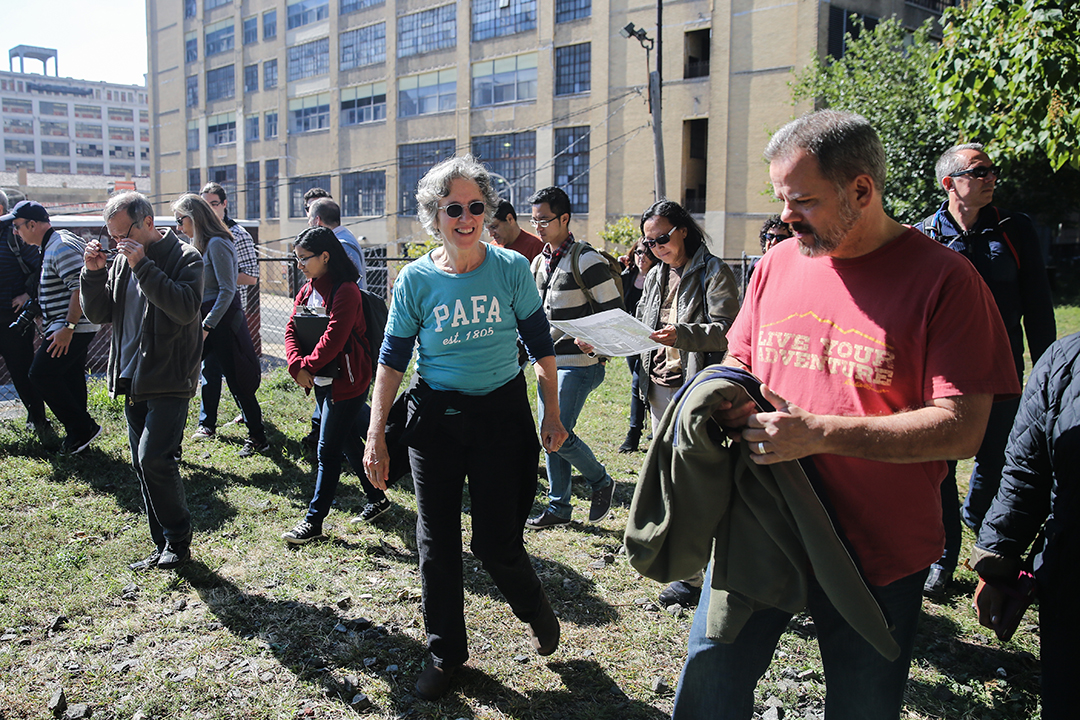 Ian Trivers, a Ph. D. student in urban and regional planning at the University of Michigan, said the park could give people a new perspective and way of visualizing the city. He specifically studies the conversion of post-Industrial rail heritage into parks.

“These parks bring a lot of excitement and green space along with questions about development- who gets parks, where they go, how money is raised- that are interesting,” said Trivers.

Back in the 1980s, the Callowhill neighborhood was industrial and commercial. From 1995 to 2000, there was a jump in new businesses like kitchen supply, food supply and sign manufacturers. The new life that is continuously being brought into the neighborhood has greatly benefitted the area.

“In the past, the neighborhood would be busy with business and trucks,” said McEneaney. “But at night it was desolately empty and scary.”

As more businesses came in and the area became more residential, more and more people arrived. What was known as Callowhill then became the Loft District. The Reading Viaduct Project brought these people together.

“People in the neighborhoods have already used it as a park even though it still needs a lot of work and care,” said McEneaney. 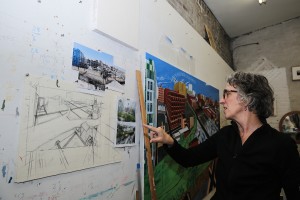 In the future, McEneaney fully expects to see the park come to life, along with commercial space that will be good for the neighborhoods like a grocery store or dry cleaners. Both she and Struble are hopeful that their determination and effort will pay off for young, old, present and future Philadelphia residents.

“We’ve always been energized by the possibility of creating something for future generations,” said Struble.

– Images, text and video by Hua Zong and Ariane Pepsin.

Painter and printmaker Robert Finch has been creating art in Germantown for over 50 years. While he and his wife Sue moved to the Main Line for a period of time, Finch said that it [continue reading…]

Walnut Hill: Community Rebuilds Park From The Ground Up

The work of Philadelphia painter Ameerah Khabir is both new and unexpected, with each piece containing messages within. Her latest solo art exhibit showcased paintings that incorporated the central theme of iconic 1997 film Love Jones. The film, by Theodore Witcher, presented [continue reading…]