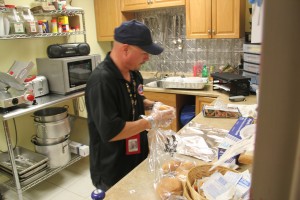 Meserve, a retired Air Force Lt. Colonel, started as a volunteer before becoming the executive director in 2013 and is now leaving earlier than planned due to personal reasons.

“When Tim [Meserve] gave us the news  he  was leaving was leaving it was sudden and surprising,” said Mustafa Rashed, the president of the board of directors. “He has done such an exceptional job we knew it was going be very hard to replace him.”

During his tenure, the VMC was rated as a top nonprofit organization in 2013. The VMC achieved this by allocating ninety-five percent of proceeds and donations directly into programs for veterans.

Merserve brought a Microsoft training program to the VMC that allows veterans to come into the facility and complete the training. An incentive of two hot meals, provided by the VMC, helps draw vets in and become aware of the programs they offer. Upon completion of the course, the vets are fully certified by Microsoft and have an additional skill that can be added to their résumé. The vets then are able to use the job placement center at the VMC to find work with their new-found skill.

In keeping with one of Meserves’ main missions of creating job opportunities for vets, the VMC recently converted their café into a store for the sale and refurbishment of PCs. The store is fully licensed and certified by Microsoft and is run and operated by vets. All proceeds from the store go right back into programs at the VMC to benefit area veterans.

Along with new programs to assist veterans, Meserve has been able to double the staff to better connect veterans with services they need. The VA now rents a floor at the VMC that offers counseling services to veterans who are less than likely to use VA Hospital in University City.

Tim Williams, the new executive director, is a retired Army Special Forces Colonel who spent 30-years in the service. Williams is a combat wounded veteran with experience working with a multitude of government agencies.

“We expect him to hit the ground running,” said Rashed. “With grants from the VA we are expanding our services into South Jersey, Delaware and Central Pennsylvania and we expect him to lead those efforts, while still serving the veterans of the Greater Philadelphia Area.”

Most recently before joining the VMC, Williams was the defense coordinating officer for FEMA, region III, based out of Philadelphia. He served in this position for three years and is currently in the process of retiring from active duty.

“Working in a job like that where you don’t have control, but you are support to another government agency and have to work with multiple government agencies to achieve a goal is very similar in what we have to do here at the VMC,” said Meserve. “We work with federal, state, city and local county officials, as well as non profits and corporations, to take on the non-easy problems.”

Williams hopes to be able to use his network of the Special Operations community and government agencies to catapult the organization forward. Williams wants to extend the services provided by the VMC beyond Philadelphia and into the tri-state area.

As winter approaches, the VMC will concentrate much of  its efforts into continuing the fight to end veterans homelessness in Philadelphia. 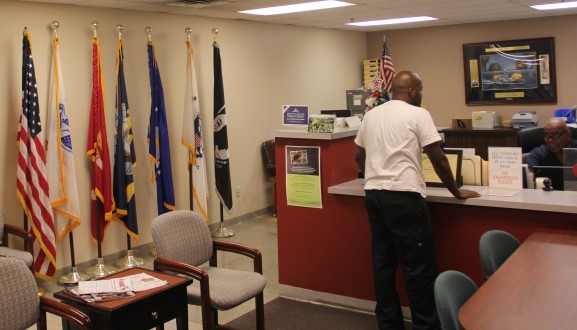 Politics: Philadelphia’s Republican Party Is Determined To Make A Change

Outnumbered eight to one in voter registration, Republicans in Philadelphia are often overlooked in discussions of city politics. Many Republicans feel that this lack of competition is not simply a problem for the Republican party. [Read More]

University City: Richard Kydd and A Legacy of Service

During his 19 years in the Philadelphia School District, Richard Kydd always wanted his students to feel open asking questions in class. Now as a science teacher for veterans at the University of Pennsylvania, he said nothing’s [Read More]

The Oct. 8, 2019 Finance Committee meeting of Philadelphia City Council was punctuated by lively debate regarding Councilman David Oh’s student debt tax credit bill. Because the bill was not advanced by committee, it will [Read More]