This is true for those of Italian descent who have a long history of immigration to this country. Between 1900 and 1915, more than three million Italian immigrants that came to this country. Today, Italian-Americans are one of the largest ethnic groups here and according to the U.S. Census Bureau, Philadelphia also has the second largest population of Italian-Americans of any city in the country.

The History of Italian Immigration Museum is located at 1834 E. Passyunk Ave., an area long a hot-spot of Italian immigrants and Italian-centered businesses.

The idea of opening a museum to display the history of Italian immigration was originally suggested by Dr. Pasquale Nestico, founder of Filitalia International. Filitalia International is a non-profit organization located in South Philadelphia which began in 1987 with a goal to promote and preserve the Italian heritage, language and customs.

When he brought the idea to the organization’s board of directors in 2013, they believed it was a great idea. Just one year later, the museum was open to the public.

“When we had the idea for the museum our goal was to help Italians located in the city and surrounding communities retain their culture and most importantly display the history behind it,” said Nicholas Santangelo, a board member at the museum. 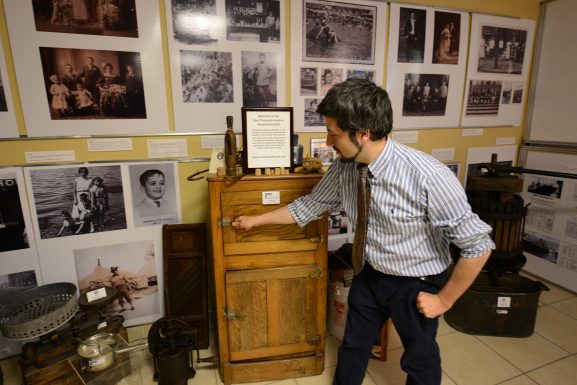 Even though the museum is not large in size, it uses every inch to display something related to the history of Italian immigration and show different parts of Italian-American history.

Also on display are items from shoemakers and carpenters, other jobs immigrants from Italy found.

Another area features pictures and items from prominent artists, musicians, educators and inventors of Italian heritage. It notes contributions to society which were often swept under the rug or not appreciated by society because of the heritage. 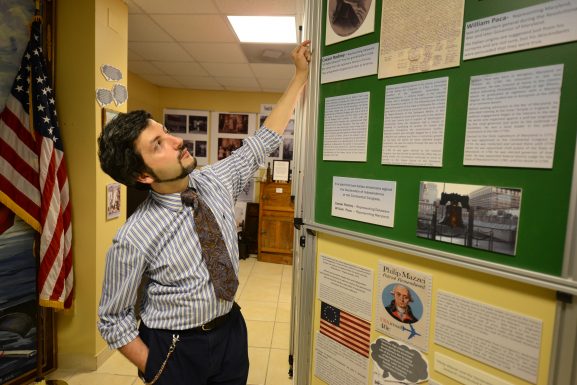 “A lot of people of Italian heritage and their contributions to society have been forgotten over the years or these people haven’t been appreciated for what they’ve done,” Santangelo said. “Without a place like this museum, future Italian-Americans may further lose more history of their people that have not yet been swept under the rug.”

The museum includes artifacts donated by families involved with Filitalia International. Many of the items came with these families when they emigrated from Italy to the U.S., from luggage to common household items to displays of popular Italian businesses. The museum also features many photos of families that were taken when they arrived here. 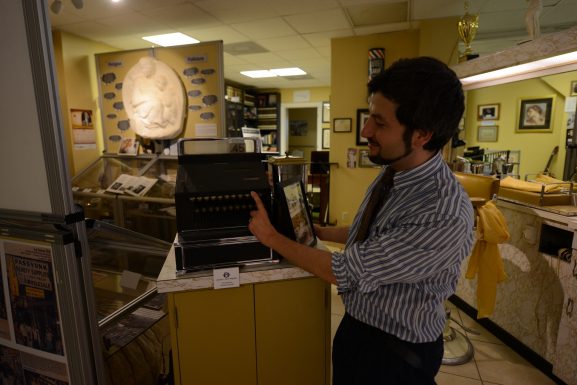 “It’s so important to have a museum like this because it helps keep the Italian heritage alive,” curator Michael Bonasera said. “Heritage can’t be destroyed or taken away from you, so with this museum we are keeping our heritage alive and passing it down to future generations.”

– Text, images and video by Minh Mai and Jacob Guzdek.

An influx of Latino and Asian immigrants have added to the city’s sizable black population and new ethnic neighborhoods have emerged in Philadelphia during the past several years. According to a 2008 report from the Brookings Institution, the [continue reading…]

This past August, Oneita and Clive Thompson (pictured above) received a phone call telling them something they never could have imagined: they were being deported. An Immigration and Customs Enforcement (ICE) officer left Clive Thompson [continue reading…]