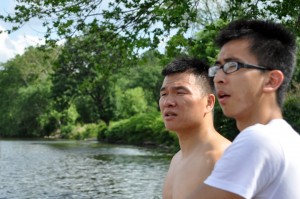 The summer weather is arriving and the school year ending, but Chinatown is not exactly the ideal vacation spot.

“There’s nothing to do in Chinatown during the summer,” said Jason Lin, 31. “There are no activities.”

Luckily for the kids, Xu Lin, 31, helps solve the predicament of no fun stuff by taking locals dragon boat racing on the Schuylkill River.

Dragon boat racing dates back to around 550 AD when it was used as an exhibition sport. As time progressed, dragon boat racing was seen more as a corrupt custom that interrupted water transport, which led to gambling and fighting. Though it was often repressed, racing remained to be widely practiced in the 19th century.

Now in the 21st century, dragon boat racing is a competitive sport that is practiced world-wide. In Philadelphia’s Chinatown, racing began about six years ago. Xu Lin took over  three years ago.

“When the older generation on our team was retiring, they saw my leadership and asked me if I wanted to become the captain on the team,” Lin recalled. “If I didn’t become captain, then the team would no longer exist.”

With that in mind, Lin transformed the dragon boat team into a vehicle to not only build the Chinatown community, but to have the younger and older generation coexist.

“I wanted the team to be more diverse,” Lin said.

Also, the team was only comprised of men, most of whom were Chinese immigrants. 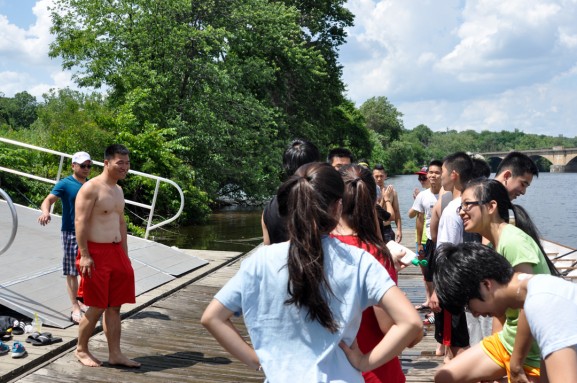 Now, the team has women and men, and includes people from an array of Asian countries – China, Vietnam, Indonesia and Taiwan, among others.

“There are a few white folks too,” said Lin. “My next goal is to bring more people to the team.”

To Lin, dragon boat racing is more than just a sport. It is a way to bring the community together, something he has been doing since he began working at Asian Americans United, an advocacy group for the Asian American community.

“Xu is a great leader,” said Jason Lin, who paddles on the team. “For him to step up and bring all the kids together and have fun and build the community is great.” 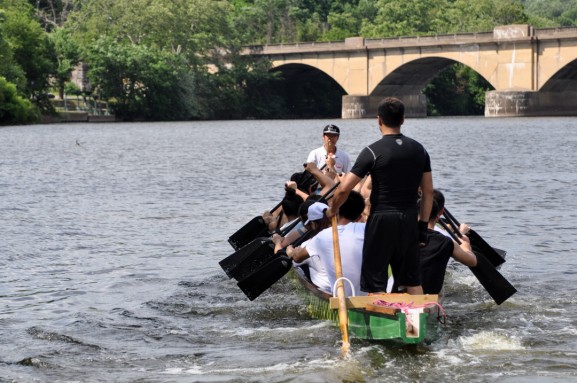 Because racing is a seasonal sport – from April to November, Lin would like to find other ways to engage the community members in positive ways.

“Xu brought me here,” said Kaian Zhang, 16. “He’s like our brother. He teaches us a lot of things. If we have any hardships or problems, he’ll help us through it. If we did something well, he’ll congratulate and encourage us.”

One of the women paddlers, Rongqing Chen, 17, said, “He’s the one who trained all of us. He will show us how he paddles and then we can learn from him. If we’re in the wrong position, he’ll correct us.”

Rongqing said, “I like the experience. I learned from dragon boat racing is to stay together. Our end point is where we want to go.” 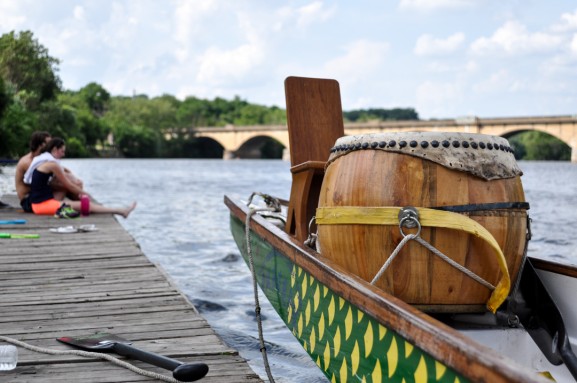 – Text, images and video by Abby Chang and Yuxuan Jia.

Groups of cheerful students skipped towards the colorful Southwark House at the corner of Ellsworth Street in Pennsport after school. Southwark is one of two facilities under United Communities Southeast Philadelphia. Established in 1969, the association has [Read More]

JD Korejko, better known as Johnny Destructo, recently opened up his Hero Complex shop in Manayunk to sell his collection of comics, action figures, T-shirts and personal illustrative art. He has been an avid comic book fan [Read More]