One similarity between Bainbridge Island, WA and Philadelphia is an experimental gift economy. Hyperlocal groups are based on the concept of helping neighbors by giving items one person no longer finds useful to others who do. These groups are forming in communities all over the country. No bartering, trading or illegal activity are allowed.

Philadelphia started with one Buy Nothing group and has grown to around 15 in total. The groups form neighborhood by neighborhood and administrators of each group check to ensure every member lives within the boundaries of their specific group. Once a new member has been added, they have access to a page filled with things people are giving away, wishes and gratitude.

“There are only three kinds of posts allowed in the group,” said Brittany Hess, an administrator of the Graduate Hospital/Point Breeze/Newbold Buy Nothing Group.

People post requests for things others may have around their house to give, pictures and descriptions of items they are looking to give away themselves or gratitude for a person they gifted something too or got something from. The idea is an economy where neighbors help neighbors as opposed to similar concepts such as trading used items.

“There are other neighborhood groups we can direct people to if their post needed to be removed from Buy Nothing,” said Veronica Dawn Byrd, the administrator and creator of the group.

Buy Nothing groups exist all over the world, the reality of an idea started by Rebecca Rockefeller and Liesl Clark in 2013. The concept is simple: neighbors help neighbors by giving their unwanted items, time, leftover meals and anything else to someone who needs it. People post everything imaginable, from unused bottles of baby formula to huge pieces of furniture and offers of time or talent. 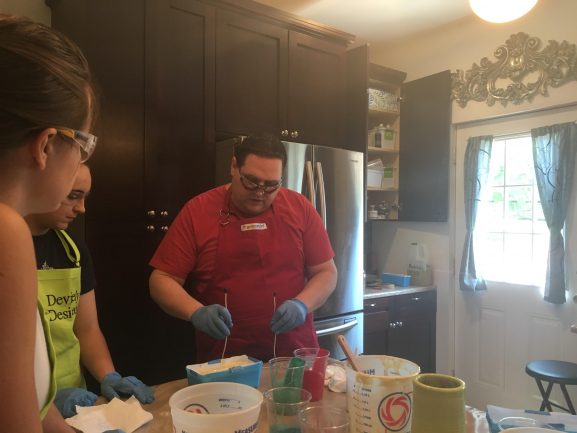 Kevin Devine, an active member of the group, offers his time to the Buy Nothing community by teaching soap making classes.

“I enjoy teaching, and since I’m a nurse I can’t really offer my professional skills on Buy Nothing,” Devine said. “I figured I could share my skills with this instead.” 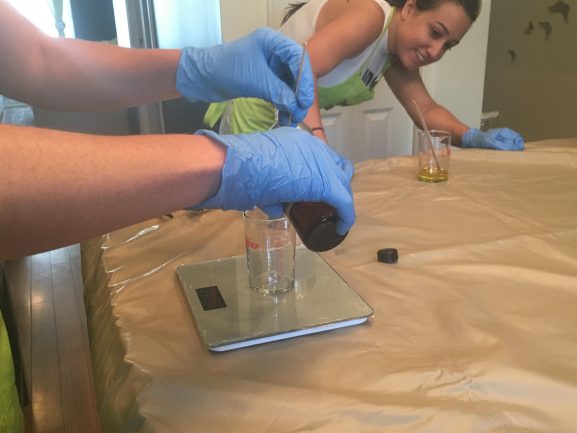 According to both Hess and Byrd, the group fosters a sense of community and allows for neighbors to meet and talk to one another.

“Every time I go to the playground I run into four other moms from the group,” said Hess.

Byrd has also widened her social circle and made many friends through the group. 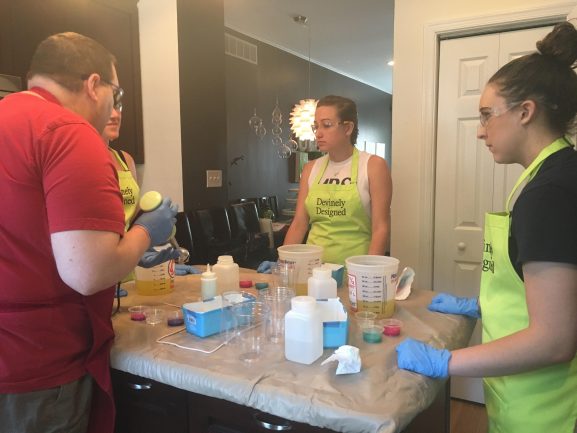 The Graduate Hospital/Point Breeze/Newbold group is one of the most active Buy Nothing groups in the city.

“I have a friend who lives in a different neighborhood and is part of their buy nothing group,” Drew Silverman, a member of the group, said. “Sometimes there are days without a post. Here there are about 60 posts a day some days.”

Whether people join for the free things or the opportunity to make friends and get to know their neighbors, the Buy Nothing group in South Philadelphia serves to allow neighbors the sense of community and connectedness that was once common in city neighborhoods and now is again.

Follow city and state election coverage at this recognized site and partner of philadelphianeighborhoods.com Visit https://www.pa2012.com/

[vimeo 69121881] Founded in 1905, Helping Hand Rescue Mission is a place where those in the community can come together as one. Originally created to help the homeless, it has also become a way for children [Read More]

Wynnefield: How One Woman Works To End Gun Violence

Movita Johnson-Harrell provides knowledge on how she takes the time to help individuals in her community while trying to make a difference. [Read More]