Act 155 of the Crime Victims Act of 1992 states that victims of crimes Pennsylvania have a variety of immediate rights, nine in particular. Among those are to “receive basic information concerning the services available to victims of crime,” to “be notified of actions and proceedings pertaining to their case,” and to “be accompanied at all public criminal proceedings by a family member, a victim advocate, or another person.”

Dajah Park (pictured below, far right) has worked as an advocate with the Victim/Witness Services since 2012. After earning her bachelor’s degree in international and global studies at Arcadia University in 2011, Park’s concern for worldwide issues sparked her willingness to help those in need on a more local level.

“We take great pride in helping out the victims of all types of different crimes in South Philadelphia,” Park said. “Our staff works hard to ensure every precaution is carried out. That includes providing support services, helping out in the process of filing police reports, providing court and trial accompaniment, and we generally enjoy offering support counseling.” 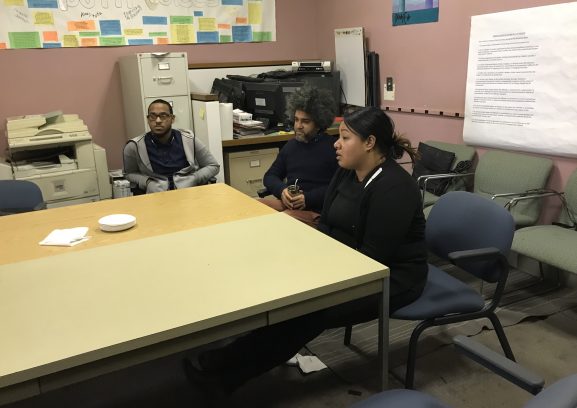 The Victim/Witness Service provides many free services, like interventions involving intimidation and harassment related criminal cases. The service also accompanies victims and witnesses to trials at the Criminal Justice Center, as the courts operate every Tuesday and Thursday.

Fernando Sterling has been a victim and court advocate for the Victim/Witness Service for the past two years. Sterling spends every Tuesday and Thursday afternoon around the Criminal Justice Center staffing preliminary hearings, which happens before the trial as the courts make sure there is enough evidence for there to be a trial. Sterling spends those afternoons in other ways as well, all just parts of his job description.

“I’m always helping victims in various stages of their testifying process,” Sterling said. “I also connect the victims and witnesses with the Philadelphia District Attorney’s Office, if there happens to be stay away orders.”

Along with those services, the Victim/Witness Service features advocates who speak Spanish, Vietnamese and Cantonese, in efforts to comply with victims who do not speak English as a primary language.

Yoan Calvo Machado (pictured below) is a bilingual victim advocate and works specifically with their Immigrant Victim Access Collaborative. Machado has recently worked alongside another advocacy organization, Concilio El Concilio of Philadelphia, in efforts to help aid undocumented immigrant victims throughout South Philadelphia. 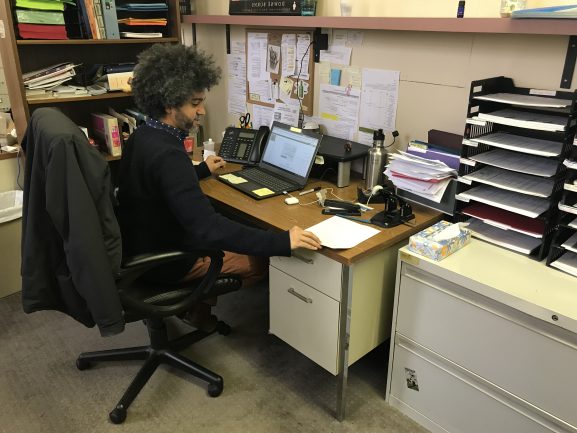 “My job is to help get the victims in touch with the various agencies that fits into their type of victimization from their given case,” Machado said. “I help to make sure immigrant victims receive a valid and proper visa and I constantly work through their process of going through the criminal justice system in this country.”

In 2006, the Victim/Witness Service of South Philadelphia had only three victim advocates. Currently, the organization has more than doubled that number with seven advocates.

In addition, two of its advocates have specialized clienteles, with Machado’s focus on immigrant victims and Tram Nguyen, who specializes on the Asian victim and witness community in South Philadelphia.

In addition to specialized advocates like Nguyen and Machado, each police district has an officer with the responsibility of contacting crime victims who may be eligible for crime victim’s compensation through the Pennsylvania Victims Compensation Assistance Program.

These officers hold the title of Victim Assistance Officers, as they work together with the Victim/Witness Service of South Philadelphia to ensure the safety of all victims and witnesses within the aforementioned police districts.

During a sunny afternoon at the White House on June 30, President Barack Obama stood at the podium in the Rose Garden and gave a descriptive argument in front of the media about his immigration bill, blaming the [Read More]

[vimeo 67750894] As the community of Graduate Hospital continues to grow, local businesses have been forced to search for alternative ways to stay connected to the public. Igloo Desserts, a newly opened frozen yogurt shop, may [Read More]

What started as a two-person weekly exercise routine at a local park blossomed into an almost 200-person expression of cross-cultural understanding in the Mayfair section of Philadelphia. “Exercise in the Park,” as locals refer to [Read More]