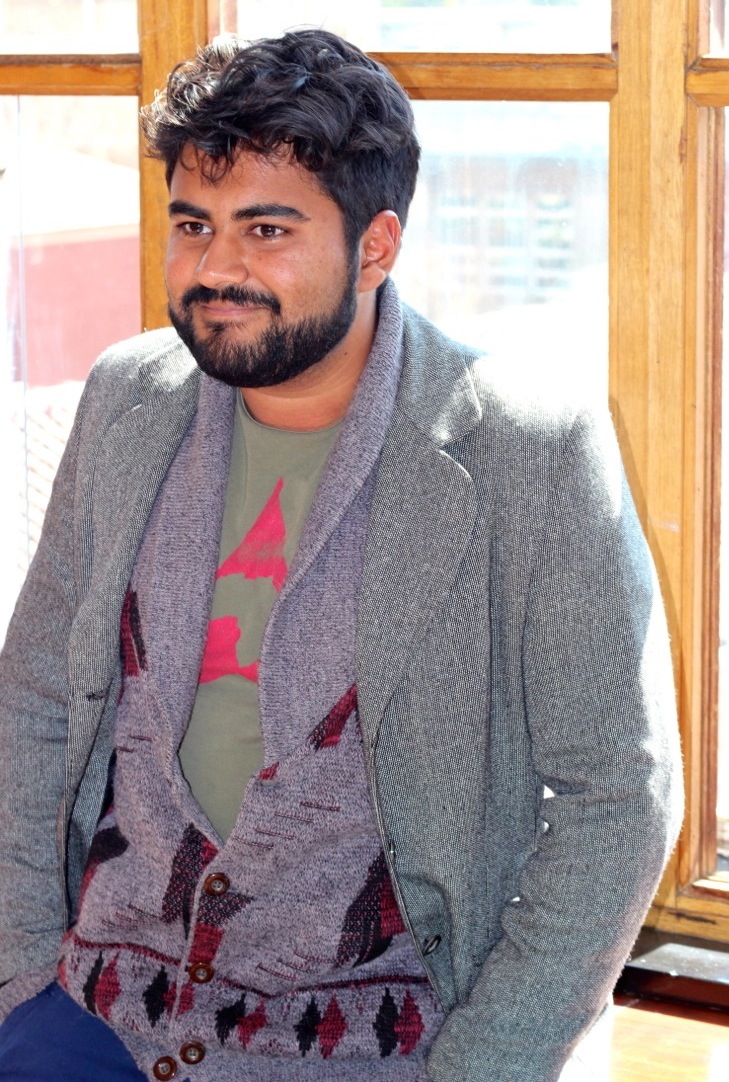 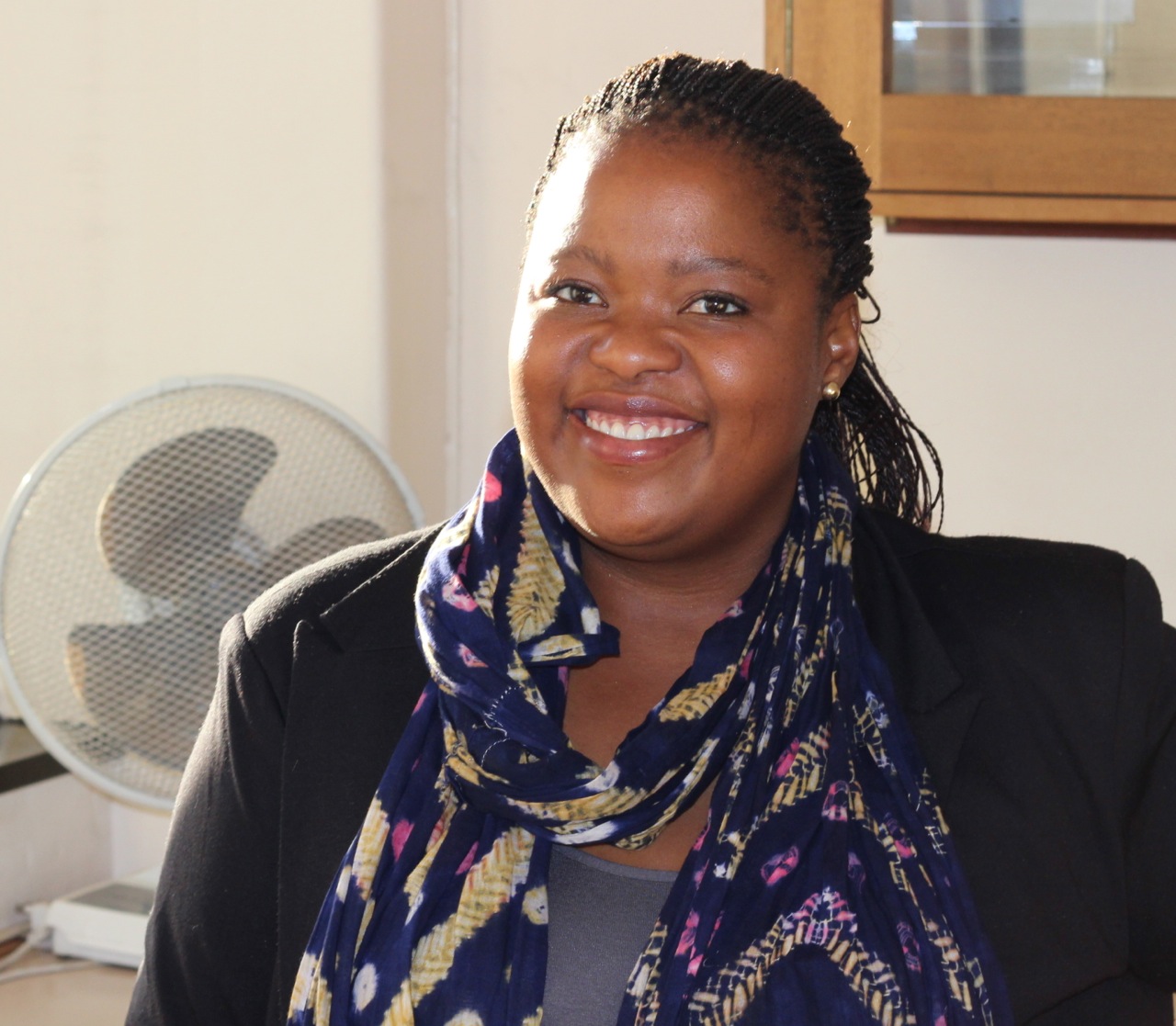 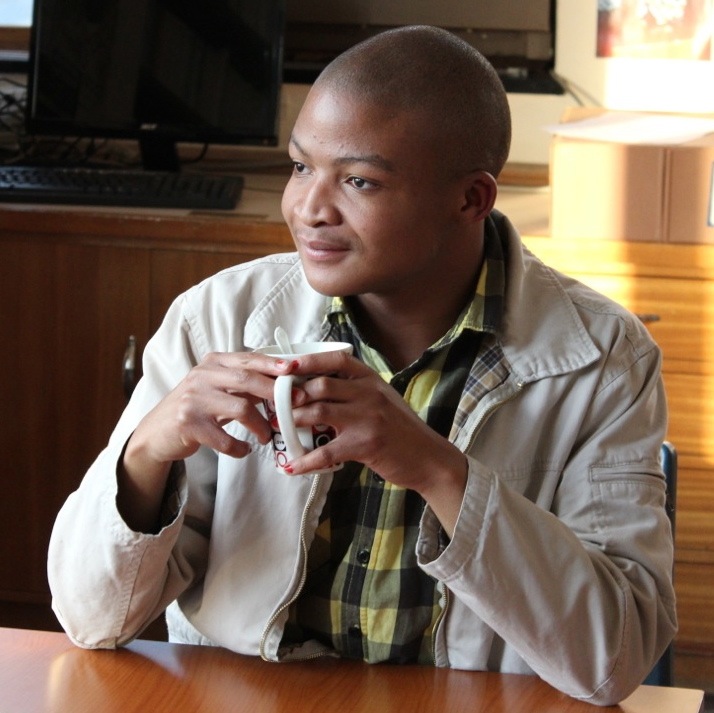 <
►
>
Openly gay Asanda Madosi smokes a cigarette in between classes at the University of Witwatersrand. Photo by Isaac Riddle

Asanda Madosi was 21 years old when he told his mother he was gay.  “My mother saw pictures of me in makeup and called me to tell me that we needed to talk,” said Madosi.  “My mom was very distraught when I came out, she feared for my safety.”

Three years have passed since that conversation with his mother. Today Madosi no longer hides his sexuality from family and friends.

Personal style is one of the ways that Madosi chooses to express his sexuality.  Madosi frequently chooses an androgynous clothing style that reflects not only his sexuality but his Xhosa heritage as well.

In a country of 11 official languages and just as many distinct cultural identities, identity is important to South Africans.  For many South Africans, a black, white or LGBT ,identity only reflects a part of who they are.

For Madosi, he is not only proud of his sexual identity but of his Xhosa heritage as well.  The Xhosa people reside mostly along the southern coast of South Africa.  Madosi was raised just outside of Cape Town before he relocated to Johannesburg to attend the University of Witwatersrand.

Madosi is part of a generation of LGBT South African’s that enjoy some of the greatest freedoms allotted to the LGBTI community anywhere in the world.  South Africa was the fifth country in the world to legalize same sex marriage when its National Assembly overwhelmingly passed The Civil Union Act in 2006.

“We have to make people understand that we can be who we are but still be true to our culture,” said Madosi.

In Xhosa culture, young men partake of a ritual called “Initiation” or as Madosi calls “going to the bush.”  In the initiation young men leave their villages to participate in a ritual that signifies their entrance into manhood.  Part of this ritual is a circumcision that marks the beginning of manhood.  Madosi views his Xhosa initiation as a key part of his identity just as his ‘coming out’ to himself marked his acceptance of his sexuality.

A reality for many LGBT South Africans, unlike in America, is that legal rights have preceded cultural acceptance.  According to the Pew report, 60 percent of Americans feel that homosexuality should be accepted.

“Our fight is to show that we are still the same person,” said Madosi.

Over time Madosi’s family has been able to accept him as an openly gay man.

“They realized that I am still the same person,” said Madosi.  “My family accepts me but they still don’t understand.”

Khan feels just as passionate in combating Islamophobia as he does fighting against homophobia.  As a queer man and a Muslim, Khan feels like he must negotiate both identities.

Khan feels that he is constantly defending his sexuality to other Muslims.

Khan’s family initial response to his coming out was in a similar manner as Madosi’s.  Like Madosi’s family, the Khans became accustomed to their sons sexuality.

“My family came to make peace, to come to terms,” said Khan.  “After I came out they became aware of other queer people around them.”

Lerato Mogoatlhe didn’t come out to her family until she was in her early 30’s.  Mogoatlhe has lived her entire life in large urban areas in and around Johannesburg and Pretoria.  Growing up in diverse urban areas has lead to Mogoatlhe to identify as an urban black female without any strong cultural connections.

Mogoatlhe is representative of an increasing group of young South Africans that have been raised outside of traditional tribal locations and identify more with their urban upbringing.   Mogoatlhe is equally passionate about her lesbian identity as she is her urban identity.

It is her family’s urban identity that Mogoatlhe attributes to their acceptance of her sexuality.

“Urban spaces feel safest,” said Mogoatlhe.  “As an urbanite it is easier to be lesbian, but it can still lead to complications.”

Part of the danger for women of being open about their sexuality is that it puts them at risk of being raped.  ‘Corrective rape’ is a constant threat to women that date other women.  Rape in South Africa is very under reported, especially in cases of ‘corrective rape’ in which woman are raped by men in an attempt to ‘correct’ their sexuality.

According to report by Solidarity Helping Hand Woman in Action, a woman is raped in South Africa every 17 seconds, with many of those rapes identified as ‘corrective rape.’  In many of the rural areas or communities just outside of the urban core, lesbian women are at risk of being raped because of their sexuality.

“I don’t tell men in my township that I am a lesbian,” said Mogoatlhe.

“There are more conversations about identity in urban South Africa,” said Mogoatlhe.  “In an urban area I feel I am among people with evolved sense of identity.”

Language is an important cultural identifier for Septokele who speaks Sotho and identifies as a Sotho speaking Tswana, one of the largest ethnic groups in South Africa.

“Being a Sotho speaking Tswana says a lot about my status,” said Septokele.  “Language locates you, it speaks to your black identity,”

“Black identity is easier to navigate than my queer identity,” said Septokele.

That is the challenge for young LGBT South Africans, to work towards cultural acceptance.  Young gay South Africans have lived most of their lives with the knowledge that legally they are equal but culturally divisions remain.

“As a black South African we have made progress with race,” said Septokele.  “But socially the queer identity still gets contested.”

Racial divisions are still present in South Africa and that fact is visible within the gay community as well.

Those racial divisions within South Africa’s gay community became apparent at the 2012 Johannesburg Pride parade when a group of mostly black protestors clashed with mostly white marchers in the parade.

The One in Nine protestors called for a moment of silence but instead were met with resistance and verbal and even physical assaults from a group of mostly white parade goers.   The public outcry following the clash with protestors led to a cancellation of the Johannesburg Pride Parade for the 2013 festivities.

Young South Africans only know a South Africa that is free of legal discrimination based on race, gender and sexual orientation.  The are the first generation born into this new, post-apartheid South Africa.  Although LGBT South Africans have achieved full legal equality, their fight for social equality remains.

“Equality is extremely important for us,” said Madosi.  “There is a lot of pressure, we are the first generation.”

Philadelphia has a thriving drag community, with drag shows all over the city and an ever-growing population of performers. On any given night, a drag show is likely going on somewhere in town. Throughout history, […]

Chris Bartlett has been involved in the LGBTQIA community for more than 20 years. His career began with SafeGuards Gay Men’s Health Project in the early 90s. Bartlett was inspired by the work he saw […]