Spruce Hill and Walnut Hill are home to a variety of interesting sites and a community with a wealth of diversity. It is great for both locals exploring the neighborhood on their days off and visitors looking for somewhere to spend those coveted hours between Friday and Monday. Here are five significant landmarks in the area that stand as vital staples to the community.

1. The A-Space (pictured above)

The A-Space is owned by the Life Center Association, a neighborhood land trust, but is open to anyone for all types of activities and meetings.

“We’re a space where people can come together and have events,” said Lindsay Liprando, a frequent volunteer.

Books Through Bars, the non-profit of which Liprando is treasurer, is one of the main users of the building. Its book donations for prisoners fill the basement and extra books and magazines, some on sale and some free to take, sit on a table in front of the building.

“The great thing about [the A-Space] is it’s a nice big space and it’s requested donation,” said Liprando. “Folks can have events here. They can donate what they can. It’s an affordable way for people to have a meeting, have an event in a very convenient location without having an immense cost.”

As its name suggests, Locust Moon‘s main fare is comics, including self-published graphic novels, as well as books and toys.

The shop also sells art and prints by local artists and running comic drawing workshops. Chris Stevens, one of the store’s owners, said the shop supports a lot of local creators.

The store’s main room is packed wall-to-wall with graphic novels while a second room resembles a gallery more than a comic book shop – its walls are lined with original artwork depicting comic book favorites like Marvel’s Thor. This second room is the site of the shop’s regular events: movie nights, concerts, bimonthly Thursday night Drink-and-Draws and book signings.

“I think we’re a center for community and culture,” said Stevens. “Hopefully we’re sort of a hub for creative people.

The Curio Theatre Company is a centerpiece of the West Philadelphia community.

They hold an open mic every other Friday, but the schedule is dependent upon various major theatre productions that hold top priority. Open mics usually include a theme. The most recent, held Friday, February 7, had a “storytelling” theme, but the structure was loose. One person recited poetry, a couple others played the guitar, and one even read her middle school diary.

“This is an established theatre and they’re nice enough to let us use it just to have people from the community share their performing arts talent,” said Bianca Fiscella, a Curio Theatre Company member.

Professional theatre ensembles are presented about once every two months. 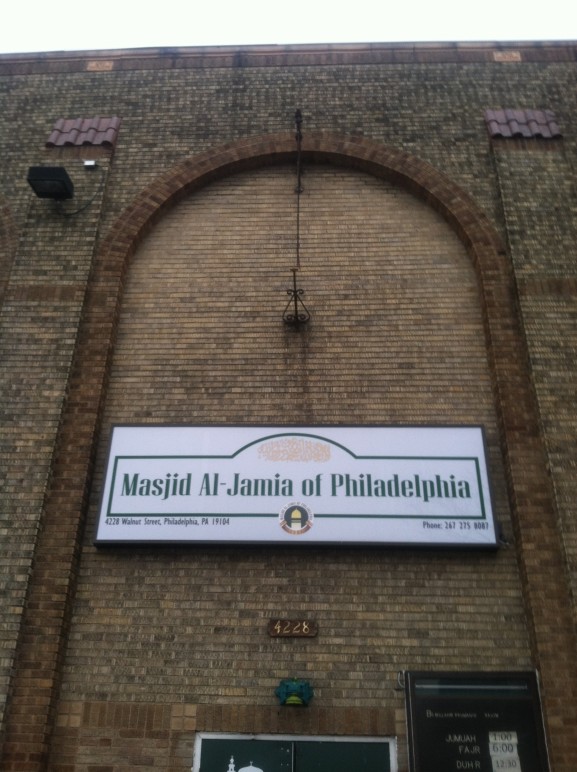 Once a theatre, Masjid al-Jamia of Philadelphia is now a mosque, serving a heavy Muslim population in the West Philadelphia area.

The mosque was established in 1990 after the University of Pennsylvania articulated the demand for a place of worship where Muslims could gather. University City struck a deal with the theatre company and the mosque continues to thrive today.

The influence the mosque has had in the community is evident. Arabic barber shops, convenience stores and cafes surround the area, representing the Islamic community that formed once the mosque was built.

They regularly hold the five daily prayers relevant to Islam and hold children’s classes on weekends.

“We’re working for the whole community,” said Vice Chairman Muhammad Shukur. “We work to keep the peace and prosperity… and for nonviolence.” 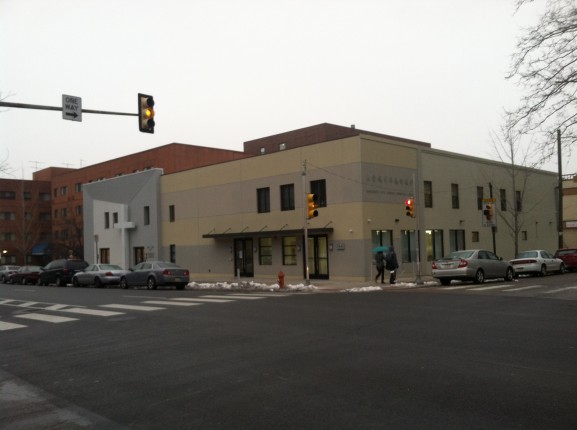 The church was established in 2004 with more than 30 members and, since moving to its new location in Walnut Hill last August, has grown to about 200-250 members.

Along with regular Sunday services that are done in Chinese, UCCCC offers ESL classes to native Chinese speakers and strives to “bring more peace, unity and safety,” to the area, according to Minister Helen Liang.

Liang, whose husband is the pastor, was with the church from its beginning in 2004 and has watched it grow ever since. It also provides a haven for the Chinese community of students at Drexel University and the University of Pennsylvania.

“A lot of the students that go to Penn or Drexel come to our church,” said Liang.

Text and images by Nicole Gattone and Mark McHugh.

As tensions run high regarding the impending 2016 presidential election, members of the Brewerytown are turning to social media to stay involved. State Rep. Donna Bullock, whose office is located in Brewerytown, is also using social [Read More]

Among the bright blue walls and posters full of literary puns, Kathleen Volk Miller (below) sits in a sea of papers and books. It’s a scene some might find overwhelming, but she wouldn’t have it any [Read More]