Somerton is not your typical Philadelphia neighborhood. With Bucks County and Montgomery County at its borders, it is a part of the Northeast that feels more like the suburbs. There are a wide array of cultures, offering a plethora of places to dine at that will satisfy anyone’s taste buds.

So, where does this neighborhood of more than 37,000 get its food? Read below for the five must-try food spots in Somerton. 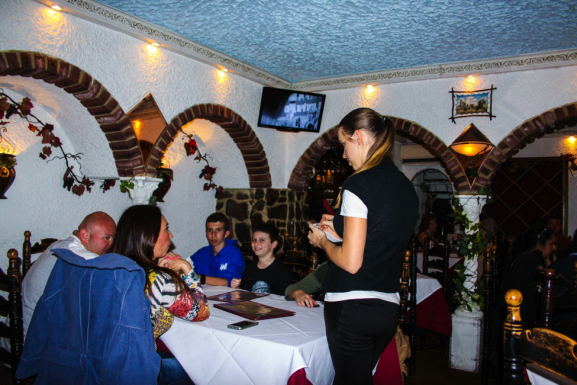 Looking to diversify your palate? Arthur Rubinov’s restaurant, Chaikhana Uzbekistan blends together ethnic foods from Uzbekistan, Georgia, Ukraine and several Middle Eastern cuisines to create a plate that is one of a kind. The restaurant is located at 12012 Bustleton Ave.

Rubinov was not always in the restaurant business. First a plumber, he decided one day to open a restaurant.

“I spent two years in the kitchen,” he said. “I learned. I slept with my workers in the basement ––so, I learned a lot.”

Along with the restaurant, Rubinov also has catered parties for seven years. He plans to open a hall to host parties by next year. 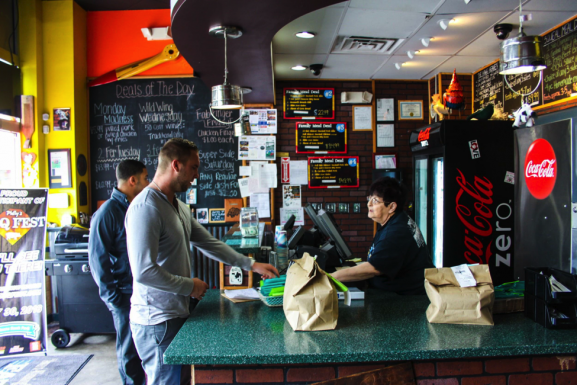 Fat Jacks BBQ is a local chain restaurant that has been serving one-of-a-kind barbecue delicacies to the community since 1993. The Somerton location can be found at 10090 Roosevelt Blvd.

“You can go down the street and get a pulled pork sandwich or a brisket sandwich, but you can’t get a Texas Twister,” said Glenn Gross, CEO of Fat Jacks BBQ. “You can’t get a Memphis Mafia. You can’t get a Notorious P.I.G. You can’t get an Alabama Slammin’ Chicken Sandwich. So, do our unique sandwiches give us an edge? Yes. Is it a pain in the ass sometimes? Yes.” 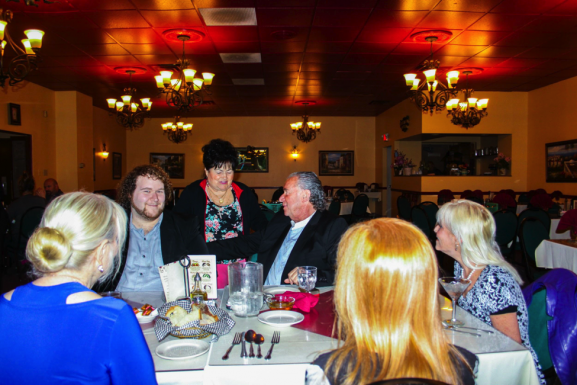 “I started with nothing,” said Magro (above, center). “I got the opportunity of a lifetime.”

Magro tells her cooks “if you don’t eat it, they don’t eat it. Make something you would want to eat.” She is especially known for her homemade tiramisu, bread pudding and the infamous chicken Francaise.

“You learn it yourself, you don’t need nobody,” said Magro. “You never give up.” 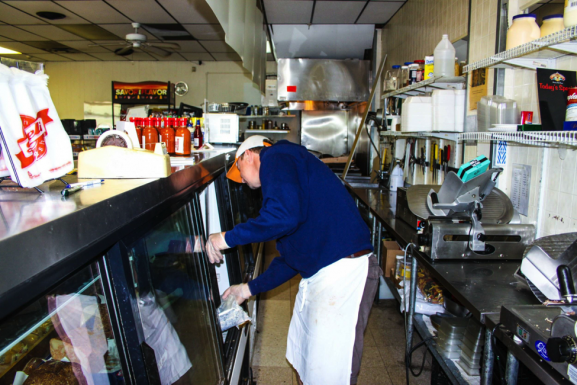 At the corner of 15000 Endicott St., Neli’s Deli is a neighborhood favorite and provides services beyond the typical cold cuts. Michael Heise (above) and partner Neil Divver opened the deli 10 years ago where they do everything from quick breakfast and lunch sandwiches to business catering.

The deli is most famously known for its chicken salad, selling more than 200 pounds a week. They also have some specialty items like the French toast breakfast sandwich, which is a local favorite.

“Everyone seems to be happy that comes in here from the neighborhoods,” said Heise. “Some people you know what they want as soon as they walk in the door.” 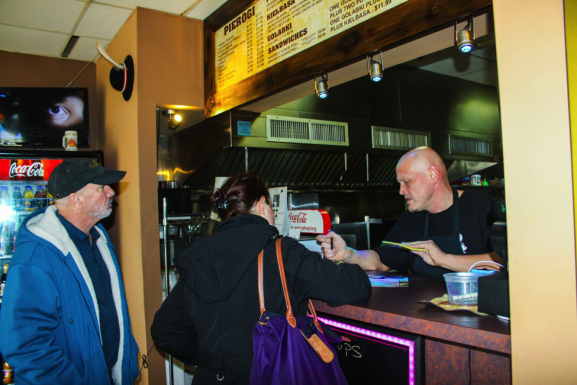 The Pierogi Factory, situated at 9965 Bustleton Ave., is anything but your typical to-go restaurant. Since 2014, the family-run business has been treating the community with a multitude of Polish dishes ––both traditional and modern.

Two bestsellers on the menu are the Philadelphia Cheesesteak Pierogi and the Nutella Pierogi. Each week, the Pierogi Factory features a new pierogi and its success determines if it makes it onto the menu.

“Our original menu had six pierogis and now we are up to 13,” said Kasia Augustyn, a cashier at the Pierogi Factory and member of the business’ family. “We love being personal and doing something outside the box. Everything that we do is personalized.”

-Text and images by Michelle Bresnahan and Taylor Carson.

Northeast Philadelphia is a unique part of the city that lends itself to a suburban feel. Somerton, Bustleton and Fox Chase businesses promise great food for people throughout the area. From Somerton’s Polish roots to Fox […]