The Logan Square Neighborhood Association is an all-volunteer community organization comprised of residents and organizations in the Logan Square area who hope to keep the area a beautiful and safe place to live and visit. In order for the organization to run smoothly, it needs strong leaders who can recognize the needs of the community. Drew Murray has been working closely with the city to make sure those needs are met.

What is your role with the Logan Square Neighborhood Association?

I am the president of the Logan Square Neighborhood Association. I have been the president for the past year so it would be the first year of what is theoretically a 3-year term.

How and when did you get involved? 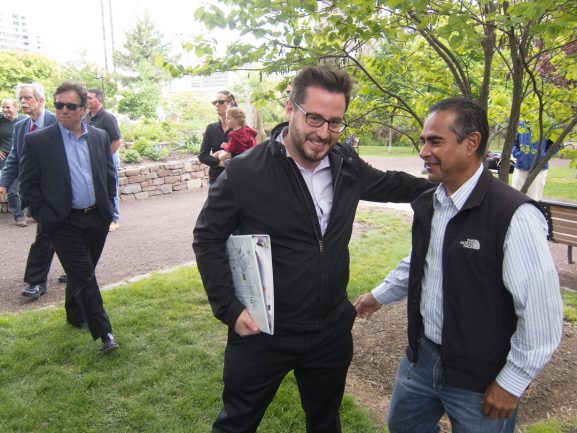 What is the primary role of your organization within the community?

We actually wear a lot hats. So, I guess if there is a primary goal, it is to represent the interests of the members of our community. That’s done in a whole lot of ways.

Most people look at the Logan Square Neighborhood Association as a zoning board. So, in other words, when projects are done in our community, developers come to the LSNA board if they need variances for a specific project and the LSNA is a registered community organization. When variances are needed by developers within our borders, then the developers have to come to us and present and we vote whether or not to offer or not a letter of opposition. 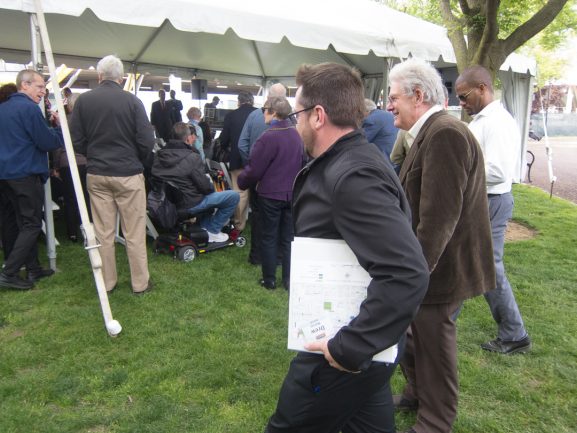 What are some of the attractions that make Logan Square unique?

We have the Parkway. Literally, it is the heart of our community. We have a ton of green space that probably no other association has in Philadelphia because literally, Fairmount Park kind of runs right down the middle of us. We have institutions like The Franklin Institute, The Academy of the Sciences, The Barnes, The Art Museum we can literally walk to.

And someone like me, who has a 7 and 8-year old daughters, it’s almost like living and having a classroom outside of the classroom. I get the daddy duty when they’re off from school, when we go to the Franklin Institute and the Academy of Sciences. I think the fact we have all these great institutions on the Parkway is a cool benefit that is unique to Logan Square.

What other organizations have you been involved in?

I’m also the president of the Friends of Coxe Park. Coxe Park is a small pocket park located on Cherry Street between 21st and 22nd and like many parks under the Philadelphia Parks and Recreation system, there is a Friends group program to take care of that park. I have been a part of that association for about five years now. 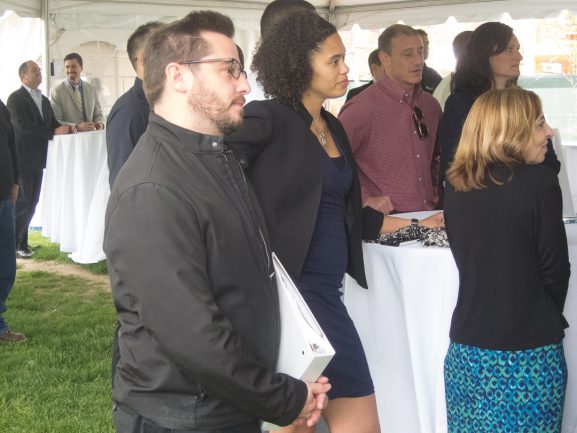 What are some of the current projects going on in Logan Square?

There are a number of projects currently going on within our borders. Obviously, one is the replacement of the Vine Street bridges, which will be a project that lasts through the fall of 2019. Aproject like that doesn’t require variances. It’s a project that has to be done. So, there’s no requirement of PennDOT to come to us asking for any permission of any kind but they do come to us probably on a yearly basis to give us updates on the scheduling, on where they are at, and how it’s going to be impacted in our community.

That’s definitely the largest one. Other ones that have come to us include the Comcast Center. The (former) Please Touch Museum site located on 21st and Race is going to be demolished and turned into eight townhomes. The Hanover North Broad Project. 1823 Spring Garden Street has been a huge project, which will I believe be condos and retail on the ground space that will start within a month or two. The Mormon temple is almost complete, and will be complete, I believe, this fall. And directly next to the temple will be the Mormon meeting house and a condo building that will be built by the Mormons, which is just coming out of the ground now.

Projects that LSNA is working on? I mentioned Coxe Park. Coxe Park is now in need of a renovation. It is about 40 years old. We’re working on a project that’s going to cost approximately $900,000 to renovate Coxe Park. We’ve already had a design competition, which was handled by Coxe Park, not LSNA.

A second project we are working on as part of the Vine Street bridge replacement – separate but done at the same time, will be what’s called the Winter Street Greenway. We hope that will be a dog park and children’s park directly across from the schoolboard building on Winter Street.

-Text and images by Alexandra Menzione and Paul Klein.

The Union League of Philadelphia has always had ties to the military, beginning with its inception in 1862 to support Abraham Lincoln and the Union. The elite, members-only club is continuing this tradition through its [Read More]

Shannon Lindsay lives in Island Green Estates, a subdivision off Red Lion Road in Bustleton that borders the now closed Island Green Country Club. When she and her husband purchased their home, they expected a [Read More]

Immigrants trying to establish a new life in Philadelphia face many barriers. Financial hardships and finding a place to live can be especially arduous if they lack what most locals take for granted – like [Read More]