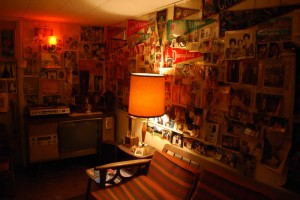 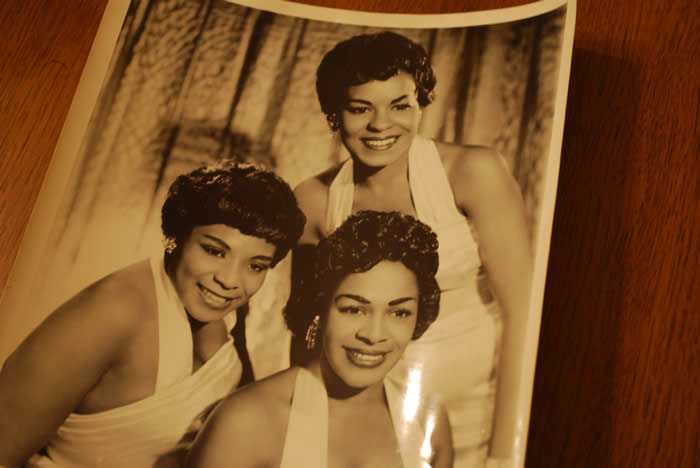 Her gold-toned pants with matching top, large jeweled earrings that sparkle brilliantly as they catch the light and her gold high heels serve as the ideal ensemble within a beautifully aged home that is dripping with old Hollywood elegance. Thick ringlets of dark curls frame her strikingly youthful face as a gold snake cuff is wrapped around her wrist. Her big smile welcomes us in, as she seems thrilled to have us there to interview her.

“Do you all think I should go get my gold necklace to wear?” she asks us.

After some failed reassurance that her jewelry selections are perfect as they are, she still retreats to her bedroom for the necklace. As Willa leaves us in the living room, we look around at her treasures that surround us.

A seemingly jubilant Louis Armstrong is standing beside an equally radiant Willa in a black-and-white photograph atop the lovingly worn piano that sits against the wall. As we switch the lights on, a soft glow exposes the intricate lace detail of both the old, Hollywood-esque sectional sofa and the lightly worn antique armchair—both having provided seating for party guests into the wee hours of the morning at one time. It is a home that transports its visitors from the bustling, unkempt street that lies just footsteps from the front door, and takes them back to a time when Willa Ward-Royster was performing in a New Jersey lounge, just a room over from Sammy Davis Jr. A certain air of exuberance wafts through the spacious row home that houses several of Willa’s awards—a gold record on the wall in the basement and a Philadelphia Music Alliance Walk of Fame Award atop the television are two of many—and she embodies that liveliness fully.

At 88, Willa Ward-Royster can best be described as a Philadelphia icon who is best known for her musical contributions with “The Famous Ward Singers” and with her eventual solo work. She began singing gospel with her younger sister, Clara, and her mother, Gertrude, when she was just 12 years old. She is an award-winning pianist and singer, who endured a tortured childhood filled with abuse and a dangerously controlling mother. It is a sorrowful tale that might seem too easily hidden by all of the memorabilia and cheerful photographs of Willa, but it is one that has given her remarkable strength in the process.

Unlike her sister Clara, Willa was able to break free from the tyrannical ways of her mother and begin a musical career on her own, where she could sing the popular music—“devil’s music,” as Willa’s mother called it—she had always longed to sing. She became a staple at many supper clubs around the city, and performed at Radio City Music Hall many times throughout the years. Most recently, Willa performed at the Kimmel Center, but she adamantly told us that it was her last performance ever because of her doctor’s orders. We were lucky enough to be treated to a private performance in her home, where she still manages to play so gracefully, with a healthy dose of soul thrown into the mix.

Having grown up in Philadelphia her whole life, and in the Logan community these past years, Willa has seen the city transform before her very eyes.

“When we moved here it was just gorgeous,” she says. “Big trees and nice grass all over the place…our block was called ‘Millionaire’s Row’ then, not anymore…”

Willa and her family were some of the first African Americans to move into the Logan neighborhood, and because of this, were not immune from the soaring level of racism that plagued our country at that time.

“Philadelphia was very prejudiced back then,” Willa explains. “We were the only black people on the street and they [the neighbors] wouldn’t talk to us.”

At one point, neighbors even went so far as to place a toilet on Willa’s front lawn to show exactly what they thought of her presence
there. However, she explains that eventually all of the white husbands on the block passed away and their wives left the community shortly
thereafter. This caused the white population in the neighborhood to shrink significantly as more African Americans began to move into the community.

“All the nice trees, everything just disappeared after they left,” she says. “But I’ll tell you one thing, I wouldn’t live anywhere else…This is my home.”

Now into her late 80s, Willa has lived a life that is overflowing with unforgettable memories and one-of-a-kind experiences that still get her to light up when she talks about them today. Although she regrets being taken out of school by her mother and also passing on the chance to sing with Frank Sinatra in Las Vegas—thanks in part to a stickler of a husband—she has traveled across the globe, she has been recognized in countless forums, she has been able to be on many stages around the world, and she has lived out her dreams of being under that spotlight. To Willa, she has done it all.

Take a look below at Willa Ward and her life story.