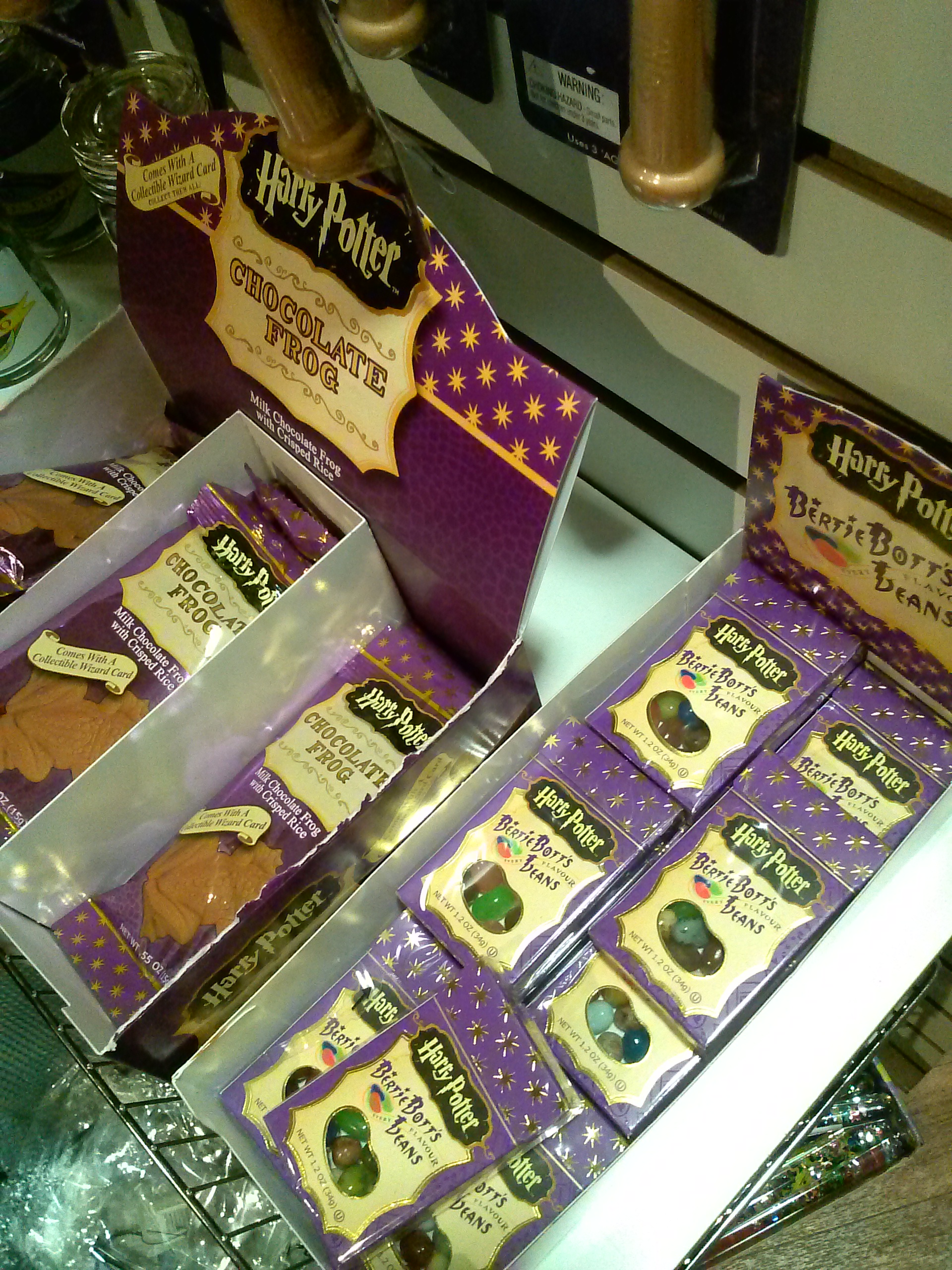 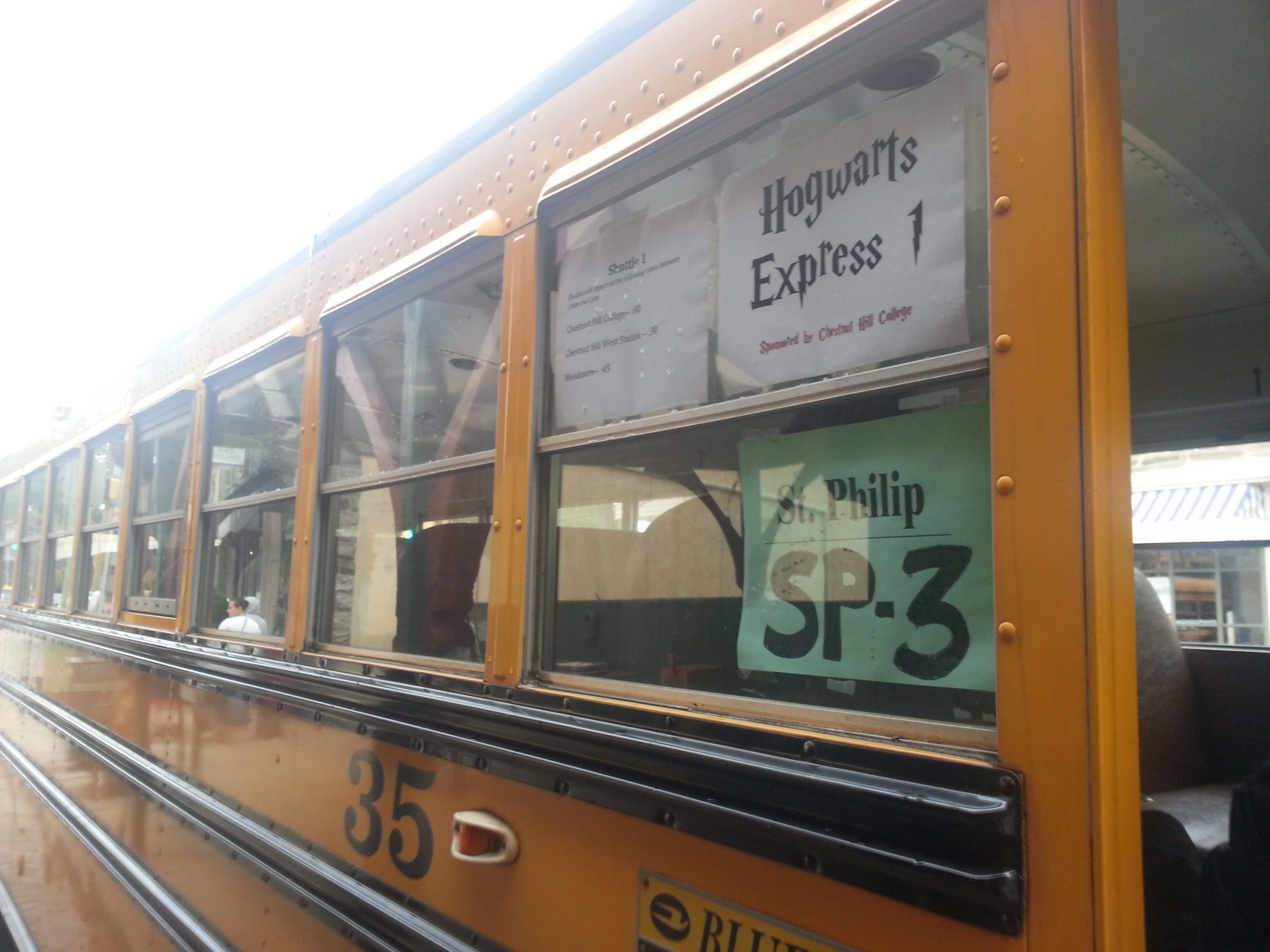 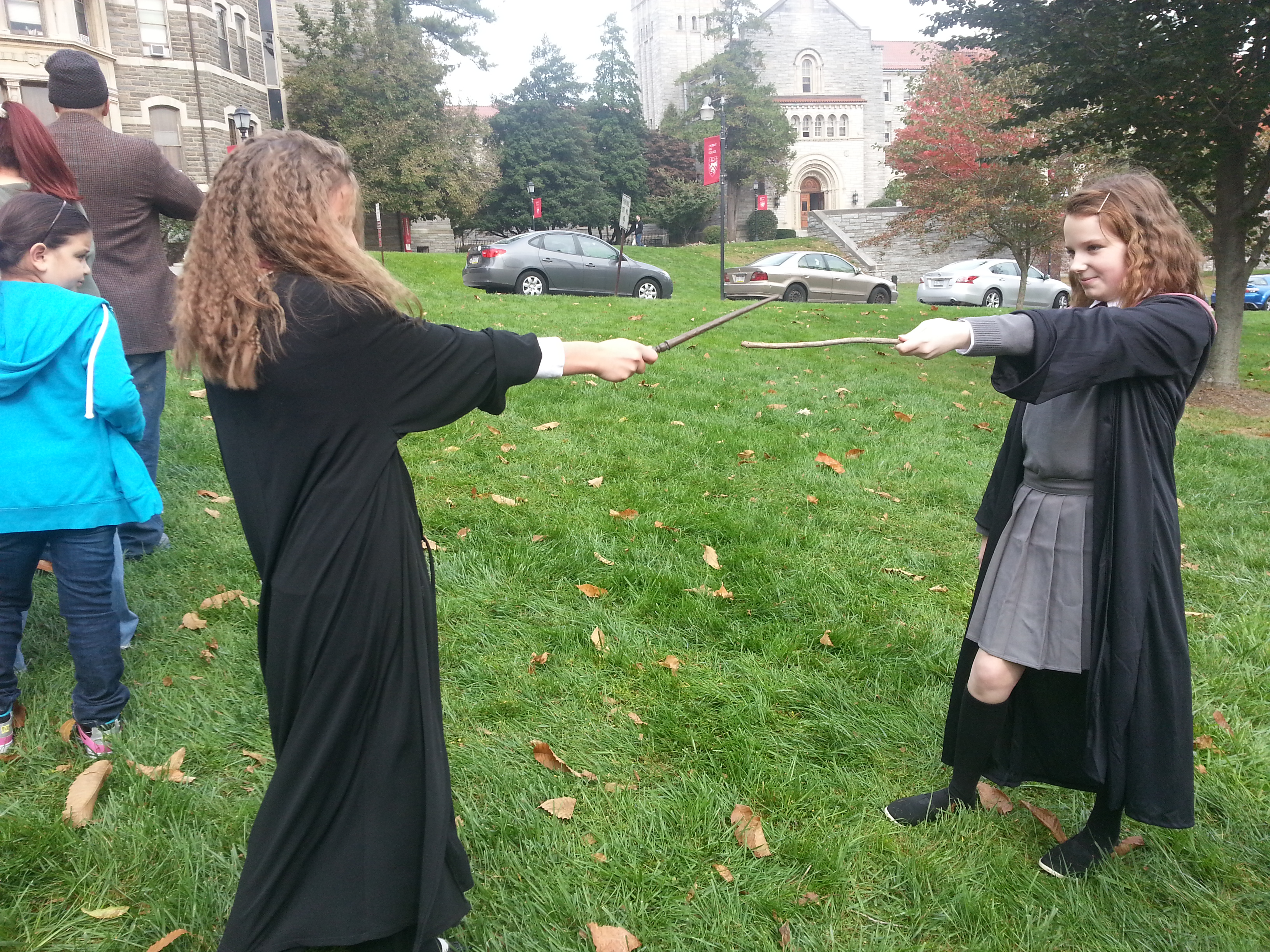 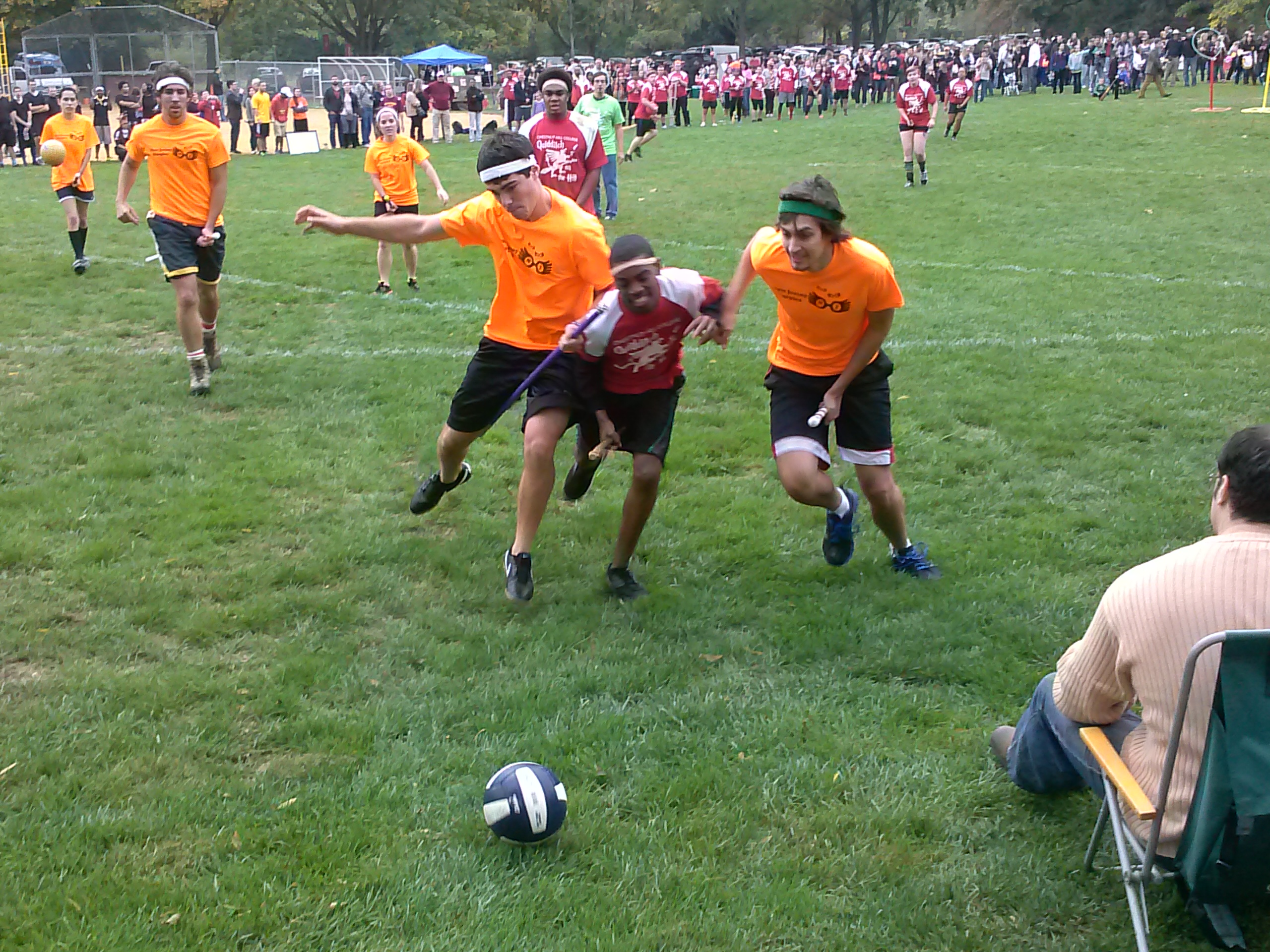 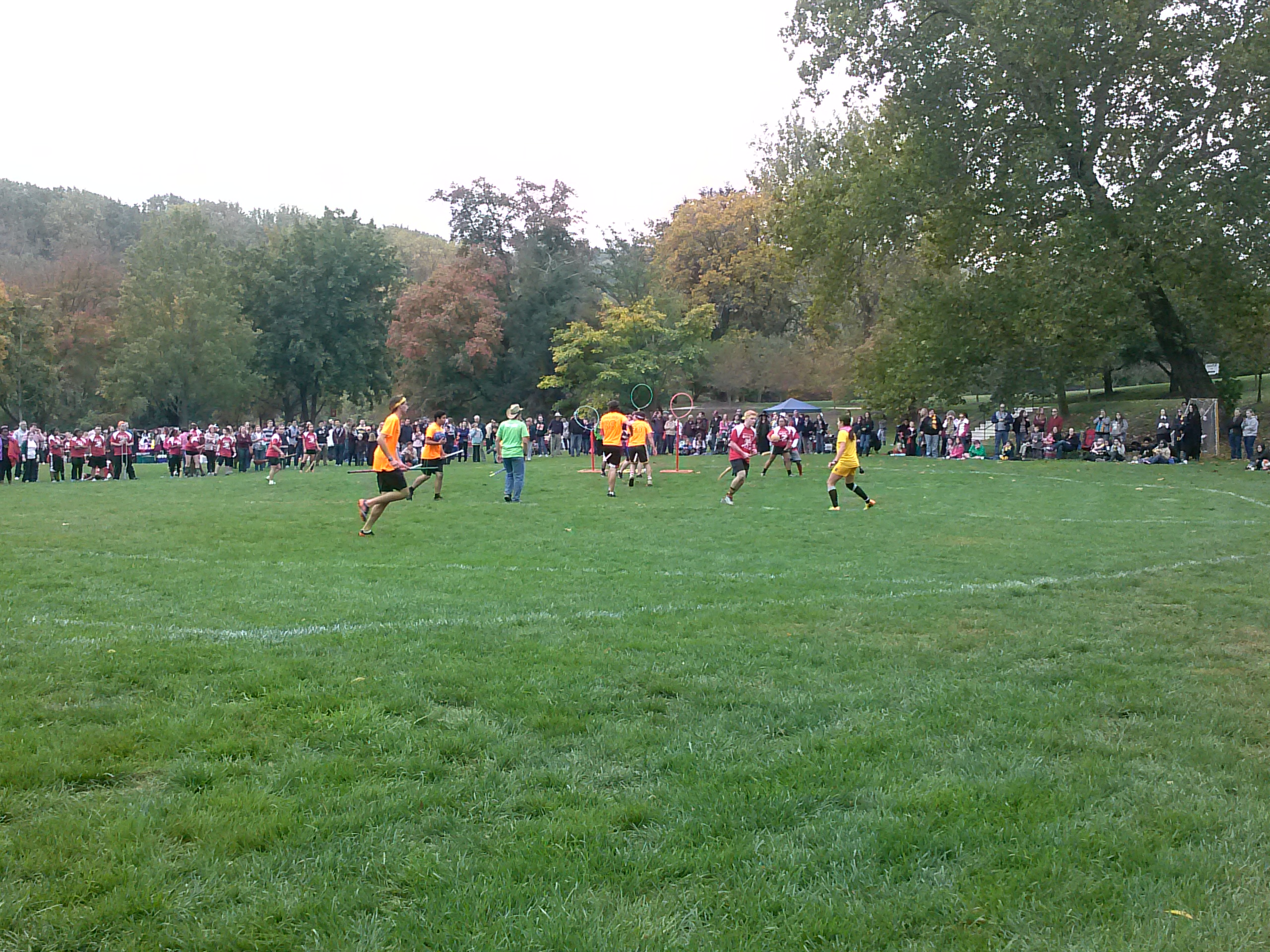 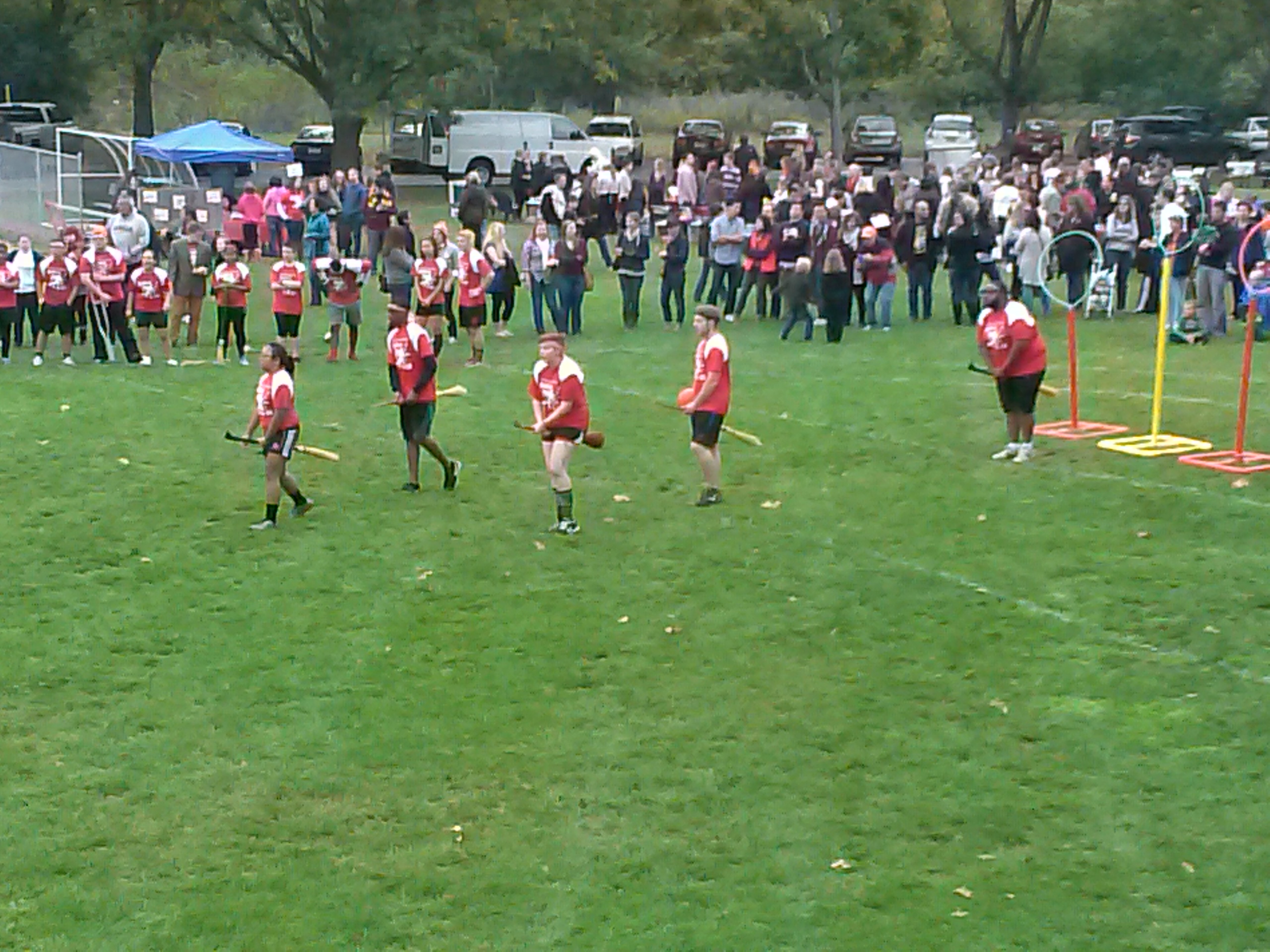 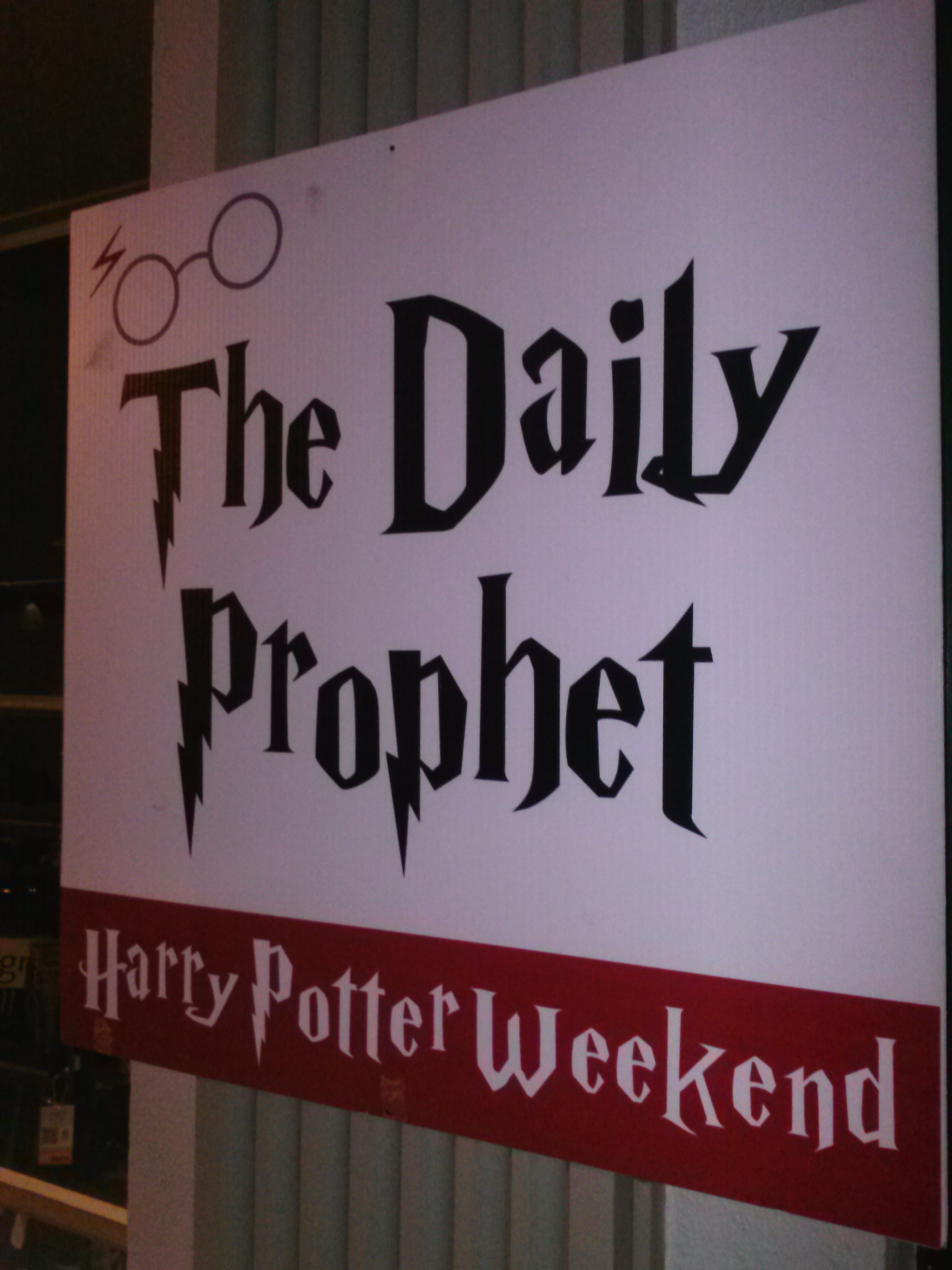 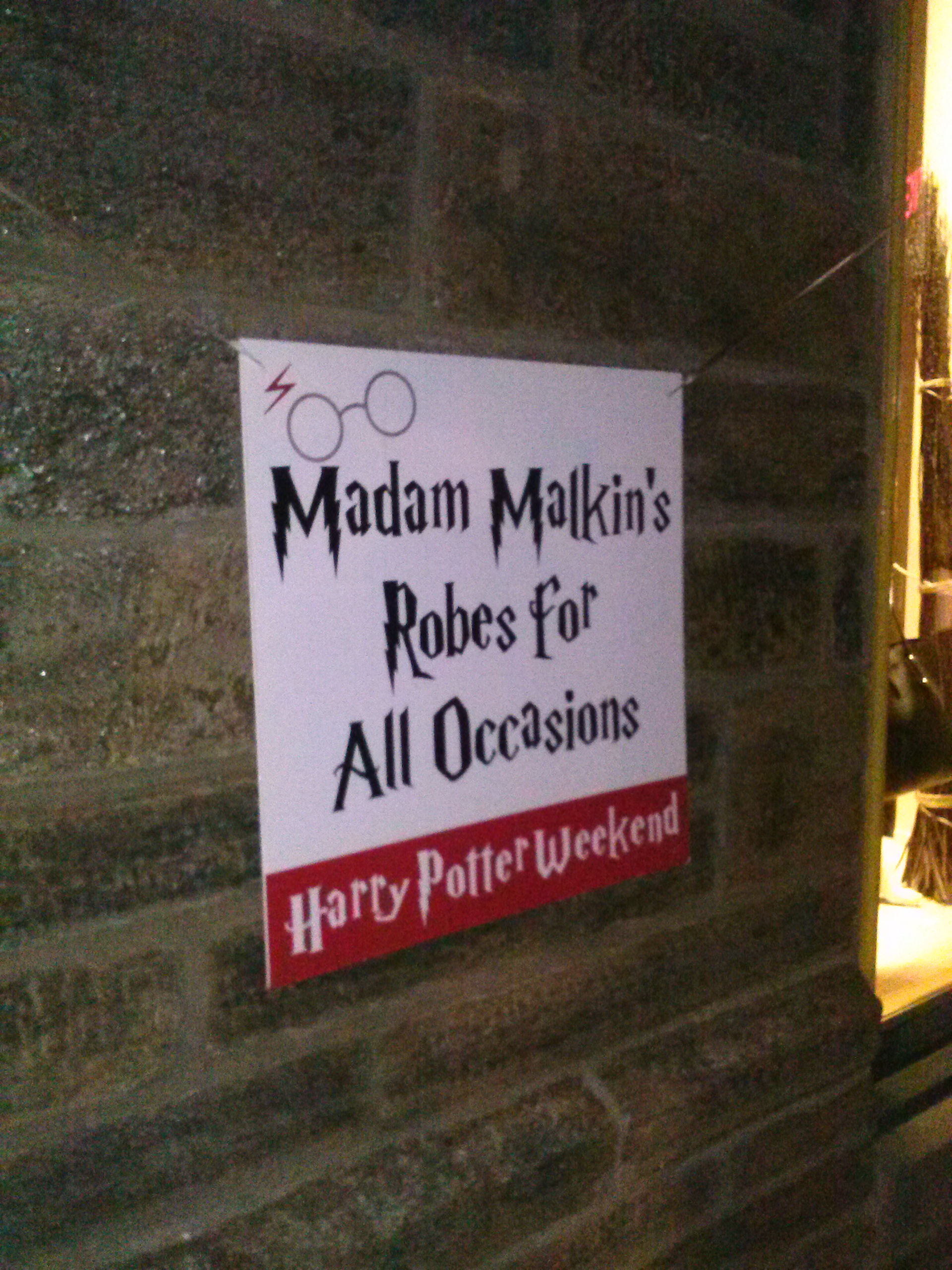 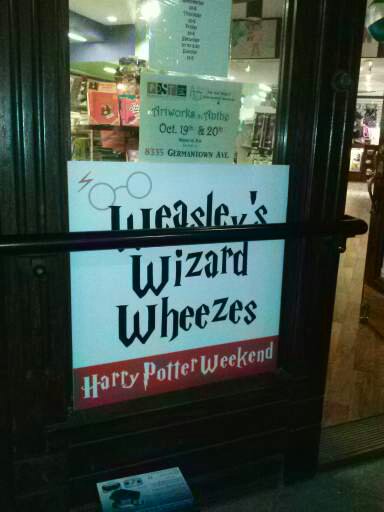 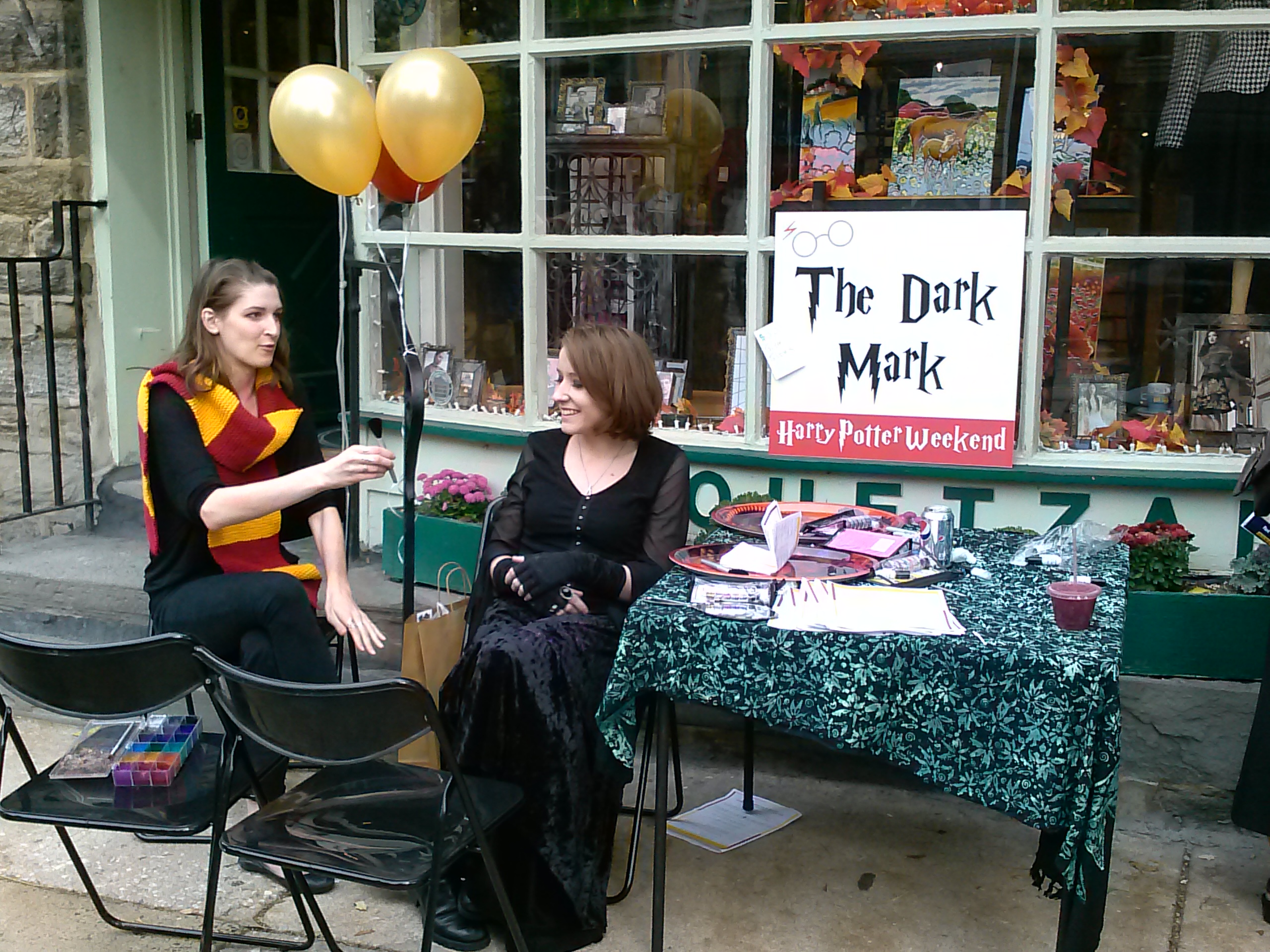 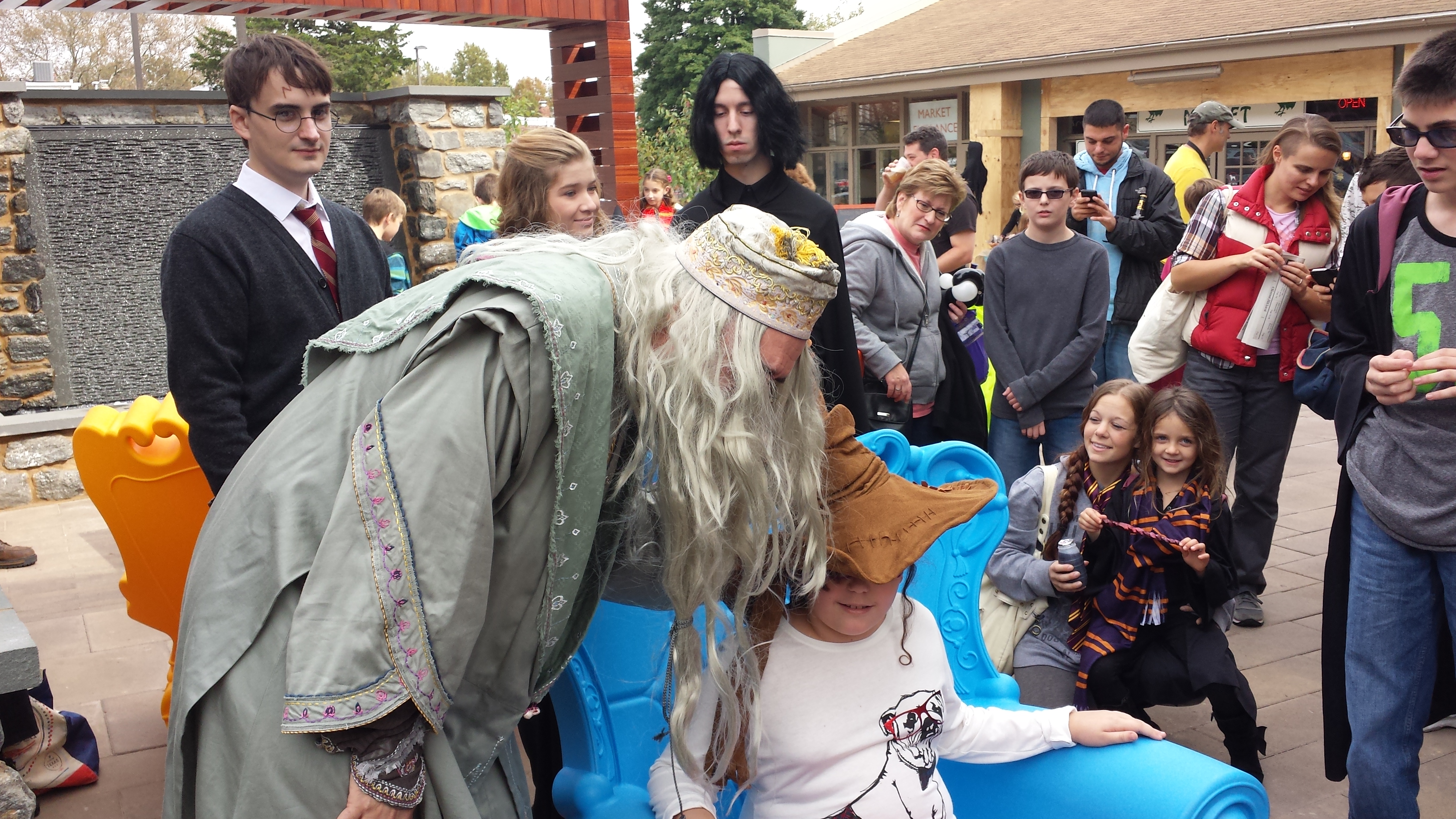 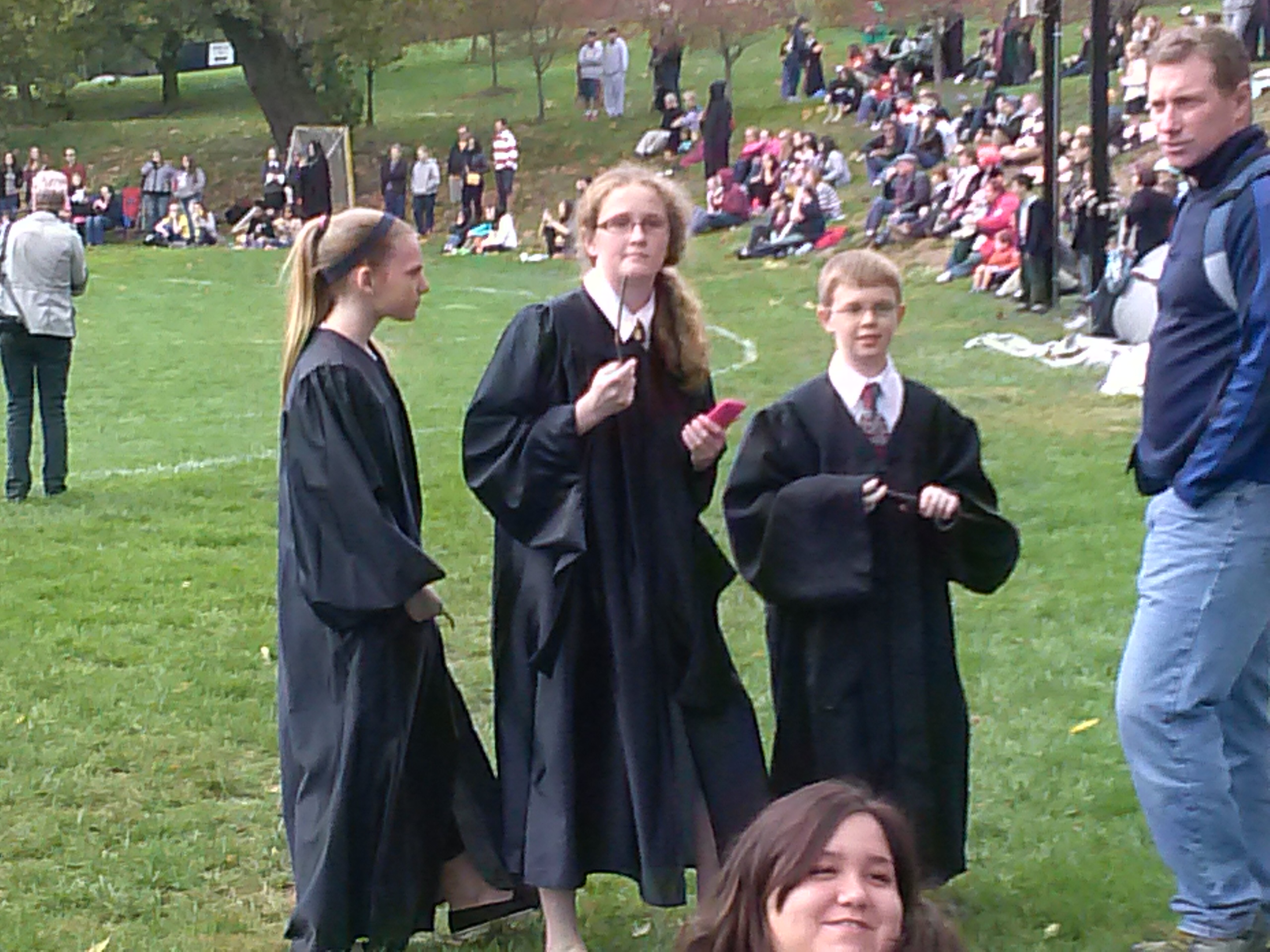 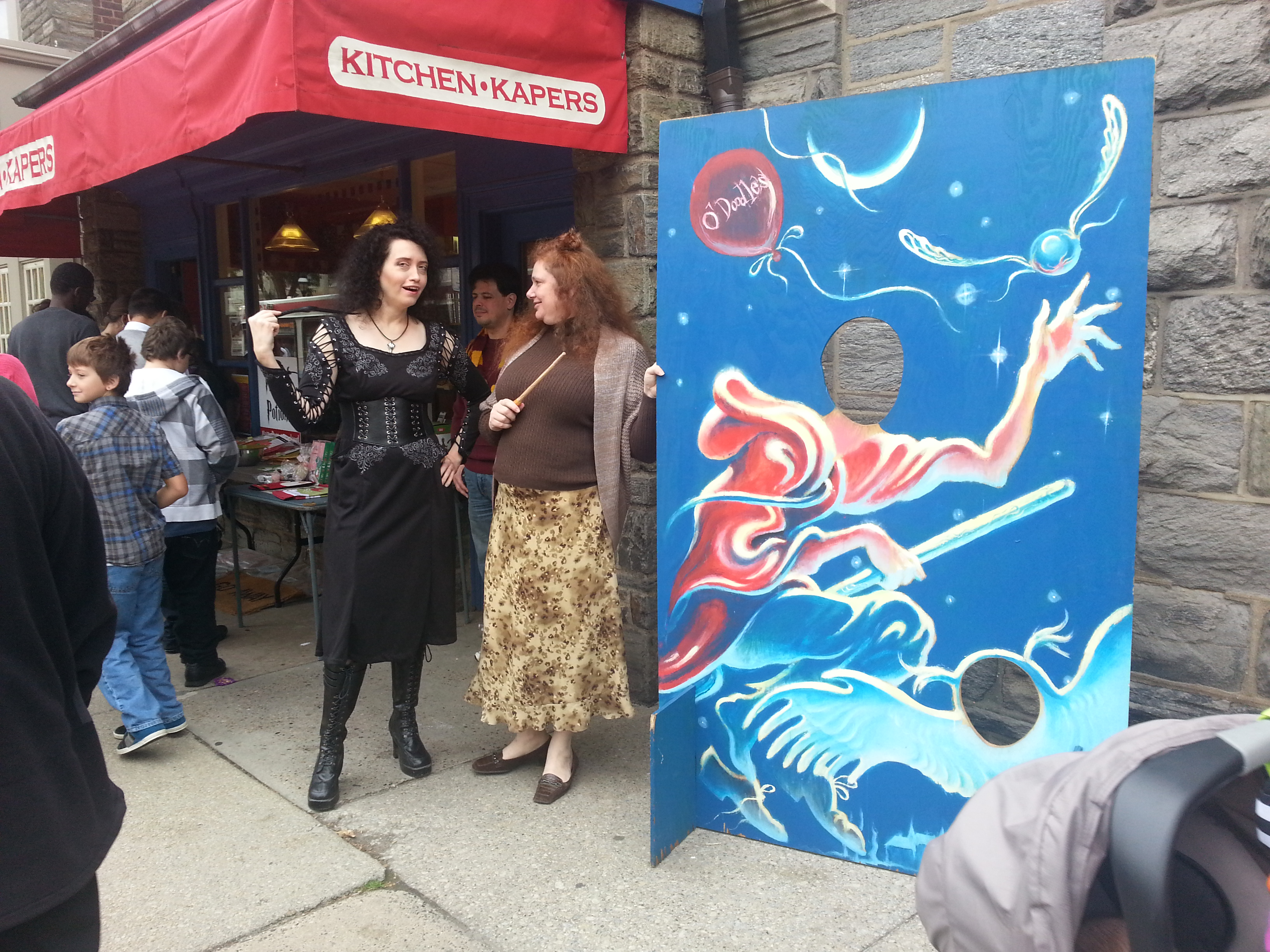 <
►
>
A bus took wizards, witches and muggles alike from the Chestnut Hill College back to Germantown Avenue.

On the third weekend in October, businesses along Germantown Avenue in Chestnut Hill came together to transform a few blocks into J.K. Rowling’s magical world of Harry Potter. The Chestnut Hill Business Association put on the 3th annual Harry Potter Festival along with The Brotherly Love Quidditch Tournament held at Chestnut Hill College.

The festival started with a pub crawl involving the local restaurants and bars on Germantown Avenue, all who had specials being served from the Harry Potter universe. Kate O’Neill, Deputy Director of Chestnut Hill Business Association, was floored by how much involvement there was  from local businesses on Germantown Avenue.

“We didn’t know what we were walking into with Harry Potter and a pub crawl,” said O’Neill.

O’Neill had planned other themed nights before in Chestnut Hill that involved the businesses but the turnout or involvement was nowhere near as large for those. The pub crawl after the opening ceremonies drew a large and varied crowd.

Restaurants such as Chestnut 7, Iron Hill Brewery, Chestnut Grill and Campbell’s Place were just a few who took part.

“Our restaurants and pubs had Potter-themed food and drink all weekend long,” said O’Neill. “There’s butter-beer, golden snitches and cauldron stew. They all jump in. They are very creative.”

The butter beer was not actual beer but a mixed drink concoction with butterscotch liquor, birch beer and a few other ingredients. Bars such as Chestnut 7 were filled with customers like Snape, Hagrid, Harry Potter and even Bellatrix Le’Strange, who was let out of her cell to join the pub crawl. Chestnut 7 displayed a platform 9¾ sign prominently above a doorway. Patrons could be seen discussing costume tips, materials used, time taken to create and if this was their first year.

Stephanie Froareland, a Chestnut Hill local, did not expect the immense turnout.

“The bars are incredibly busy,” said Froareland. “There are a lot more people around than usual for a Friday night.”

Greg Welsh, owner of Chestnut Grill, was very pleased by the turnout and the event as a whole.

The first-most profitable October weekend for Chestnut Grill was the first Harry Potter Festival weekend, which spanned three days rather than the two days from this year.

Pub crawlers came from all over to enjoy the brews, sights and magic. Welsh had seen an amount of patrons “clearly beyond” the scope of just locals from Chestnut Hill. The day before the pub crawl, 320 tickets sold out online in an hour, said Welsh. He was elated at the young adults who came out and how much goodwill was brought with them.

“This was a fun time for the people who came here,” said Welsh. “I was really impressed with the college crowd. It was a remarkable event that drew people from outside the Chestnut Hill area and was [exactly] what we wanted.”

Welsh estimates around 1000 people walked the streets and patronized the local businesses. Welsh sees these kind of events as perfect time to display the businesses out on the main drag but also how well they can all come together for a singular goal – to attract more customers.

Local businesses up and down the strip were highly involved. Most had a sign out front with a different name to match the world of Harry Potter and some sponsored activities and games. Weaver’s Way, a food co-op, named itself Hagrid’s Hut. One business that relished in the Harry Potter Festivities, just down the block from Chestnut Grill, was Bohemian Pink or ‘Madame Monika’s Magical Emporium. Bohemian Pink is a boutique shop featuring accessories and clothing items for women but during the festival, they also had Harry Potter and magical-themed trinkets for sale. Monika Schermer, the proprietor, loves the festival because her daughter can get involved. Hannah Schermer, her daughter, was right next to her taking in all the magic.

“My daughter read all seven books in one summer,” said Schermer.

To have this festival and see these characters and places read about in J.K. Rowlings’ works was exciting for Hannah Schermer.

“They took a whole series [made a festival around it] and got everyone involved,” said Hannah Schermer.

The success of the festival can in part be attributed to the fandom J.K. Rowling’s books have garnered but without the cooperation and support of these businesses, the festival could not have had such a clear and present impact.

“Chestnut Hill is a very special place” said O’Neill. “It’s beautiful, it’s historic and has the frame work this kind of festival.”

Harry Potter may have been the focus this weekend but the magic truly came from the businesses working together to provide an experience those of all ages could enjoy.

https://vimeo.com/39662526] A partnership between the Mann Older Adult Community Center, Taller Puertorriqueno and the Alzheimer’s Association is helping keep the minds of Fairhill’s senior community active. The collaborators are attempting to keep the aggressive Alzheimer’s [continue reading…]

Philadelphia is known for having some of the most passionate, dedicated and brash sports fans. This list highlights the most fervid sports enthusiasts in the Big Five. Joost Charlow: University of Pennsylvania The University of [continue reading…]

Although the city isn’t slated to light its tree in Love Park for a few weeks, some in the Northwest kicked off the holiday season Friday night with a slightly smaller spectacle. As it has [continue reading…]