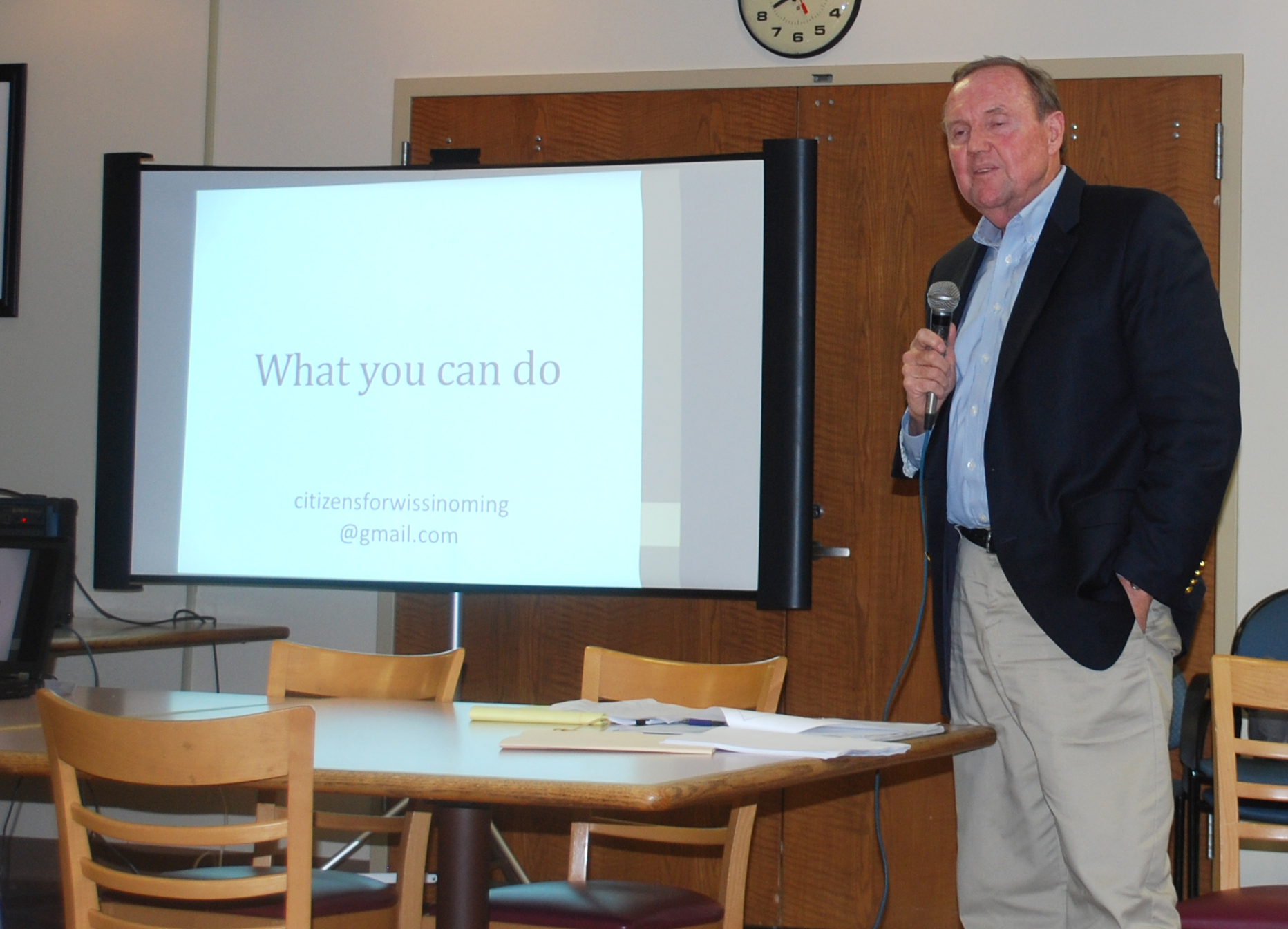 The Frankford Civic Association met recently to discuss two shopping centers that have been proposed to be constructed in the area.

Mark Hankin (above), president of the Hankin Management Company, spoke about a proposed shopping center at the Frankford Arsenal. The shopping center would bring large and small stores and restaurants, Hankin said. It would total 500,000 square feet and is expected to create at least 250 local construction jobs. It is scheduled to open for late summer of 2015.

The second half of the meeting heard the discussion of the problems with The Shoppes at Wissinoming, which is another proposed shopping center that is to be located at Tulip Street and Aramingo Avenue. The issues raised at the meeting were that it would be too small for the size of the development and create more traffic in an already busy neighborhood, as well as environmental issues. Individuals at the meeting raised questions but the Wissinoming developers were not present to discuss the issues.

Frankford native Chris Gulledge strongly believes that unlike Batman and other fictional characters admired by children, fathers are the real heroes. Once a struggling single parent, Gulledge knows first hand how difficult parenthood can be [Read More]

The Frankford Civic Association held a public meeting this week at Aria Health – Frankford Campus to address the concerns of residents about the proposed building of methadone clinics in the neighborhood. The meeting was a [Read More]

It’s arguably the most inconspicuous building on Griscom Street. The building is the former home of Dr. John Ruan, a prominent doctor in Frankford in the 18th and 19th centuries. There’s no large sign or [Read More]