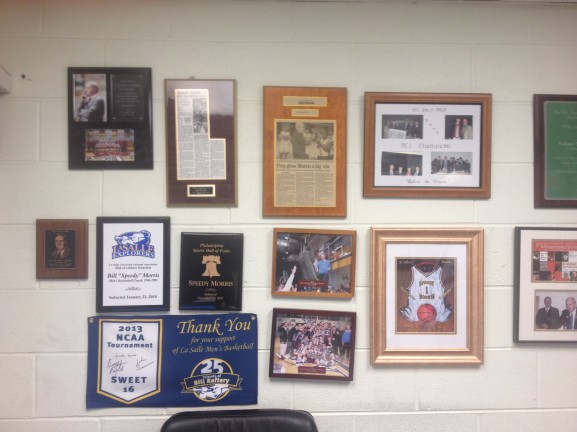 Morris, who coached at La Salle University and has more than 900 wins coaching the Hawks since taking the position in 2002, will be honored during halftime of the St. John’s University and Fordham University contest.

“I love every place I’ve been,” Morris said. “I love La Salle and I really love it here. I don’t miss the travel. I don’t miss recruiting but I love great moments at La Salle. A lot of my best friends are players that played for me at La Salle. That’s a big part of coaching, the people you meet, the memories you have. You’re never going to lose them, they’ll never go away.”

The La Salle Explorers will be playing during the ECAC/MSG Holiday Festival on the 7th against Stony Brook. That game will be the first game played at 11:00AM.

Amateur Sports: Philadelphia Freeze Return to the Ice After Missing 2020 Season Due to COVID-19

The Philadelphia Freeze, a women’s ice hockey team based out of University City, returned to the ice on Oct. 2 after its 2020 season was canceled due to the COVID-19 pandemic.
[Read More]

After playing for the Frankford Chargers as a child, Don Richardson thought his son would follow in his footsteps. But when Eric Richardson wanted to play football in 1999, he had a different team in [Read More]

Catching a football from a different quarterback, running routes on a new field and making new friends were not the things that bothered Delane Hart about switching schools three times in three years. It was [Read More]