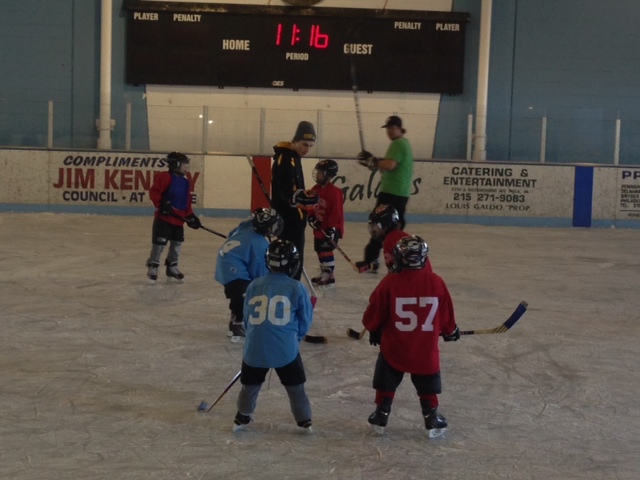 No matter where you stand in South Philadelphia’s Rizzo Rink on any given Saturday, you’re in the middle of a hockey game.

On the ice, the rink’s Mites compete in a friendly, beginner-style contest that garners plenty of parent spectators. In the lobby, just off the ice, the athletes’ siblings toss a puck to one another, a lively mechanism to help pass time. 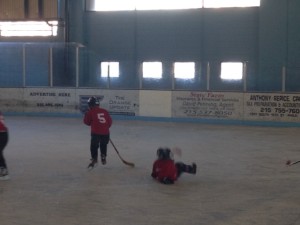 But the rink will be forced to change in the foreseeable future. The neighborhood where Rizzo Rink built an original family-like atmosphere will eventually be the same one to push it out.

“We are looking to move,” said longtime Mite and now employee Lou Lozzi. “There’s probably about five different places in the city that are big open lots that we speculate where it would look good at.”

The city is ordering construction on I-95 that lies just above the rink. Quite literally, construction workers would have to stand on the rink’s ice in order to properly execute their construction plan, forcing the rink the relocate.

Although construction is slated to begin roughly five years from now, the employees are seeking out new locations and getting a head start on the inevitable relocation. 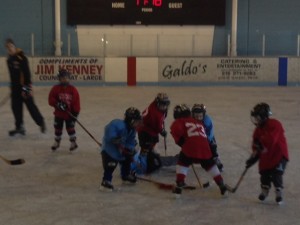 “We kind of want to stay on the riverfront,” Lozzi said. “It would just be nice; maybe around where Sugarhouse Casino is.”

Rizzo Rink has been a haven for young hockey players seeking instructional guidance at a young age. Most of its employees and coaches, Lozzi included, have skated at the rink since they were “mites,” and that has formed a unique bond between the neighborhood and its players.

“There’s so many, so many people that walk around that say they wish this place wasn’t closing,” Lozzi said. “It’s a place that is the only hockey center in South Philly. A lot of kids that come here know their friends from school and in the neighborhood. With that gone, it kind of brings down the neighborhood a little bit.”

For a rink that’s seeing a constant expansion, the hopes of being able to relocate without any bumps in the roads are high. The rink, which housed 70 mites five years ago, is now home to more than 100 mites, something that might remedy the forthcoming changes.

“The numbers are booming every year,” Lozzi said. “One thing we can do is make more teams; we can make a travel team also, where we will have our own rink and when the kids are done when they’re 14. As of right now, they move on, they go play for other teams out of the area. They’ll stay in the city and play for Rizzo Rink if we have travel teams.”

A kickstand jammed its way into a windblown patch of grass at the top of a hill on Radnor High School’s campus. Black rotating tires on a three-wheeled stroller stopped spinning as a small baby [Read More]

“The dream will come true.” Those were the words of Bustleton Bengals Club gym director Vince Tarducci when describing the long process it had taken him and members of the Gym Committee to finally amass [Read More]