When William Penn first laid out his plan for Philadelphia, the famous founder realized the importance of parks to not only flee to in case of emergency, but also to escape from the rigors of city life – even for just an afternoon. Today, the waterfronts along the Delaware and Schuylkill rivers boast some of the most scenic spots in the city where people can exercise.

Once known as League Island Park, the 348-acre South Philadelphia staple is located not far from the Delaware River just below Pattison Avenue and the city sports complex. Meadow Lake provides the perfect backdrop to the park’s eight baseball fields, which can be found in use throughout the spring, summer and fall by the City of Brotherly Love Softball League, among others. Each year, in partnership with the Philadelphia Phillies, the fields host the annual Carpenter Cup Classic, featuring the top high school baseball talent in the tri-state area. 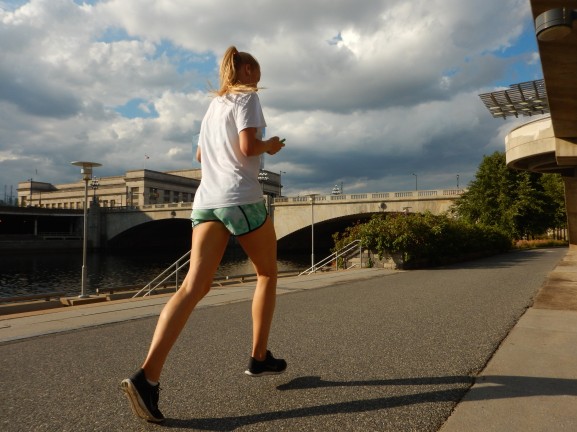 Running is one of the most tried and true forms of exercise and, best of all, almost anyone can do it anywhere, like the rehabilitated Schuylkill River Banks. The Banks is a 1.2-mile stretch of green space, open for anyone looking to get in shape or lounge lizards looking to catch some rays. People have been enjoying the use of this space for years now and, according to the Schuylkill River Banks website, avid outdoor enthusiasts only have more to look forward to with future projects in sight. 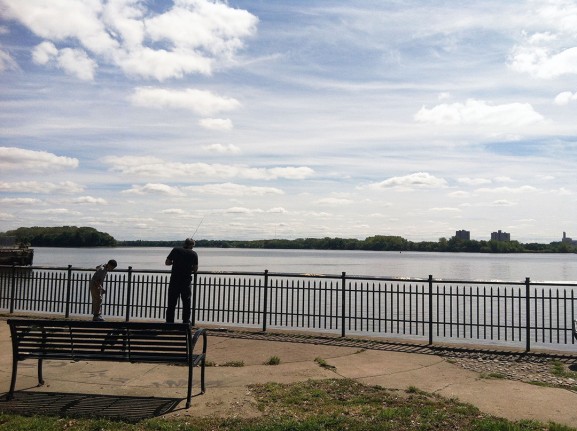 Offering some of the waterfront’s best views of the Ben Franklin Bridge and the Delaware River, Penn Treaty Park is located in Fishtown just off Delaware Avenue. Before it was critically damaged by a runaway barge, a much longer steel fishing pier extended further out into the river. Solidifying itself as a popular spot to drop a line, an annual catch-and-release fishing derby is held there each spring by the Friends of Penn Treaty Park. 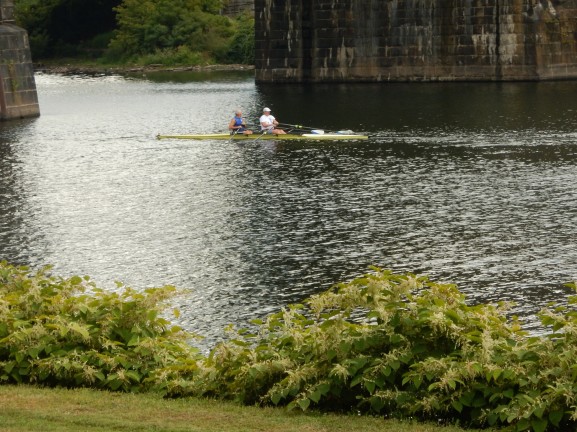 For people looking to take their activities and exercise nautical, there’s always rowing along scenic Kelly Drive. Rowing boasts the benefits of muscle toning, stress relief and, according to Philadelphia City Rowing, is the ultimate team sport requiring athletes to synchronize their body movements with those of their teammates. 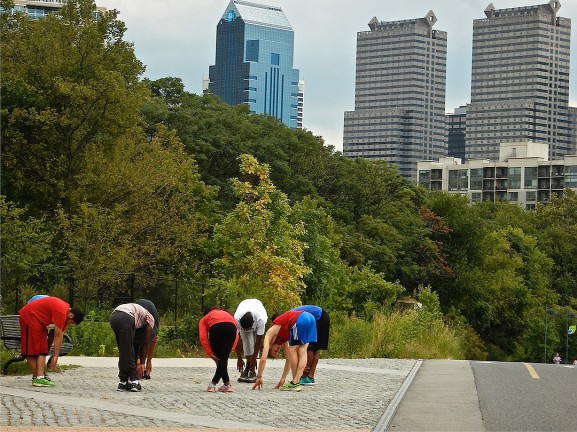 Like running, yoga is an activity that can be done almost anywhere. Although Paine’s Park might be where skateboarders go to find peace, it has lived up to its promise of a mixed-use public space. Located adjacent to the Art Museum, the park opened in 2012 and provides an area for everyone to come together in harmony, even Segway riders.

– Text and images by Nodyia Fedrick and Joe Dolinsky.

Latinx: A Look Inside The Dominican Hair Salon Experience

From an early age, Rosaura Reynoso understood how hair has the power to frame a woman’s face. She developed a passion for the art of hair styling, and in 1983 decided to start her journey [continue reading…]

Rain or shine, South Philadelphians will rarely pass up the opportunity to go to a beer festival. On October 11, the Crafts & Drafts Festival came to Pennsport for a neighborhood block party on a [continue reading…]

The Fishtown Recreation Center represents how a community can be sustained not only through cleanup efforts, but through the ongoing commitment from community members across multiple generations. This 1.4-acre facility welcomes new members to utilize [continue reading…]