Philadelphia made a name for itself as a skateboarding city when skaters discovered LOVE Park in the 1980s.

Due to its open spaces, plentiful benches and infamous gap (between the wide set of stairs and the opening of the fountain), skaters flocked from all over the world to skate at LOVE Park. 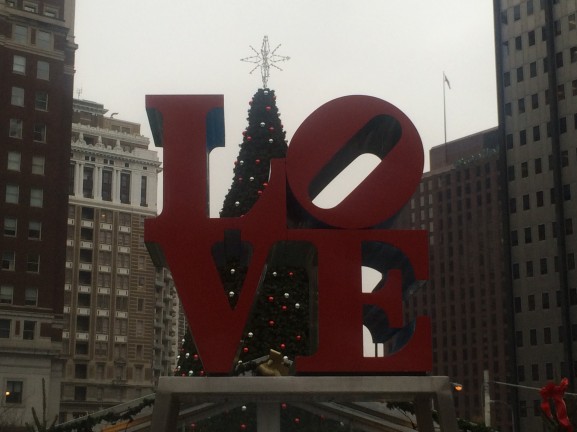 The park became so popular that it catapulted Philadelphia into hosting both the 2001 and 2002 Summer X Games and even made an appearance as a playable course in the popular video game, Tony Hawk’s Pro Skater II.

With the ban in place, the sport of skateboarding, which brought both commerce and tourists to the park, was gone.

The estimated 200 skaters who came to skateboard at the park each weekend had to find somewhere else to go and they didn’t leave quietly.

Just days before the park was officially closed for renovation, skaters organized a protest and skated at the park one last time before they were eventually broken up by the police.

Following the enactment of the ban, the city began planning a potential new skate park by the Philadelphia Museum of Art to replace LOVE Park.

In September 2010, the Franklin’s Paine Skatepark Fund worked with Friday Architects/Planners, Inc. to develop the first phase in a master plan for skateboarding in the city through the year 2025.

According to the master plan, the total skateboarding population in Philadelphia in 2009 was approximately 45,000. The plan also notes that, at the time, there were only three skate parks in the city, forming a ratio of approximately 15,000 skaters per park.

On May 22, 2013, Paine’s Park (named after the Franklin’s Paine Skatepark Fund) finally opened to the public.

Set along the Schuylkill River, the 2.5-acre park features more than an acre of green space and public walkways.

According to non-profit organization Next City, the park cost between $4.5 and $5 million with $4.25 million coming from the city of Philadelphia and the state of Pennsylvania. 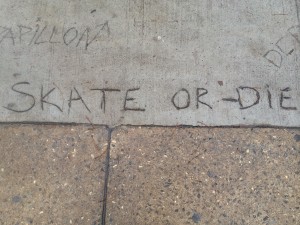 Located in the Franklin Delano Roosevelt Park, the FDR project began in 1994 and was built by skaters for skaters, making it one of the most famous do-it-yourself skate parks in the world.

FDR is tucked under the overpass of Interstate 95 and is shielded from harmful elements, creating a year-round accessible park.

The heavily-graffitied skate park hosted the now-defunct, extreme sports competition, Gravity Games in 2005 and is a playable park in the video game, Tony Hawk’s Proving Ground.

In addition to its numerous skating grounds, Philadelphia is home to Black Diamond Skatepark, a 40,000-square-foot indoor skate park at the Philadelphia Mills Mall in the Northeast.

The fenced-in skate park features half pipes, rails and stair sets for skaters to use at their disposal.

Unlike Paine’s Park and FDR, which are outdoor and always open to skaters, Black Diamond charges skaters $15 for a two-hour session. For just $5 more, skaters have access to the park for the entire day.

After a session, skaters can visit the retail section of the store stocked with skateboards, clothing and shoes.

Professional skateboarder and native Pennsylvanian Kerry Getz opened his own skate shop, Nocturnal, 14 years ago when the scene at LOVE was at its peak.

The company has also come out with gear of its own and skaters can purchase backpacks, hats and even skateboards plastered with the Nocturnal logo.

One year after Nocturnal opened, Exit Skateshop opened up in Northern Liberties. Like Nocturnal, Exit is filled with the latest skateboarding fashion.

The shop features an art gallery and is set in a minimalist setting, making it the perfect place for events and small music shows.

In 2005, Focus Skate Mag hit the scene. The magazine is based out of Philadelphia and exposes the ever-growing culture of skateboarding on the east coast.

The freely-distributed magazine is published bi-monthly with current and back issues available to read on the magazine’s official website.

From the days of skaters kickflipping over the LOVE gap to the inception of numerous skate shops and parks, skateboarding seems to have found a home in Philadelphia.

-Text, images and videos by Ashley Dougherty and Anthony Bellino

Philadelphia is full of parks and lush gardens that make it easy to forget it’s a large city on the East Coast. Rittenhouse, Graduate Hospital and Logan Square are three neighborhoods within walking distance of each […]

Visit any of the few skate parks in Philadelphia and one thing is immediately apparent: many skateboarders aren’t wearing helmets or protective pads. According to the American Academy of Pediatrics (AAP), Pennsylvania is one of […]

A proposed skate park at Rose Playground in Overbrook Park has been wheeled to another location. Instead of the skate facility, Overbrook Park residents have received a new walking track and exercise area at Rose. […]