Food diversity is a part of the Chinese culture due to the abundance of local resources in the different areas of China.

When Chinese immigrants came to America, they brought their cooking styles along with them and often catered them to American tastes in order to make a profit. In neighborhoods like Chinatown, however, the cooking styles stay true to the areas of China where they originated. Here are the five different types of food you need to try in Philadelphia’s Chinatown neighborhood.

Unlike the machine-made noodles that are used in some Chinese cuisine, hand drawn noodles are still completely hand-crafted by skilled chefs.

“Hand drawn noodles are chewy,” said Mingfei Gu (above), the noodle chef at the Nan Zhou Hand Drawn Noodle House. “The dough is mixed with salt and the ratio between water and flour is stringent. The required water temperature is different during each season.”

Additionally, the restaurant serves a traditional soup made with the hand drawn noodles and Chinese herbs that is stewed with cow bones for an extended period of time.

“When the noodle is fresh off an open fire, it has a great golden color and adds flavor to the soup,” said Gu. 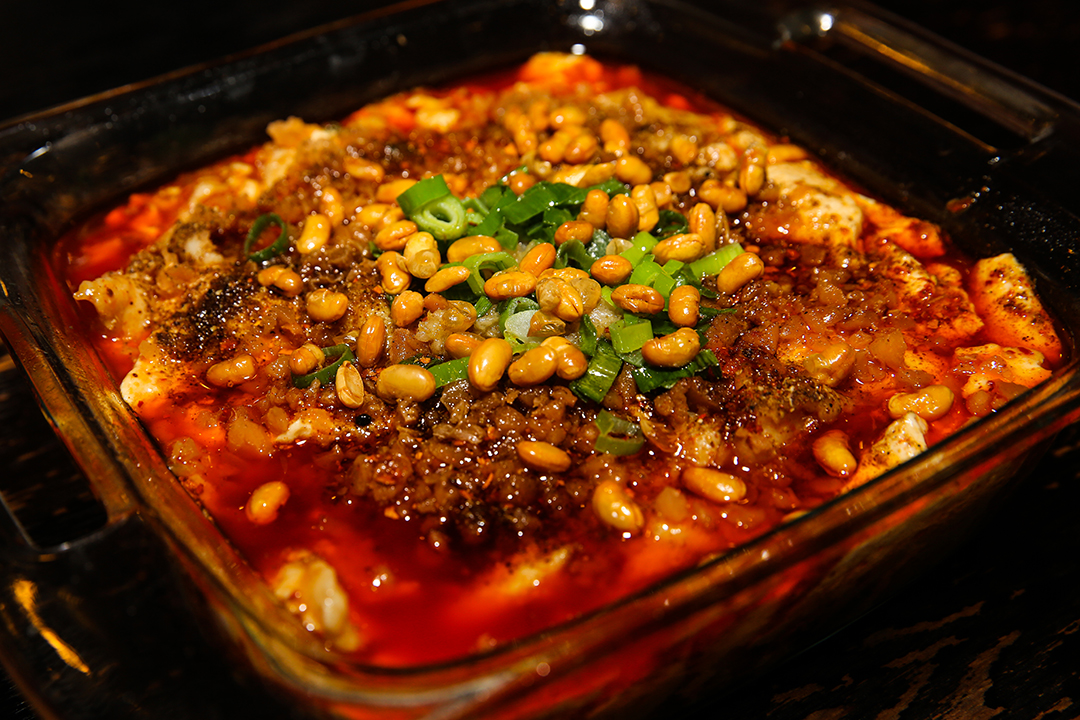 Sichuan cuisine (above), also referred to as Szechuan or Szechwan, is usually known for its spicy taste. The style originated in the Sichuan Province of southwestern China and has become popular in Chinatown as well.

“It [spicy food] is a part of local food culture,” said Yucai Xve, a chef at the Szechwan Dim Sum Restaurant, who has cooked Sichuan cuisine for 35 years.

Due to the humid climate in the Sichuan Province, the people tend to gravitate towards the spicier foods to help them sweat.

Peppercorns are also regarded as a traditional ingredient in Chinese medicines used to relieve headaches. 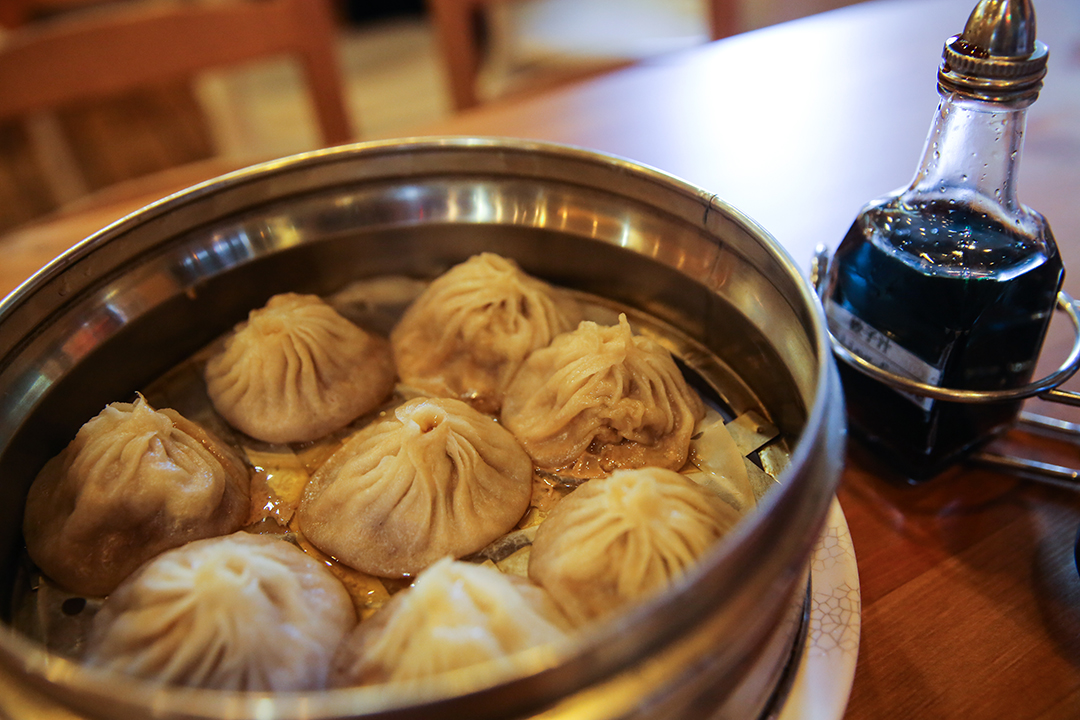 “Dim sum is always referred to as a style of Cantonese food,” said Jingshou Guo, owner of the Dim Sum Garden. “But actually it is a broad and profound concept of food in China based on the different areas.”

Dim sum is usually served steamed in a bamboo basket after the main course in a traditional Chinese meal. Shanghainese and Cantonese dim sum are the main styles served in Philadelphia’s Chinatown restaurants, such as the steamed pork soup bun (above) which contains Chinese-style cured ham, ginger, shiitake mushrooms, and Chinese rice wine. 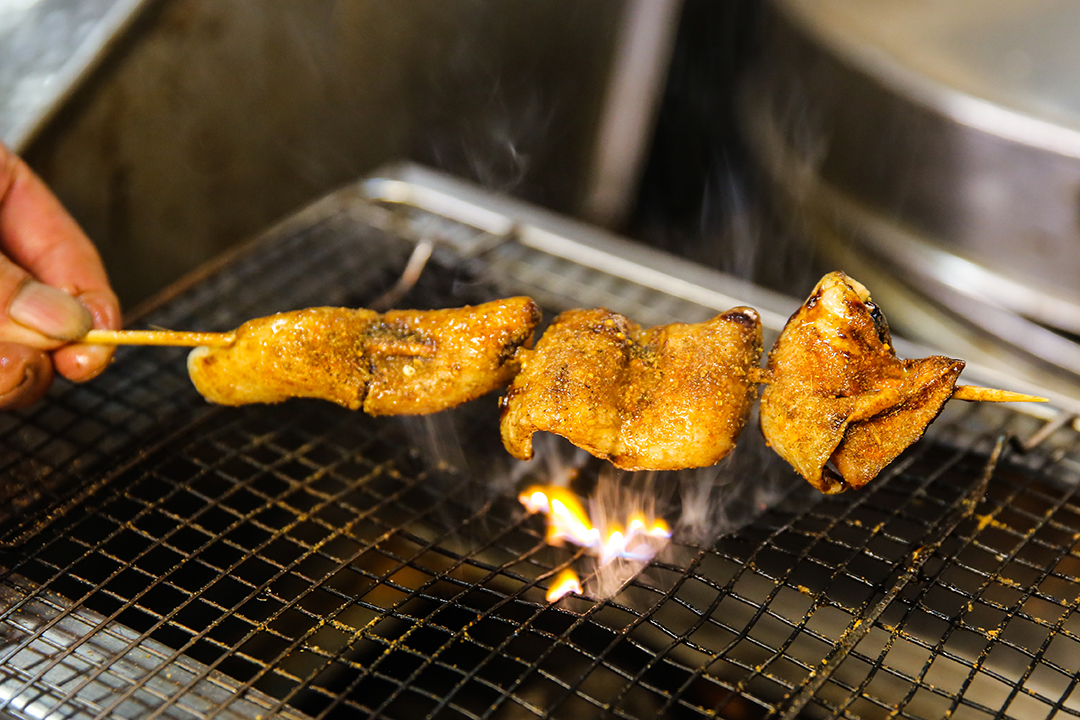 Barbeque food is also popular in China, especially for the younger generations. But instead of the typical BBQ sauce, “cumin powders conform the majority of the Chinese’s taste,” said Zhicheng Shao, who owns Red King’s Restaurant. “Most Chinese BBQ food is grilled, which helps keep the natural taste of the ingredients.”

Aside from the meats, Chinese BBQ also includes a wide range of vegetables and seafood, such as chives, lotus root, and squid (above). 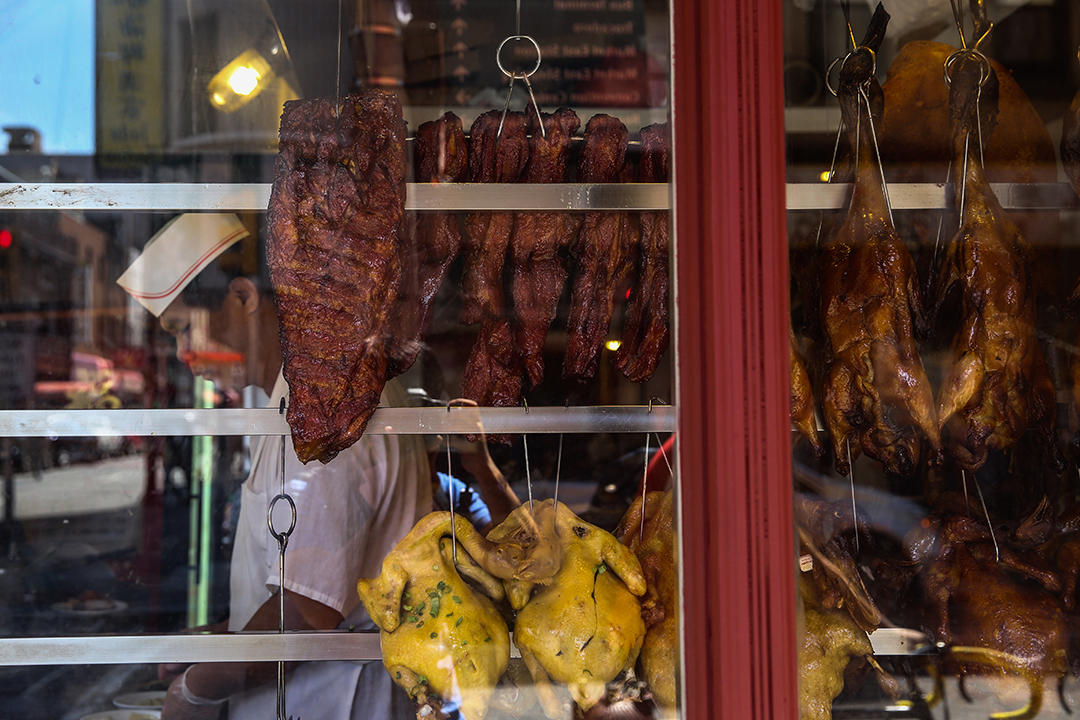 Roasted meats, such as chicken, duck, and pork, are typically found in Cantonese dishes that are common throughout the Canton region of Hong Kong and some southwest areas in China. Due to the large Cantonese population in Chinatown, roasted meat is also a dominant food on many restaurant menus.

“Our Cantonese roast meat is charred outside and red and juicy within,” said Mrs. Wong, co-owner of Wong Wong restaurant. “Specifically, honey-roasted pork is a well-renowned meat dish in Canton and is also popular among Americans.”

– Text and images by Hua Zong and Ariane Pepsin.

“Welcome to the center of gold” as the mural reads, or in this case the heart of Philadelphia’s Fairhill section, located at the intersection of 5th Street and Lehigh Avenue. Fairhill has the highest concentration […]

Loyal customers know that Fresh Donuts owner Donald Eap and his sister Van have owned the doughnut and breakfast shop at 39th and Lancaster Avenue in Mantua for years. The neighborhood has changed significantly since […]

As a real-estate developer and architect, Gary Reuben (above) can be found making a living through his work as the owner and operator of the Wolf Building, on Callowhill at 12th Street. After purchasing the building […]