Andrew Greene has only had to draw his gun once. It was 22 years ago when Greene, then 23-years-old, was followed by a group of men while walking to his car after leaving a bar in Philadelphia’s Gayborhood.

“They followed me a good five or six blocks,” said Greene. “One of them shouted, ‘Hey faggot!’ at me. I looked and realized that they had some pipes or sticks or something, which, needless to say, was disturbing. So, I drew on them.”

Greene was carrying his 5-shot .38-caliber Smith & Wesson Model 60 that night, as he commonly did at the time.

One of Greene’s would-be assailants exclaimed, “Holy shit! He’s got a gun!” and the group turned and ran back the way they came.

“This was a successful defensive gun use,” said Greene. 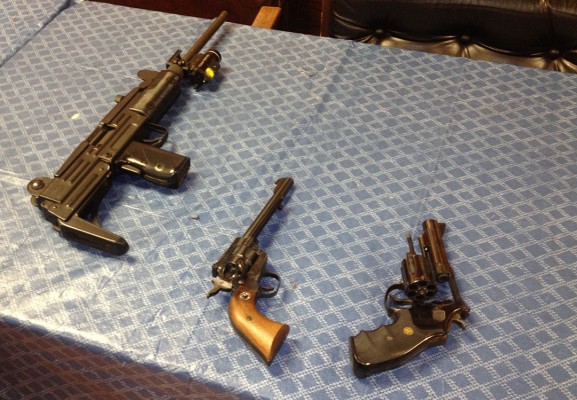 Although a lot has changed for Philadelphia’s gay community in the two decades that have passed since Greene’s encounter, the September 11 attack on a gay couple that left one man with serious facial fractures and his jaw wired shut proves that there is still a need for self-defense.

And that’s where the Pink Pistols come in.

Inspired by a Salon.com article written by Jonathan Rauch in 2000, the Pink Pistols are an international organization of LGBTQIA individuals who promote the use of firearms as a form of self-defense. Their idea is simple: “Armed queers don’t get bashed.”

The Delaware Valley chapter is one of the more active chapters in the country. They meet once a month for lunch before going to a shooting range in Southampton, PA.

They aren’t a political group and they don’t see themselves as a gay organization in the traditional sense. In fact, the Pink Pistols represent a juxtaposition of beliefs: the liberal views of many in the queer community and the more conservative leanings of gun owners. They are beliefs that have caused both conflict and concord.

“The gays who find out that I’m a gun owner usually aren’t necessarily supportive, especially if they’re part of another political tribe,” said Greene, whose political beliefs, he said, most closely align with libertarian. “The gun owners who find out I’m gay usually don’t care.” 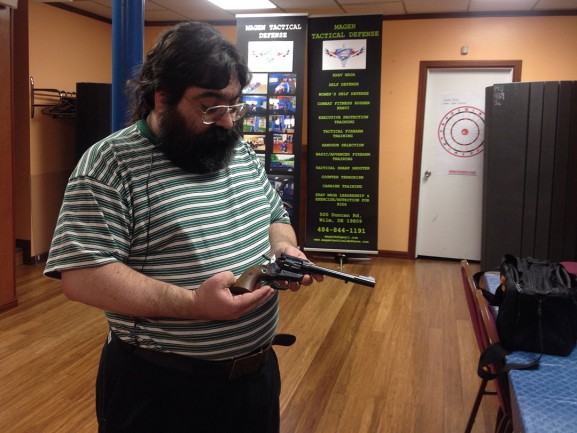 Following last month’s brutal attack and his own experiences in the city, does Greene ever feel unsafe as a gay man in Philadelphia?

“Let me tell you a joke,” he said. “A fellow gets pulled over on route 95 and the cop says to him, ‘By the way, do you have any firearms in the car?’ The man says, ‘Yes. I’ve got a revolver I’m carrying and I’ve got a small .22-caliber Derringer in my other pocket. Also, in the trunk, I’ve got a shotgun.’ The cop is taken aback by this and says, ‘What are you afraid of?’ And the man says, ‘Absolutely nothing.’”

LGBTQ: Toasted Walnut Brings the ‘L’ Back to LGBTQ

When Sisters Nightclub closed in 2013 after serving the lesbian community for 17 years, Philadelphia lacked a gathering space catered to LGBT women. However, with the opening of Toasted Walnut Bar & Kitchen, that need has […]

The month of June is Pride month, celebrating inclusion and the LGBTQ community. The Logan Branch of the Free Library brought Pride to kids with its first Drag Queen Story Hour (DQSH) on Wednesday morning, […]

Philadelphia has a thriving drag community, with drag shows all over the city and an ever-growing population of performers. On any given night, a drag show is likely going on somewhere in town. Throughout history, […]