Philadelphia is known for having some of the most passionate fans in sports. Sometimes that’s a compliment. Other times, Philadelphians intimidate other team’s fans. For Philadelphia residents who are fans of out-of-town teams, gameday can present a dilemma.

Is their team’s game being shown on their TV? Which bar might be showing the game they want?

Luckily, Philadelphia is a city with an incredible selection of sports bars. Some are strictly for Philadelphia fans or are more catered to the local fans. But there are plenty of bars that show all different games, and some bars have become a haven for one specific team’s fans.

Here are five bars for fans of non-Philadelphia teams to feel a bit more at home.

Located right next to the tourist hotspot Reading Terminal Market and SEPTA’s Jefferson Station, Field House (pictured above) has become one of the best places in the city for all sports fans to go to watch games. Serving as both a bar and a restaurant and decked out with over 35 HDTVs, fans of all teams can enjoy watching games year round.

The location makes Field House ideal for any tourists passing through or people stopping at the train station while on a business trip. Even fans of Philadelphia rivals, the New York Rangers, meet up with their fellow fans at the bar. But with 40 local draughts, Field House makes sure it’s customers get a taste of some of the best Philadelphia has to offer. 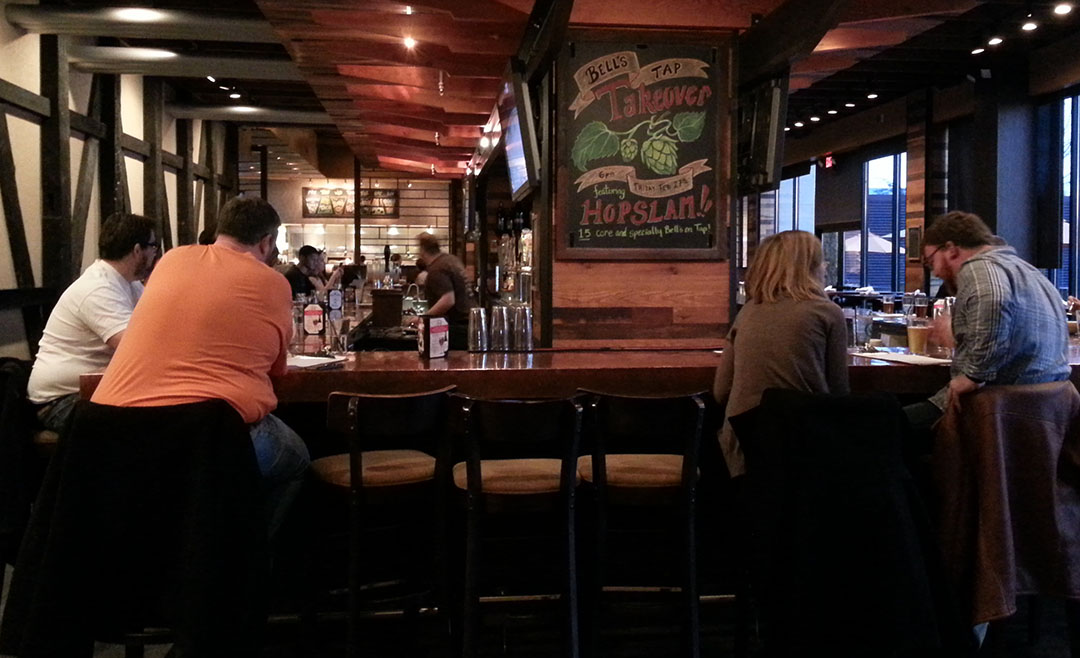 For four straight years City Tap House has been named “Best Bar to Watch the Game” by Philadelphia Beer Scene Magazine and there are plenty of reasons for those awards and for sports fans making this University City bar their gameday location. The bar is surrounded by University of Pennsylvania and Drexel University students but people come from all over the city to this great location to watch the game and try many of the 60 beers they have on tap.

Due to its location, City Tap House has become a great location for out-of-town fans in Philadelphia, in particular the university students, who have come from all over the country and are happy to have a great bar in their backyard. 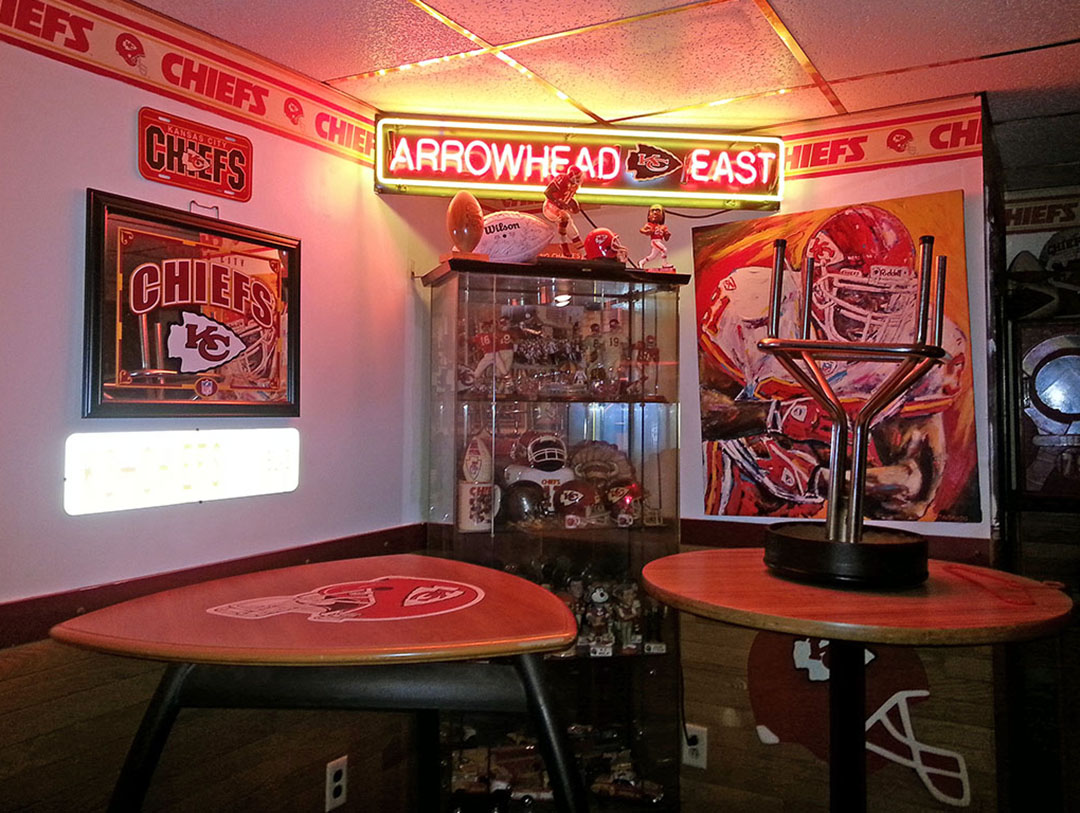 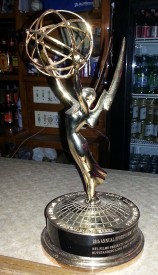 Also known as Arrowhead East, Big Charlie’s has become known across the country as one of the best places outside of Kansas City for Chiefs fans to watch the game. The back-room of the bar is a Chiefs fans only zone and you’d be hard pressed to find a place outside of Arrowhead Stadium with more Chiefs history and gear. The bar has been around since the ’70s but in recent years the number of Chiefs fans who go to Big Charlie’s has increased, in part thanks to an Emmy the bar received for an NFL Films feature about the bar. But the overall welcoming atmosphere of the bar and the fans makes it home. The bar has even been visited by various Chiefs greats, including former head coach Dick Vermeil (also a former head coach of the Philadelphia Eagles).

Thanks to Big Charlie’s, even former Eagles head coach Andy Reid would have a place to go when he visits Philly.

If any Chiefs fans in Philadelphia haven’t been to Big Charlie’s, they should go. They’ll never want to leave. 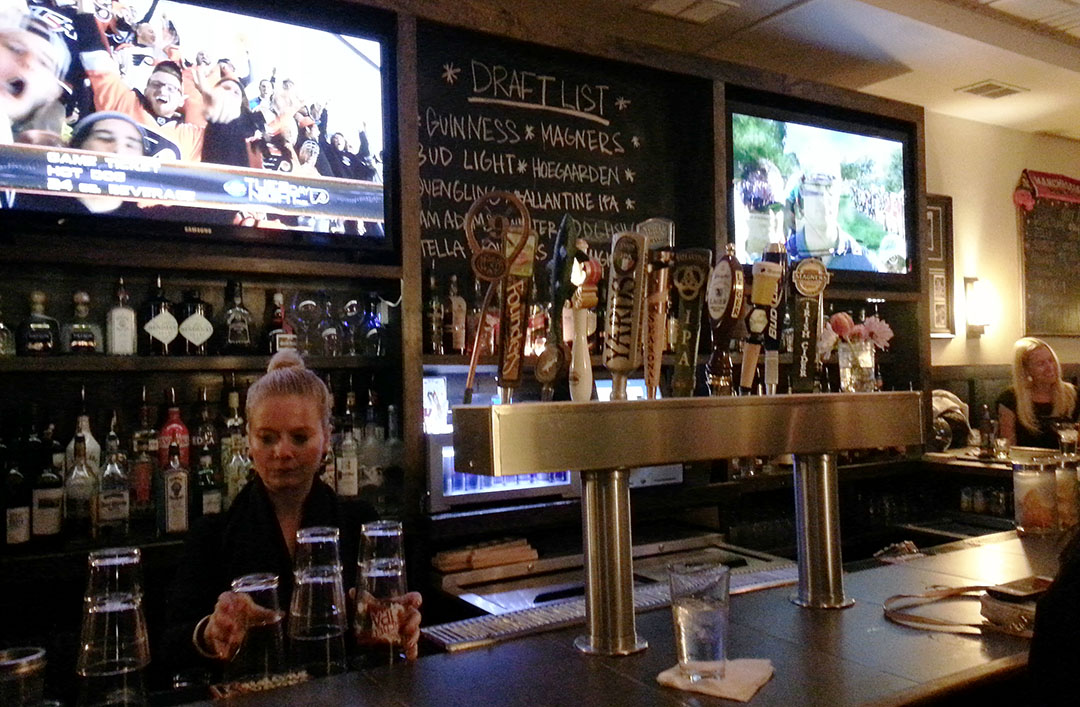 While any sports fan can come in and enjoy great food and drink while watching a game at Smith’s, the bar has really become home to Philadelphia’s contingent of New England Patriots fans.

The bar was of course packed and full of energy when the Patriots won their fourth Super Bowl this year but on any game day, Smith’s can be packed with around 50 or 60 Patriots faithful. Fans who go to Smith’s to cheer on New England have developed a great relationship with the owners, managers and employees of the bar, and it has been their home every football season for around six years.

With a great location in Rittenhouse Square, Smith’s initially hoped to cater to as many different sports teams as possible but the Patriots fans kept coming back with more and more people. Now, on gameday, the fans have their own section in the bar where they can watch the Patriots games, but the rest of the bar is open to any and all fans to come and watch the game. 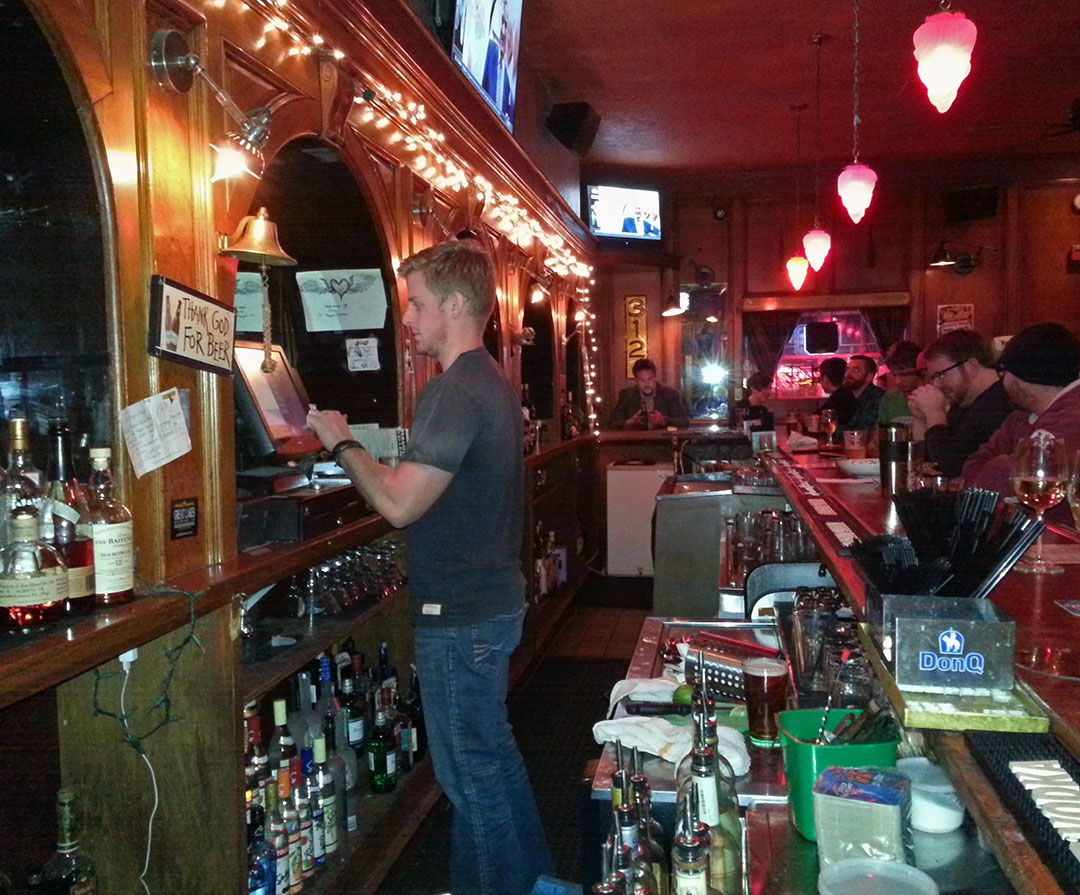 If any sports fans can truly understand the suffering Philadelphia sports fans go through, it’s probably the Cleveland Browns. It might not be for that reason but many Clevelanders have come to Philadelphia and have settled in at Rogues Gallery Bar.

Located on the edge of Rittenhouse Square, at the corner of Ludlow and 21st streets, Rogues has become the spot for Philadelphia’s Browns Backers. So much so that Great Lakes Brewing Company, which has headquarters in Cleveland, knows that Rogues is the Philadelphia bar for Browns fans and the bar always has Great Lakes Beer on tap. If a Browns fan is a member of the Browns Backers, they can register at the beginning of the NFL season to get a Great Lakes Beer that usually costs $6 for $4 every gameday.

These Cleveland transplants picked a great bar to get together at and it is worth it for other sports fans to there as well. Rogues’ great drink selection and food goes well with the great service and welcoming, enjoyable atmosphere of the bar.

– Text and images by Moshe Kravitz and Matt Wallace.

Tech-savvy consumers often look ahead to the next best thing. However, there are times when repairing computers, phones and other devices is a better deal than buying new equipment. There are many tech repair shops [continue reading…]

On the first night of June, residents from Powelton Village and Mantua attended a cooking class at Drexel University’s Dornsife Center for Neighborhood Partnerships, at Dornsife’s Community Wellness Hub. The cooking instruction was led by Alyssa [continue reading…]