“No sense caring about it,” said Richard Connon, owner of Richard’s Bike Shop on Kensington Avenue at Lehigh Avenue. “I can’t do nothin’ about it. It ain’t the first time, they do it a lot of times.”

The 81-year-old has seen graffiti come and go around the West Kensington area.

Currently, Connon’s shop is covered in white letters scrawled out in spray paint. The windows only allow patrons inside mere spaces to clearly view the outside world in between white lettering. He has owned this shop for 55 years and has seen his shop get tagged again and again. 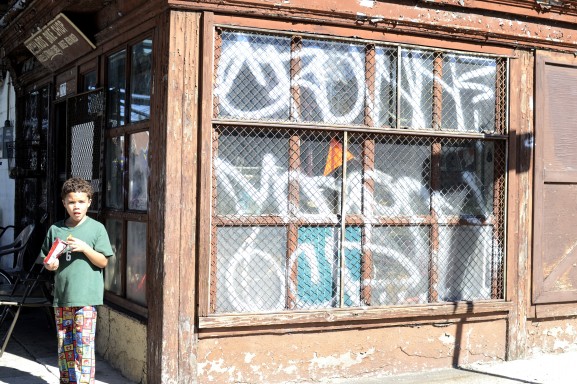 Much like other residents, Connon is not bothered by the graffiti that covers almost every vacant lot and wall in the city. Rather than complain, they have learned to appreciate the street art that canvases the neighborhood.

“Back in the day, we did it to mark our territory, or you know different gang members would do it to say what group you were in. Today, I think they do it, to just write their name down and they don’t even know how to do it right,” said Charles Richard.

Richard, 57 years old, grew up writing graffiti with his friends around the Kensington area. Today, he is highly critical of the styles children are adopting in their art, but he still sees the redeeming quality of graffiti for inner-city youth.

“It’s a bad thing, but it’s a way for young people to express themselves since there’s no playgrounds or nothing for them in the area. You know what I mean? There’s no outlet for them. No jobs for them, it’s a shame. But really it’s not that bad,” said Richard.

Richard’s own home along Kensington Avenue and Lehigh Street has been affected by graffiti. There are names etched into the side and bullet holes and sharpie writing deface his portrait of Martin Luther King Jr. However, Richard doesn’t mind and actually applauds the artistic abilities of his neighbors. He has learned over time that it is important to let children practice graffiti as an artistic outlet in an area where not many arts are supported. 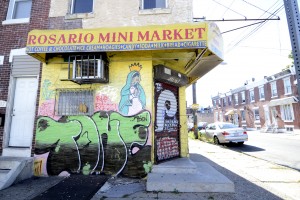 “I think it’s art, it’s an expression to me,” said Brian.

Born and raised in Kensington, he became a graffiti artist at a young age. Brian, 27 years old, would not share his last name, but said his friends have covered the surrounding area in their art. Graffiti, to him and many other young artists, is a way to express oneself in an artistic light. Many people are opposed to the idea, but Brian advocates the ability to create art in negative spaces. 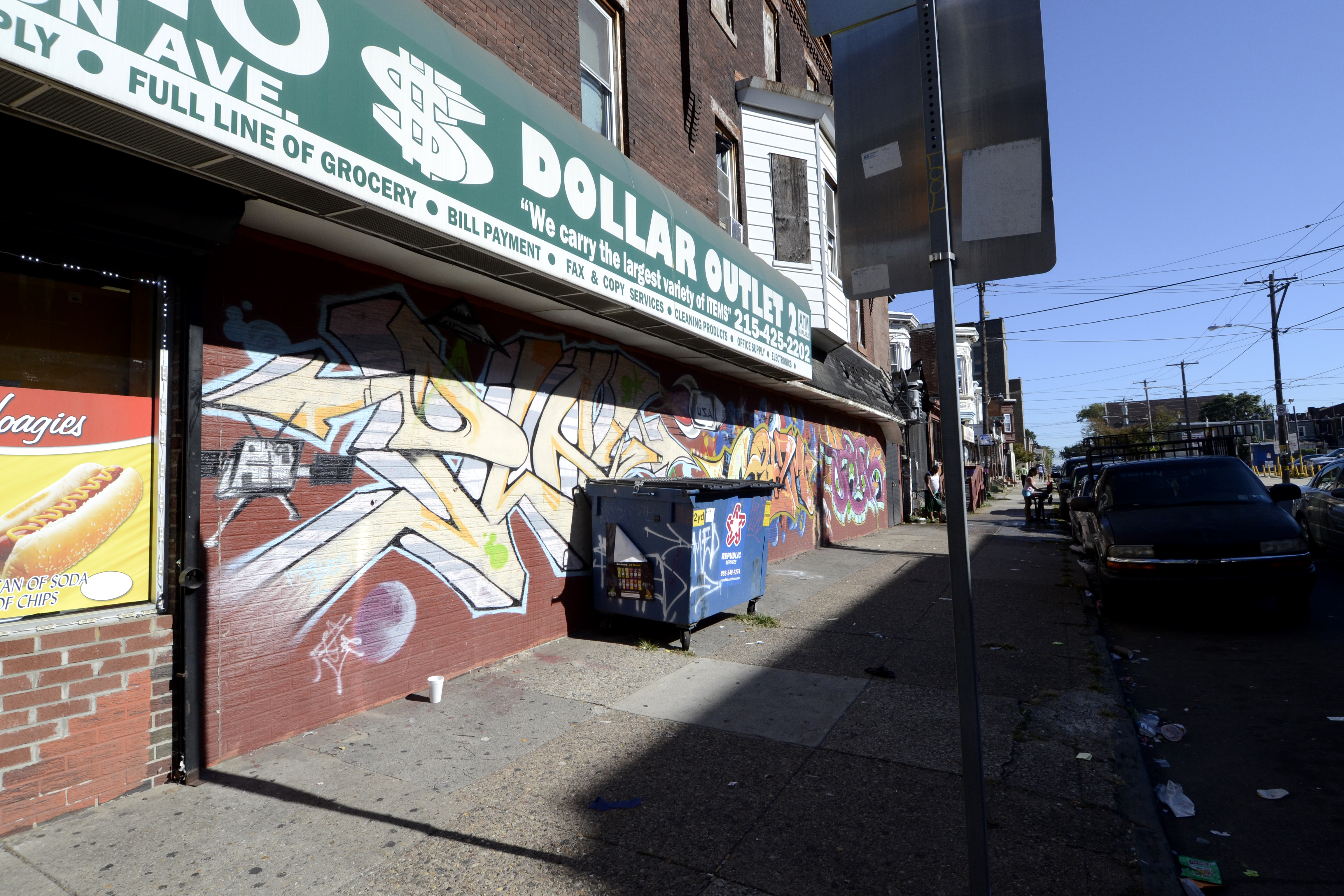 When protesters upset over the closing of the M.H. Stanton Elementary School blocked the intersection of Broad Street and Lehigh Avenue they endured jeers and shouts from motorists inconvenienced by the demonstration. Police had blocked [continue reading…]