It was a quiet and unusually empty afternoon in the auditorium of the polling station at Ridge Avenue and Rector Street. Located right next to the Roxborough Memorial Hospital, volunteers and poll workers were stationed outdoors and indoors, anxiously awaiting a crowd to come in and place their votes for the 2015 primary election.

Throughout the last decade, voter turnout in Philadelphia has been in steady decline. Many poll workers have noticed this recent decline and feel that young voters need to realize the importance of their opinions and come out to vote.

“I think it’s horrible because the young people don’t realize without their vote, we will get nowhere,” said Robert Fahringer, a local poll worker and voter. “We need younger people to vote for mayors who are going to change things. The only way we are going to do that is if younger people get out there and vote.” 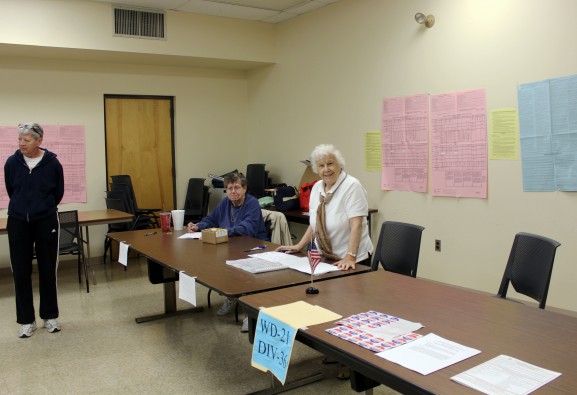 Although the right to vote is something not to be taken for granted, local poll workers have theories as to why people, specifically young adults, feel their vote does not matter. Sylvia Myers, who will be turning 91 next month, has been working as the judge of elections for numerous elections and has seen the decline firsthand.

Myers said their busiest time at the polls was after the workday, but she still was not encouraged by the voter turnout so far.

“I have about 470 people in my division and only 32 people have come in to vote so far,” Myers said around midday. “I think people are discouraged just by the city itself. What is there has not been good. They figure, ‘I am not going to bother. ‘” 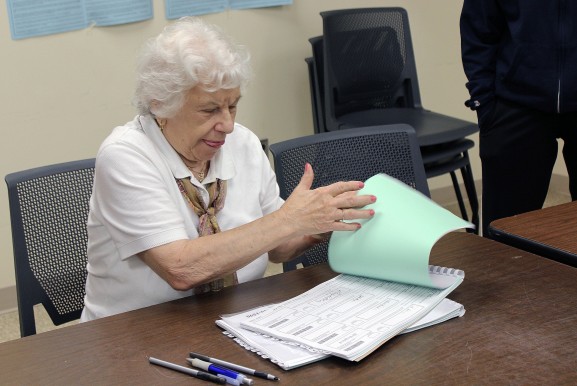 Besides the political corruption that has tainted the city’s past, there are other elements that recently discouraged people from voting. The restrictions on when a person can vote and the lack of education provided about politics are two more reasons voters opted out of voting.

“A lot of people say ‘I can’t vote because I have work,’” said Donna Howley, a poll worker at the auditorium. “I went down to New Orleans after Katrina to gut houses in the lower 9th ward and there they voted on a Saturday. “

Chris McGuigan, a poll watcher from the 26th division, stood outside the auditorium promoting the Democratic Party.

“I don’t know if younger people understand how local elections work,” McGuigan said. “I think that is something that could be given as course in school or something.”

Keith Myers, another poll watcher from the 26th division, agreed with McGuigan but thinks there is no excuse for young people not to be at the polls.

“If they want to have a say in their future, they should get here right now,” Keith Myers said. 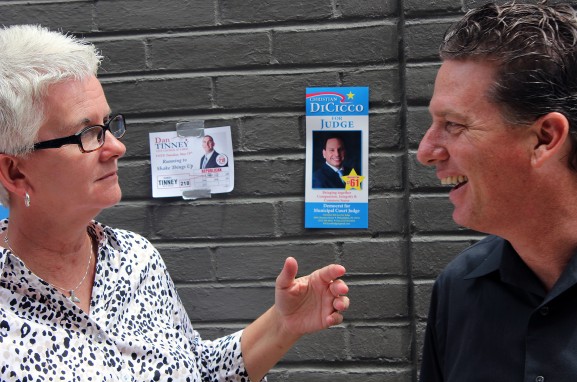 Colleen Roberts, a volunteer for the Republican Party, thinks this problem could be solved if young people get more involved in the voting process.

“I am not very political so I can’t even say I know half the topics, but now that I’m getting into it, it’s really fascinating,” Roberts said. “It is worth it to know what’s going on.”

Many local residents of the Roxborough neighborhood, including Annie Lawlor, also agreed that young people in the area do not realize the importance of their vote. 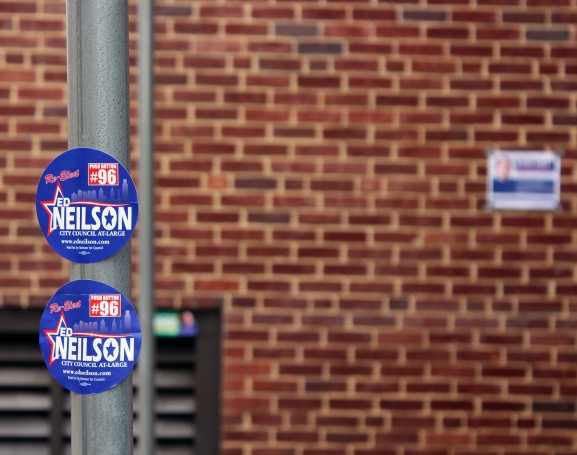 “People don’t understand the importance of how hard it was to get a vote and what people had to go through and still have to go through in other countries,” Lawlor said. “Your rights are so important to you, and they can be taken away so easily. No matter what, if you get to vote, it’s a very precious thing.”

“They are fighting for this privilege in Europe, and here we have it, and our people are very apathetic,” Sylvia Myers said.

– Text and Images by Chelsey Hamilton and Patrick Paul.

Years of planning and hard work went into the creation of the newly opened Venice Island Performing Arts and Recreation Center in Manayunk. An outdoor craft market of about 60 start-ups, home businesses and other do-it-yourself ventures, Philly [Read More]

The primary way democracy thrives and survives is through fair elections. But who exactly is making sure the elections are fair? Is it some far off big-moneyed or well-connected power player? Nope. It’s people from [Read More]

Located in the lush northwestern section of Philadelphia, Manayuk is well known for its booming commercial district centered on Main Street, which runs parallel to the Schuylkill River. The combination of entrepreneurial animal lovers and [Read More]