Residing in the Kensington section of Philadelphia in his younger years, Ken Paul knew he someday wanted to leave his childhood home for greener pastures – in the literal sense of the word. He and his family, Paul said, used to talk about relocating to a more suburban setting.

Naturally, he eventually hopped neighborhoods and settled in Port Richmond.

“We heard they had grass over there,” he said of his current place of residence.

Paul is a Philly kind of guy and he said he likes newly elected Democratic mayoral nominee and South Philadelphia native Jim Kenney for that same reason.

“[Kenney] is a man of the neighborhoods,” said Paul, who openly stated he had voted for Kenney in Tuesday’s Democratic Primary. “He’s from South Philly but he makes himself present. He comes to the different events and not just here – Northeast, Southwest Philly, Northwest – he’s everywhere. He gets himself out there. He knows the people.

“You can take a position, win and never be seen. He’s not like that. He’s always been accessible even when he was a council person and everything else. He’s someone you can approach and you can talk to. If you have a question at all, he’ll be more than glad to stop and talk with you.” 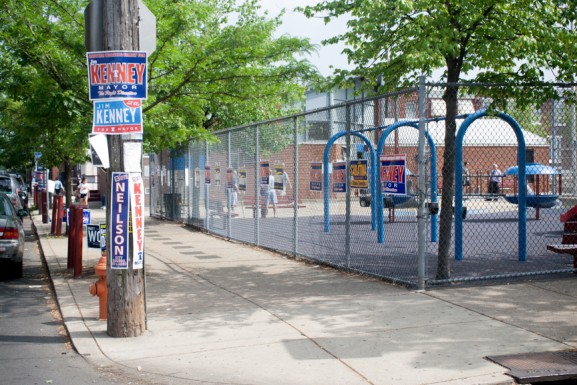 Kenney’s name is a common sight around Port Richmond these days.

“He’s for the people,” Paul said. “He’s a working man and everything else. He’s got a great vision. He was City Council. He knows how things work. He’s had all that time in there, and now he’s looking to work. You have [City Council President Darrell Clarke] … they’ll work hand-in-hand with each other.” 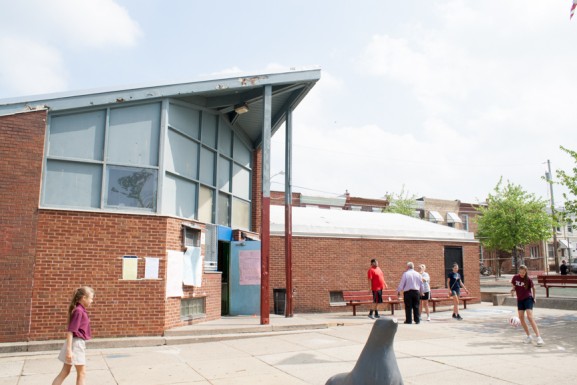 Kenney was elected in 1991 as a Democratic City Councilman at-large and served on the council until he stepped down from his position in early February in light of his forthcoming move to run for mayor, which he announced on Feb. 6.

Some of his priorities while in office, according to his campaign website, would be to push for early-childhood education funding, particularly with Pre-K programs, and to increase wages for the city’s working class.

While Mayor Michael Nutter is also a former City Councilman, Port Richmond resident and voter Charlie McLaughlin said he thinks Kenney and the council would make for an improved relationship at City Hall.

“Even though he was a councilman, [Nutter and City Council] have both been antagonistic with each other,” McLaughlin said. “For some reason they just never got along. They didn’t work well together. I think Kenney and council will work well together. Maybe they’ll get more done?” 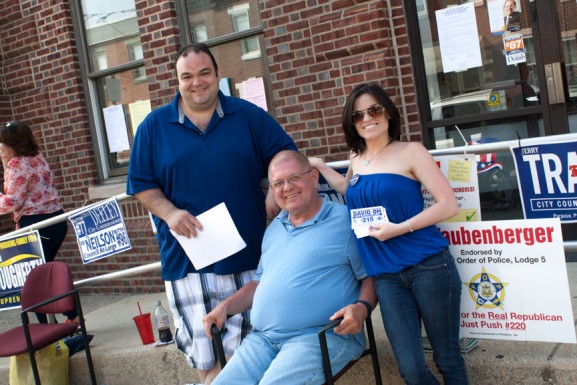 Port Richmond resident and Republican Jim Zebrowski helped out at the polling place at the Police Athletic League of Philadelphia, located at East Clearfield and Belgrade streets, for the City Council Republican Primary. When asked about the six Democratic candidates, he said he’s simply hoping for a different type of change, one that hasn’t happened since the city’s last Republican mayor, Bernard Samuel, left office in 1952.

“The Democrats have been controlling this city for over 70 years,” Zebrowski said. “It’s not getting any better. I know a lot of people – when they get the chance, they’re moving out. In a couple years, I’ll be moving. My wife’s still working. They [politicians] get in office, they stay in there so long, they get complacent [and] they don’t care. They don’t do anything. They just collect a salary every day. … If Kenney wins [Tuesday], he’ll be your next mayor.”

– Text and images by Andrew Parent and Paul Imburgia.

https://vimeo.com/75172055] After battling with the city’s firefighters over their arbitration award, Mayor Michael Nutter pulled an about-face and dropped the city’s appeal of the award. The mayor announced that the city was dropping the award [Read More]

The prominent Fishtown art scene has just taken a new role in engaging local residents and utilizing a green approach for a better community through the neighborhood’s very own mascot: a fish. Throughout Fishtown, people [Read More]

Full of culture and immigrants from around the world, Philadelphia is one of many jurisdictions that serves as a refuge for both documented and undocumented immigrants. In 2017, the United States and much of the [Read More]