Hutchinson’s Bakery, located at 13032 Bustleton Ave., remains a local favorite in the Northeast after more than 25 years of operation and three location moves. The kosher bakery offers many cakes, cookies, donuts and danishes that cater to the demographic of the community. 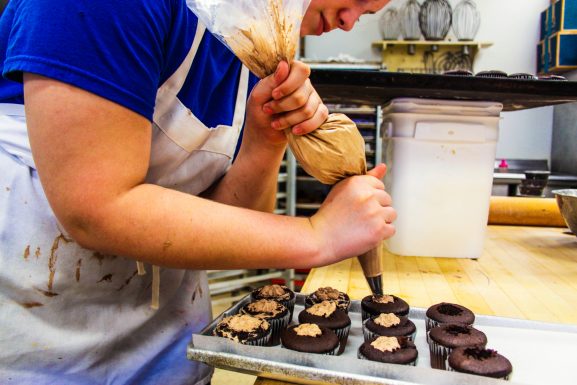 “We always have to have things with no butter, no dairy or anything like that,” said Brianna Morris, a 20-year-old aspiring pastry chef who has been employed at Hutchinson’s for a year. “We’re in a Russian and Jewish neighborhood, so we have to cater to those needs.”

Morris works alongside store owner Bill Hutchinson each day. Usually, she is in the store by 6 a.m. to help Hutchinson set up for the morning rush.

“We go in the back and make all of the donuts and danishes,” Morris said. “Then, we make the cakes, cupcakes, cookies and cannoli ––and everything else–– that we need before we open at 7 a.m. It’s very fast-paced in the morning because we have to get all of the stuff out before we can open.”

Between 11 a.m. and 12 p.m., Hutchinson’s Bakery sees its second rush of the day. This crowd typically includes people picking up a dessert order on a lunch break or bringing in their children for a treat. 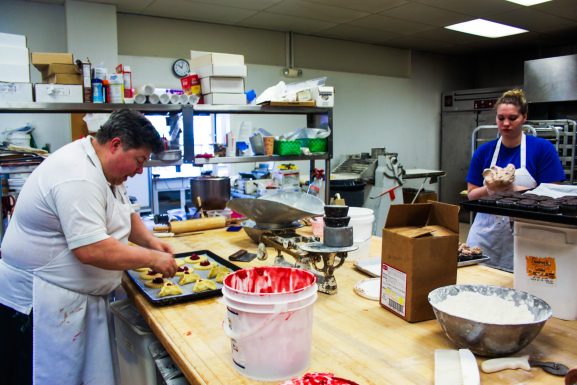 Aside from the traditional Kosher desserts served at Hutchinson’s Bakery, the bakery is well-known for one item in particular: Hutchinson’s Famous Cream Cheese Poundcake.

Hutchinson created the recipe himself and he only shares it with his trusted employees.

“There isn’t even a recipe written down for it,” Morris said. “It’s all just in there, in his head!” 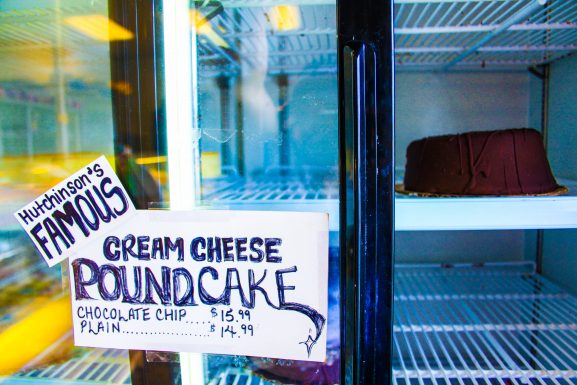 Another treat that is popular at Hutchinson’s Bakery is the Hamantaschen cookie. This cookie is offered with many different filling options and the demand for it reflects the Jewish make-up of the local community.

The interaction between the staff members and the customers is what makes Hutchinson’s Bakery so special, according to both Morris and Hutchinson.

“We have a lot of regular customers who come in everyday for their morning coffee,” Hutchinson said. “We’re not a big walk-in area, unfortunately, but we do get some who filter in from the other stores [in the shopping center].”

The staff at Hutchinson’s Bakery is confident that they will continue to see success in the future.

“It’s not even about the place, it’s about the people,” Morris said. “We have a team going on and we enjoy being in here everyday.”

Though the name may make someone think Delicias Criollas Colombians Bakery only caters to the large Latino community in Feltonville, shop owner Rosemary Paicedo said part of the reason why she loves owning the bakery [continue reading…]

Countless cakes, cookies and other tantalizing pastries fill the cases of Oteri’s Italian Bakery, a family-owned business since 1904. The sweet-smelling bake shop and deli at 4919 N. 5th St. bustles with activity daily. And [continue reading…]

The Brewerytown section of Philadelphia has had its highs and lows but right now, it’s on the rise. Businesses are moving in and plans are being made for the part of the city that was [continue reading…]