Walking down East Passyunk Avenue, you might miss this Italian, family-owned and operated pizza shop. Iannelli’s Famous Brick Oven Bakery may be small but third generation owner, Vincent Iannelli, knows his way around the kitchen.

The 28-year-old Iannelli inherited the bakery from his grandparents, Terry and Mirna, who started the business in 1910. 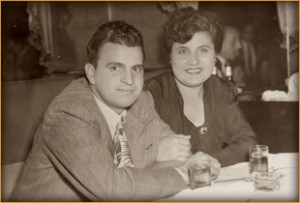 Iannelli’s grandparents opened up shop on 1155 E. Passyunk Ave. to feature their famous tomato pie in the neighborhood. They wanted to introduce the Philadelphia pizza industry to a cheese-less pizza. A tradition that Iannelli continues today.

“We’re known for this,” said Iannelli. “We are best of Philly for our pies. I use my family’s original recipe we’ve used since forever.”

Iannelli is not only the owner and cook. His list of responsibilities include talking to customers, taking care of shipping orders and making sure the bakery is running smoothly at all times. 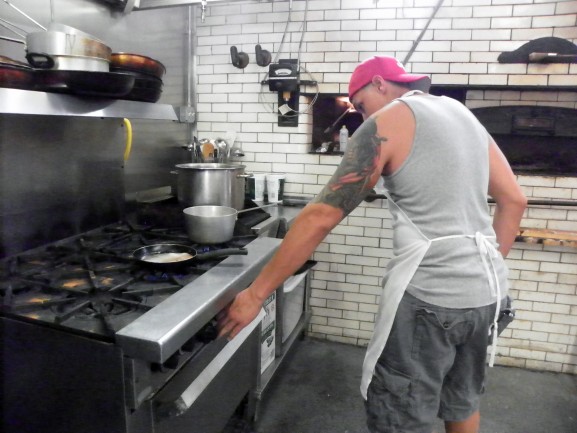 “I live upstairs. I never leave this place,” said Iannelli. “I’m a one stop shop. I do it all. It gets a little challenging at times but if I say I’m going to get something to you. my word is like my handshake.”

Iannelli’s grandfather taught him the importance of doing things yourself and not relying on other people.

Now, after 10 years of ownership, Iannelli calls the shots and has incorporated his own signature style into age-old Italian recipes. 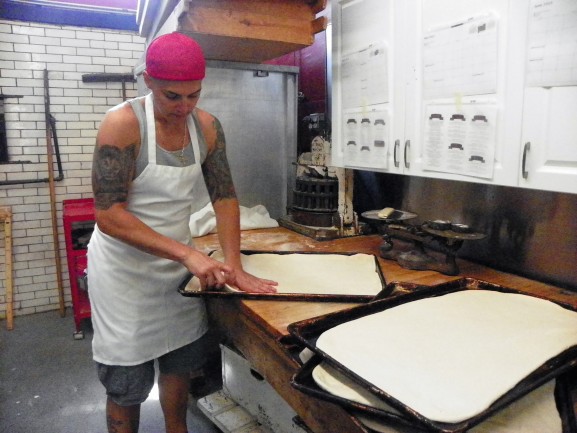 What started out as a small, neighborhood shop, baking fresh bread, tomato pies and cookies, has now turned into a full-blown bakery that offers gourmet cupcakes, cannoli, cookies and more.

“I knew little kids that used to come in here when I was like 10 years-old,” said Iannelli. “My grandfather used to give them a cookie. And they still come here as adults. You have to appreciate the fact that they remember my grandfather giving them a biscotti. You don’t see that today so I try to do the same with the kids that come in.”

Charles Scott, a neighborhood local, recalls that his grandmother used to buy bread at Iannelli’s in the late ‘60s.

“One day, I was walking by and I recognized the shop,” said Scott. “So I went in and the previous owner was working. He remembered my grandmother. It was so nice hearing him talk about her. I’m glad Vince is keeping the family business going.” 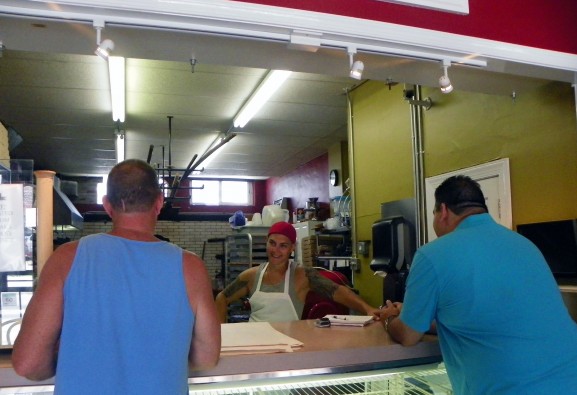 At Iannelli’s, you can smell the pizza before you see it. Wonderful aromas of tomato, garlic and basil linger in the bakery as Iannelli pulls the pies from the oven. A scent that he said never fails to fill him with a rush of memories of earlier days spent in the kitchen making dinner with his family.

Iannelli grew up helping his grandparents in the bakery and by the time he was 17, he was running the place.

“I want people to try something they’ve never tasted before,” said Iannelli. “And nine times out of 10, I think they’re going to like it.” 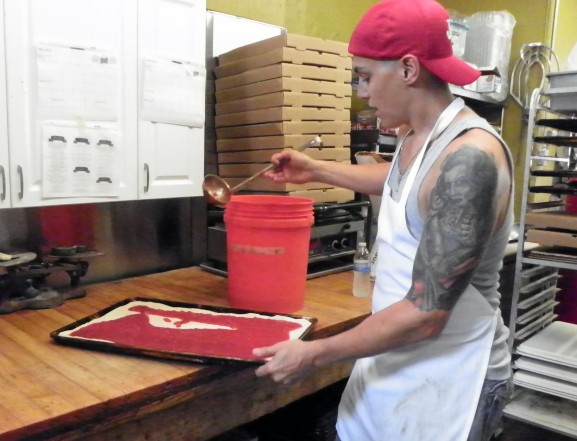 Iannelli said that he tries to offer a personal touch, and likes to joke around with his customers.

“I try not to ever be too serious,” said Iannelli.

Anthony Wright has been an employee with Iannelli’s for the past three years. According to Wright, his first impression of Iannelli was that he was going to be a tough boss.

“He can be a grouch,” said Wright. “But I enjoy working with him. We have so many crazy memories here. Some are happy and some are not so happy.”

Wright said that there aren’t many businesses like Iannelli’s anymore, and that it is good to have in the community.

The only advice Wright could offer up for Iannelli is to get some new oven mitts.

Iannelli thinks of himself as a very motivated guy, who is always working.

When he is not at the bakery, he does real estate, investment and development and has a property preservation company that works with bank-owned properties.

“I am very busy,” said Iannelli. “In the summertime, though, I do goof around.”

Iannelli likes to make frequent visits to the Jersey shore, although he makes sure he brings plenty of food to cook himself.

“We’re probably going to be closed the entire month of August,” said Iannelli, laughing. “But in the winter, it’s all business.”

Iannelli likes to stay busy and can’t picture himself in retirement. 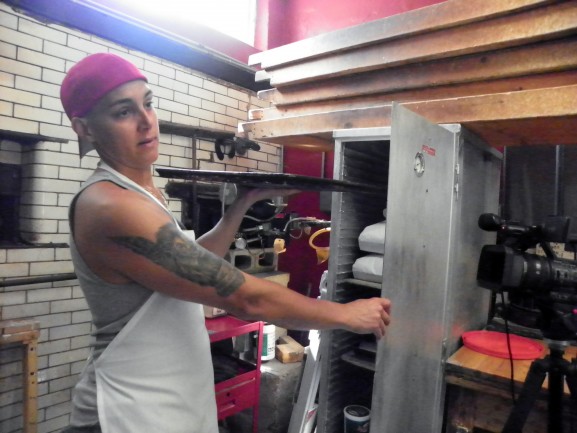 “When he does a job, he likes to do it all the way through,” said Wright. “He hardly stops for breaks.”

With 105 years of service under its belt, Iannelli’s hopes for another century of excellent business. And Iannelli plans to continue running the bakery his way.

– Text, video and images by Christine Irving and Sarah DeSantis.

When William Penn was designing Philadelphia, he mapped out his ideal city by using a grid system. Modern day Philadelphia greatly differs from Franklin’s plans but his first assigned plot of land remains in existence [continue reading…]

Traveling down Columbus Boulevard in South Philadelphia, you’ll see abrupt changes between new developments and vacant piers. One of these eyesores smothered with trash is Pier 68 across from Walmart. Although the pier is not [continue reading…]