The Philadelphia Animal Welfare Society’s Northeast Adoption Center and Low Cost Clinic, or PAWS Northeast, is the largest no-kill, non-profit animal shelter in the region. A team of employees, medical staff and volunteers provide low-cost care to animals in need. 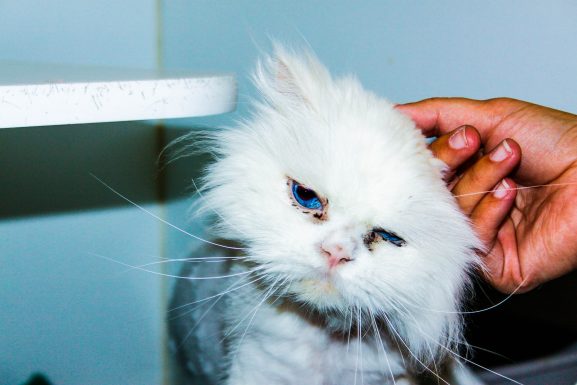 “We were originally called PACCA,” said Maria Decker, manager of the PAWS Northeast Adoption Center, referring to the Philadelphia Animal Care and Control Association. “Then, animal control and PACCA kind of split, and PAWS became its own organization.”

Decker started her career in animal welfare working for animal control. After four and a half years there, she left and began working at the PAWS Northeast.

“They do adoptions by appointment there, just like we do here,” Decker said.

PAWS has a third center at 100 N. 2nd St. in Old City, a more boutique-like setting for adopting dogs and cats.

“The Old City location is very similar to this location, but pint-sized,” Decker said. “It is solely an adoption center and it does not have an attached clinic.” 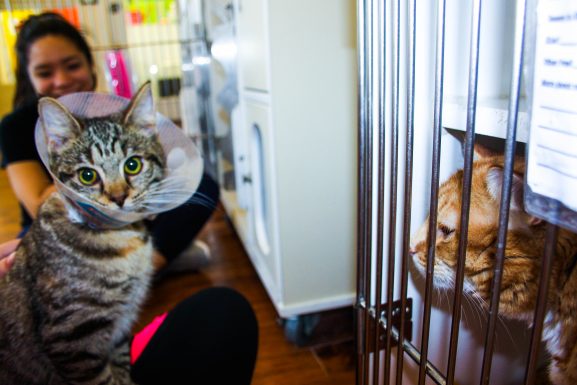 A no-kill shelter, the PAWS Northeast Adoption Center takes in unwanted pets from all over Philadelphia.

“We pull all of our animals from the animal control shelter, which is the city’s largest intake facility,” Decker said. “They take in owner-surrendered cats and dogs, or strays. But, in the city of Philadelphia, cats are clearly much more of a problem than dogs.”

Most of the animals that come into PAWS Northeast have upper respiratory infections when they arrive, especially the cats. The staff and volunteers nurse the animals back to health prior to putting them up for adoption.

“We also nurse kittens,” Decker said. “Once they are big enough, we put them up for adoption as well.”

The center offers a foster program where individuals can apply to take care of the kittens and other animals until they are ready to be given up for adoption. With a limited amount of space at the facility, once the cages are full, the center can’t take in more animals until some are adopted and space becomes available. 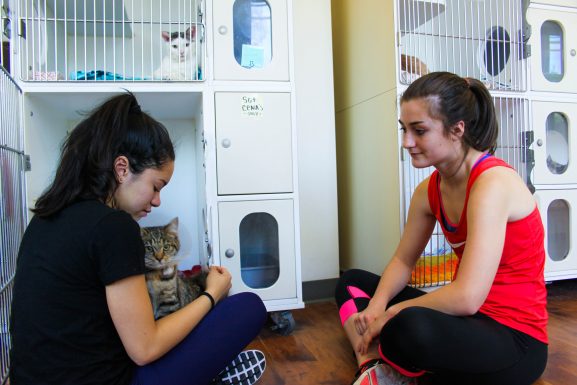 “People come from all over to adopt from us,” Decker said. “We added two new murals of cats and dogs on the sides of the building, so more people have started to stop in on a whim.”

The first step to adopting an animal from any PAWS location is to fill out an application.

“It usually takes a day or so for us to process,” Decker said. “Once the application is approved, we have the adopter come in, do some meet-and-greets, spend some one-on-one time with the animals and then find the best match.”

PAWS Northeast Adoption Center reaches out to the community through its social media pages ––especially Facebook and Instagram–– and various citywide events.

In May, the organization as a whole hosted its 2nd Annual Philly Loves PAWS Day, where nearly 100 participating businesses donated 10 percent of their sales to PAWS.

“We had businesses that donated portions of their proceeds to us and it was literally all over the entire city,” Decker said.

“We are always trying to get as much funds as possible,” said Ashley Matters, an adoption coordinator at PAWS Northeast. “A lot of businesses donate. So, of course we go out and support those businesses in return.”

Matters, a 26-year-old from South Philadelphia, has been working at the Northeast adoption center for a year and a half. Originally a graphic design student, she found her true passion for animal welfare through her volunteer experience.

“Working at PAWS is more than just a job,” Matters said. “It’s a dream come true.”

The most rewarding part of her job is seeing animals going to a loving home.

“Just recently, we had a cat that was here for almost a year,” Matter said. “He was a very quiet, older cat and someone just adopted him. It was a very great experience to see him go to a good home with someone who really appreciated him.”

The adoption process can be emotionally difficult for the employees and volunteers at PAWS Northeast.

For Siani Dan, an 18-year-old student at Upper Dublin High School and volunteer at the shelter, it is definitely challenging to say goodbye to animals she has grown to love. However, the bond that she is able to create with them in their time together is gratifying.

“When I first came here, some animals were really shy,” Dan said. “Now, seeing them come out of their shells, it’s very rewarding.”

“It’s bittersweet,” Matters said. “You know you have a connection with these animals, but it’s great to see them going into a new home where they are going to live in forever.”

“Those moments are what make everything worthwhile,” Matters continued.

–Text, images and video by Michelle Bresnahan and Taylor Carson.

Project MEOW is a nonprofit organization helping to control the stray cat population in West Philadelphia, and it has one very important goal to accomplish: Make Every One Wanted. Founded in 2007 by Beth VanHorn, Debby [continue reading…]