The East Kensington Neighbors Association addresses several important issues going on in its own neighborhood every third Monday of each month at Philadelphia Brewing Company. All East Kensington residents are welcomed to attend the meetings and take part in changes being made in the community.

Onias Timothy Dickson, 32, was initially summoned to attend these meetings in 2011 by his fiancé. Since then, he has been elected the vice president of EKNA. His most recent project was to put together and run the Kensington Kinetic Sculpture Derby and Arts Festival which is EKNA’s biggest fundraiser of the year.

What is your role with EKNA?

I am the vice president at East Kensington Neighbors Association and I am the lead coordinator for the Kensington Kinetic Sculpture Derby and Arts Festival. More specifically, the arts fest portion. It’s a joint endeavor between New Kensington Community Development Corporation (NKCDC) and EKNA. 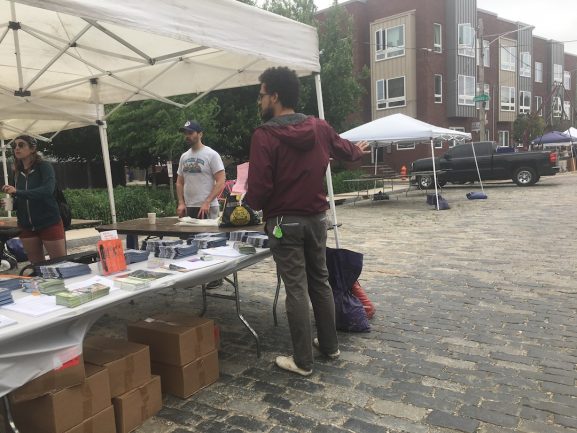 What are some issues that come up in the monthly meetings?

The EKNA has committees: education, safety, public interest, zoning, preservation and green spaces and arts fest. The more vibrant committees and I don’t want to frame it like one is better than the other, but again, the needs of the work seems to be based on the needs of the community and those needs center around zoning issues and green spaces because this used to be all factories here.

In our community, parking has not been such an issue. It sounds like a petty thing but it is becoming more of an issue. With regards to what the organization does in general, it shifts with the needs of the community. 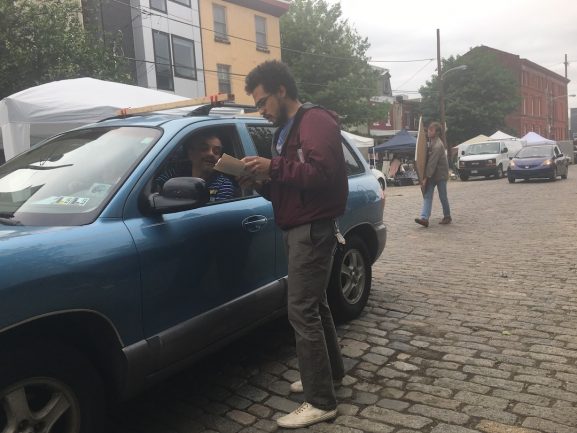 What was your involvement with Arts Fest this year?

I was there from 7:30 a.m. -7:30 p.m. I watched every vendor leave. I think you could run it with eight good volunteers. We had about 10, maybe seven at a time. So you know, seven people ran the show. It’s not that difficult. We’re on the ground, were making sure it’s independent people – not a Verizon tent there. That the food trucks have their permits…but when it comes to city-facing responsibilities, CDC is the ideal place. This is our fundraiser for the year, because we’re volunteer-run. We’re nonprofit. We take the money that’s ours and we split it with the CDC. 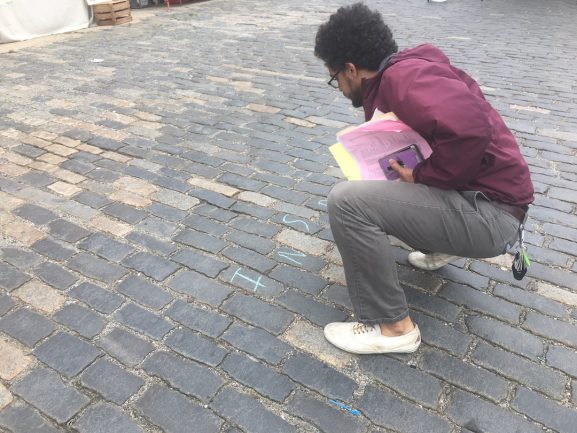 How long does it take to prepare for an event like this?

It’s a big event. We start looking forward to it in December. We do some work in January, we sign the MOU and we start our promoting as soon as we can. We also open registration at the end of February. The good thing is we don’t have to do a whole outreach for vendors. They always know it’s happening. 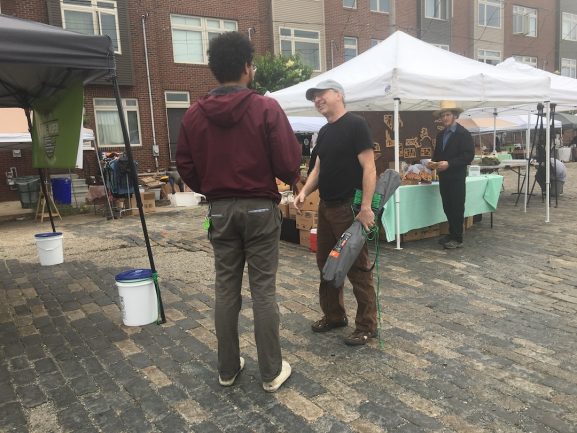 Why did you choose to run for vice president of EKNA?

My ambitions have always been sort of steepening. I just like organization. It’s an interest in collaborative production and the performance of community. I like to participate in the neighborhood. There’s nothing satisfying about getting in your car, going to work and coming home.  I think it’s fun to get in there and mix it up. And it’s even better if you can show that these little groups can make tangible change. 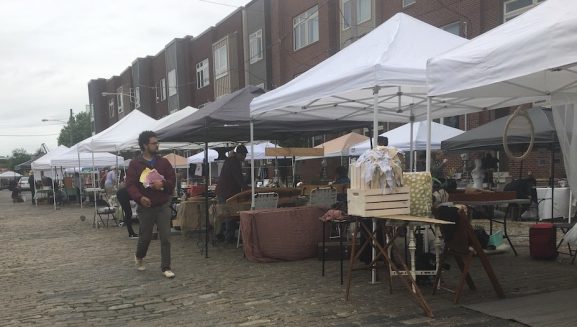 How do you think EKNA is making a difference in the community?

I would use the derby and the arts festival as examples. Part of it is to create a context where neighbors are able to interact with one another. When you look at the derby and the arts festival, people are actually performing collaborative work. There’s two clean-up days annually across the entire city. When you do these cleanups, it brings new people out and it just reforms that act of community.

– Text and images by Danielle Nick and Erin Kelly.

Trash is an issue every community has to deal with. Whether it be where to put it, how to get rid of it or who is in charge of it, there is plenty of room [continue reading…]

https://vimeo.com/41123683] Finding a really helpful neighbor can at times be difficult in some urban areas, particularly on blocks where one-third of the properties are abandoned and vacant. However, if you live on the 900 block [continue reading…]

The Landvest rent-to-own real estate scam in Kensington has only begun to take its toll on the community. With several open legal complaints underway and many of the over 400 Landvest properties changing ownership, it [continue reading…]