West Oak Lane is a vibrant residential neighborhood in Upper Northern Philadelphia that is home to one of the United States’ 135 national cemeteries.

On the corner of Haines Street and Limekiln Pike lies the Philadelphia National Cemetery, an armed forces cemetery established in 1862. This burial ground contains the graves of soldiers who served in every major US war since the American Civil War, including a few notable historical figures. The site also houses a few war monuments worthy of a closer look. 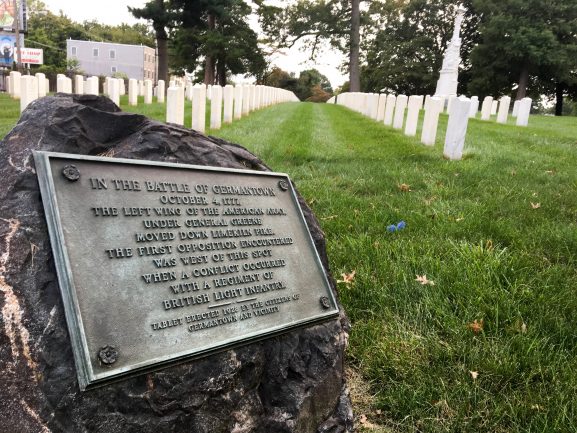 The Battle of Germantown

On Oct. 4, 1777, the Left Wing of the American Army, marched down Limekiln Pike and was met by a regime of the British army, sparking the beginning of the Battle of Germantown. Here, 152 American soldiers would lose their lives.

The division of the Continental Army that participated in this battle was led by general Nathanael Greene, considered by historians to be one of George Washington’s most dependable and talented officers. A monument commemorating the Battle of Germantown sits right at the entrance of the Philadelphia National Cemetery, only a few blocks from where the battle took place. 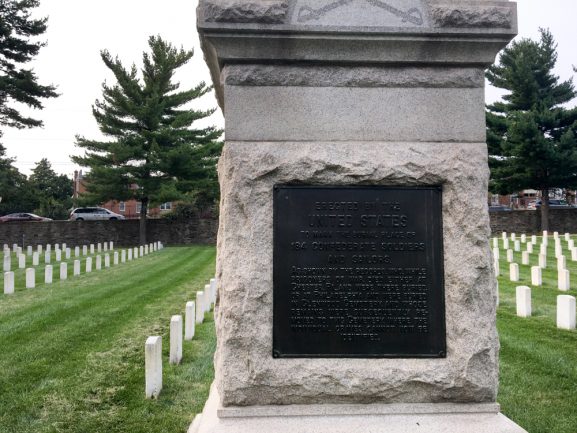 One block of the Philadelphia National Cemetery is the final resting place for 184 Confederate Soldiers who died as prisoners of war. In 1911, just before World War One, the United States government erected a monument dedicated to these men which now stands as a towering landmark amongst their graves. 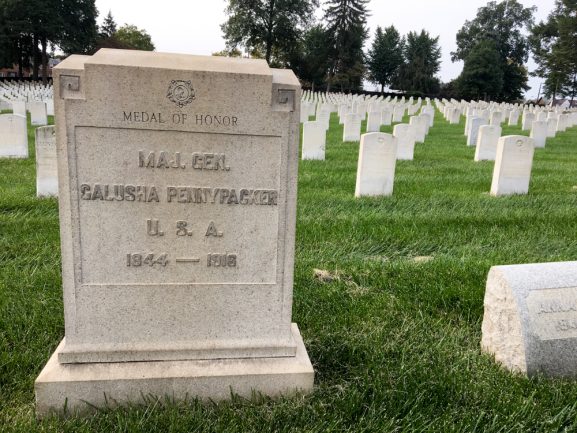 The Grave of Gen. Galusha Pennypacker

Born June 1, 1844 in Valley Forge, Pennsylvania, Galusha Pennypacker came from a long line of military men. At the age of 16, Pennypacker joined the 9th Pennsylvania Infantry as a quartermaster sergeant and from there rose through the ranks eventually earning the rank of Major General. He is widely considered to be a war hero based on his performance during the second Battle of Fort Fisher toward the end of the American Civil War.

During the second Battle of Fort Fisher, Pennypacker suffered an injury that was initially deemed fatal, but miraculously survived. He was later awarded the Medal of Honor with a citation that read, “Gallantly led the charge over a traverse and planted the colors of one of his regiments thereon, was severely wounded.”

Major General Galusha Pennypacker ultimately died in Philadelphia on Oct. 1, 1916 due to complications from injuries sustained during the Civil War, his grave is in the officer’s section of the Philadelphia National Cemetery: No. 175. 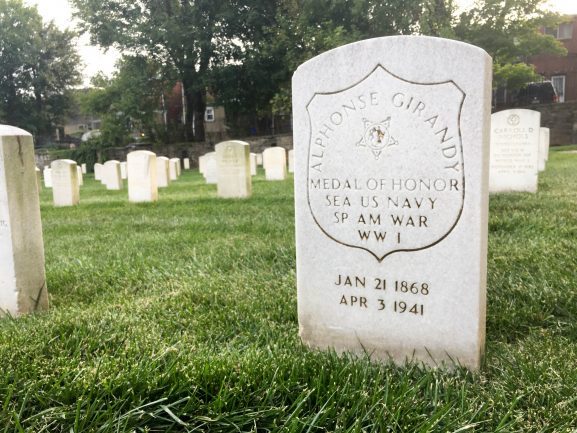 The Grave of Seaman Alphonse Girandy

Alphonese Girandy was an American Navy sailor who served during the Spanish-American War. He was born in the French West Indies before immigrating to the United States. He began his military career serving on the USS Brooklyn, then he re-enlisted and was placed on the USS Petrel.

In 1901, the USS Petrel caught fire below deck and four men descended in order to fight the blaze. When they did not return, Girandy went below deck himself and pulled them out.

In 1902 Girandy was awarded the Medal of Honor for “heroism and gallantry, fearlessly exposing his own life to danger for the saving of others,” during his time on the Petrel. As a civilian, he lived in Philadelphia before passing away in 1941 at the age of 73. He is buried at the Philadelphia National Cemetery, Section N; Grave 6. 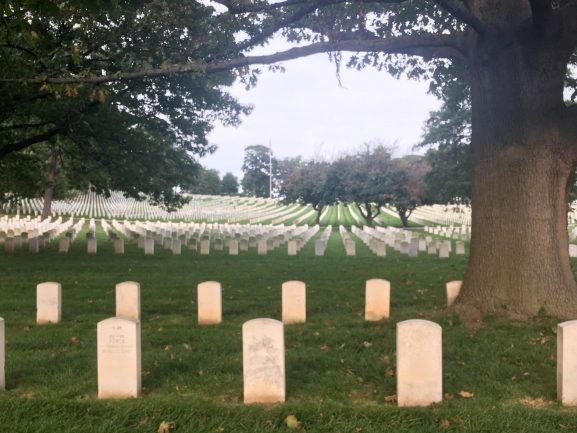 A notable representation of the historical value of this cemetery is that it is the final resting place for 66 Buffalo Soldiers. The term “Buffalo Soldier” comes from what the Native Americans called all Black regiments during the Indian Wars and refers more broadly to the 9th and 10th cavalry Regiment and the 24th and 25th Infantry regiments, all African-American and all formed in 1866.

While it became more and more common for African-American units to be formed after the Civil War, the “Buffalo Soldiers” were the first all-black peacetime regiment in the United States.

-Text and images by Alyssa Feitzinger and Matthew Bevan.

Germantown residents and visitors were privileged to learn about the stalwart black troops who trained nearby. The free event “Saluting Camp William Penn,” which took place in the parlor of the Ebenezer Maxwell Mansion, opened [continue reading…]